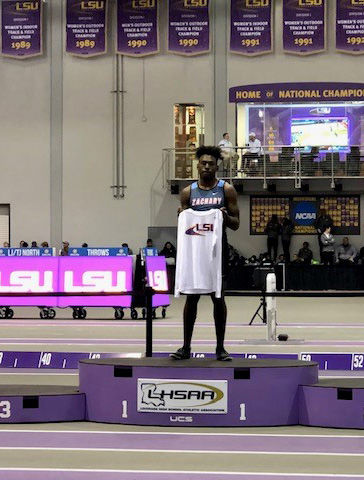 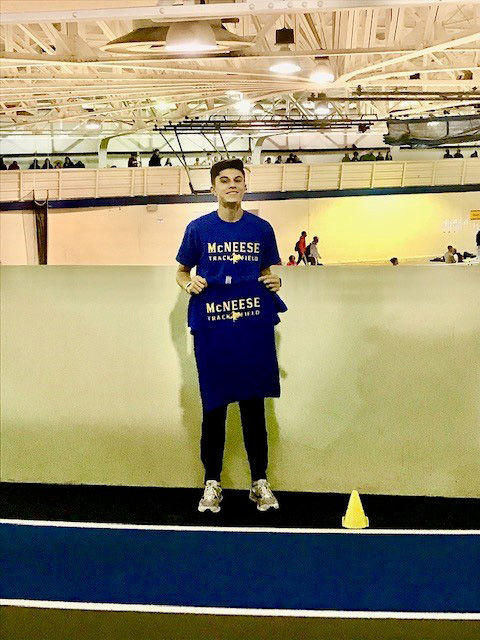 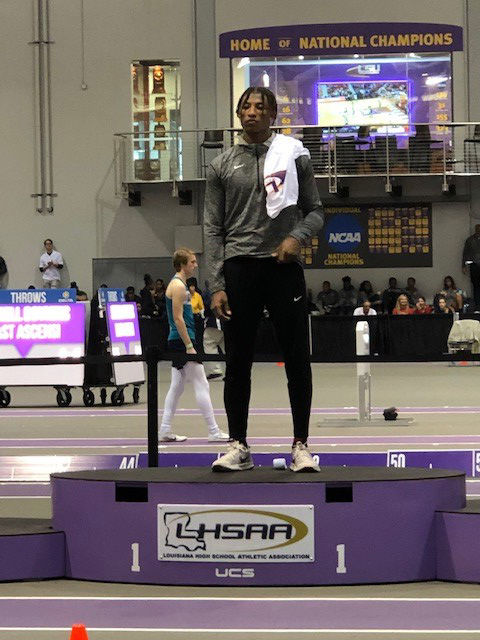 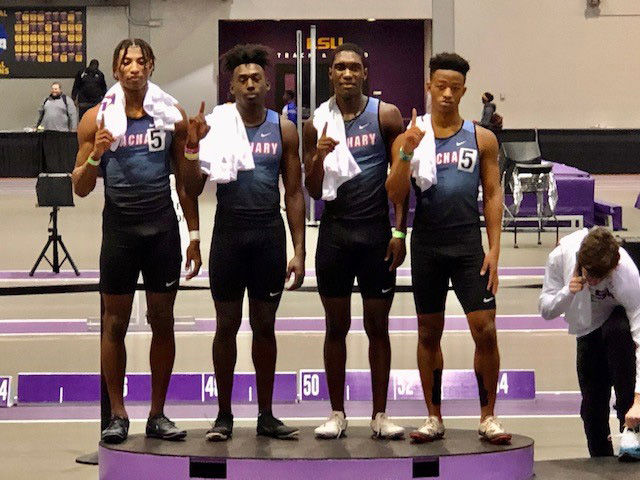 Zachary High School winter sports are in crunchtime with playoffs and other championship opportunities looming. The Broncos winter sport teams are in the thick of it with the opportunity to bring back state championship gold in multiple sports.

The Broncos lifters will compete in the regional meet Feb. 28-29 at Woodlawn High. On the season thus far Davis said, “The kids have been working extremely hard, and it has been a joy to work with them. Hopefully we will see some of our lifters become regional champions and many of them qualify for the state meet in March at (the University of Louisiana at Monroe).”

Coach Chris Carrier’s indoor track and field team will compete in the LHSAA State Championship Feb. 22 at LSU. Thus far in 2020 the indoor track team set records along the way. Freshman Rhen Langley set Zachary High records in the 3200-meter (10:07) and 1600-meter (4:37) and was a leg on the first place 4x800 meter relay team at the McNeese indoor meet Feb. 1. Chris Hilton set the national mark in the high jump (6’10”) at the LSU Qualifier meet Jan. 25. Hilton joined Sean Burrell, Kelante Lazard and DeJarian Jones at the LSU qualifier meet to win the 4x400 meter relay, setting a meet and Carl Maddox Field house composite record winning time of 3:22.68. Burrell won the 60-meter hurdles in a meet record and Top 10 national mark time of 8.08. In January, Burrell ran the 400-meter in 48.63, one of the fastest indoor times this year nationally, at the LSU High School Classic.

The wrestling brain trust of head coach J.P. Pierre and assistants Ben McHugh, Steven Thomas and Frank Barbrie will bring the Broncos to Bossier City for the LHSAA State meet Saturday and Sunday . The Broncos finished fifth at the 51st Greater Baton Rouge City Championship on Jan. 31 and Feb. 1. Top placers for the Broncos included Ethan White (4th at 106), Dennis White (4th at 132), D’Tre Williams (4th at 160) and Javion Batiste (3rd at 170). Sophomore Ashton Freeman (18-5), who won the Ken Cole Classic at 220 the previous weekend, finished second at 220 in a nail-biter 2-1 decision.

Head coach Jonathon Simmons and assistant Hope Yantis led the Lady Broncos soccer team to a winning record (10-9-2) that included a five-game winning streak. The Lady Broncos finished with a 31 seed power ranking, not enough for the playoffs.

The boys soccer team finished the season 15-6-4 with a 19 seeding in the power rankings. The boys opened the Division I LHSAA playoffs on the road against the 14 seeded Baton Rouge High Bulldogs and were defeated 3-1.

At the time of writing the girls basketball team (23-5) has a power ranking of 6 with a season and district finale Friday at Scotlandville before making their playoff run for a 5A title. If coach Tami McClure can keep the Zachary girls winning and maintain their power ranking, the team should have multiple home playoff games.

Similarly, coach Jon McClinton’s boys basketball team has a power ranking of 4 at the time of writing and a record of 23-5. Remaining games include a rematch against 2019 State Champion and district rival Scotlandville in the Havoc House on Friday, a road game at Central on Tuesday, and a season finale at home against 2019 Class 5A runner-up Walker on Feb. 21. Home playoff games are on the line.