Gov. John Bel Edwards on Thursday blasted a movement by some GOP state lawmakers to cancel his emergency declaration on the new coronavirus in order to end his stay-at-home order on businesses and residents, calling it “nonsensical.”

“That would just be completely irresponsible and nonsensical to be the only state in the nation without an emergency declaration in place for the public health emergency of COVID-19,” Edwards said at a press conference.

'Doing nothing is not an option': Effort in motion to squash Louisiana's stay-at-home order

As Gov. John Bel Edwards traded plaudits with President Donald Trump at the White House over how each has handled the coronavirus, a partisan …

Edwards noted the state currently has the sixth-highest rate of cases per capita in the U.S., and he said cancelling the emergency declaration would disqualify Louisiana from millions in federal funding.

“Silly is not the right word,’ Edwards said. “It would be profoundly regrettable.”

Republican state Rep. Alan Seabaugh on Wednesday circulated a draft petition that would use an obscure part of state law that allows a majority of either the state House or Senate to end an emergency declaration. 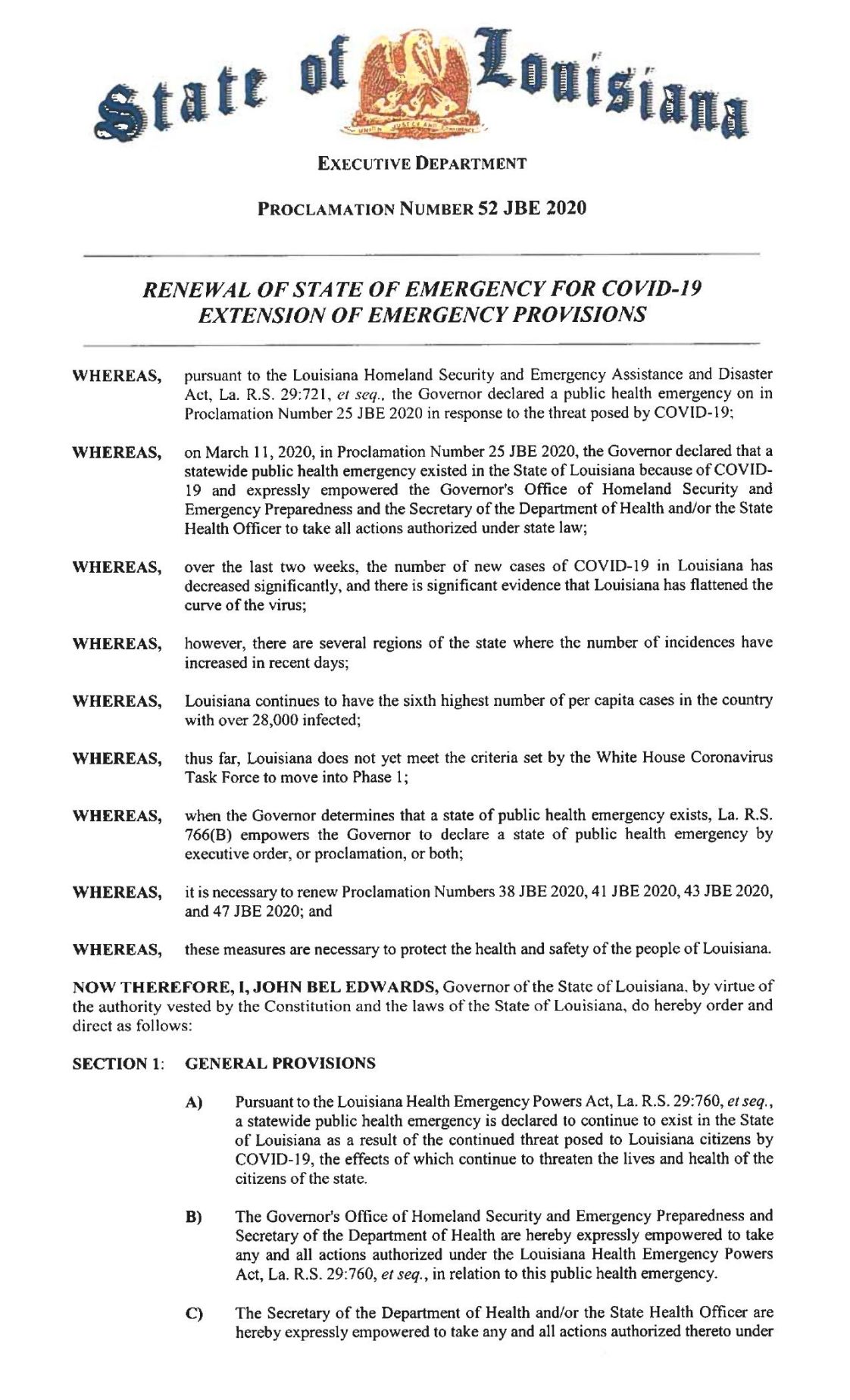 The effort is a long shot to pass. It would end the state’s stay-at-home order, which Edwards formally extended Thursday until May 15th. But it would also cancel school closures, revoke bans on price gouging, end the suspension of legal deadlines and result in a “crushing loss of federal funding,” Edwards’ chief lawyer Matthew Block wrote in a letter to legislative leadership.

“This may not be a perfect solution, but it is the only one on the table,” Seabaugh said in an email to his Republican colleagues Wednesday. “Doing nothing is not an option!”

Republicans in the state Legislature were widely incensed by Edwards’ extension of the stay-at-home order, after the governor hinted to them and publicly that he hoped to begin reopening businesses on May 1. Health experts advised him the state was not ready on May 1, though Republicans say the governor should reopen different parts of the state at different times.

A day after West Feliciana Parish unveiled plans to allow restaurants to serve diners and to let other businesses reopen, the parish president…