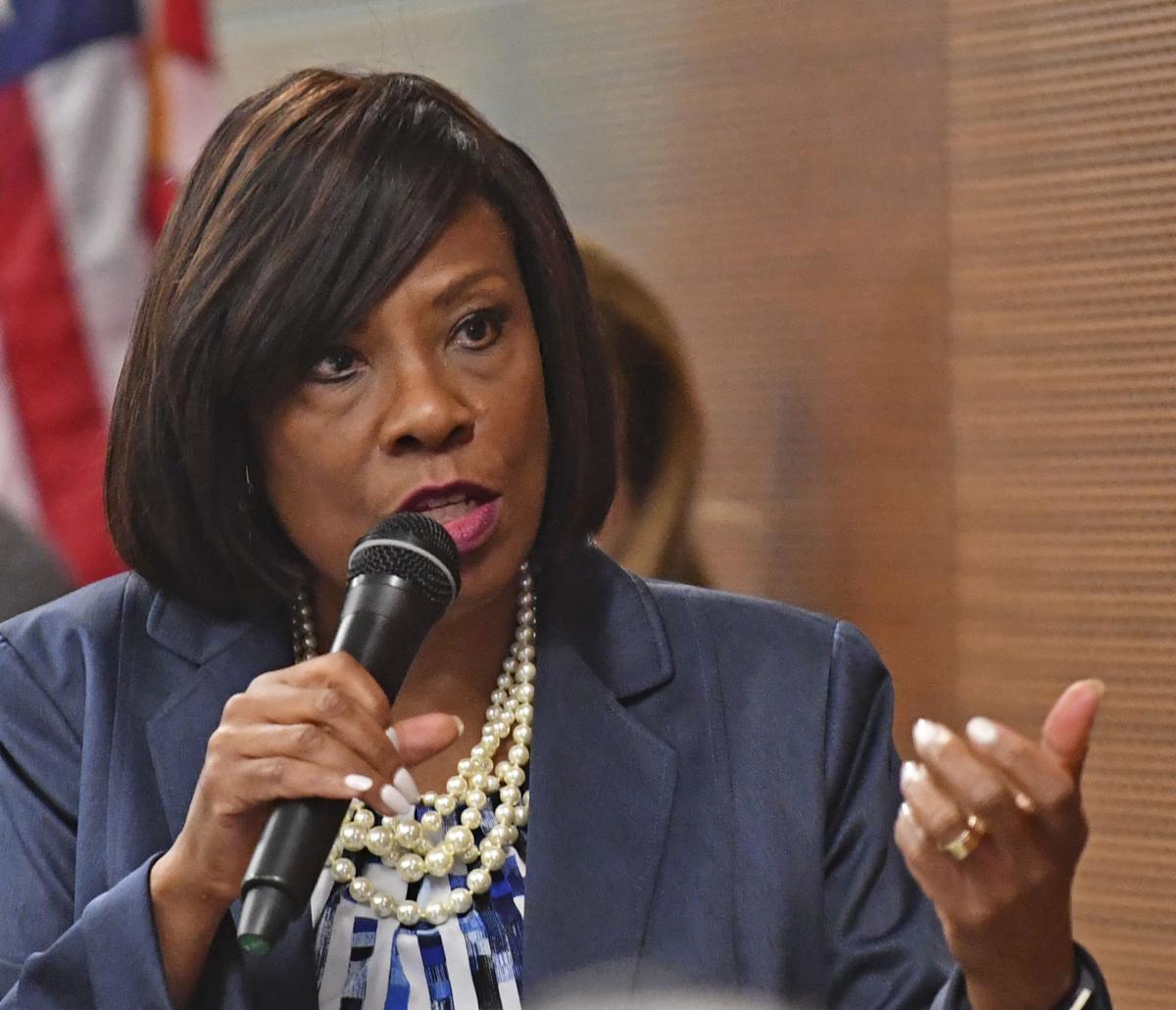 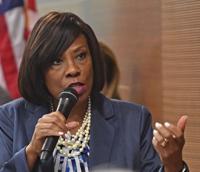 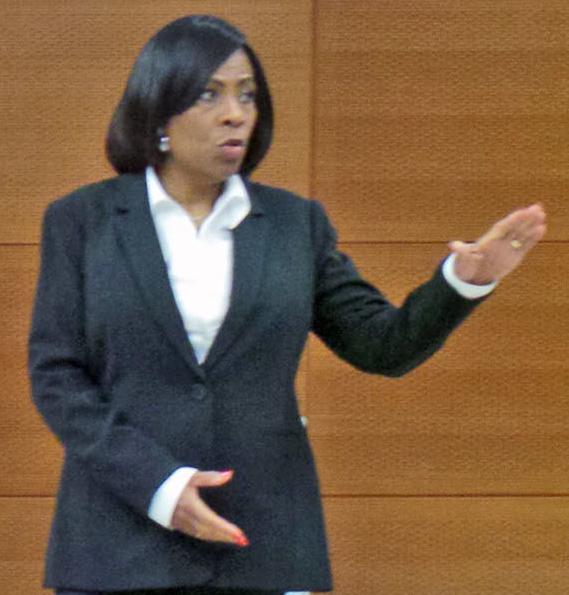 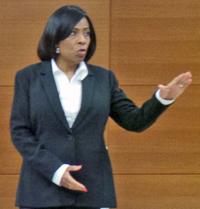 Mayor-President Sharon Weston Broome on Thursday postponed all publicly sanctioned events this weekend "until further notice," as the state and nation continue to grapple with the outbreak of the novel coronavirus.

Broome’s announcement was one of many moves local leaders made Thursday to try to deal with the expected arrival to the Capital region of this global pandemic.

The annual Wearin' of the Green St. Patrick's Day parade in Baton Rouge has been postponed because of coronavirus, organizers announced Thursd…

The most prominent casualty of Broome’s decision was Saturday’s Wearin' of the Green St. Patrick's Day parade in Baton Rouge, one of the city’s largest annual parades. Other weekend events no longer happening include the Baton Rouge Spring Garden Show at LSU, also planned for Saturday, and all sponsored games of the Louisiana Soccer Association. For a list of event closures go here.

All LSU sporting events were suspended through March 30, part of larger move by the Southeastern Conference. That upended planned games, starting this weekend, of spring football, baseball, beach volleyball, gymnastics, softball, tennis, and track & field programs all had events scheduled.

The event calendar also thinned out for the next several weeks, ranging from the Baton Rouge Symphony’s March 19 show to the Angola Prison Rodeos planned for April 19 and 20, which will be held at a later date.

During a press conference the mayor streamed live on her Facebook page Thursday morning, Broome said she was encouraging anyone having private gatherings in the days to come to consider cancelling them as well.

"According to experts who specialize in infectious diseases, this is an essential step to protect our residents from the introduction and spread of this virus," Broome said in her prepared remarks Thursday morning. "My office is in continuous communication with officials at all levels. We will continue being transparent with the information we are providing."

Broome said the organizers her office reached out to understood her decision was the best decision for the community.

The St. Patrick’s Day parade for days had been resisting calls to not roll this weekend, but relented Thursday morning. Just before the mayor spoke, the parade posted on its Facebook page that it understood the city’s decision and would abide by it “out of an abundance of caution.”

“However, we see this not as a cancellation but as a postponement,” the group posted, adding they parade “will roll” at an undetermined date in the future.

The spring garden show at LSU won’t get another shot this year, though.

“Timing is critical in planning and we felt (canceling) was the best decision at this point,” said organizer Sandra Stevenson. “We will have it on schedule next year.”

Not every big event this weekend is off.

Louisiana Sportsman Show, a privately sponsored event that began Thursday morning at Lamar-Dixon, is expected to continue through 5 p.m. Sunday.

Broome also had words Thursday for anyone who does go out this weekend.

"If you plan to attend an event this weekend I strongly encourage you to exercise discretion and practice social distancing by refraining from hugging, kissing and shaking hands. And I know this is often challenging for us and our culture," she said.

Hospitals across Louisiana, including ones in Baton Rouge, began screening visitors, patients, physicians and employees for possible infection before entering thanks to an order issued by the Louisiana Department of Health that is in effect for 30 days. The department is also urging facilities to limit or restrict all elective medical procedures for the next 30 days.

At Baton Rouge General, the changes mean that incoming patients with a temperature of more than 99 degrees will be asked to wear a mask. And both Baton Rouge General and Our Lady of the Lake are barring any visitors under the age of 12 and specifying that no more than two screened visitors may be with patients at a time.

While several colleges in Louisiana, including LSU, announced ending face-to-face instruction, K-12 public schools continued with in-person schooling Thursday. The exceptions were two charter schools in New Orleans that have decided to close at least for a couple of days.

The Louisiana School for Math, Science, and the Arts, or LSMSA, a state-run boarding school in Natchitoches, announced Thursday it will close up shop for two weeks and move to remote instruction.

Both the East Baton Rouge and Iberville Parish school systems on Thursday stopped short of closing Thursday, but announced changes aimed at limiting the chances of kids getting infected.

Both school districts announced they are suspending all travel domestically and internationally, including field trips, by students and employees. The travel ban starts Monday. East Baton Rouge continues “until further notice,” while Iberville’s ends March 31. In both cases, the hope is to postpone rather than cancel outright any trips.

If coronavirus closes Baton Rouge-area schools, will students attend from home? It's 'feasible'

East Baton Rouge also announced it is canceling all school events, except high school athletics, that would bring onto campus individuals who are not in the “school family.” Normal daily school activities would continue as-is, including after school activities. But events such as “Muffins for Moms” are being discontinued.

“Every one of us is in favor of keeping school open,” he said.

But he added that may change if “multiple cases” of coronavirus start showing up in Baton Rouge schools.

To justify staying open, Drake and other local school leaders have pointed to the stablizing force of schools in the lives of families. Closing school buildings, by contrast, would force a challenging transition to remote education , complicate getting students needed services and disrupt instruction just weeks before standardized testing is to start.

As far as high school sports, Drake said he’s monitoring action taken by the Louisiana High School Athletic Association. Middle school sporting events, however, are being canceled or postponed starting Monday, though teams can continue to practice, he said.

Louisiana coronavirus count rises to 13 as virus spreads across state

The number of Louisiana’s coronaviruses cases rose to 13 and spread across six parishes Wednesday, as Gov. John Bel Edwards declared a public …