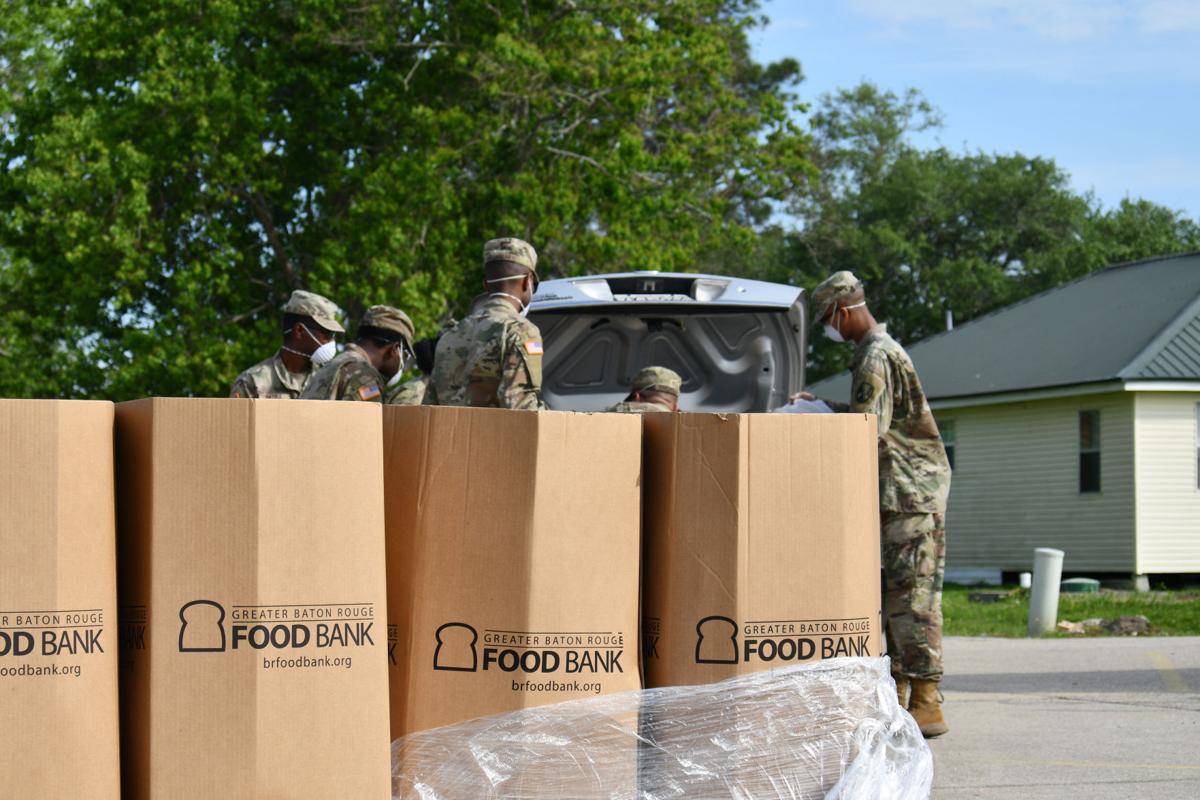 Members of the Louisiana National Guard help load up someone's car in a drive-thru food distribution by the Greater Baton Rouge Food Bank in St. James Parish on Friday. The food bank has started setting up drive-thru distributions at community food pantries now closed because of the coronavirus. 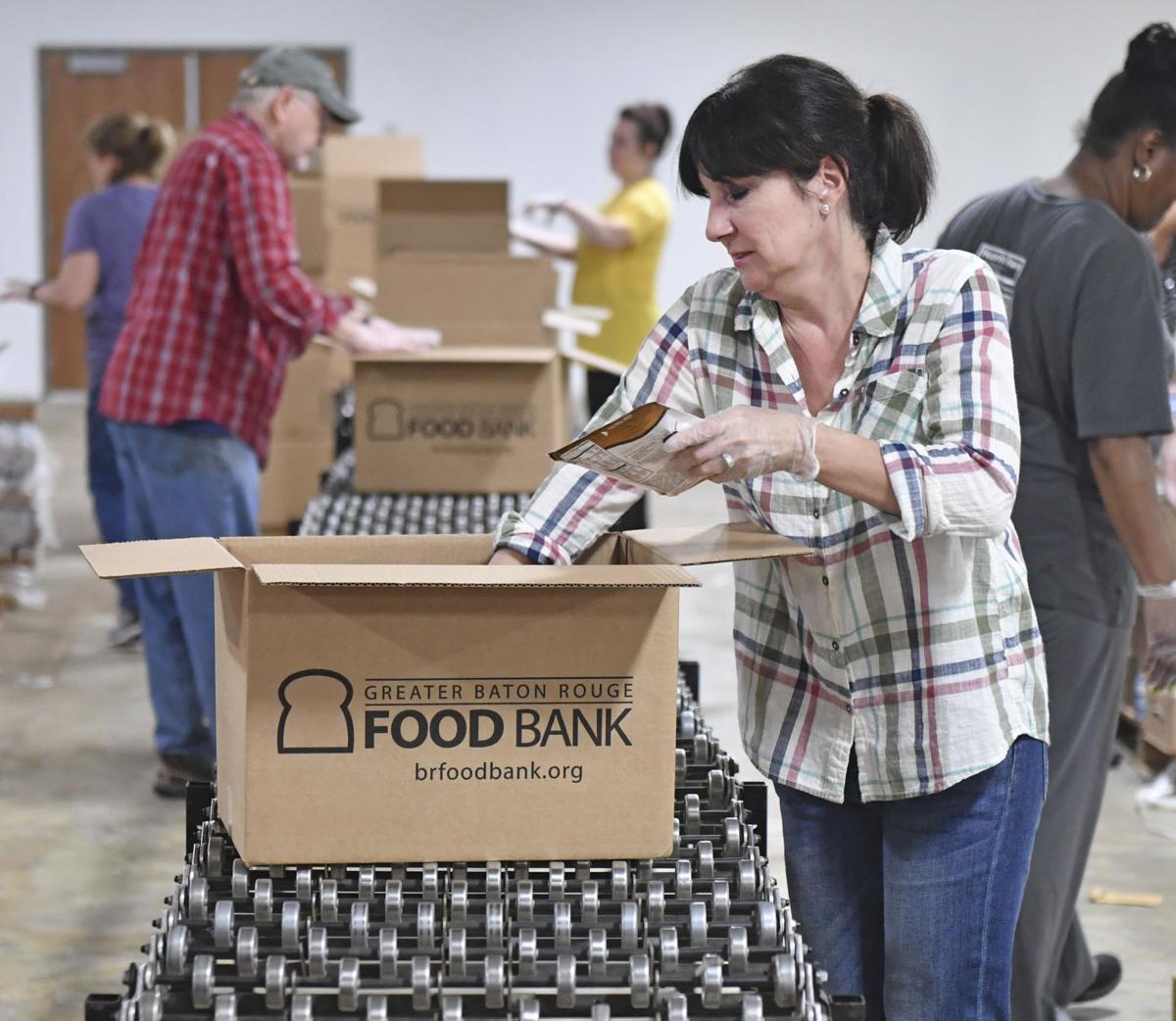 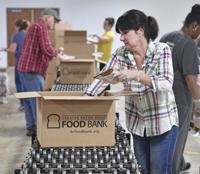 Members of the Louisiana National Guard help load up someone's car in a drive-thru food distribution by the Greater Baton Rouge Food Bank in St. James Parish on Friday. The food bank has started setting up drive-thru distributions at community food pantries now closed because of the coronavirus.

At a time when its services are needed more than ever, the Greater Baton Rouge Food Bank is facing its own food shortage.

Mike Manning, president of the food bank, said its usual sources of food for the needy in 11 parishes are drying up, as residents stock up their refrigerators and shelves at home during the coronavirus pandemic.

Forum 225 relaunches We Are BR! campaign, portion of proceeds to benefit food bank

Forum 225 is relaunching its We Are BR! campaign with 10% of its merchandise sales benefiting the Greater Baton Rouge Food Bank through May 1.

"Our inventory is down significantly," Manning said Thursday. "We're looking at a few weeks left of food, unless we can find relief from the federal government and Feeding America," a national network of more than 200 food banks.

But all of that is threatened right now, with nationwide stockpiling at homes leaving not much extra for food banks, Manning said.

Feeding America is "having problems buying food and shipping to us," he said.

"This started probably in mid-March," Manning said. "We had orders placed in early March, but they were canceled."

From its location on South Choctaw, the Greater Baton Rouge Food Bank runs a major warehouse operation that, in normal times, delivers food to 110 community agencies, mostly faith-based and run by volunteers, that, in turn, give the food to the needy.

But many of the faith-based food pantries, often staffed by volunteers, are temporarily closing under the threat of the virus, Manning said, and Food Bank staff has started distributing at those closed sites with drive-thru setups.

The Louisiana National Guard has begun assisting at those sites and is also helping box up items at the Food Bank warehouse in Baton Rouge, with staff taking on other duties and the number of volunteers reduced, Manning said.

On Friday, the Food Bank, with the help of the National Guard, distributed groceries in St. James Parish to pre-registered clients of the Word Teaching Ministries' food pantry, which has recently closed out of concern for the safety of pantry volunteers.

For the past several years, the LSU AgCenter Food Incubator has helped countless people translate their favorite recipes to products sold on g…

In total on Friday, the Food Bank provided food to 200 people in St. James Parish, with each receiving a 30-pound box of dry goods, 36 pounds of produce and 25 pounds of protein.

Manning said the Greater Baton Rouge Food Bank will also be looking at ways it can get food to those in the service sector who have lost their jobs during the coronavirus shutdown of businesses.

"They're the new people in need, until they start getting benefits," he said.

Asked if the Food Bank might be in danger of closing, Manning said, "We have to stay open; we're the last line."

For Baton Rouge Jewish community, this Passover is different from all others

It is asked at Passover every year: “Why is this night different from all other nights?” For observant Jews in Baton Rouge, the coronavirus ha…