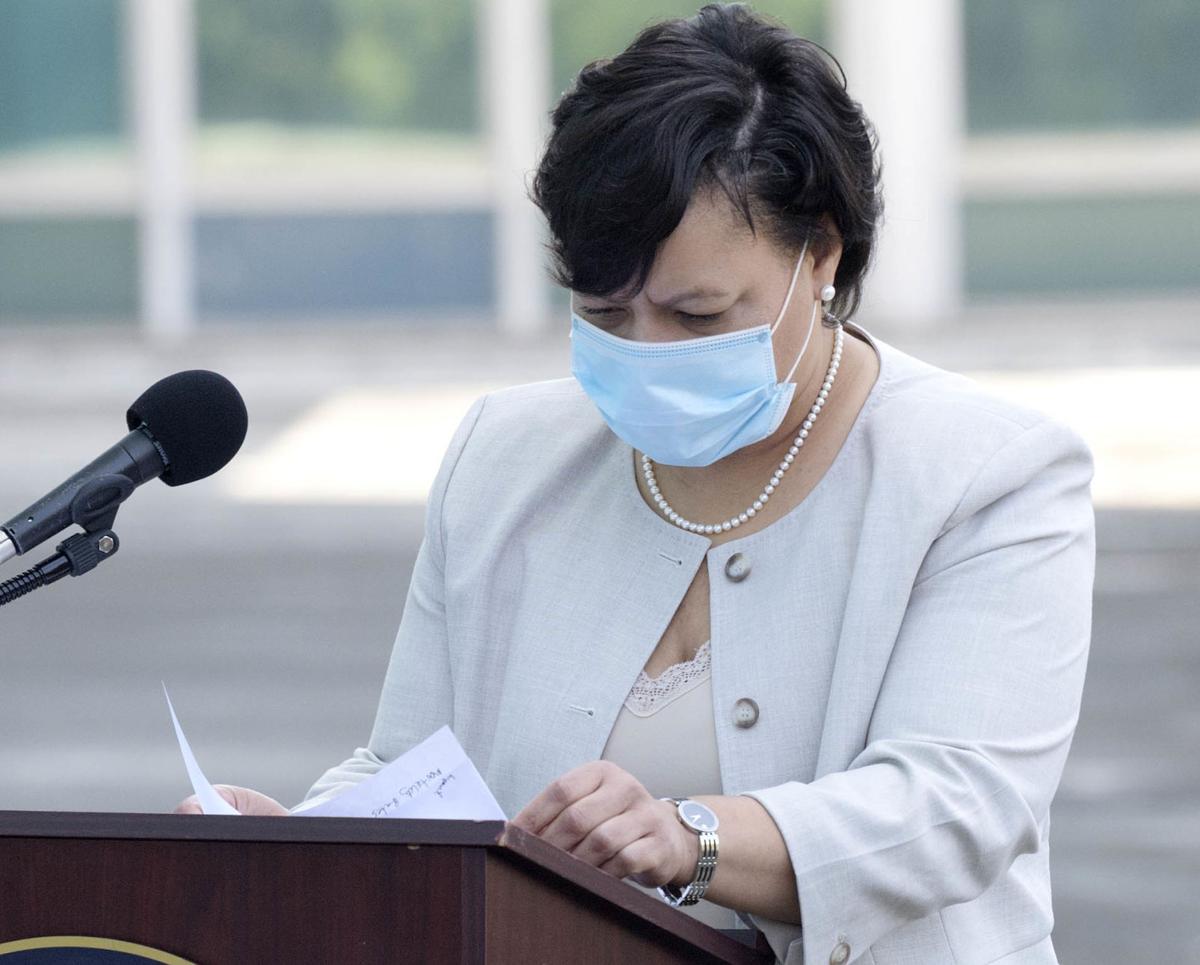 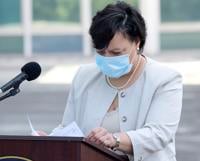 New Orleans Mayor LaToya Cantrell wears a face mask as she take the podium on the balcony of City Hall during a coronavirus pandemic press conference in New Orleans, La. Thursday, April 9, 2020. 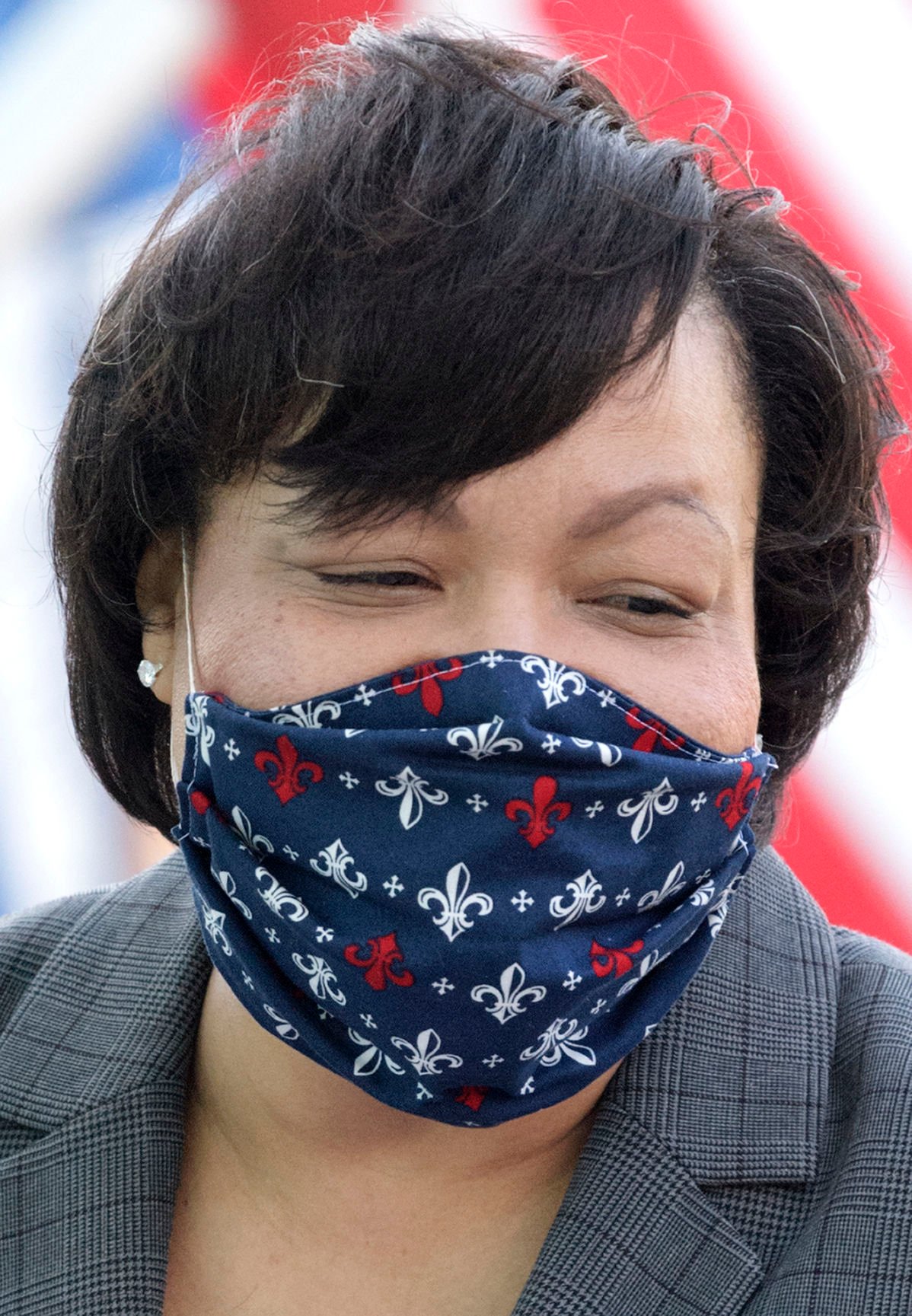 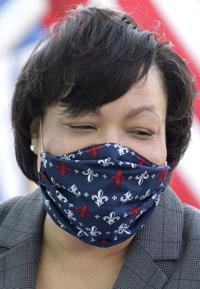 New Orleans Mayor LaToya Cantrell wears a face mask as she take the podium on the balcony of City Hall during a coronavirus pandemic press conference in New Orleans, La. Thursday, April 9, 2020.

There are few cities in America more dependent on tourism than New Orleans. It’s not as though the city is bustling with Fortune 500 job opportunities. So, it’s curious as to why Mayor Latoya Cantrell is signaling to the world the Big Easy is closed for business this year and possibly next.

“My recommendation is absolutely no large events such as the French Quarter Fest or Jazz Fest, even Essence Festival, as it relates to the year 2020,” Cantrell said April 14.

“Cantrell came out and canceled, basically canceled, the economy for New Orleans for the rest of the year,” said Jefferson Parish Chamber of Commerce President Todd Murphy. “So goes New Orleans, so goes the region.”

Cantrell drew even more criticism recently after raising the prospect of canceling Mardi Gras nine and a half months from now.

If Cantrell does cancel Mardi Gras it will cost the city more than one million visiting tourists who spend tens of millions at local restaurants, bars, and hotels. Simply talking of canceling Mardi Gras puts us at a disadvantage with other cities competing for tourism dollars at a time when the industry will be struggling to recover and competition for events will only increase. You don’t hear other mayors threatening to cancel events far off in the future.

Could New Orleans cancel 2021 Mardi Gras? 'Something we have to think about,' mayor says

Cantrell’s pessimism doesn’t jibe with a number of recent developments suggesting better days are ahead when it comes to the spread of COVID-19. Wednesday, during a White House meeting between Louisiana Gov. John Bel Edwards, President Donald Trump and others, Dr. Anthony Fauci, a member of the president’s coronavirus task force, announced a potential breakthrough. Fauci called results of a study of the drug remdesivir, “quite good news.”

“The data shows that remdesivir has a clear-cut significant positive in diminishing the time to recovery,” said Fauci.

The National Institute of Allergy and Infectious Disease announced Wednesday that data from a clinical trial involving 1000 COVID-19 patients showed most recovered twice as quickly when given the drug remdesivir.

“What it has proven is that a drug can block this virus,” said Fauci.

Fauci said the data reminded him of the first time he discovered a drug that worked in treating HIV in 1986.

Also, this week, East Jefferson General Hospital officials in Metairie announced they’ve successfully used donated plasma from the blood of patients who have recovered from the coronavirus to treat patients who still have it. They say one donation can help as many as four COVID-19 patients. Doctors have seen symptoms improve in a few hours for coronavirus patients receiving a transfusion.

On Tuesday, officials with the pharmaceutical giant Pfizer announced they’ll test a new COVID-19 vaccine as early as next week with the potential for use as soon as September.

Also, on Tuesday, the Association of American Physicians and Surgeons announced 91.6% of COVID-19 patients improved clinically after being treated with the anti-malaria drugs chloroquine and hydroxychloroquine. They treated 2,333 patients with the drugs in five different countries including the United States.

And then there’s Johns Hopkins University’s data showing since early April, the COVID-19 curve has flattened nationally. In New York, the state hardest hit, the daily hospitalization rate is down almost 70%.

CDC data shows in Louisiana, the number of new COVID-19 cases peaked on April 5 and has consistently declined since then. The decline of Louisiana cases has been much more dramatic than that seen nationally. On Monday, Edwards announced COVID-19 associated hospitalizations have declined or plateaued in 7 of Louisiana’s 9 regions. And Edwards told the president Wednesday that Louisiana has “turned the corner” in fighting COVID-19 in Louisiana.

“We’re in a much better place,” the governor told Trump.

Admittedly there are some who are quick to condemn anyone looking for a silver lining in all of this. And we don’t want to offer false hope. But Cantrell has gone to the other extreme by raising the prospect of canceling New Orleans’ biggest tourism event even though it’s still more than nine and a half months away.