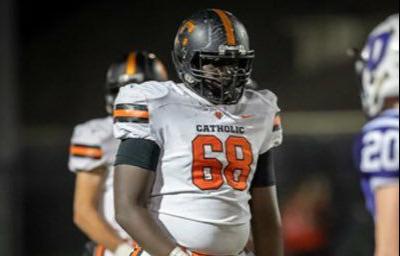 Catholic lineman Emery Jones lines up for a play during the 2019 season. 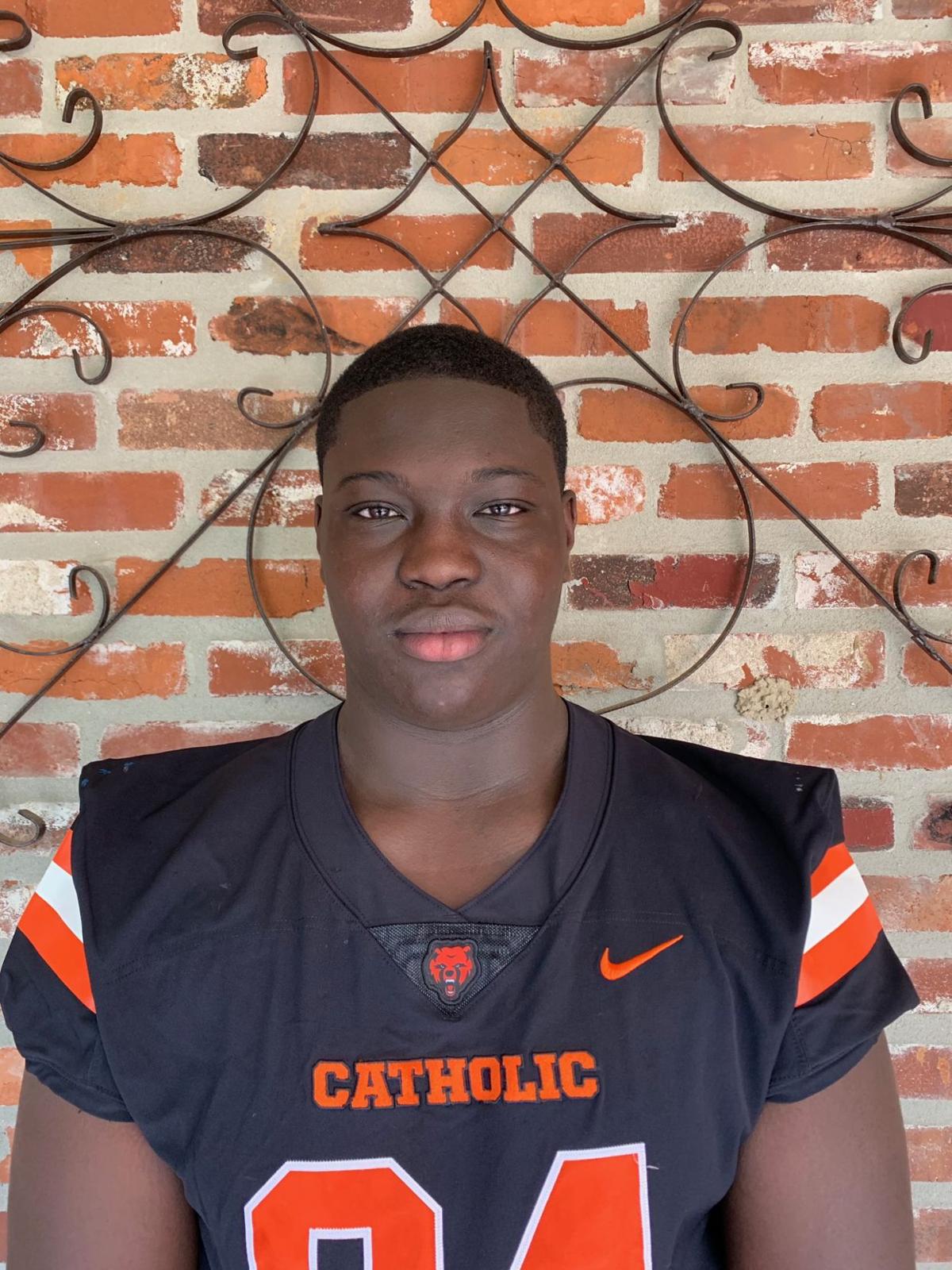 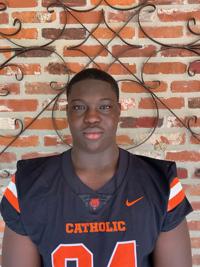 Catholic lineman Emery Jones lines up for a play during the 2019 season.

Emery Jones was sitting on the sofa with a couple of teammates Thursday morning, pondering workout options before online class time. The topic of conversation quickly changed when Jones’ phone rang.

“Coach (Gabe) Fertitta called and he said ‘I’ve got someone on the line who wants to talk to you … it’s coach Orgeron,’ ” Jones recalled. “And he (Orgeron) offered me a scholarship. It was crazy.”

That was just the beginning for Jones, an offensive lineman. Minutes later, Jones got an offer from Alabama and then Florida to kick off a 24-hour period that ended with 10 scholarship offers for the 6-foot-5, 300-pound junior-to-be from Catholic High.

Impressive for a right tackle who started just one game last season for the Bears during their drive to a Division I select runner-up finish. He was part of a seven-man rotation for a veteran line as a sophomore and lined up often in six-man line sets.

The story behind those rapid-fire offers is just as consequential during a COVID-19-impacted spring that eliminated school visits for college coaches, along with the summer evaluation camps most colleges host.

Normally, a rising prospect like Jones would be sized up and filmed by college coaches during spring visits and then evaluated at a summer camps.

Credit the University of Louisiana coaching staff, including assistant coach Tim Leger, for providing blueprints for do-it-yourself videos of drills to showcase players at multiple positions. Leger said the UL coaches sent the sample videos out to coaches in multiple states and encouraged them to share videos with multiple colleges.

“Obviously, I can’t speak about any one recruit,” Leger said. “By sending schools something their players could use to shoot videos, we knew it could help us. Let’s face it, we missed out on a lot because we were not able to go out to schools this spring. We did not get to see kids in person and video them.

“We normally go to about 400 schools. As we talked about it as a staff, we kept coming back to one other point — the kids missed out on a lot, too. So why not do something that to help kids get seen by coaches?”

Jones said it took teammates about an hour to shoot his film and then Fertitta sent it out to college coaches.

“EJ is a guy college coaches knew about,” Fertitta said. “He has the size and speed coaches look for. But before a guy gets offered (a scholarship), there are certain skills a college coach wants to see them do. The video showed those skills and that is how all this started.”

Fertitta likens the 16-year-old Jones to a baby giraffe that is learning to leverage his size and speed. Jones also is somewhat of an unknown commodity and has not yet received a star-rating by the likes of 247sports, which has another tackle, Neville’s Will Campbell, as Louisiana’s No. 2 prospect for 2022.

There are some key things to know about Jones. He is quick enough to play the post position for Catholic’s basketball team that advanced to the Division I semifinals. Jones plans to continue playing basketball and eyes a college major in engineering.

“As a freshman, I knew I had a lot to learn,” Jones said. “The techniques and strategy for a lineman in Catholic’s system are complicated. At first, the terminology was like a foreign language, but the more I studied it, the more I understood. As last season went on, I got more and more comfortable playing in varsity games.”

Fertitta recalls a practice moment that was reminiscent of the movie “The Blind Side.”

“EJ is the sweetest kid and early in the year he did not always finish off defenders,” Fertitta said. “We told him, ‘Look, you can’t be Mr. Nice Guy.’ He made the adjustment and started putting defenders on the ground.”

Fertitta assigned Army-bound lineman Connor Finucane to mentor Jones. The two bonded over multiple things, including the death of their fathers at a young age and the single-parent strength of their mothers.

Jones says his mother, Tanika, will be at the heart of any college decision he makes at some point in the future. Finucane says Jones' future is bright.