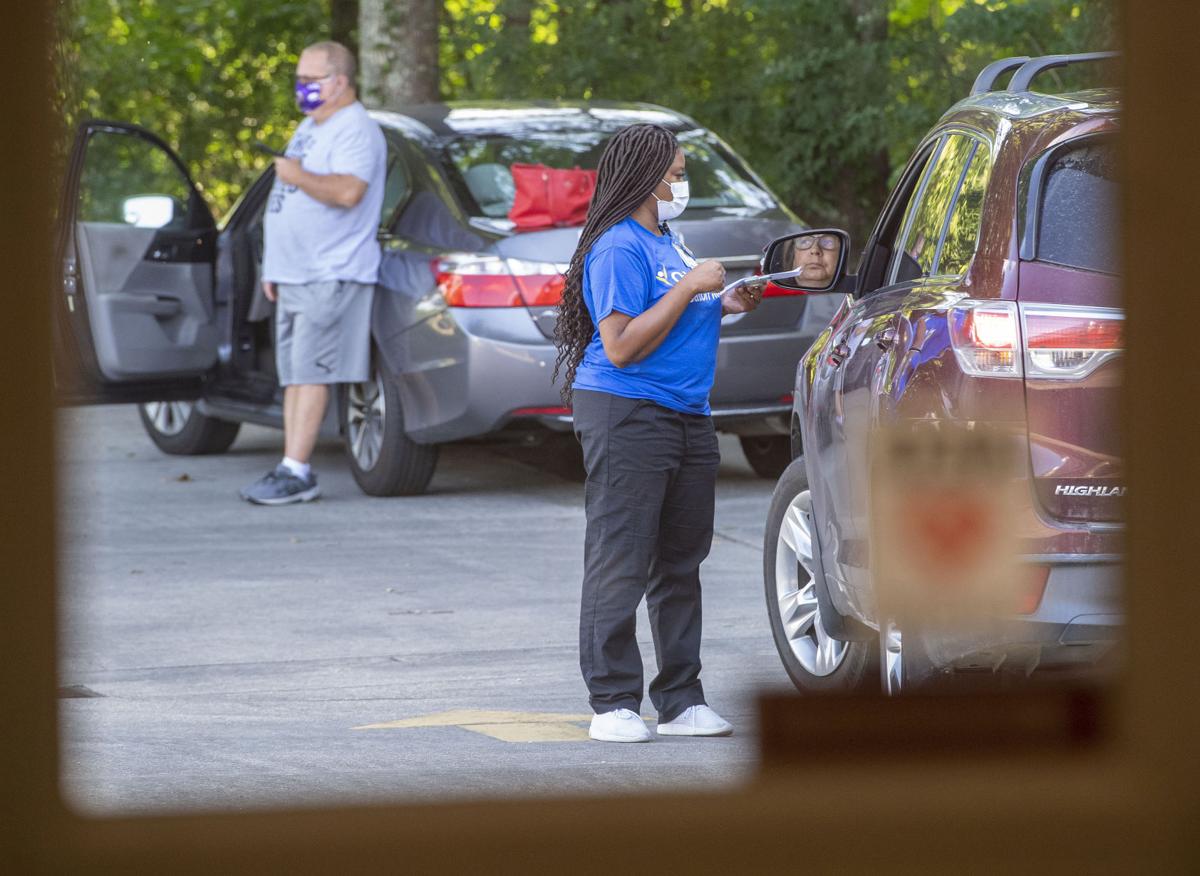 With clinic registration Natasha Anthony, right, takes information from people waiting outside for their turn as Ochsner starts community wide testing at Blackwater United Methodist Church located at 10000 Blackwater Road because Baker is considered a hot spot Thursday May 28, 2020, in Baker, La. 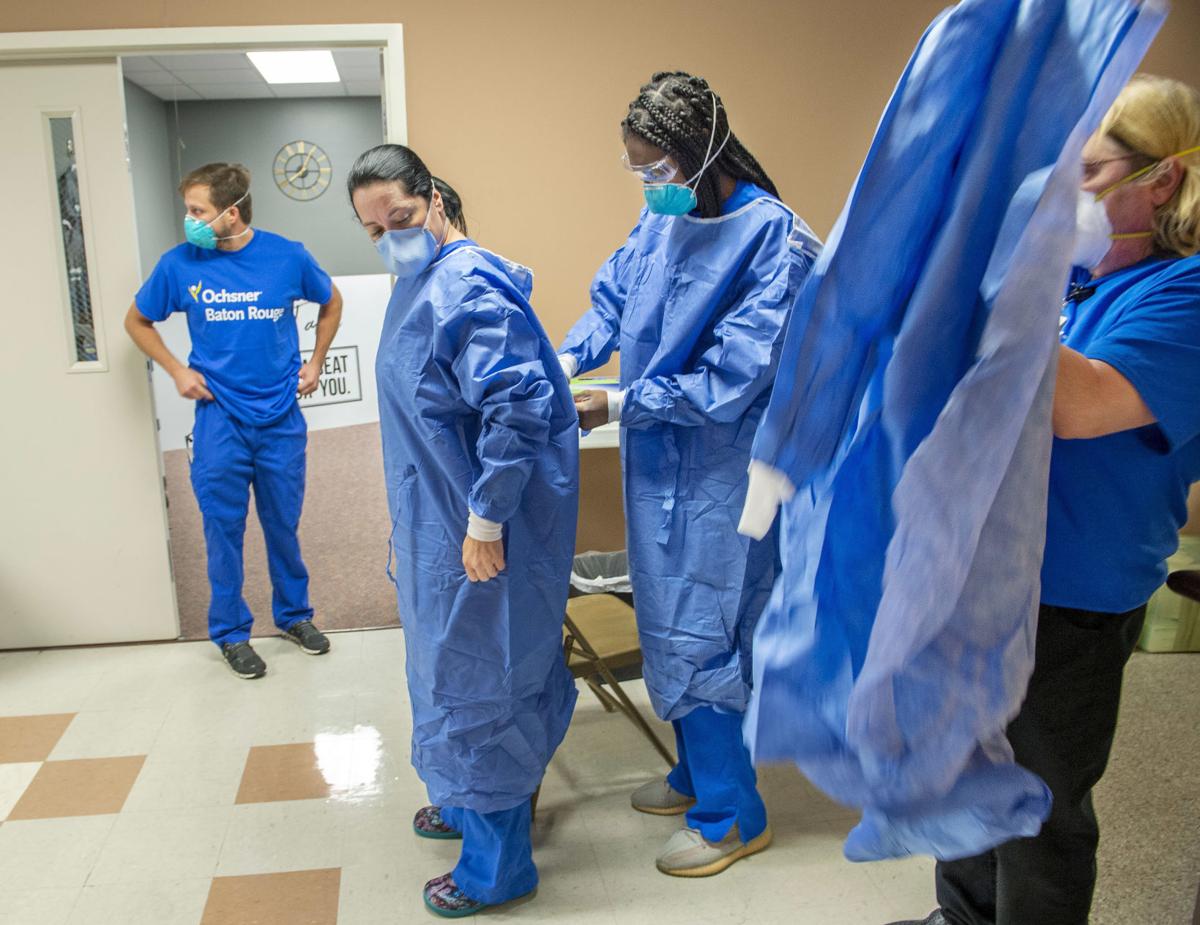 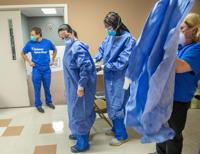 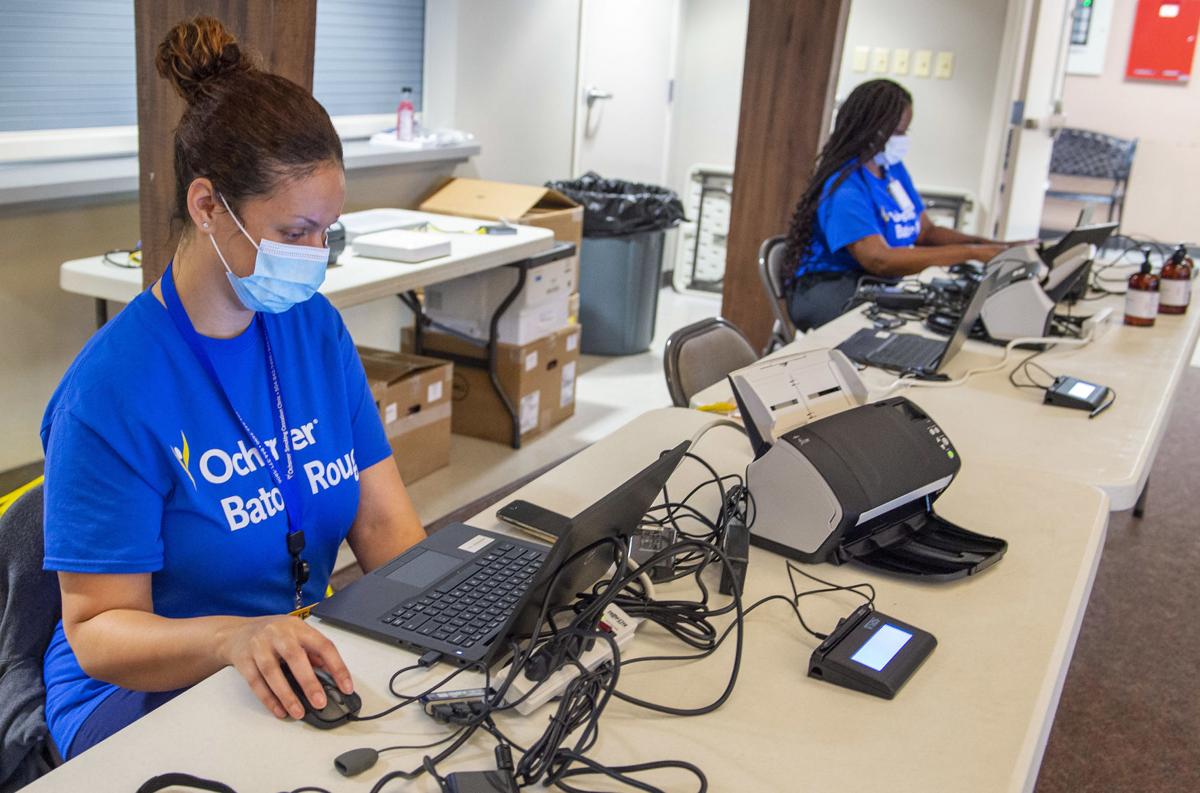 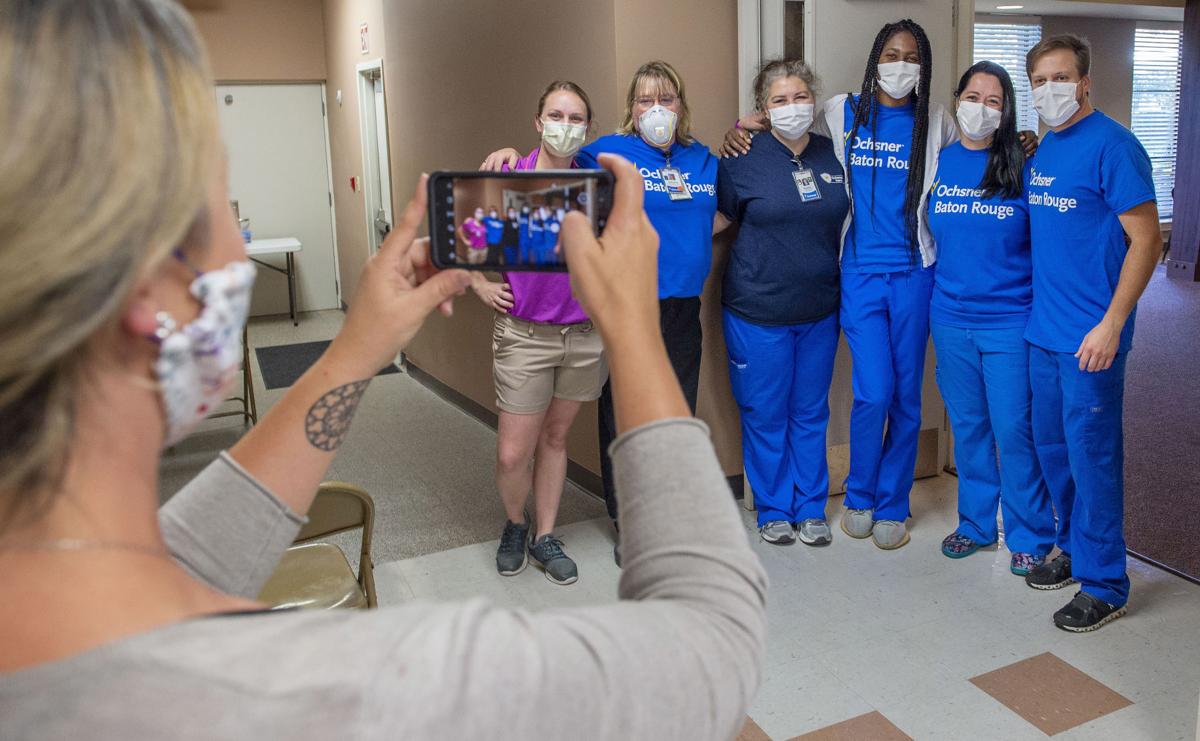 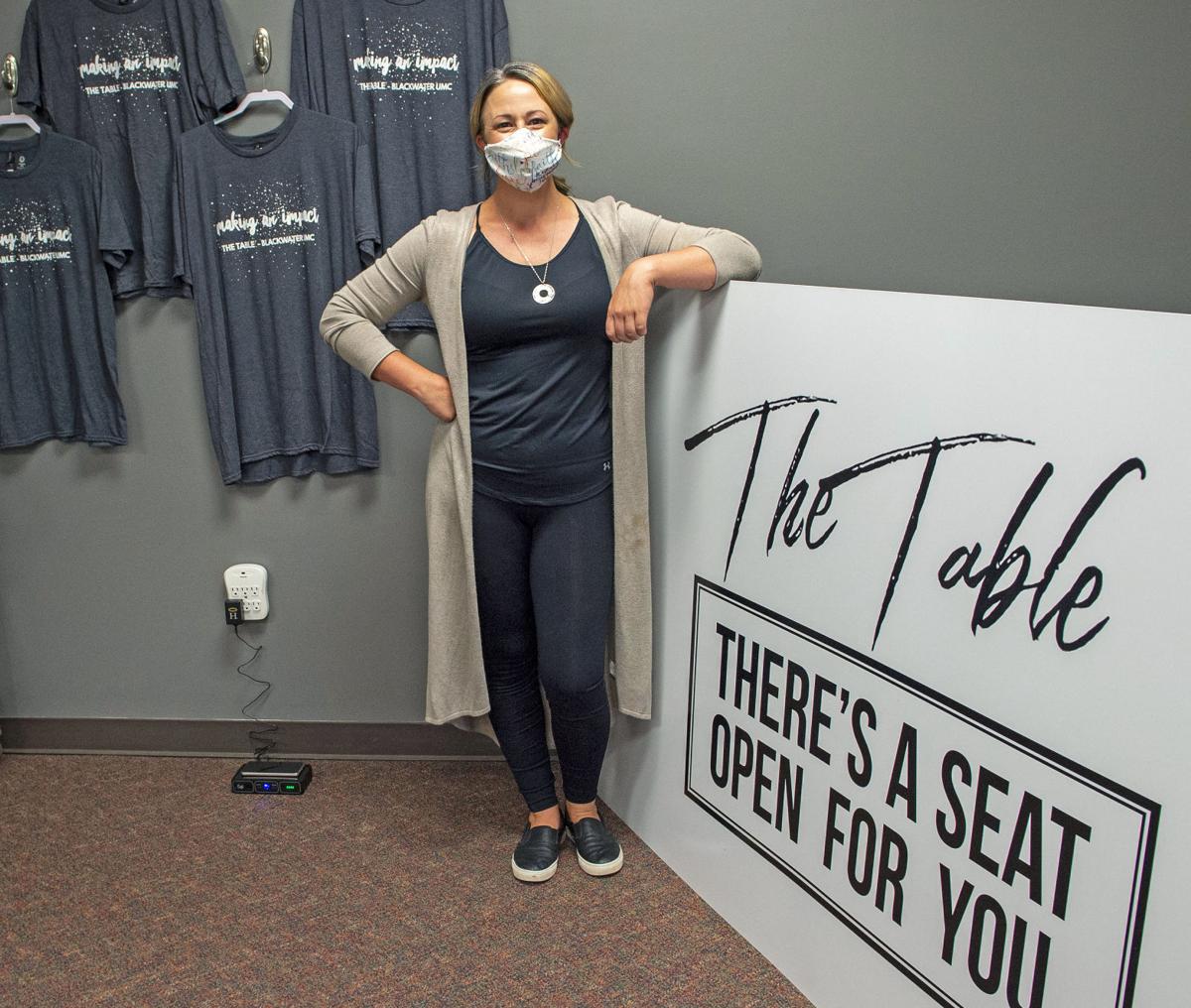 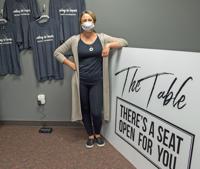 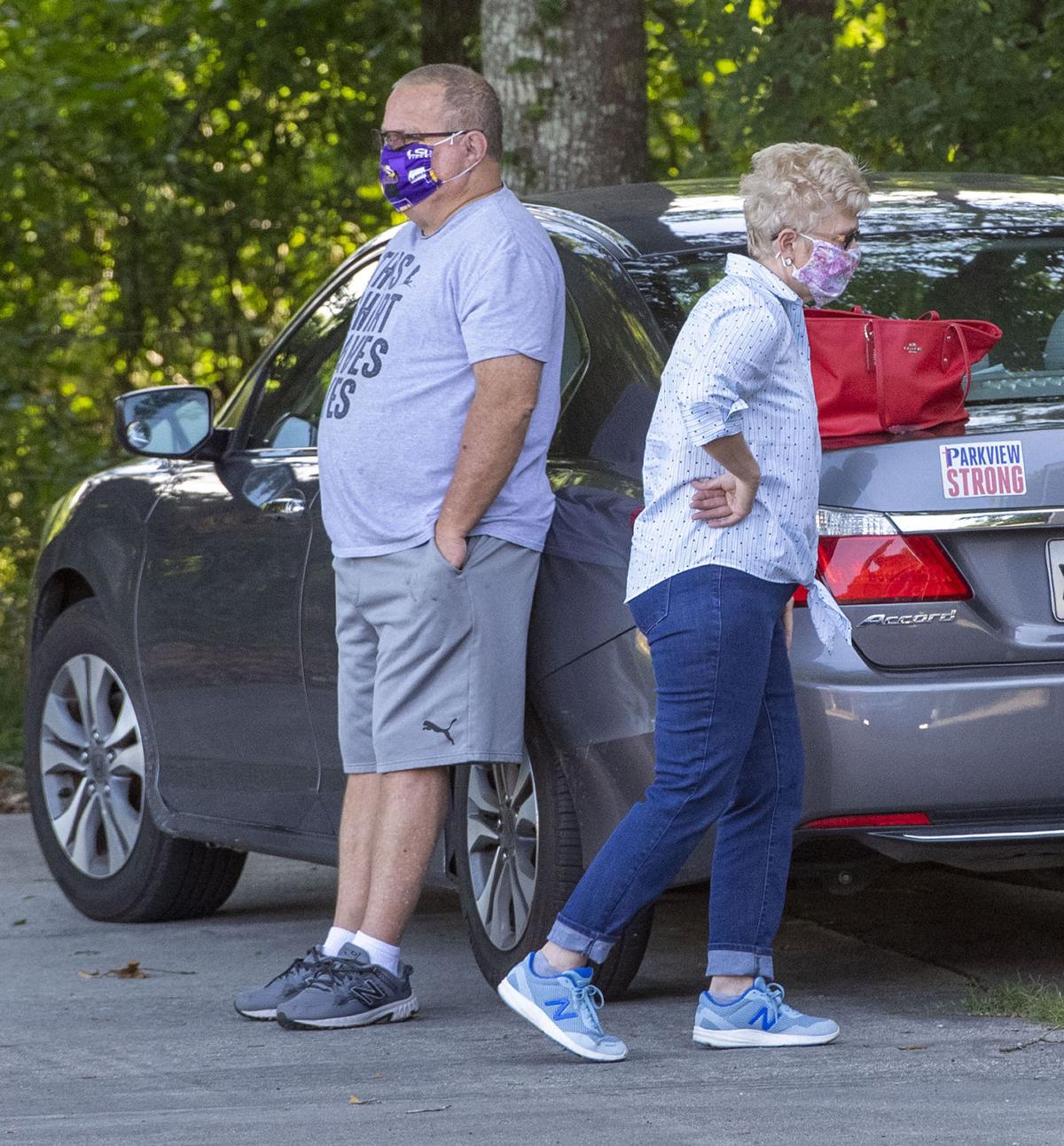 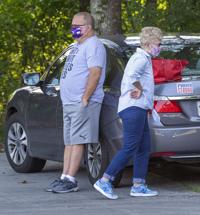 People wait outside for their turn as Ochsner starts community wide testing at Blackwater United Methodist Church located at 10000 Blackwater Road because Baker is considered a hot spot Thursday May 28, 2020, in Baker, La. 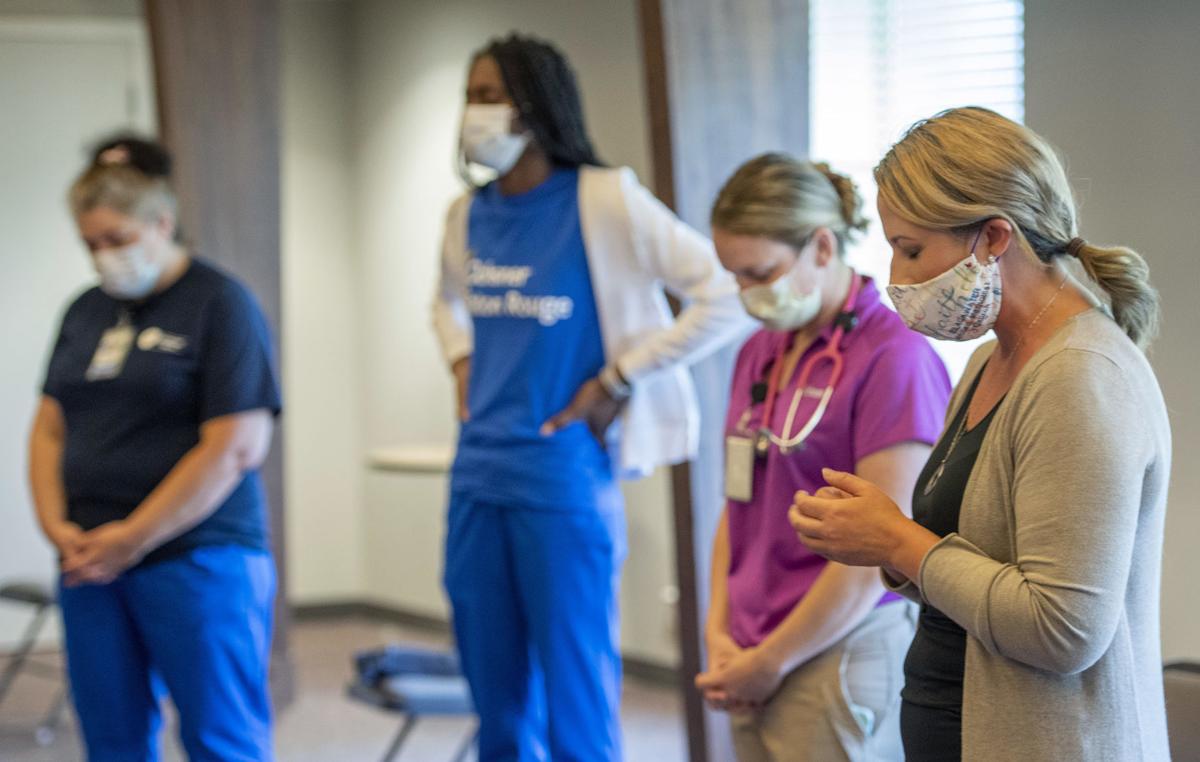 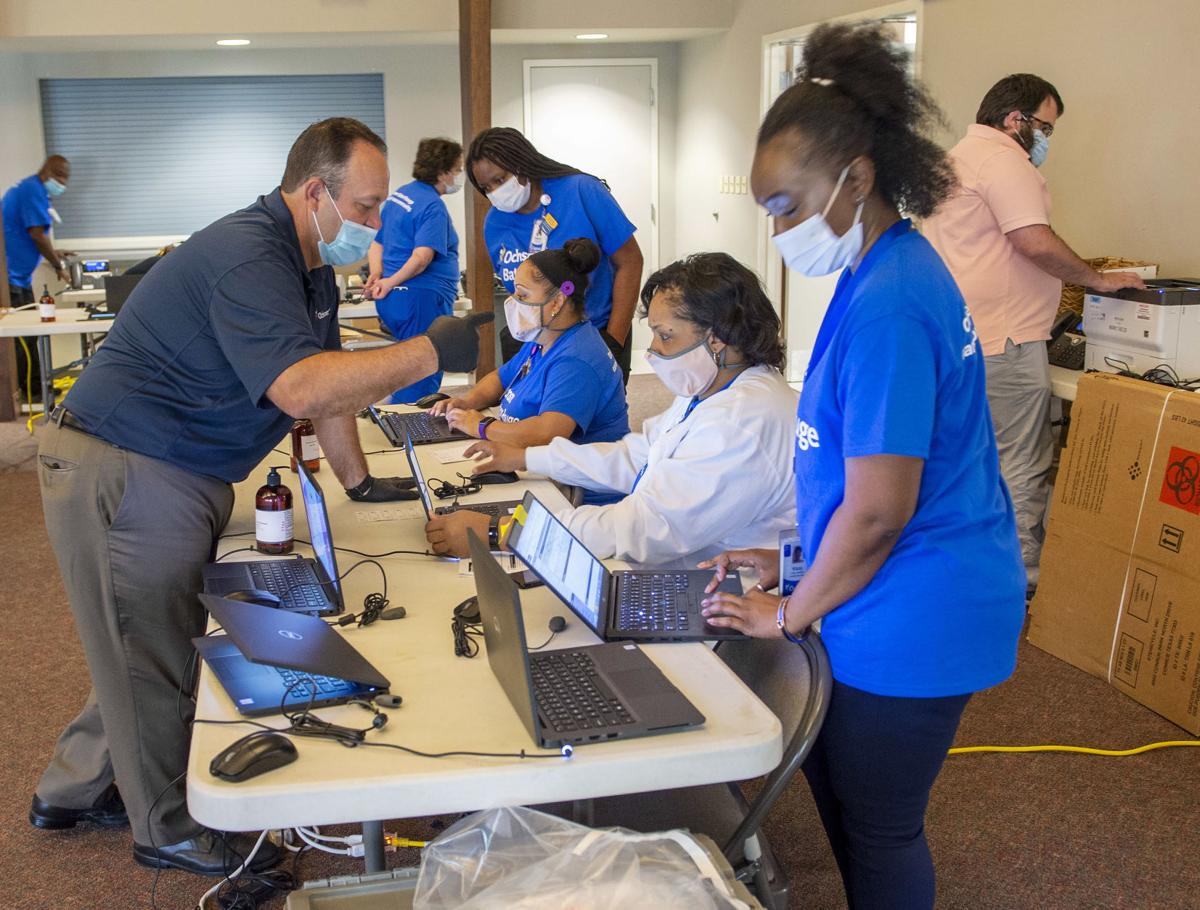 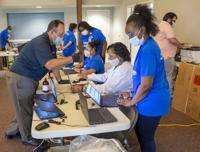 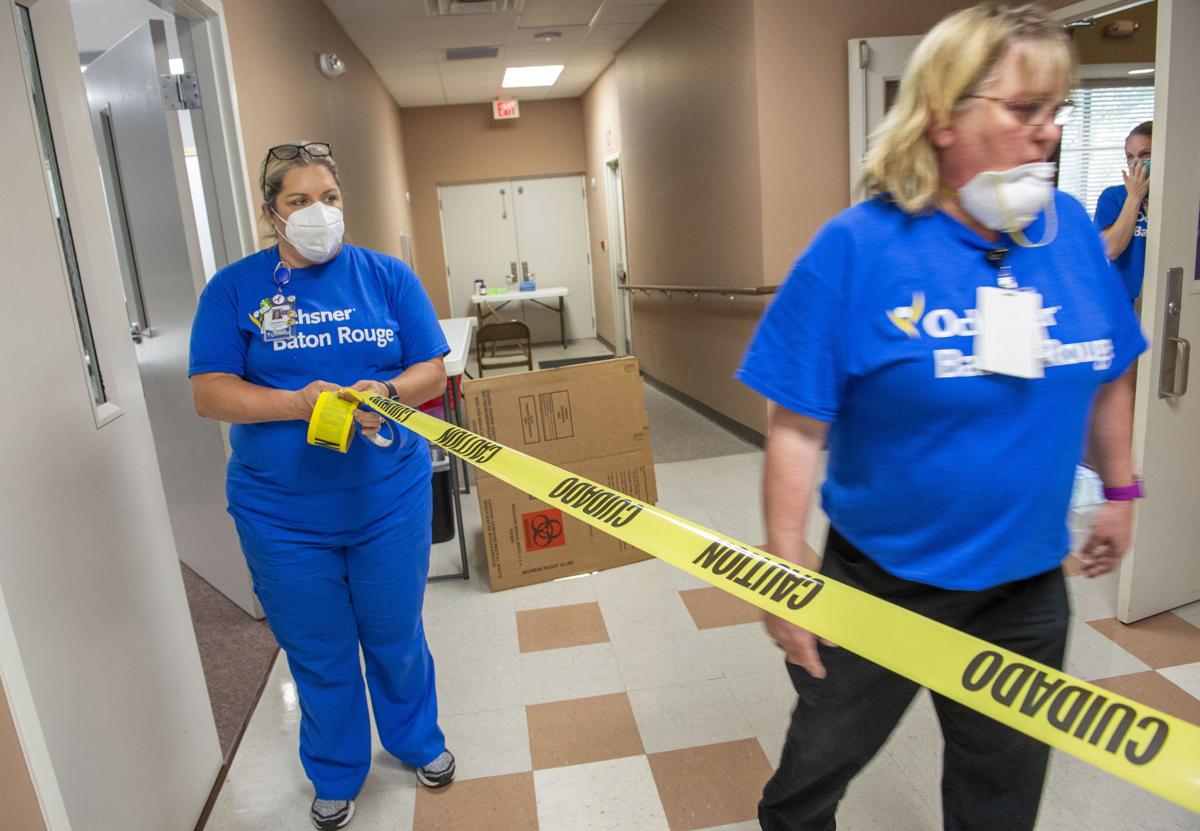 With clinic registration Natasha Anthony, right, takes information from people waiting outside for their turn as Ochsner starts community wide testing at Blackwater United Methodist Church located at 10000 Blackwater Road because Baker is considered a hot spot Thursday May 28, 2020, in Baker, La.

People wait outside for their turn as Ochsner starts community wide testing at Blackwater United Methodist Church located at 10000 Blackwater Road because Baker is considered a hot spot Thursday May 28, 2020, in Baker, La.

Jana Nero showed up at the Blackwater United Methodist Church in Baker early Thursday for a novel coronavirus test after a woman who wasn't wearing a protective mask sneezed in front of her at the grocery store.

Though Nero, 61, had her mask on and has been diligent about staying at home, the incident worried her enough to be one of the first people in line when Ochsner Health opened a new testing site inside the church's fellowship hall off Blackwater Road.

Nero's husband completed significant surgery a few months ago and she and he have underlying health problems that are among those identified as risk factors for the COVID-19 illness.

"As a matter of precaution, I just wanted to come out and have myself tested," said Nero, a Zachary resident.

State and local officials hope many more people like Nero take the time to be screened for the virus as test availability is expected to ramp up next month in East Baton Rouge Parish and improve testing rates that city-parish officials said haven't hit sufficient levels.

The number of coronavirus cases climbed in East Baton Rouge Parish in numbers reported Thursday, and the coroner's office reported another dea…

City-parish officials announced Thursday a significant expansion of testing availability through a number of mobile testing sites run by Ochsner and Our Lady of the Lake Regional Medical Center, plus other testing efforts by Walmart, CVS, the public school system, BREC and local health clinics.

City-parish officials said the joint program is designed to take advantage of greater resources and continued work to improve parishwide testing. They pointed out that early on, testing required a doctor's orders as officials tried to direct limited resources to those most in need.

The latest round of tests doestn't require a doctor's order, an appointment nor any out-of-pocket cost, Mayor-President Sharon Weston Broome said.

"We want people to seek these tests with the same type of urgency that they were seeking them early on in this pandemic because now we have the resources for pretty much everyone that wants to get test to go get a test," said Mark Armstrong, spokesman for city-parish government.

The program is one layer of testing expanding in the state next month. On Friday, Gov. John Bel Edwards is expected to announce his own plans for increased testing, a health department spokesman said. The state is receiving nearly $191 million from the U.S. Centers for Disease Control and Prevention to finance a major push this summer and has set of a goal of 200,000 tests per month.

A trickle of St. George Catholic Church parishioners arrived at the sanctuary’s entrance for Sunday morning Mass as volunteers in face coverin…

With the easing of stay-at-home measures, testing has been touted as a key for keeping society open and the viral pandemic contained. An LSU epidemiologist pointed out that the 200,000 figure is what state officials believe will be necessary to offer testing for vulnerable populations, like nursing homes, and also have timely tests for contact tracing and unexpected concentrations of the virus.

"They have to be ready if there's an outbreak," said Susanne Straif-Bourgeois, associate professor of epidemiology at LSU Health Sciences Center New Orleans.

Several health experts said a numerical benchmark for a sufficient testing in a community is hard to come by. Under some broad measures, East Baton Rouge Parish has been behind the curve while others show the parish better shape.

Before states began opening up this month, the Harvard Global Health Institute estimated that states needed to have testing at a minimum average rate of 150 people per 100,000 people per day.

Since late April, daily testing in East Baton Rouge Parish has averaged just two-thirds of that number — 100 per 100,000 people — but has been trending upward, an Advocate analysis shows.

Ascension and Livingston parishes and the 12-parish Capitol region as a whole have also been unable to meet the testing benchmark.

Susan Hassig, a Tulane epidemiologist, said measures like that build in assumptions that may not fit well in Louisiana, such as how much of the population randomly mixes together. Big Eastern cities with expansive public transportation, for example, have more of this kind of mixing that can drive up infections than other parts of the country, meaning the benchmark for those areas could be lower than the Harvard figure, she noted.

Contact tracing tracks coronavirus spread, but Louisiana lawmakers are reluctant to embrace it

Republican Louisiana legislators said this week that many of their constituents are uneasy about contact tracing, a key tool in the state’s CO…

Several health experts and some state officials have pointed to another measure that looks at the share of tests each day turning up positive results. East Baton Rouge has only recently begun to fall within that guideline.

The CDC suggests less than 10% of tests result in positives for at least 14 days, a sign that the tests are penetrating enough of the population and that viral spread is reaching a level that can be traced and contained.

While the state has been able to hold below the level, the weekly average in East Baton Rouge Parish lingered above the mark for the past several weeks.

Between Sunday and Thursday, the average percentage fell for the first time below 10%, holding at 6.6% of tests resulting in positives, the Advocate analysis shows.

Yet, under a different measure, the parish seems to be doing well. The White House recommended states test 2% of their total population in May; East Baton Rouge has probably tested close to 3% of its population this month, test data show.

Dr. Alex Billioux, assistant health secretary for the state Office of Public Health, said it's important is take into account those and other data points but also ensure that areas and populations that might be under-tested right now get the testing they need.

"We just want to make sure are we looking in the right places, (and) are we getting enough testing to those right places," Billioux said.

The mobile site in Baker and a broader program being rolled out by the city-parish have focused on areas where data show cases are high or that access to testing has been limited so far, city-parish and Ochsner officials said.

Officials hope the surge in testing coming this summer will allow the state to catch up with the virus' spread and provide greater certainty for people like Nero, who hasn't been comfortable enough to personally visit with her grandchildren for several months.

"They're little toddlers, and you want to be with them through these years," she said.