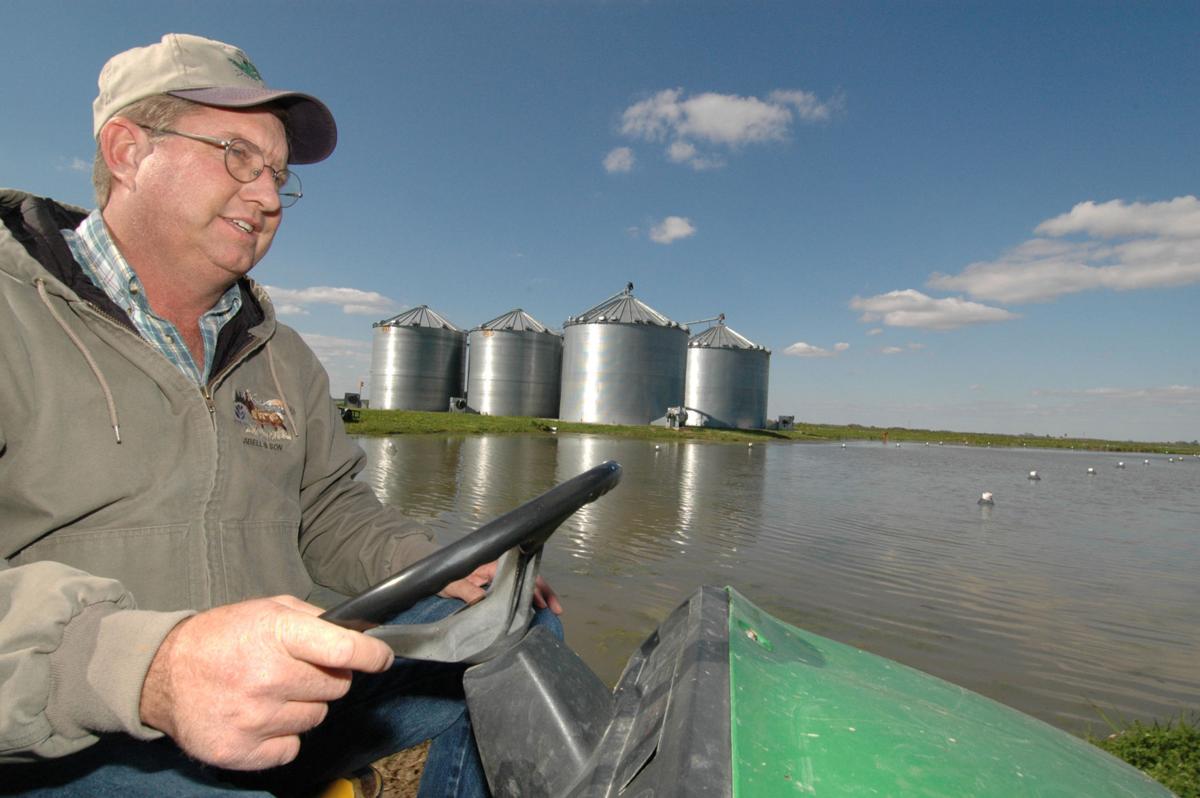 Gerard Frey of Acadia Parish on his crawfish and rice farm 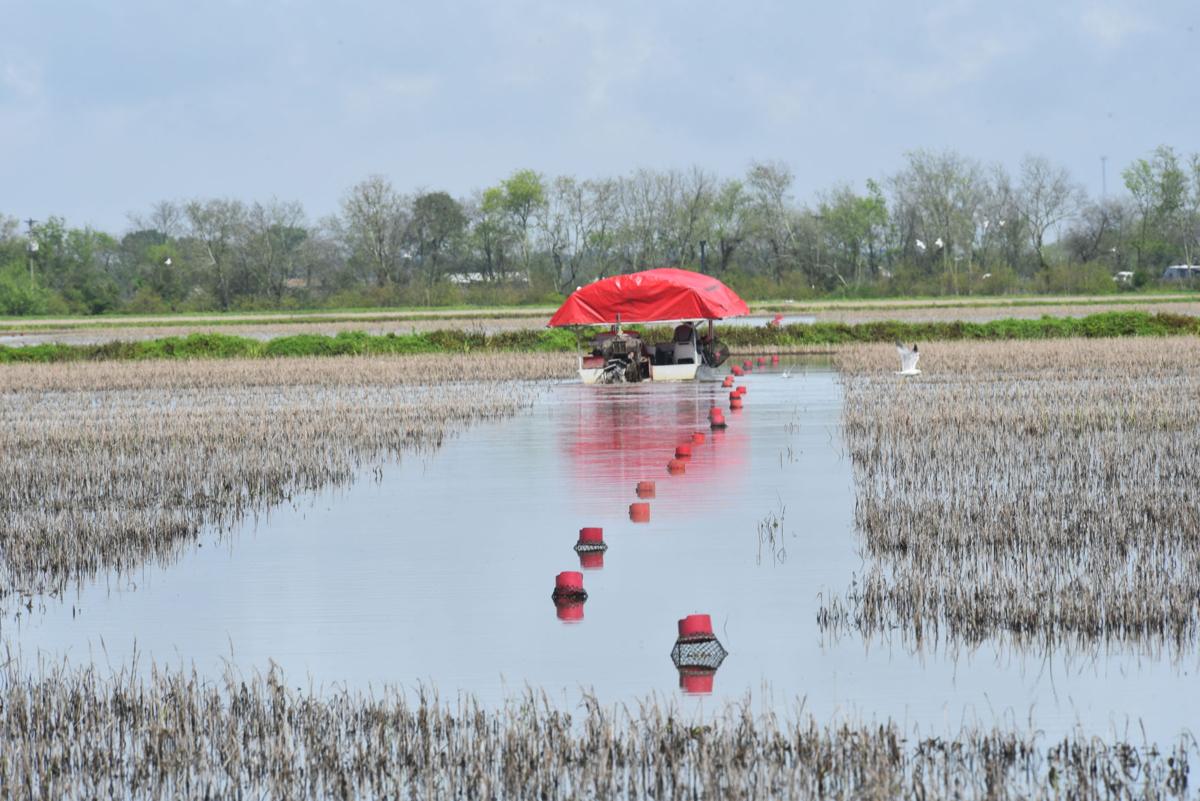 A crawfish boat at work Tuesday in Vermilion Parish. 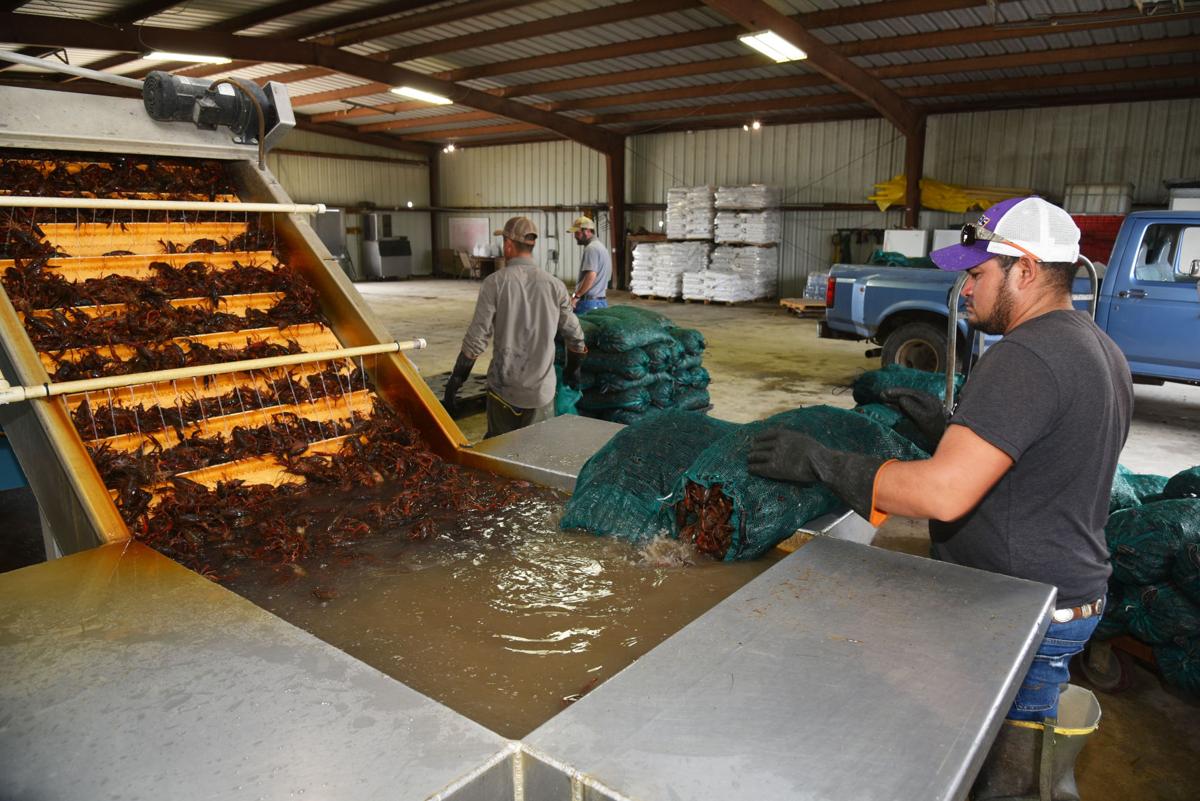 Workers grade and sort crawfish by size Tuesday at the Richard Farms facility in Vermilion Parish. 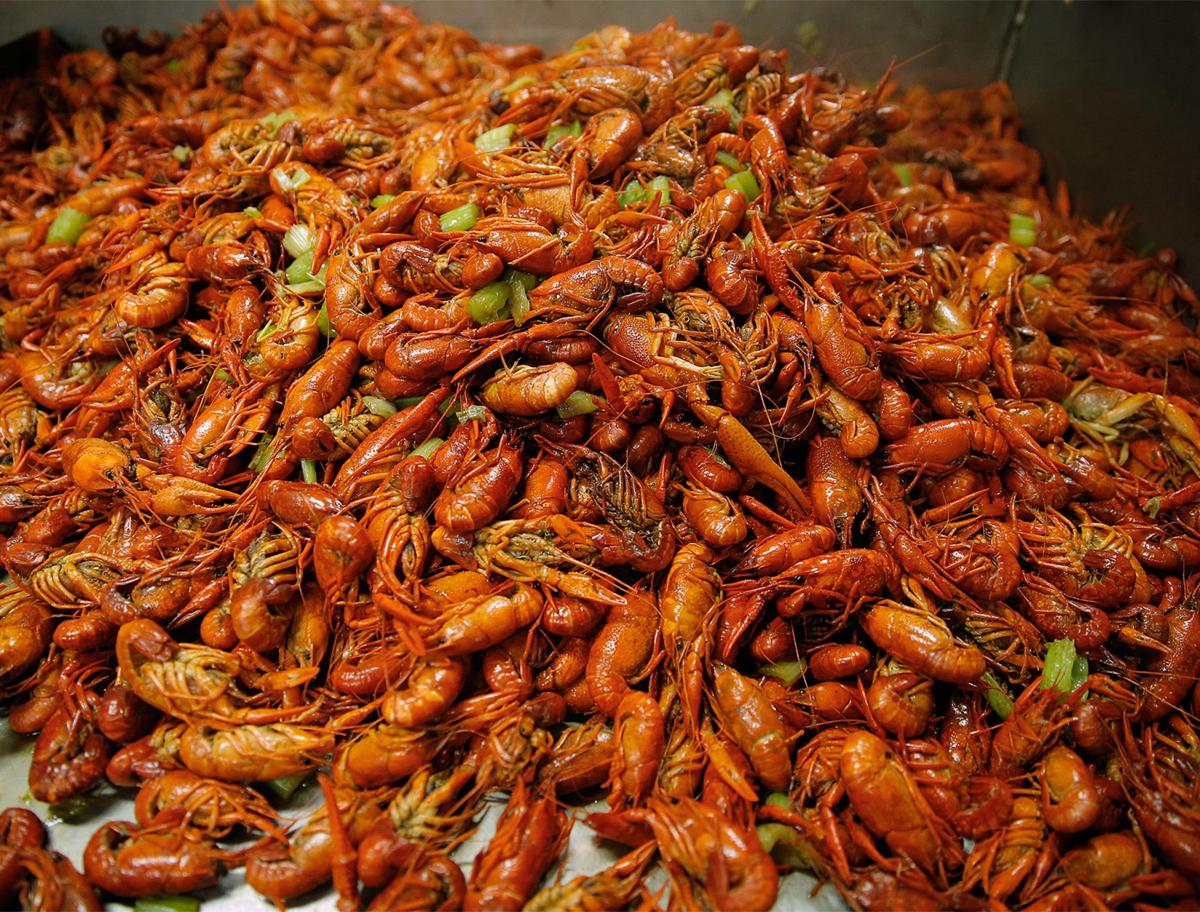 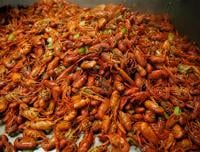 Gerard Frey of Acadia Parish on his crawfish and rice farm

A crawfish boat at work Tuesday in Vermilion Parish.

Workers grade and sort crawfish by size Tuesday at the Richard Farms facility in Vermilion Parish.

Frey said he’s been unable to get all his workers from Mexico to fully staff his peeling operation, so he hasn’t had his processing plant running at full capacity.

“I just laid off four workers today,” he said Wednesday. “We don’t know where this is going to end. There’s no way we can cover our labor costs.”

Frey said his labor agreement with his imported labor requires him to pay at least 75% of their contracts “no matter what.”

“We’re just hoping and praying this thing is over soon,” he said.

Rice farmers have depended on crawfish to keep them afloat, Frey said, but that is gone now.

“Our crawfish season is basically over,” he said. “There’s so much fear and so much panic going on.”

Frey said he had buyers in Dallas and Houston cancel any further business.

“The fear is the unknown,” Frey said. “I don’t know what it’s going to take to recover from this. This just dropped in our laps, and we had no way to prepare for it.”

“The catch really turned on this week,” he said. “We’re crawfishing as much as we can.”

Richard said crawfish had been plentiful, but the numbers and size increased suddenly with warmer weather.

Some people are buying sacks of crawfish to boil at home, but it’s a small amount.

“There’s just not that many people buying,” he said.

Farmer Mike Hundley in Acadia Parish said sales to restaurants have decreased considerably. Restaurants have shuttered, with many offering only delivery or drive-through business.

Hundley has a crawfish restaurant in the Mowata community, Mo Crawfish, but it won’t be able to operate at a profitable level, so he’s going to try a drive-through.

“We’re approaching the peak of the season,” he said.

Because the amount of crawfish bought by restaurants has fallen significantly, “you’ll be lucky if all those restaurants will do 10% to 20% of what they were doing,” Shirley said.

Processing plants can only afford to buy so much crawfish to be peeled and frozen, he said. Processors must factor the expenses of labor to peel, package and freeze the crawfish with the hope of selling it for a profit.

One way consumers can take advantage of the glut of crawfish is to boil and freeze the mudbugs at their home.

Evelyn Watts, LSU AgCenter food scientist, said home preparation will result in crawfish with a shelf life of about three months. After that time, the crawfish will still be safe to eat, but the quality will decline as the fat starts to digest the tail meat, she said.

“It won’t have the optimum quality that you get from frozen crawfish bought at the store,” she said.

The shelf life can be extended by washing the fat from the tail meat, she said, but that will also take away much of the flavor.

Watts said a 30- to 35-pound sack of crawfish will yield about 5 pounds of meat.

If someone doesn’t have a boiling setup with big pots and outdoor burners, crawfish can be boiled on a stovetop in smaller amounts, she said.

If the crawfish is being prepared just for freezing, no seasoning or salt should be added to the water, Watts said. Dump crawfish into the boiling water, and once the water starts to boil again, cook for seven minutes. She said the key is for the tail meat to reach 180 degrees.

She recommends cooling the cooked crawfish before peeling it. The best results are obtained when crawfish are cooled to 50 degrees in less than an hour.

After peeling, crawfish can be placed in resealable plastic bags.

“A vacuum-sealed bag is even better,” Watts said.

Flattened bags of crawfish can be chilled quickly by placing them in a slurry of half water, half ice for 20 to 30 minutes. The bags can then be placed in a freezer.

“Put the bags in a single layer to freeze as fast as possible,” Watts said.