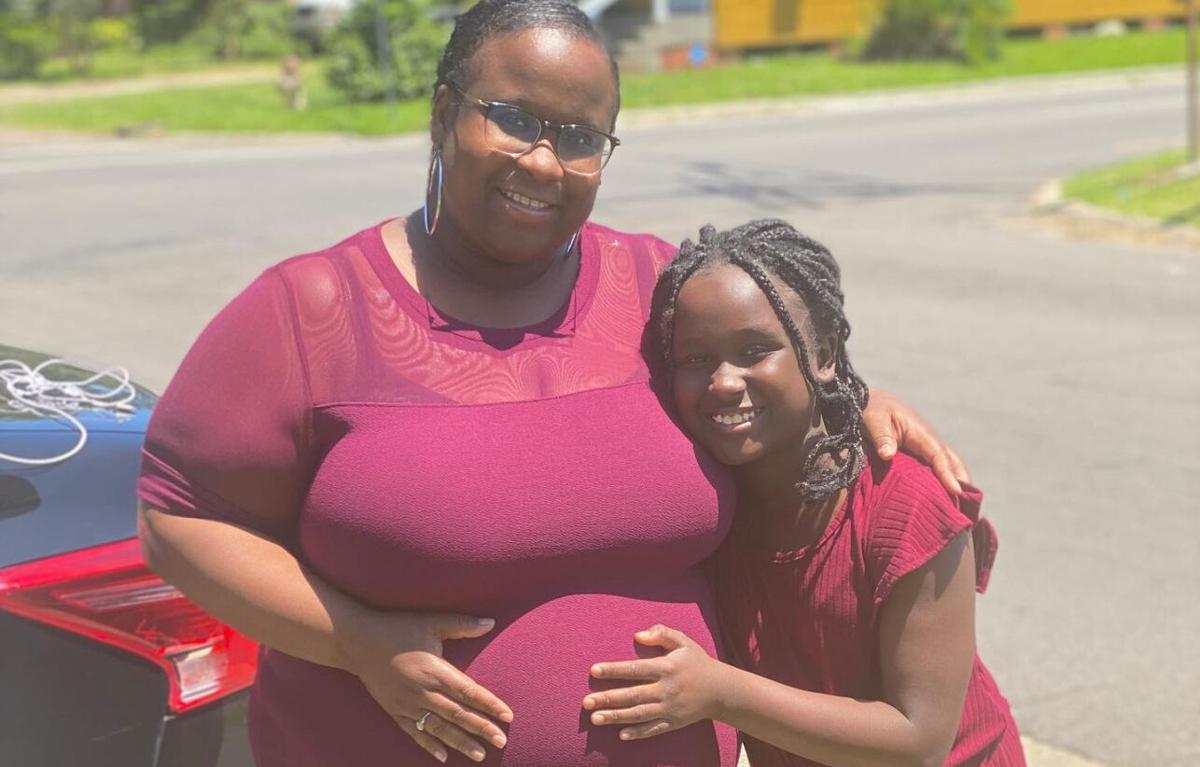 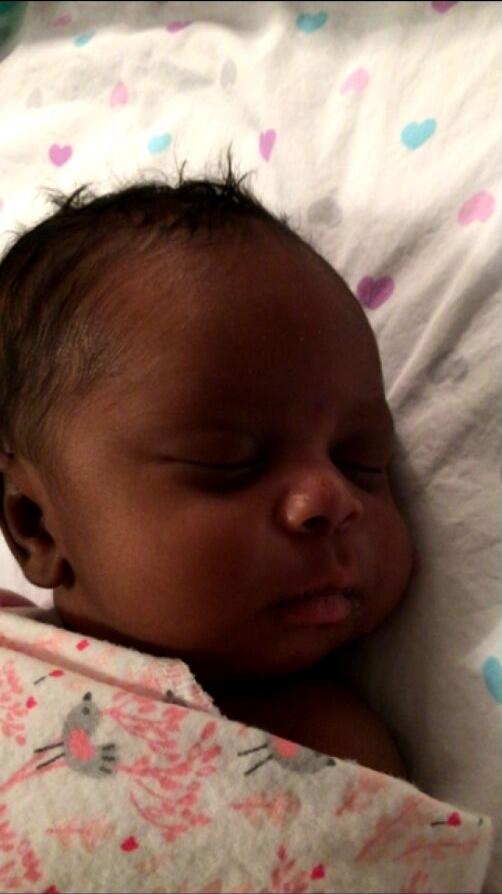 Ke'Lin Dillard gave birth to her daughter, Morgan, in late July. She needed to undergo a C-section after contracting the coronavirus. The baby did not test positive for the disease. 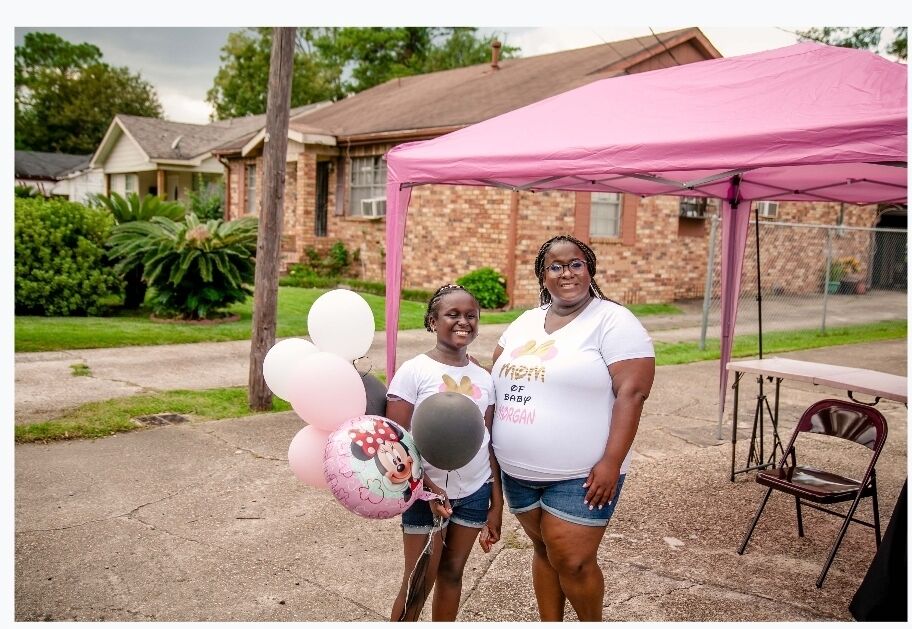 Ke'Lin Dillard and her daughter, Ka'Laiyah, at the drive-by baby shower the month before Dillard's death from the coronavirus.

Ke'Lin Dillard gave birth to her daughter, Morgan, in late July. She needed to undergo a C-section after contracting the coronavirus. The baby did not test positive for the disease.

Ke'Lin Dillard and her daughter, Ka'Laiyah, at the drive-by baby shower the month before Dillard's death from the coronavirus.

Ke'Lin Dillard had planned everything for the arrival of her new baby — even amid a pandemic. She had hosted a socially distanced, drive-by baby shower, shared the news about an impending little sister with her 9-year-old daughter and picked out the name.

"That just made her be a better person, knowing she was about to have another baby," said her mother, Karen Denman. "I saw a glow in her. She took a lot of pride in becoming a mother."

But in the week following the baby shower, Dillard began to develop coronavirus symptoms and later tested positive for the virus. She was admitted to Woman's Hospital in late July.

Dillard's oxygen levels began to plummet days later, forcing her to undergo an emergency cesarean section to deliver her baby at 36 weeks. Heavily sedated during the procedure and then placed on a ventilator immediately afterward, Dillard never had the chance to meet her daughter.

Her condition continued to deteriorate and, on Aug. 17, she died. She was 29 years old.

Denman said her daughter had asthma and was overweight which, along with pregnancy, are classified as as underlying conditions that can make it difficult to fight off the virus.

The family intends to raise the children, Denman said. She added that the children’s father is aware of Dillard's death.

"Without faith, without our trust in God, I don’t know where I would be," Denman said. "I just feel like it shouldn’t have ended up like this, but I know God doesn’t make mistakes. In time, it’s going to get better."

Shortly after the pandemic struck Louisiana, a pregnant coronavirus patient went into preterm labor while on a ventilator and delivered her child at just under 22 weeks. The infant didn't survive.

And in June, another 29-year-old pregnant woman died after receiving a coronavirus diagnosis and delivering a preterm baby.

Dillard's daughter, Morgan, did not test positive for the virus and was transported to the NICU at Woman's after delivery for further monitoring. This move placed Karen Denman in a difficult position.

She wanted to spend time with the newborn but knew that the only way to do that would be to stop visiting her daughter, keeping the baby protected from infection. Denman made the hard choice to continue watching over Dillard and tasked other family members with the care of baby Morgan.

"I understood my daughter needed me more than Morgan," Denman said. "It was the hardest thing I could ever do. I just felt that my child needed me."

Denman was able to visit Dillard throughout the course of her illness, though not without some challenges. After Dillard was admitted to the hospital, most of the family tested positive for the virus, including Denman. All of them, including Dillard's grandmother in her 70s, have recovered.

When Denman was cleared from her quarantine, she visited her daughter as often as she could. But one day, she said, it became too much for her. She couldn't see any clear sign of progress or recovery.

"At some point, I couldn’t take it," Denman said. "I had to tell the doctors, 'Please don’t call me. I don’t know how I’m going to react. I know how I’m feeling right now, and it’s not going to be good, because I see my daughter fading away from me.'"

Instead, she asked Woman's staff to contact Dillard's grandfather with the daily updates of her condition.

Dillard, who was born and reared in Baton Rouge, was Denman's first child. Denman said Dillard was a happy and loving little girl who as an adult concerned herself with the safety and well being of others.

"Ke’Lin, she touched so many people," Denman said. "She would give, give, give. It didn’t matter if she didn’t get anything in return."

Dillard received her certificate for medical assistance and ended up working at ResCare, a disability service provider, for most of her 20s. In recent years, she had started work at MV Transportation Inc. in Baton Rouge, first as a driver, then a behind-the-wheel trainer and later as a classroom trainer.

Her employer sent her to train other employees in Seattle, Atlanta and Louisville, Kentucky, among other cities, an experience her mother is glad she had. Dillard also spent most of her time and energy caring for her 9-year-old daughter, Ka'Laiyah.

"She was the love of her life," Denman said. "She loved the ground her daughter walked on."

Denman saw the same thrill of love her daughter had for Ka'Laiyah in the months before Morgan was born. In a Facebook post on April 1, Dillard shared a little of her pregnancy joy and anxiety.

“Got to see and check on my princess today," Dillard wrote under the picture of her latest sonogram. "I’m in love with her little nose can’t wait to love on her. Y’all stay home please us expecting mothers and mothers that have delivered are having to do this on our own."

Woman's Hospital says pregnant woman need to take extra precautions during the coronavirus pandemic, including self-isolating at home in the f…

At 29, Dillard was still active, not someone her family expected to lose to the ravages of the pandemic — especially because Dillard had taken many precautions to avoid infection leading up to her death.

"It really bothers me when people are not taking this virus seriously," Denman said. "I think that a lot of people are dying unnecessarily. I wouldn’t wish this on anyone."

The night of the funeral, Dillard's daughter, Ka’Laiyah, kept waking up and asking her grandmother the difficult questions of sudden loss: "Is my mama dead? Am I going to see her anymore?"

Woman’s Hospital in Baton Rouge is taking in patients from two Lake Charles area hospitals in the aftermath of Hurricane Laura.