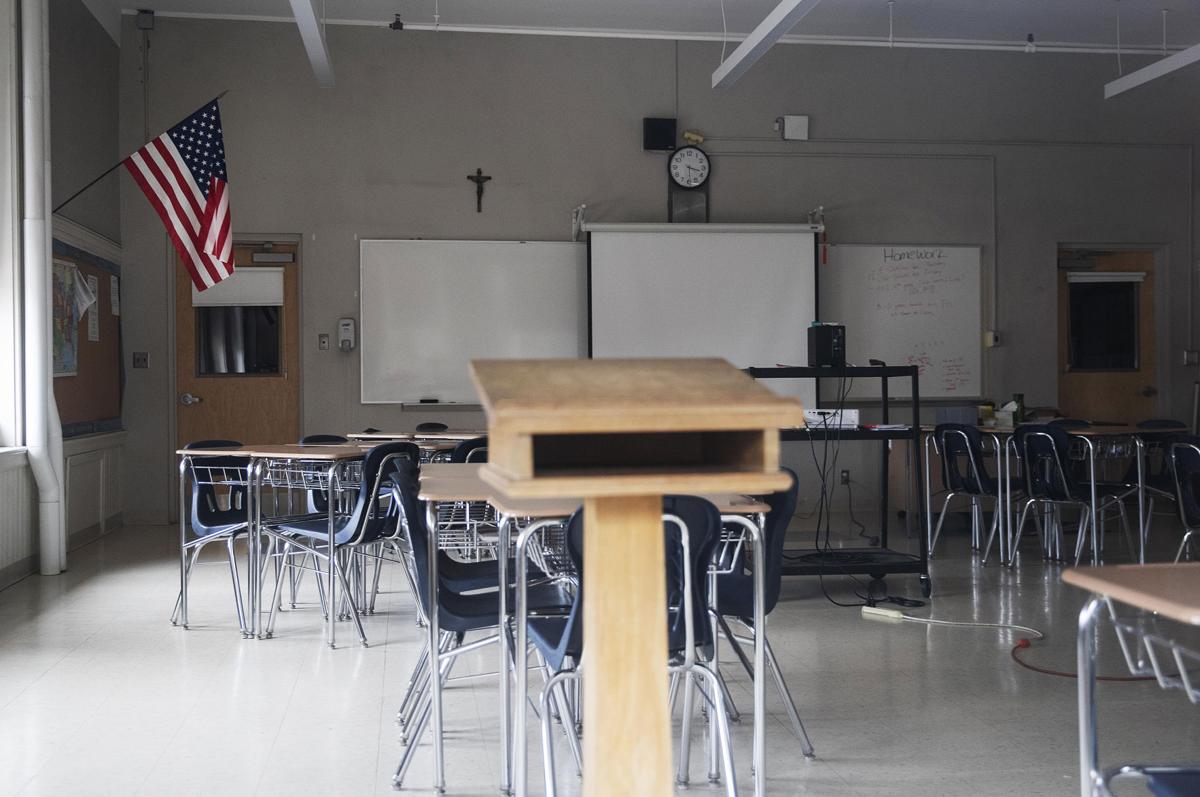 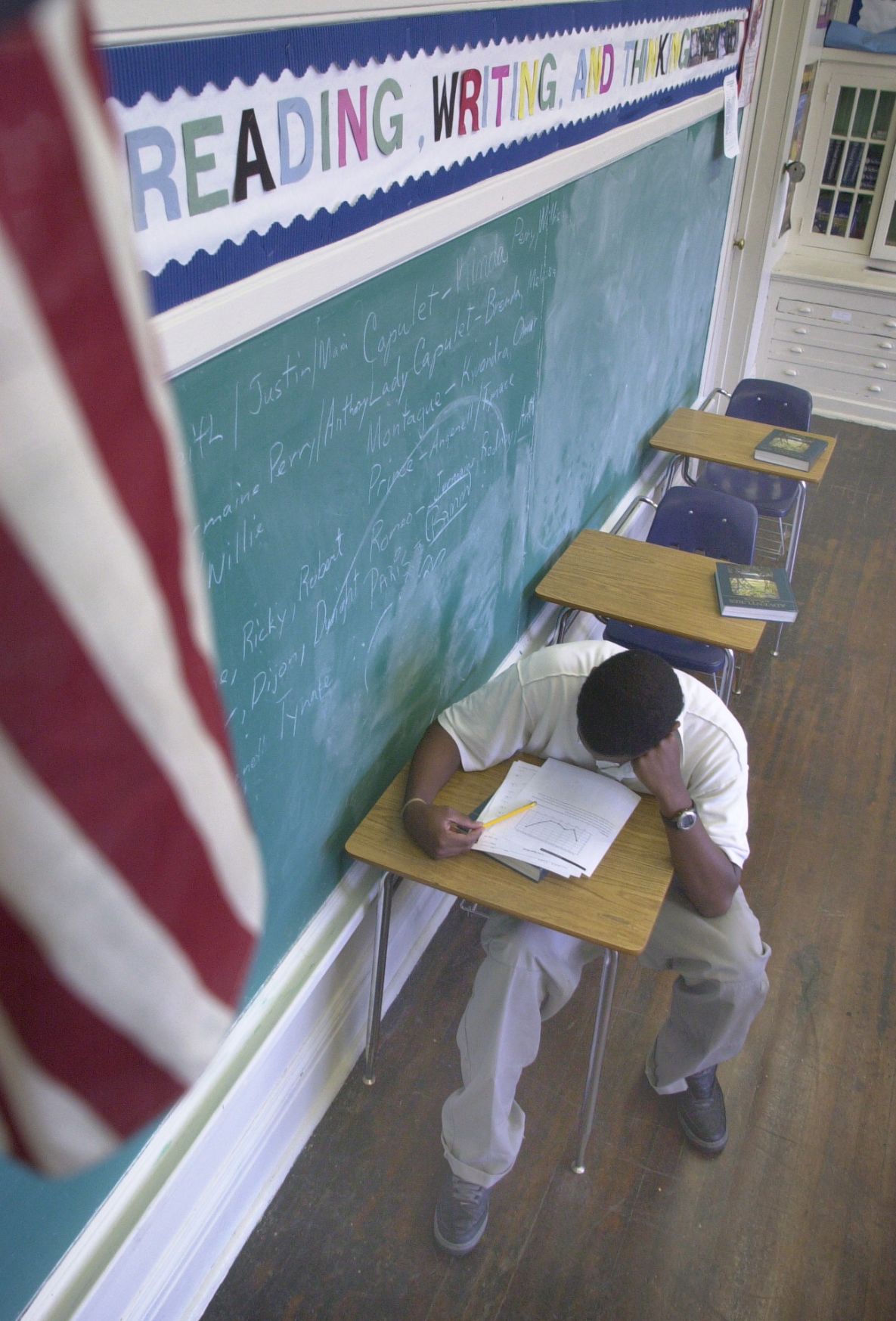 A classroom inside a New Orleans public high school.

A classroom inside a New Orleans public high school.

Just 39 of 69 public school districts in Louisiana are offering "distance learning" during the closure of classrooms because of the coronavirus, according to a survey done by the state Department of Education.

The trend is significant because schools already shuttered until April 13 by order of Gov. John Bel Edwards may be closed longer because of the spread of the virus.

Why are Louisiana schools closed for a month? With coronavirus it's about flattening 'the curve'

But educators said even districts that provide distance learning are only offering a different form of enrichment for their students, not delivering the same instruction that students are used to in traditional settings that include grades.

"Even in urban areas the online learning is really problematic," said Belinda Davis, a member of the state Board of Elementary and Secondary Education who lives in Baton Rouge.

The East Baton Rouge Parish School District is among the 29 not offering distance learning.

Officials said they are instead offering optional enrichment instructional resources to support student learning at home, including assistance in English/language arts, math, science and social studies.

They are also referring families to the websites of the district and the state Department of Education and offering printed packets for students from pre-kindergarten through eighth-grade.

"We want to make sure kids and parents have everything we can give them and not stress them," said Ben Necaise, associate superintendent.

The St. Tammany Parish school system was the lone district that did not reply to the state survey.

Districts that offer online classes have to meet state guidelines.

The idea behind distance learning is to provide students instruction in math, science and other subjects using online platforms like YouTube, zoom and others.

However, any push to make it reality statewide is complicated by the fact that only 69% of households in Louisiana have internet access.

Some educators on Monday began the herculean task of trying to deliver instruction to 719,000 students sent home because of the coronavirus am…

Even that figure may be misleading because some connections, especially in rural areas, are often too weak to handle routine streaming services.

"That is a huge disadvantage," said Sen. Beth Mizell, R-Franklinton and a longtime advocate of expanding internet access across the state.

"They are also working on serving food to the children," Holloway said. "They are overwhelmed but very grateful that they can support families."

Davis, an associate professor in the political science department at LSU, said college officials are also grappling with infrastructure issues during the sudden shift to online classes only for the rest of the spring semester.

"This is something that LSU is worried about," she said.

"They have told us to use the lowest tech possible because they know that our students are scattered across Louisiana and not all of them will have access to more robust platforms."

The governor's order closing schools until April 13 does not require students to make up for school days lost.

Standardized tests, public school letter grades and other accountability measures have been scrapped because of classroom turmoil caused by the virus.

Gov. John Bel Edwards said he will issue a proclamation to shelve standardized tests for public school students because of the novel coronavirus.

Danielle Scott-Johnson, Head of School for the Louisiana Virtual Charter Academy, oversees online education for about 1,900 students statewide, which is mostly unaffected by the schools shutdown.

While teachers scramble to deliver online classes in some districts, Scott-Johnson said doing so suddenly is a huge challenge. "I certainly think that is something that cannot happen overnight," she said.

The Louisiana Association of Educators, one of the state's two teacher unions, has been holding training sessions that allow teachers to hone their online teaching skills.

While the New Orleans area dominates the list of coronavirus cases, the spread of positive tests statewide raises questions on whether the rest of the 2019-20 school year will be canceled.

Kansas last week became the first state to shutter schools for the remainder of the school year, jolting students, parents and teachers.

"The first impact was a state of shock for everyone," said Charles Foust, superintendent of the Kansas City, Kansas school system.

A second LSU student, who has not been on campus since March 13 and is recovering well, has tested positive for the coronavirus, the LSU Emerg…