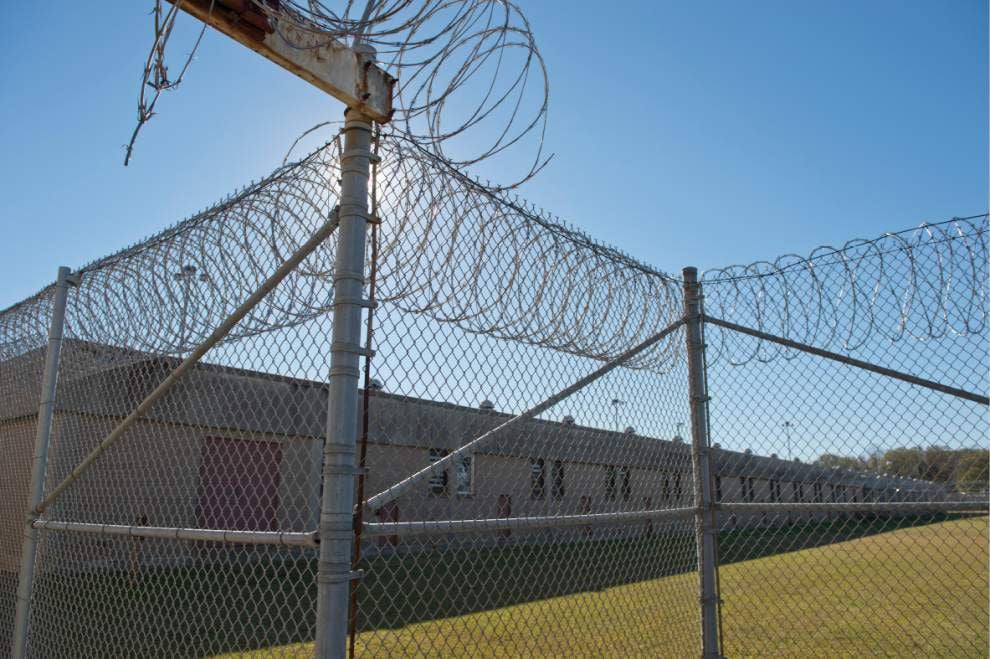 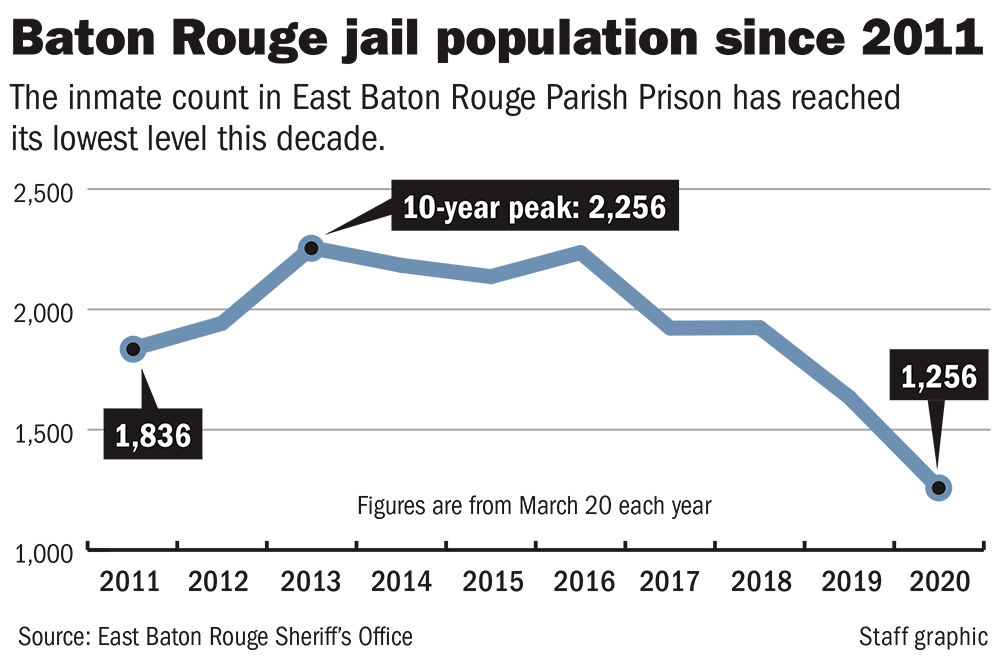 Baton Rouge's jail population has reached its lowest point this decade as officials across the local criminal justice system work to minimize the impacts of the spreading coronavirus.

Jails and prisons — where close quarters and unsanitary conditions are often unavoidable — could become breeding grounds for COVID-19. Prisoner rights advocates have been calling on criminal justice leaders to reduce the number of people incarcerated since the virus first surfaced in the United States.

Baton Rouge officials are doing just that, as illustrated by jail records showing the inmate count is the lowest it's been in at least the past decade.

Local law enforcement agencies are making fewer arrests, focusing on serious and violent charges. Prosecutors and public defenders are working with judges to release some inmates who can't afford bond — efforts that resulted in more than 100 people being released last week alone.

East Baton Rouge Sheriff Sid Gautreaux said recently that it's "just a matter of time" before coronavirus ends up inside the parish jail, which typically operates at or near its capacity of about 1,600 inmates. But the inmate population had fallen to 1,256 as of Friday, according to data from the sheriff's office. That's down from 2,256 in March 2013, a 44 percent drop.

The sheriff's office provided numbers showing the jail count on March 20 each year for the past decade. It hovered above 2,000 from 2013 through 2016 and has been slowly falling since then, in part because of other unrelated efforts to focus limited law enforcement resources on violent crimes and move all defendants through the system more efficiently.

The numbers do not include defendants who have been convicted and sentenced, or state Department of Corrections inmates being housed there. The data don't allow a comprehensive analysis of the inmate population but do provide a useful snapshot and illustrates the significant impacts of the ongoing coronavirus crisis, which has prompted criminal justice leaders across the nation to rethink some standard practices that determine who's locked up and for what reasons.

East Baton Rouge Sheriff: It's only a matter of time before coronavirus arrives in jail

Gautreaux announced last week that local law enforcement agencies would stop booking people for all misdemeanor crimes except those considered violent, involving domestic abuse or drunk driving. Since his announcement, jail booking records reveal a striking drop in arrests across the parish, which in recent days have been mostly limited to serious crimes of violence such as murder and domestic abuse.

Meanwhile the parish district attorney and public defender are meeting each morning to discuss which defendants can be released pretrial and how to resolve certain cases as quickly as possible.

East Baton Rouge District Attorney Hillar Moore III said the meetings are a direct effort to reduce the jail population without jeopardizing public safety. He said that's a "balancing act" that poses difficult questions for the courts, where proceedings have been largely halted during the coronavirus pandemic.

"In this public health crisis — where all the experts and officials have called for social distancing and warned against close contact — what do you do with people whose cases are on hold but who nonetheless are left in jail?" he said. "We recognized early in this emergency that the answers would only come from collaboration among all of the criminal justice stakeholders."

Advocates argue the current trends are long overdue, that the ongoing pandemic has highlighted both flaws and solutions within the American criminal justice system — and especially in Louisiana, which keeps more people locked up per capita than anywhere else in the world.

"We've seen what can be accomplished when all the players across the criminal justice system work together — it's more efficient, more humane and less expensive," said Lacie Dauzat, an East Baton Rouge public defender who focuses on pretrial release. "That new level of communication and coordination is one positive amongst the chaos of this pandemic."

Editor's note: This story has been updated to clarify that inmate population numbers provided by the East Baton Rouge Sheriff's Office do not include defendants who have been convicted and sentenced, or state Department of Corrections inmates being housed in the parish jail.

Among the things that have happened since Landon Davis got arrested and charged with simple robbery last summer: His fiance gave birth to thei…