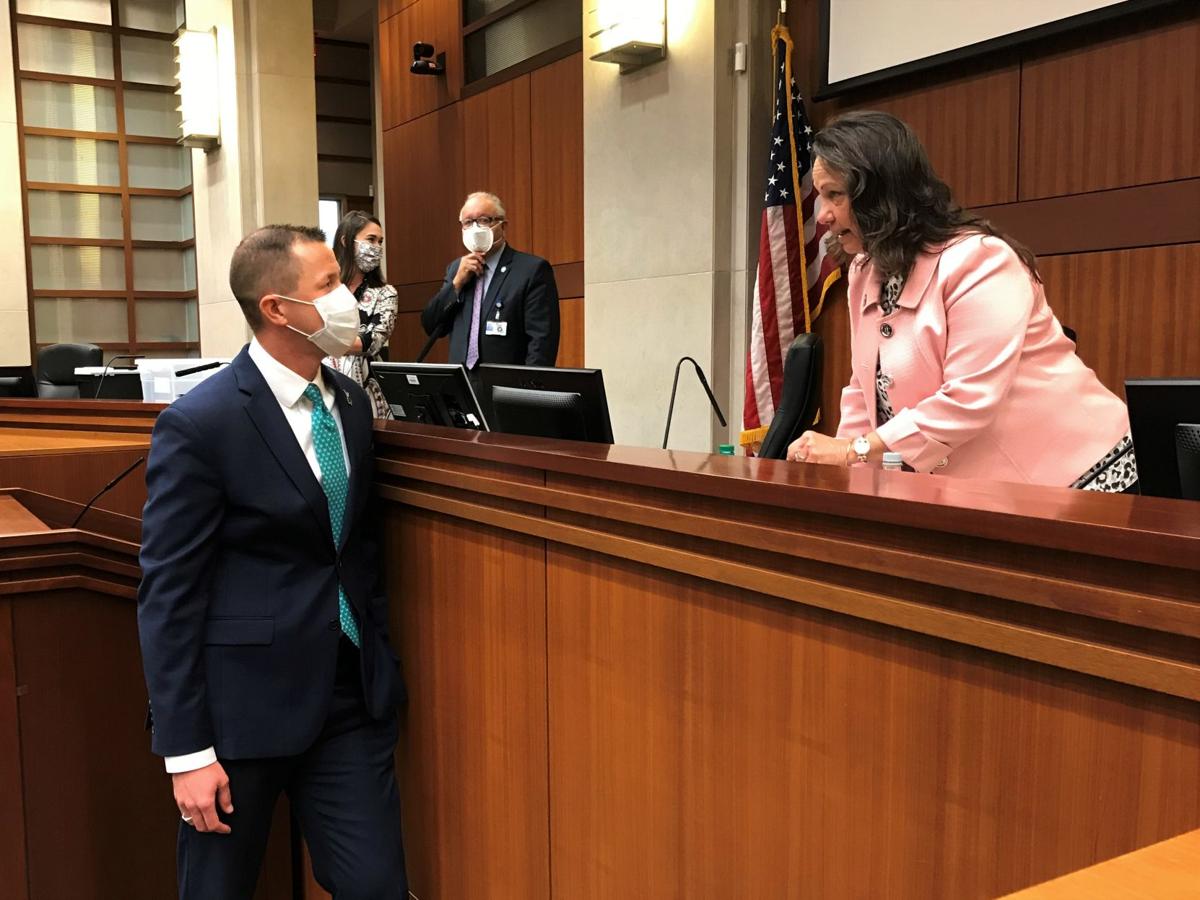 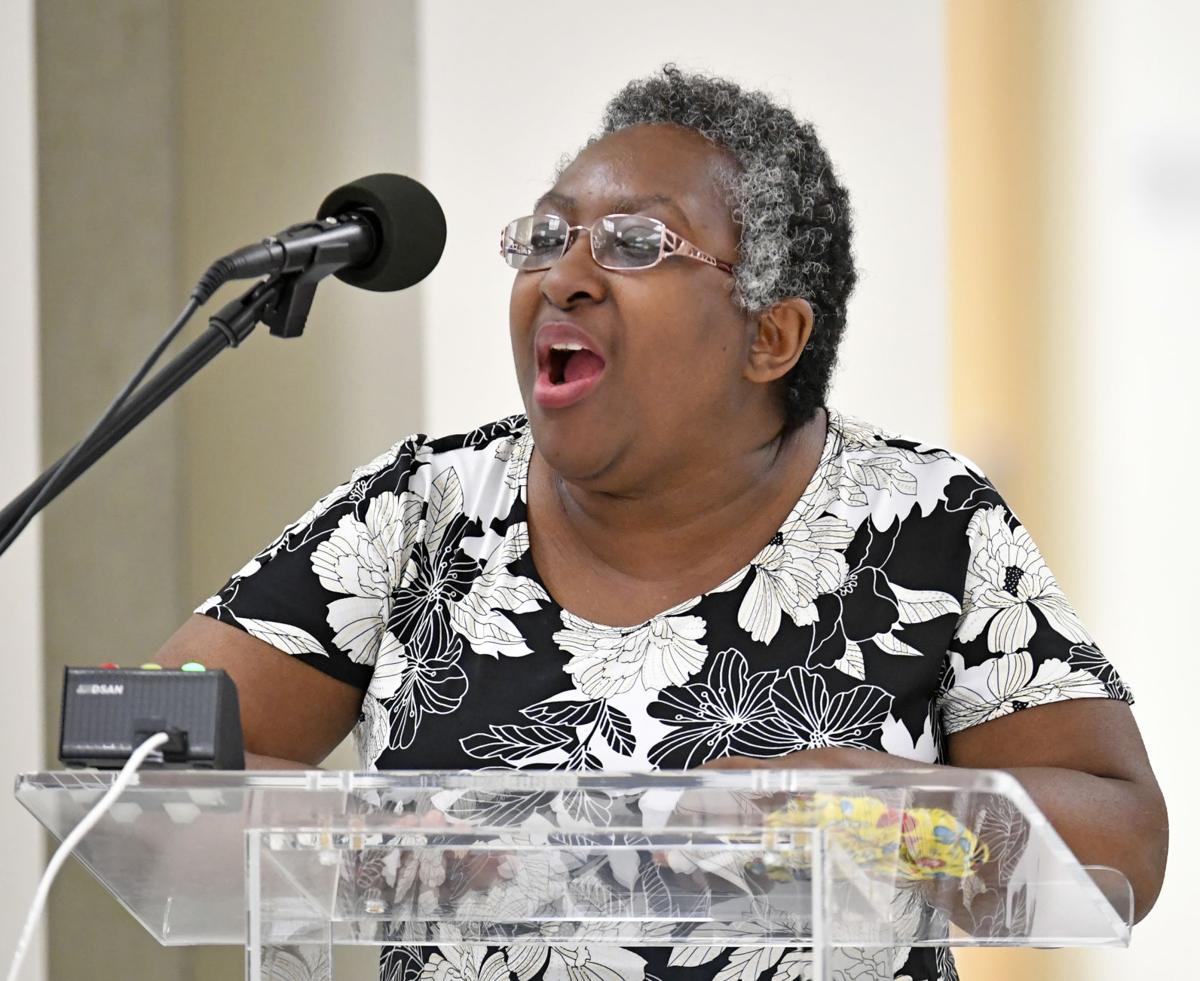 Anita Augustus of the EBR Parish Association of Educations speaks during the public comment portion of item No. 13 regarding the renaming of Lee High School during a meeting of the East Baton Rouge Parish School Board, Thursday, June 18, 2020, at the Professional Development Center in Baton Rouge, La. 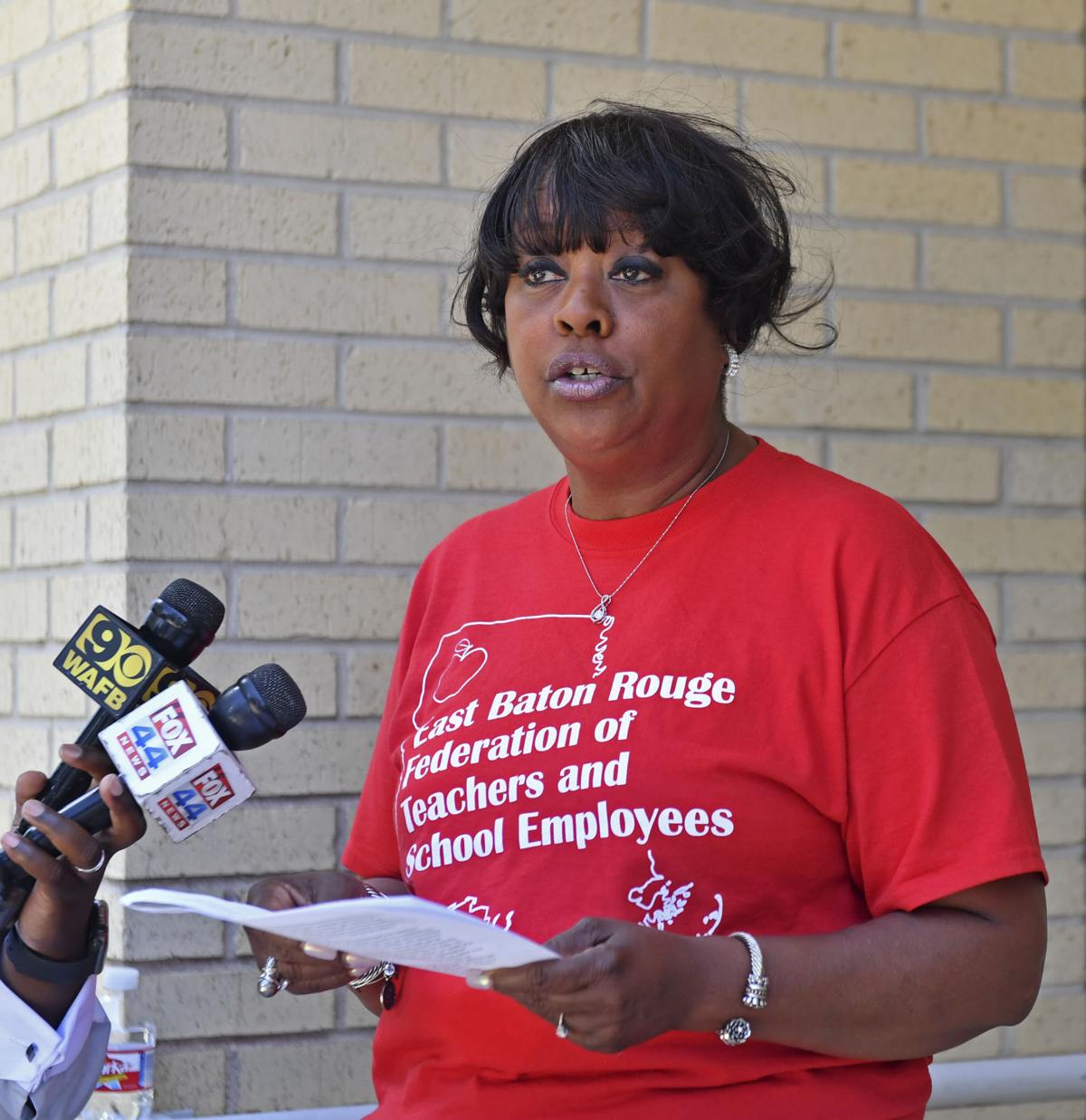 Anita Augustus of the EBR Parish Association of Educations speaks during the public comment portion of item No. 13 regarding the renaming of Lee High School during a meeting of the East Baton Rouge Parish School Board, Thursday, June 18, 2020, at the Professional Development Center in Baton Rouge, La.

Wearing masks is a key strategy in Louisiana’s effort to prevent the spread of the novel coronavirus when long-closed schools reopen in a few weeks for the 2020-21 school year, but the “strong recommendation” is prompting many questions with few easy answers.

“What do I do if Johnny doesn't keep his mask on?” asked Angela Reams-Brown, president of the East Baton Rouge Parish Federation of Teachers.

The state issued school reopening guidelines on June 25. One recommendation is that all public schoolchildren in grades three to 12, as well as all adults, wear face coverings to the “maximum extent possible.”

Anita Augustus, president of the Association of Educators chapter in the parish, wonders how that will work with third-graders.

”Who is going to wear a mask at that age for eight hours, and what control do we have over that?” Augustus asked.

“Are they going to be sanitized?” Augustus continued. “Our parents don’t even wash their (children’s) uniforms, and now you’re saying they’re going to bring a clean mask every day?”

“The number one question that my parents are asking has to do with face coverings,” said Don Mayes, superintendent of Parkview Baptist School in Baton Rouge.

Like the rest of the nation, Parkview has had an ongoing debate over the efficacy and the politics of mask-wearing, with some parents supporting masks and some opposing them —  and “there’s a middle group that doesn’t care,” Mayes said.

Mayes said he will likely make mask-wearing the topic of his next weekly parent message. He said he’s not sure yet where he will draw the line. Some children, for instance, have medical conditions that preclude them from wearing masks.

“You can’t make it mandatory for everybody,” he said, “but I also understand being socially responsible.”

Public schools in Jefferson and Orleans parishes have already announced they are going beyond state guidance and requiring mask-wearing for all staff and students. Orleans is making exceptions for those with “medical conditions, behavioral issues, disabilities and other health or safety issues,” and children in grades prekindergarten to two can use face shields rather than masks.

In the Baton Rouge area, schools are generally taking longer to say what they are going to do.

Public school leaders in Ascension Parish say feedback from parents is helping them as they develop a re-opening plan for the fall, but that i…

Ascension Parish schools plan to issue detailed reopening plans by July 17. They are building off the state’s recently issued guidance, including that ‘face coverings are being strongly encouraged.”

Superintendent David Alexander said he’s not ready yet to say what that will look like in practice.

“It’s premature to really respond to a lot of what-ifs,” Alexander said.

East Baton Rouge Parish, whose first day of school is Aug. 6, may keep its doors closed through Sept. 9 and offer strictly digital education. Or it may opt for a “hybrid” approach where kids come in for two days a week and learn virtually the other three days.

Superintendent Warren Drake laid out these options in a letter Friday to district employees. Which way the school system goes depends on whether COVID-19 cases continue to grow in the coming weeks, he said.

“I know many of you are anxious for a comprehensive and inclusive plan for August, but in my opinion, it is too early to commit to a definite scenario today,” Drake said.

Meanwhile, a reopening task force has been meeting to continue to iron out the details of either approach. And the school system has launched a parent survey asking for their thoughts.

Associate Superintendent Ben Necaise said the school system is preparing to purchase an “initial supply” of cloth face masks, enough for all students and staff to have whenever they return to their school buildings. But Necaise said he’s not sure whether the school system will go beyond the state and require their use.

“I think that’s all sort of waiting for definitive direction,” Necaise said.

On first day of Baton Rouge's mandatory mask rule, most – but not all – shoppers complying

On Friday at noon, East Baton Rouge Parish began requiring compulsory mask-wearing at all commercial and nonprofit entities — Baker, Central and Zachary are exempted. The order is in effect until Aug. 3, but Mayor Sharon Weston Broome has said she may extend it if COVID-19 cases locally remain too high.

Broome’s mask order does not as yet apply to schools. But Reams-Brown, the teacher union leader, said if it’s extended, she thinks Baton Rouge schools will ultimately be compelled to require masks as well.

“I find it hard for them not to mandate it if the mayor is mandating it,” Reams-Brown said.

Cade Brumley: Face masks in Louisiana schools a 'strong recommendation,' but not mandatory

The state also may go further than it has so far.

Phillips said there may be an executive order in the future from Gov. John Bel Edwards that requires schools to do more, but until then the state guidance is meant to give school districts “best practices’ with which to start their planning for the new school year.

In the absence of a mask-wearing mandate for schools, those schools will have to rely on their powers of persuasion to get students to wear them.

“Look I’m a former principal. I know it’s hard to keep a student’s shirttail tucked in, much less a mask or face covering ,” Brumley said. “I think that systems will almost have to treat this like part of the uniform if they decide to go with these guidelines.”

Phillips suggested a different approach. She urged educators to try to make children their allies by talking to them about the importance of mask-wearing not just for them for those they love. She says she does as much with her own eight-year-old son.

“Instead of saying what you must do, say, here’s what we want you to do, here’s how to be a part of it, here’s how you help us to reduce it,” Phillips said. “And I think we will have much more success in that manner.”

Augustus, president of the East Baton Rouge Association of Educators, said it’s hard for educators to put themselves at risk given the current uncertainty. Augustus, a pre-k teacher at Melrose Elementary, worries about children bringing the virus to school.

And their parents can be inconsiderate.

“We have had children who came to school sick,” she said. “The parents knew they were throwing up and they sent them anyway, and (the parents) won’t answer the phone.”

She said teachers in her organization want to come back to work, but only if it’s safe. If they aren’t assured that school is safe, some, especially those at greatest risk of contracting COVID-19, are likely to stay home or retire early, Augustus said.

“We’re hearing that personnel will not show up,” Augustus said. “They’re saying, ‘My health is too important.’ They can’t do it.”

Coronavirus in Louisiana: Hospitalizations increase by 74 in past 2 days during July 4th weekend

The Louisiana Department of Health reported 1,937 more coronavirus cases, 10 more deaths and 74 more hospitalizations over the last two days i…