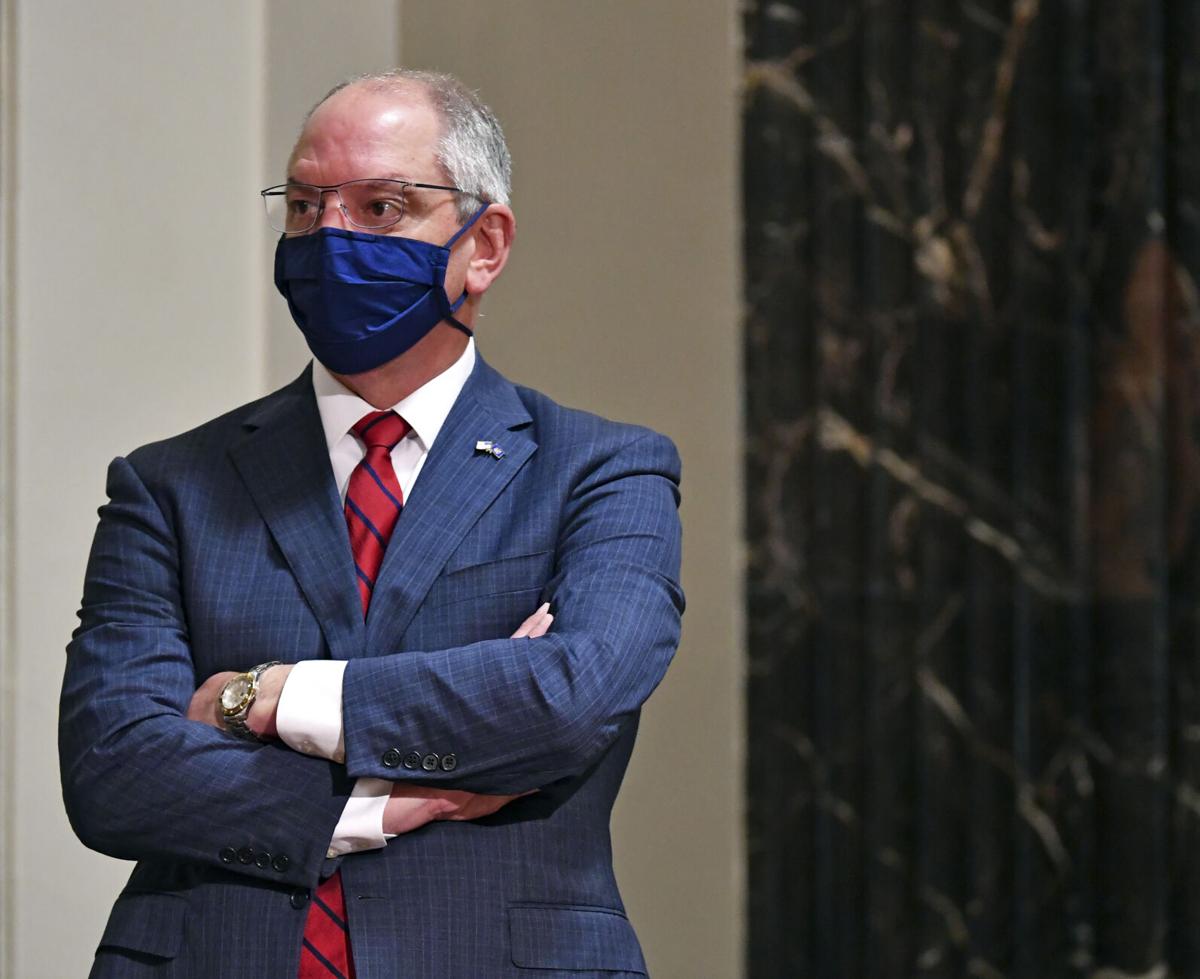 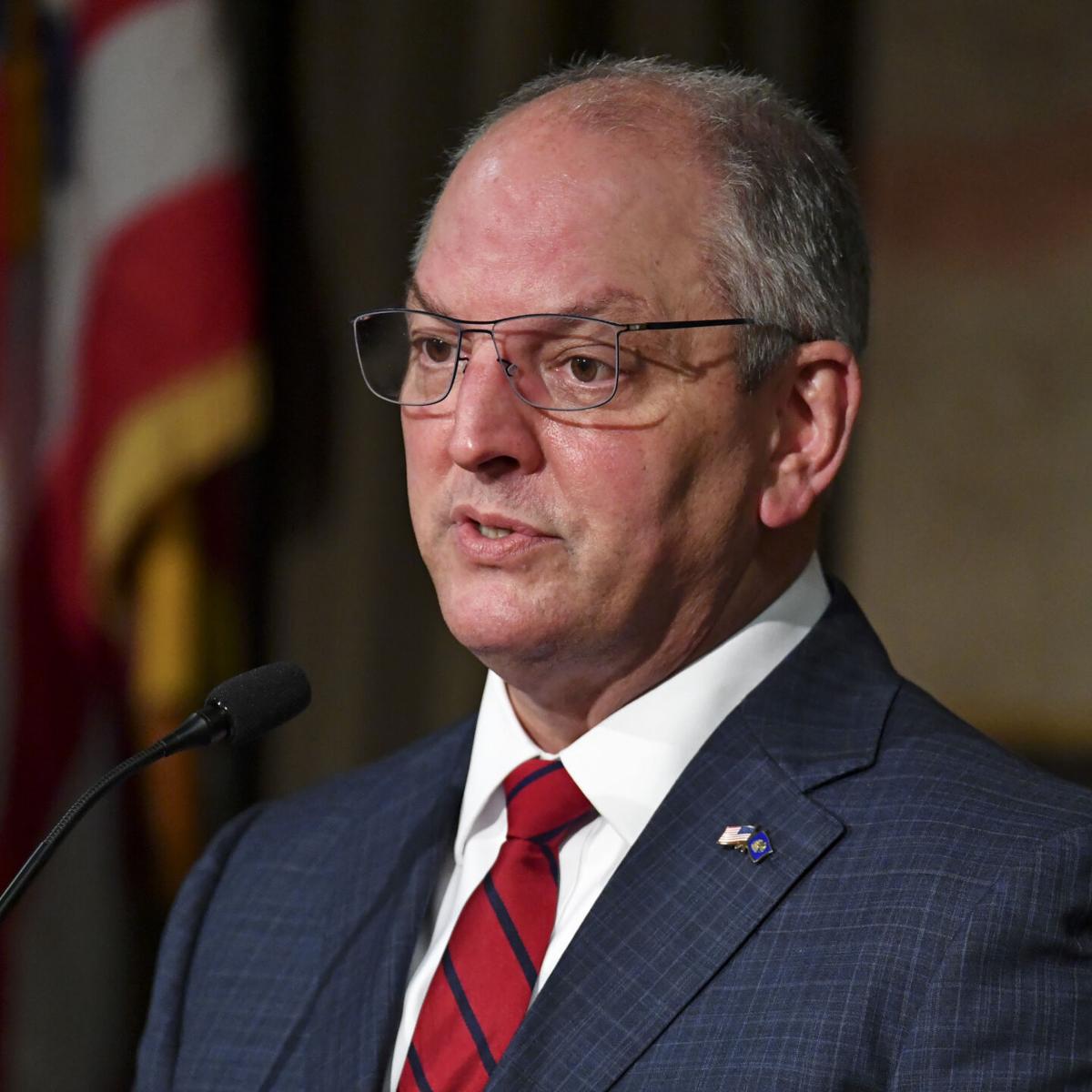 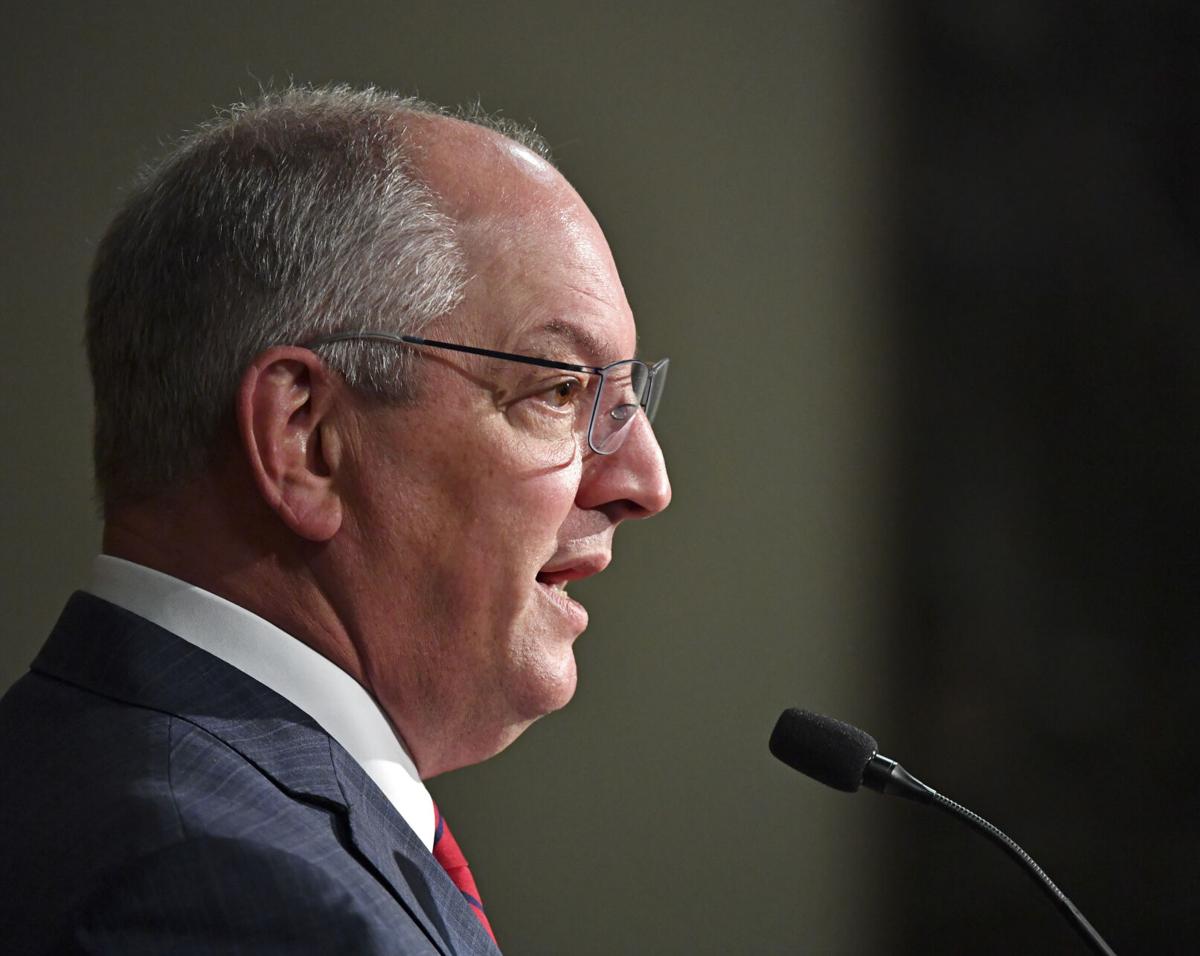 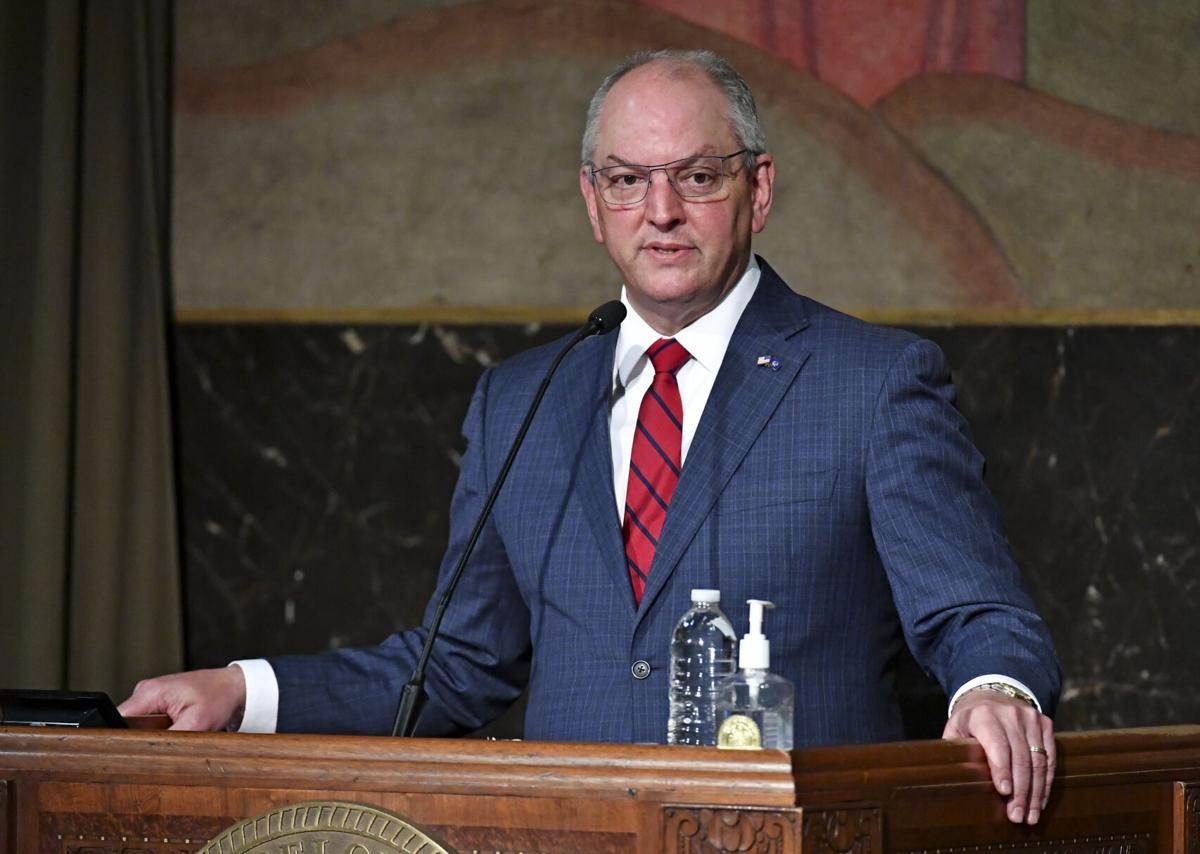 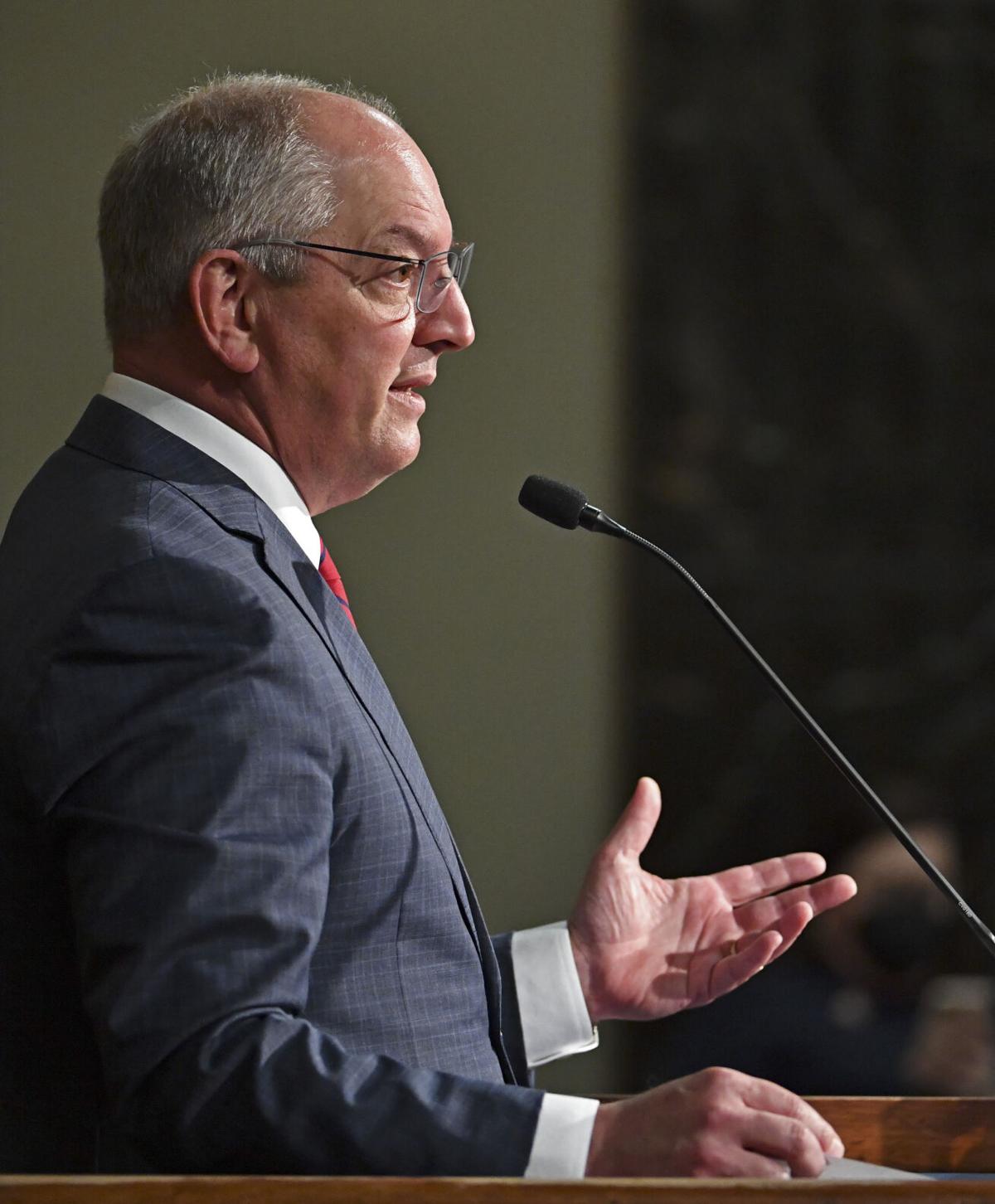 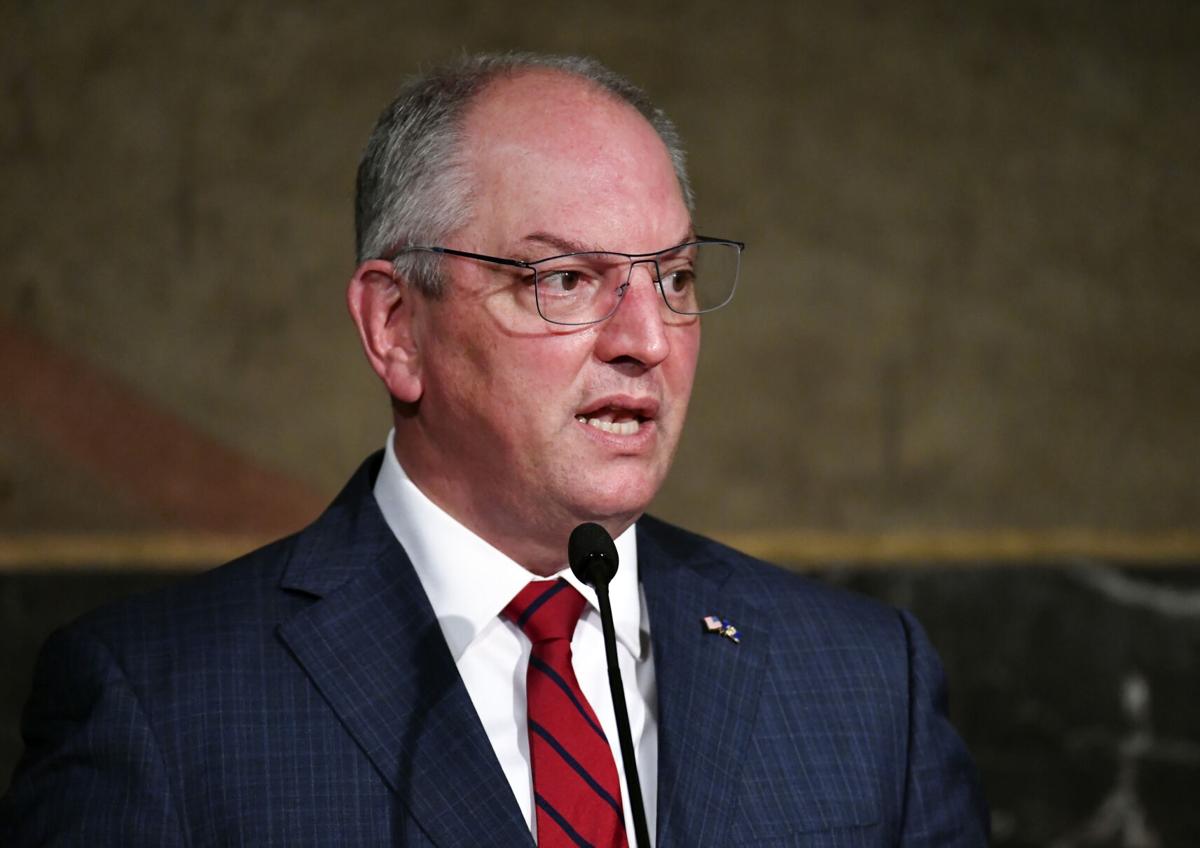 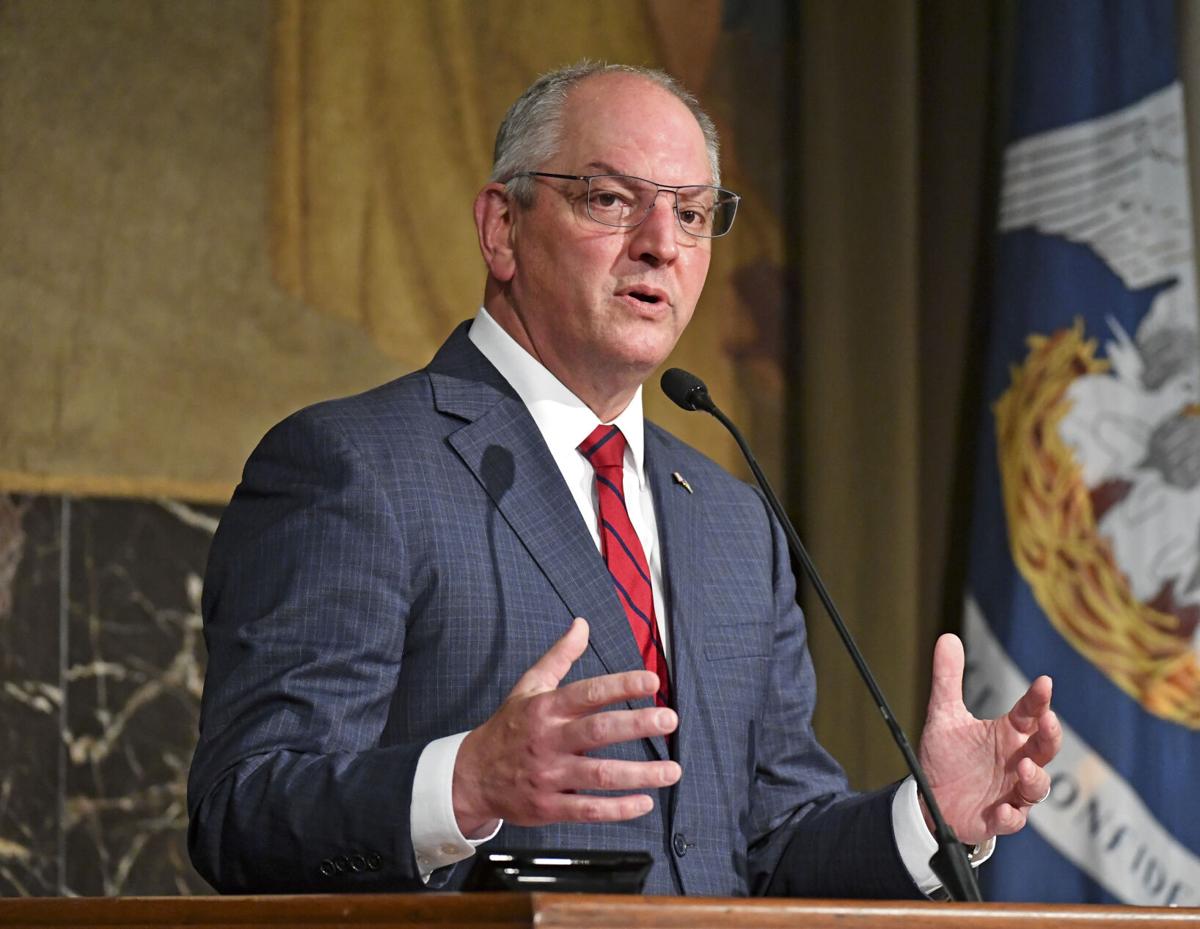 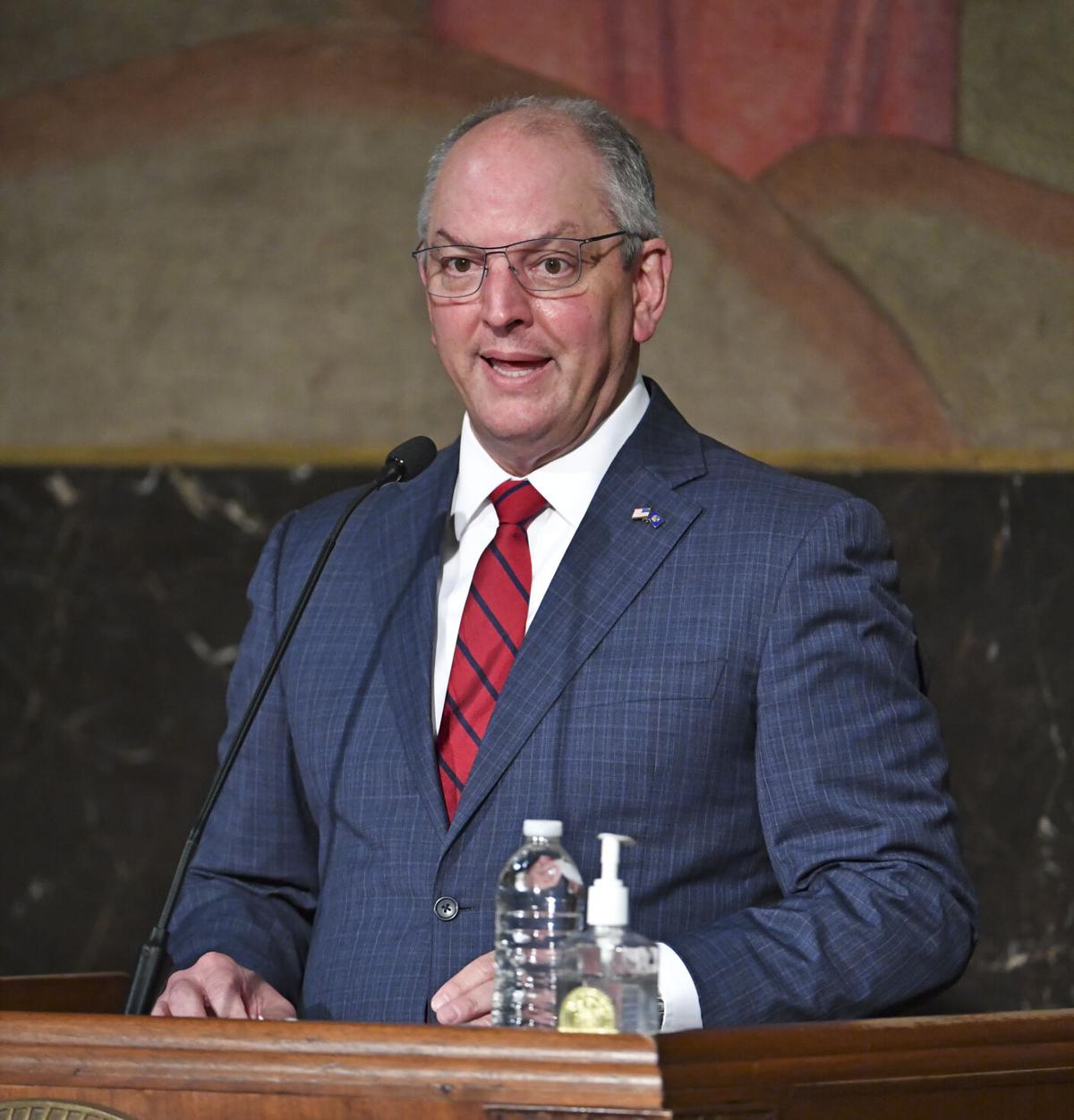 With Louisiana's latest coronavirus restrictions set to expire next week, Gov. John Bel Edwards on Thursday flirted with the possibility of lifting the state's mask mandate, saying that "nothing is off the table" until he's briefed by public health officials.

The governor has loosened restrictions at several points over the course of the pandemic, only to see cases and hospitalizations eventually skyrocket, prompting tighter rules. That surge hasn't materialized in the past three weeks, though there are early signs of a rebound in transmissions.

The percentage of COVID-19 tests coming back positive increased for the second straight week, but Dr. Joe Kanter, the state health officer, said that's likely attributable to the spread of the more transmissible U.K. variant — not the loosened restrictions. That rate jumped to 3.5% from around 2.6% last week.

Edwards wouldn't say at a press conference Thursday what restrictions he is considering implementing when his latest proclamation expires Wednesday, but the governor made clear that Louisiana won't fully emerge from the pandemic until enough people get vaccinated.

The state's vaccination campaign has hit a snag in recent weeks as the supply of available doses eclipsed demand for appointments. Kanter said the state didn't draw down all available doses last week, as the number of people starting new vaccinations cratered. Fewer than 45,100 people got their first shot last week, one of the lowest weeks since the public roll-out began.

That lag in demand has been apparent at the federally-backed mass vaccination in Baton Rouge, which has the capacity to deliver 3,000 jabs a day, but delivered only 656 doses since opening on Friday. Edwards said the demand at that site "is not what we need it to be, what we hoped it to be."

To reach those who haven't yet gotten vaccinated, the state has partnered with churches, nonprofits and other "trusted" community leaders to head up its grassroots outreach campaign. A dozen vaccination pop-ups are scheduled this weekend near census tracts with the lowest inoculation rates and the state plans to send out 105,000 pieces of direct mail next week.

"I'm also mindful that for people who for whatever reason are hesitant, my voice isn't necessarily the one that would convince them," Edwards said, noting that medical experts are on standby on the state's vaccination hotline to answer any questions. That number is 1-855-453-0774.

Louisiana continues to trail other states with only 31.4% of its population — or around 1.45 million residents — having received at least one dose of the vaccine. Only Mississippi and Alabama fare worse, with the national population having received one dose hovering around 40%.

One metric where Louisiana is ahead of the nation is in addressing the racial disparities in vaccine uptake, Kanter said. Of all the vaccines administered in Louisiana so far, 28% have gone to Black residents, nearly matching their share of the state's population at around 33%.

The Center for Disease Control and Prevention’s Advisory Committee on Immunization Practices is scheduled to meet Friday to discuss recommendations for the Johnson & Johnson vaccine going forward.

Kanter said he expects the committee to confirm that it's a "highly efficacious, very safe" vaccine, but said the two-week pause has shown how seriously public health officials are taking the safety around vaccine rollout.

"It only took six cases to cause the pause, and furthermore the fact that the FDA and CDC were able to recognize six cases of this incredibly rare disease and act so quickly is incredible, it would not have been possible twenty years ago," Kanter said.

The campaign to get Louisiana residents vaccinated has gotten creative lately, with brass bands playing at 24-hour drive-thru vaccination events and bars hosting events where a vaccine shot will get you a free shot of alcohol. Kanter said the Department of Health is interested in other creative vaccination drives and put a call out for ideas.

"Now that we have a lot of supply, anyone in this state that has an idea or wants to do a vaccine event that they think is novel or they think is going to get interest or be able to reach people that haven't been reached, we'd love to partner with them," Kanter said.

The number of Louisiana residents who have completed their COVID-19 vaccine series topped 1 million for the first time Thursday, a reassuring …