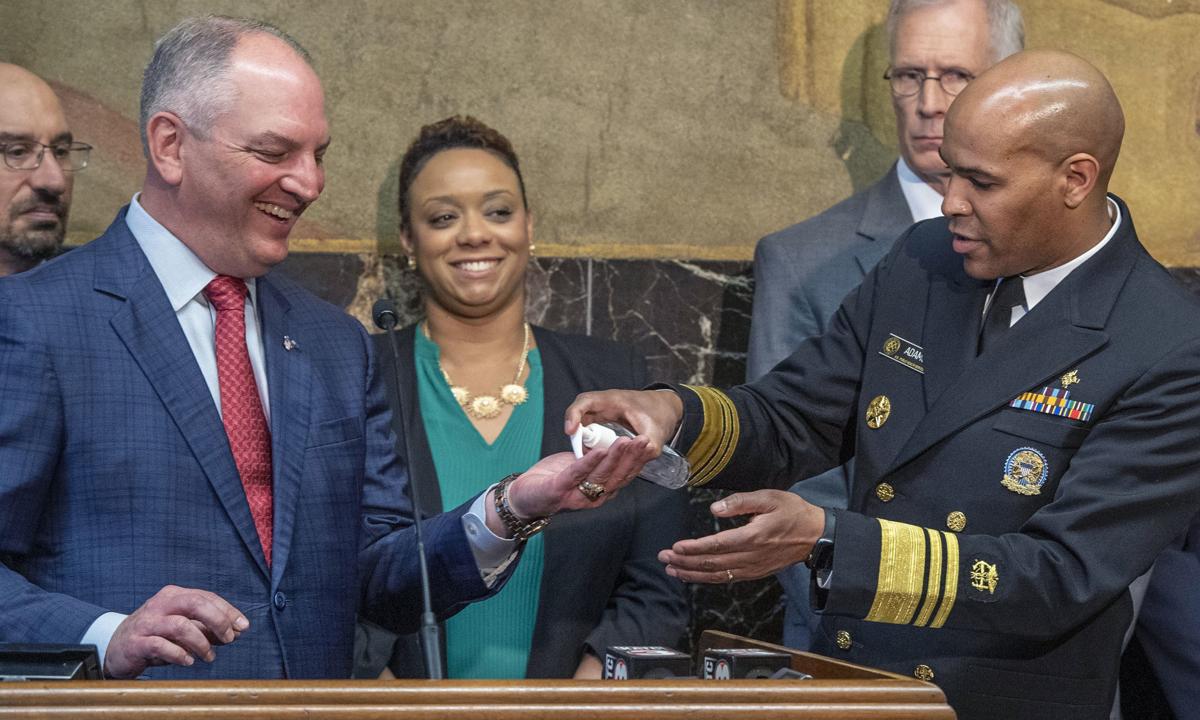 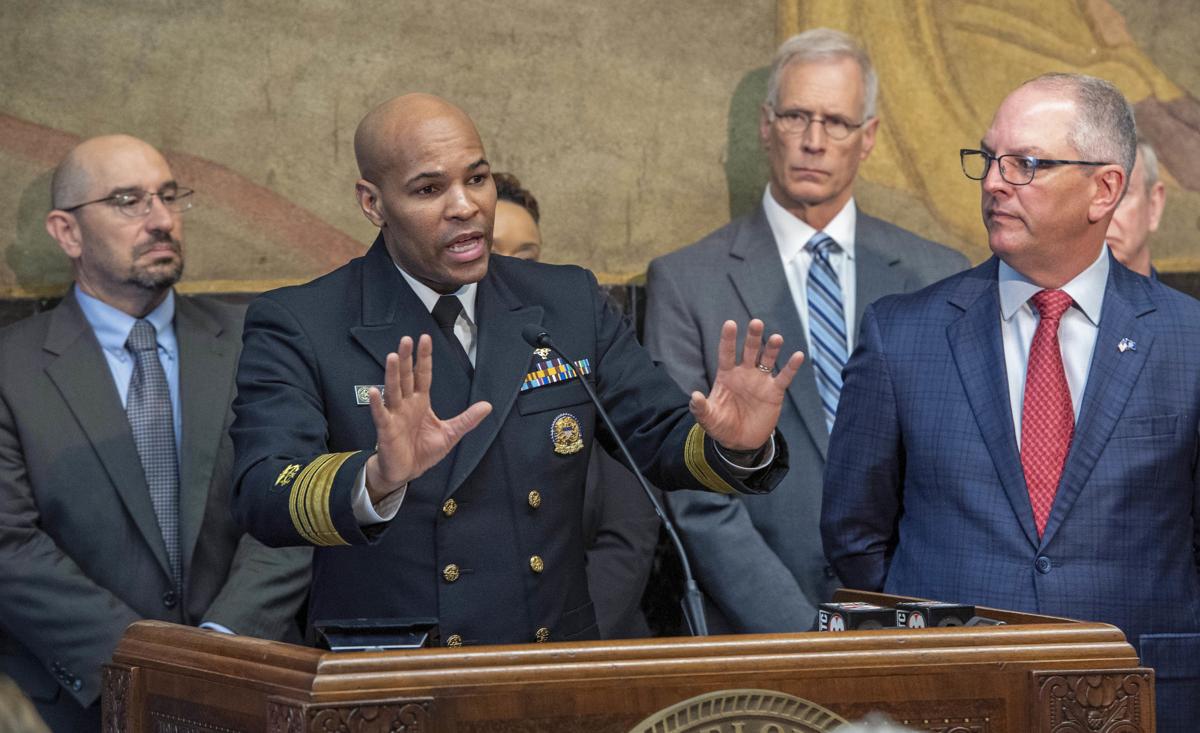 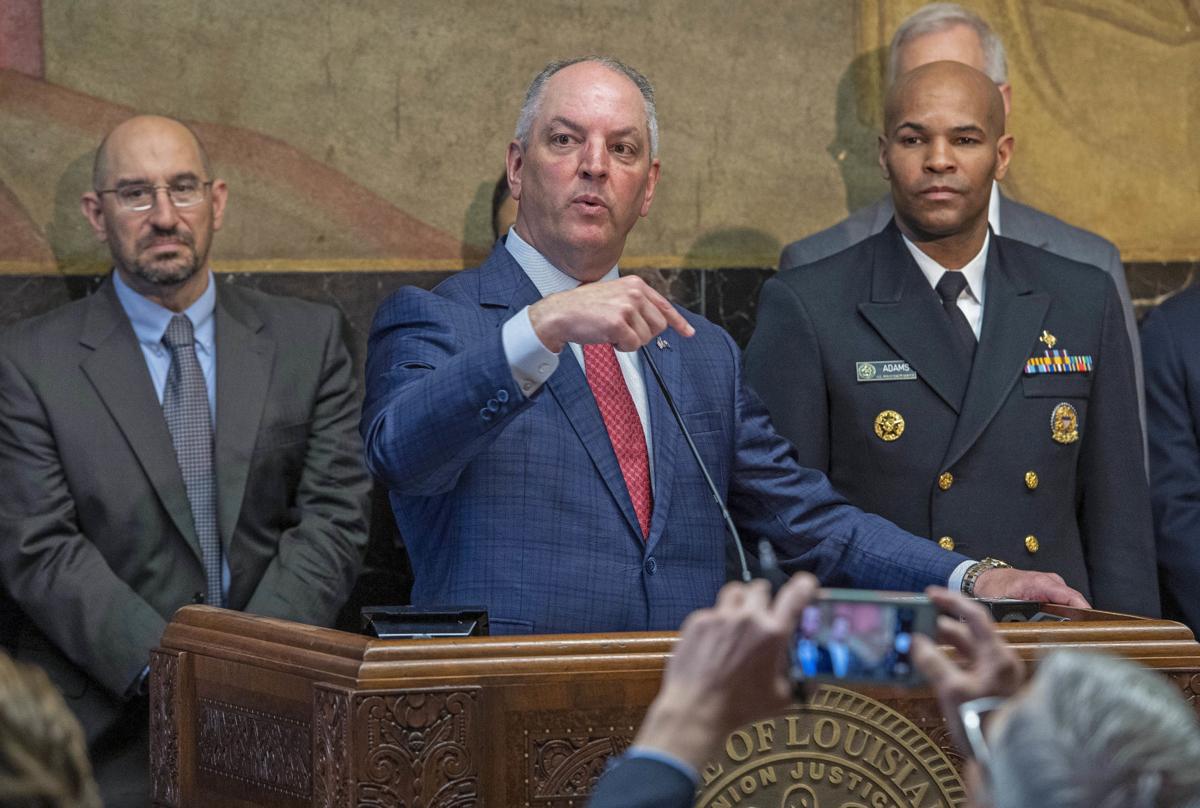 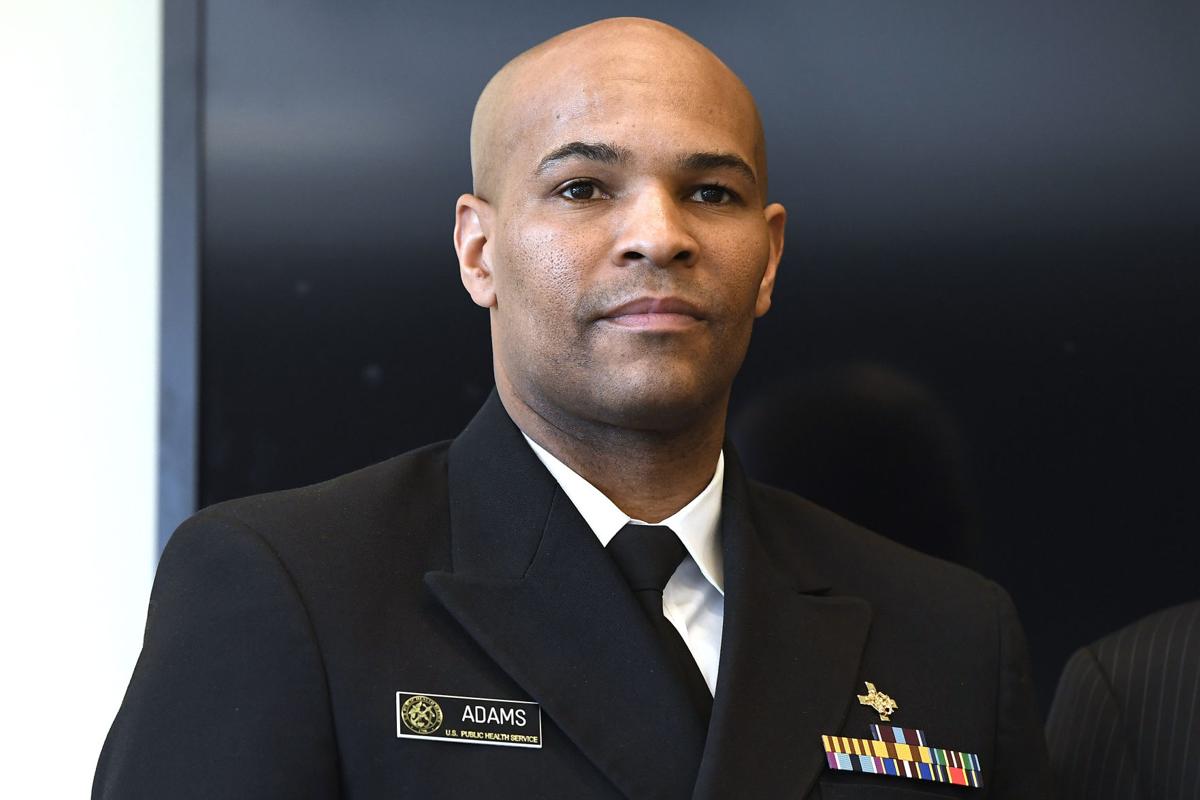 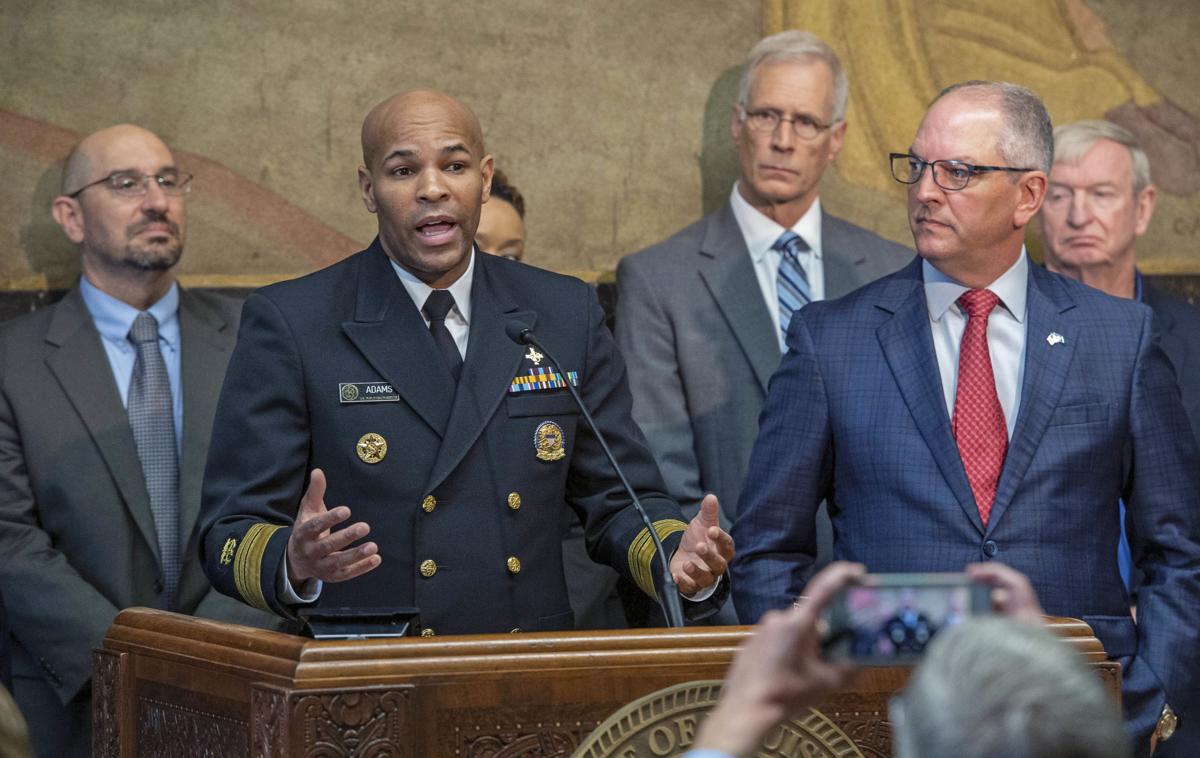 Louisiana on Thursday joined the federal government and a host of other states in taking dramatic steps to mitigate the coronavirus pandemic and avoid overwhelming health care systems, with the state restricting visitors to health care facilities, prisons and nursing homes as the number of confirmed cases rose to 19.

“We’re at an inflection point,” Edwards said. “We are looking at limiting certain things that we know to increase the risk of the virus being spread. It has to do with gatherings of a certain size.”

Adams, in Louisiana for a pre-scheduled trip that turned into a coronavirus response meeting, said the federal government was moving from focusing on containing the virus to mitigating its impacts across the country. He also said the government was working to “flatten the curve,” or spreading out cases to avoid overwhelming hospitals and other health systems. That will lead to cancellation of large events and other disruptions.

“Mitigation is inward-facing. It’s saying, 'We’ve got coronavirus in our communities. What can we do to lower the impact of it and slow the spread of it',” Adams said.

Will Wade on NCAA calling of basketball season: It 'did the right thing'

The Louisiana Department of Health ordered health care facilities across the state to restrict visitors to those deemed essential to the care of patients in an effort to limit the spread of the virus. The prohibition, which lasts at least 30 days, means visitors will only be allowed to visit after “consultation with families and responsible parties,” though the ban does not include situations involving end-of-life care.

The move bans “restricted” people, or those with respiratory infection; those who had contact with someone ill with COVID-19 or respiratory illness; those who traveled internationally to a place affected by the virus; or those residing in communities where “community-based spread” is occurring. Officials believe New Orleans has community spread of COVID-19, meaning it is spreading locally and not through travel.

The health department also recommended facilities consider limiting or restricting “all elective or voluntary medical procedures” for the next month.

None of Louisiana’s 19 known coronavirus patients have died, though most have been severe, requiring hospitalization, officials said. The state is using testing guidelines from the federal government that limits the tests to those with symptoms who came into contact with someone with COVID-19, traveled to another country affected by it or who are hospitalized with no other explanation. As of Thursday, 64 people in Louisiana had been tested with one of the limited number of test kits provided by the federal government.

Amid coronavirus, Louisiana legislative session to continue, at least for the time being

Officials are worried that an explosion of new coronavirus cases, especially among old or sick people, could overwhelm hospitals, and sought to take precautions to slow its spread through a variety of avenues. The state banned visitors to prisons and nursing homes. The Trump administration a day earlier banned travel from most European countries. The NCAA canceled its remaining winter and spring championships for men’s and women’s athletics.

The pandemic continued to ripple through the economy, with the stock market experiencing its worst day since the Black Monday crash of 1987.

During the morning press conference, Edwards said another resident of the Lambeth House retirement home in New Orleans tested positive, bringing the number of Lambeth residents who tested positive for the virus to at least four. All 19 cases are considered “presumptive” until the U.S. Centers for Disease Control confirms them.

Edwards also urged younger people who may not be at high risk to take precautions to avoid spreading the virus to elderly and sick people, saying “we owe it to our loved ones” to do everything possible to avoid infecting the state’s most vulnerable.

About 80% of those who contract the virus experience mild symptoms and don’t require hospitalization.

Coronavirus kitchen: What to stock, cook if you face 14-day quarantine

Another presumptive case of coronavirus confirmed in Louisiana, bringing total to 14, LDH says

But the elderly and sicker people are at risk of severe cases, Edwards noted. He urged people to wash their hands, stay home if sick and cover their cough. He told elderly and sick people to avoid travel and large gatherings.

“It’s going to be difficult and it’s going to take some time,” Edwards said of the response to the pandemic. “But it’s going to depend on what every person in our state does. Let’s play that role, let’s cooperate and get through this and I'm sure they will.”