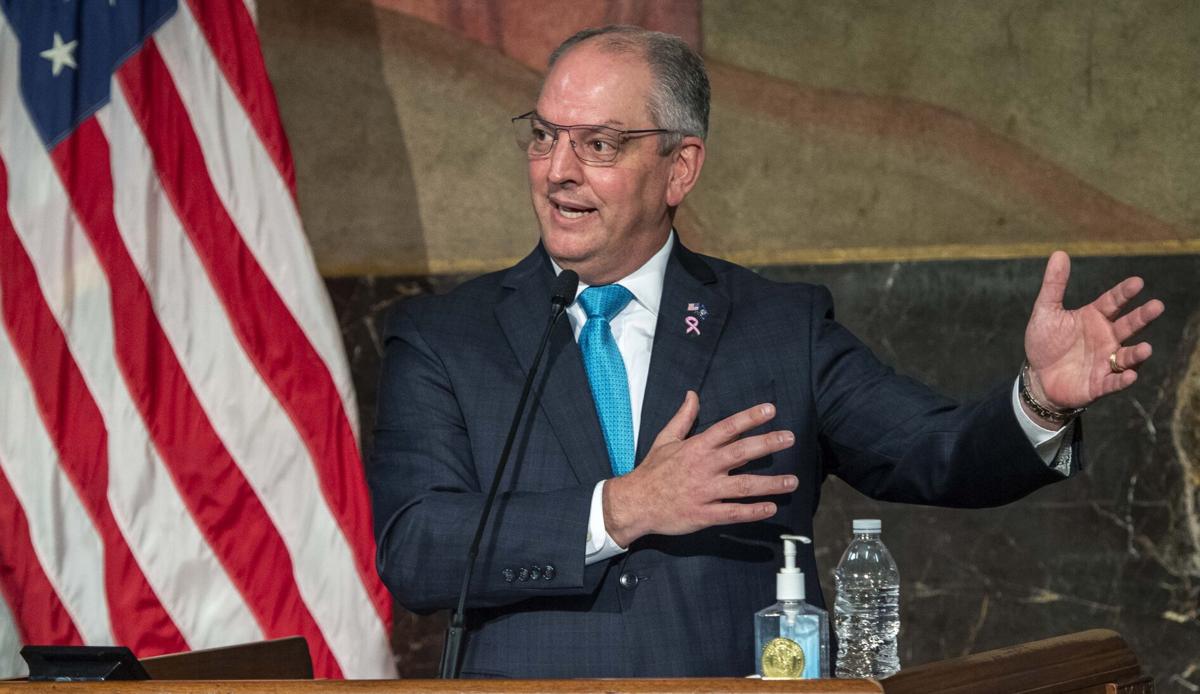 Gov. John Bel Edwards updates the status of the state in regard to Hurricane Delta recovery efforts and COVID-19 Thursday Oct. 22, 2020, in Baton Rouge, La. 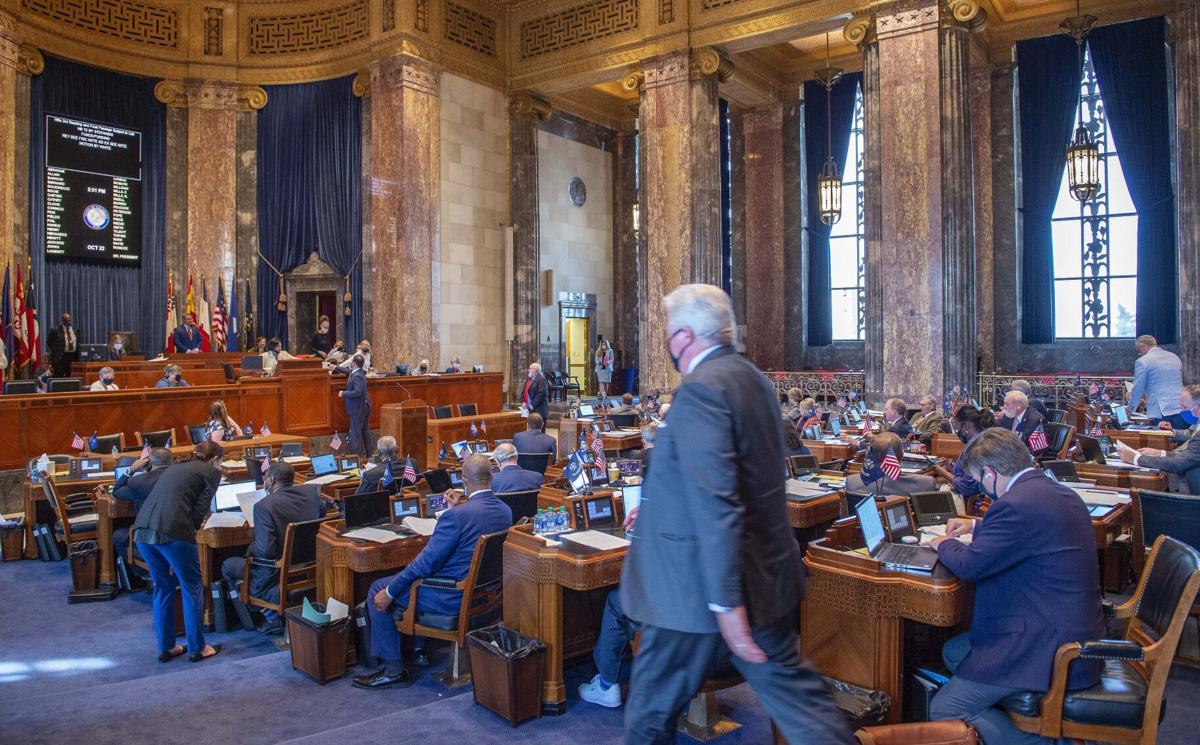 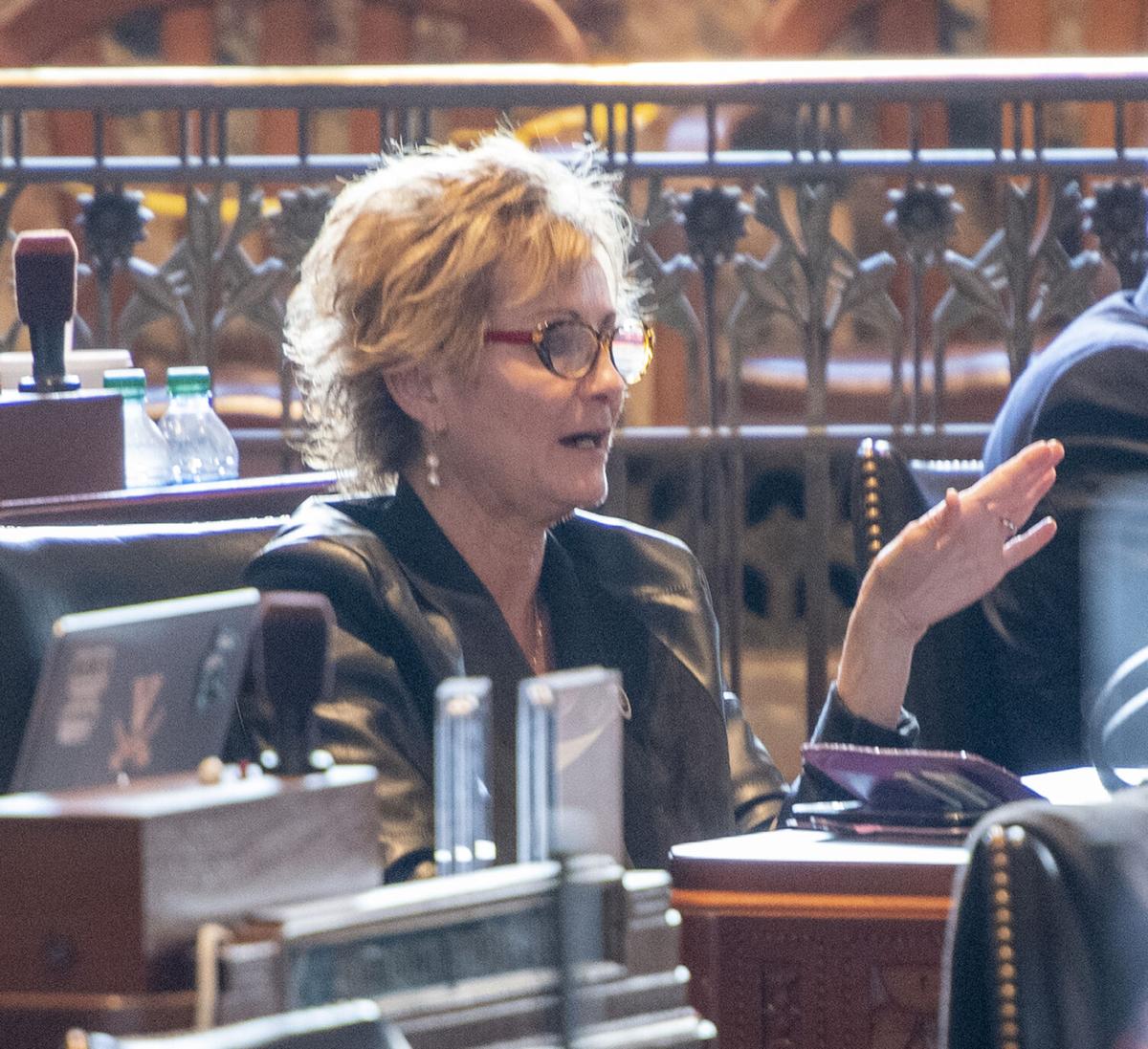 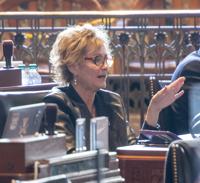 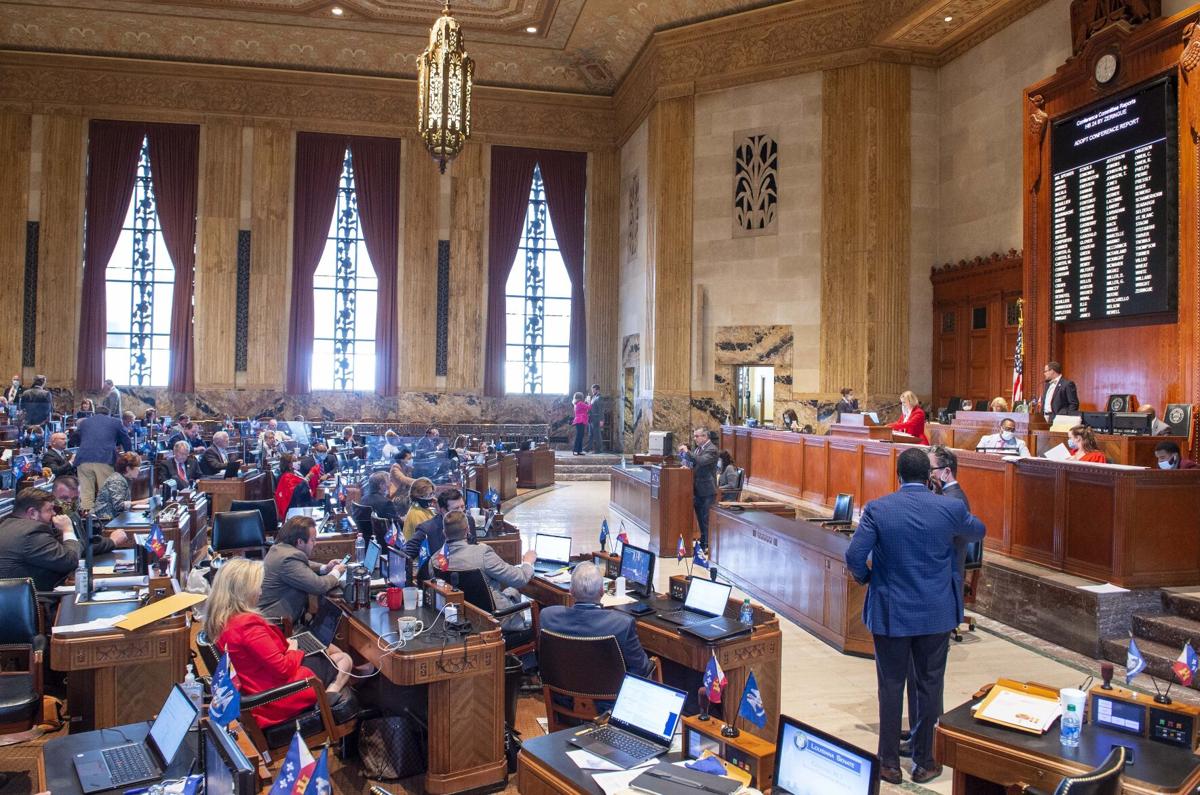 Gov. John Bel Edwards updates the status of the state in regard to Hurricane Delta recovery efforts and COVID-19 Thursday Oct. 22, 2020, in Baton Rouge, La.

As a legislative session aimed in part at curbing Gov. John Bel Edwards’ coronavirus rules winds down, the Democratic governor on Thursday said he was granting a request from Republican legislative leaders to allow some high schools to welcome more fans into the stadiums for football games and other outdoor events.

Edwards’ move lets parishes expand capacity at stadiums from 25% to 50%, if they meet the same threshold for coronavirus cases that decides when bars can reopen in certain areas. It takes effect Friday in 26 parishes, including East Baton Rouge, Orleans, Jefferson and Lafayette, though New Orleans Mayor LaToya Cantrell will continue to stick with 25% capacity for now.

The governor’s decision comes at the tail end of a month-long special legislative session called by Republican lawmakers who are upset with his coronavirus restrictions. They have spent much of the session, which began Sept. 28, complaining specifically about the rules capping attendance at high school football games at 25%.

A day before the governor’s decision, lawmakers narrowly passed a bill to curb some of his power to issue emergency rules and give the Legislature more say over things like coronavirus rules. Republicans in the State Capitol widely believe the bill, by Rep. Mark Wright, R-Covington, will be met with a veto from the governor, who has said publicly he won’t acquiesce to any reduction in his power to issue executive orders during emergencies. The governor said this week he hasn’t made a decision on the bill.

Edwards said Thursday the change to his executive order came at the request of Cortez and Schexnayder, but he doesn’t know if it will satisfy the Republican-dominated Legislature as a whole.

“There have been other adjustments I have made at their request, when I can do it and feel comfortable it’s a safe thing to do,” Edwards said. “We’re going to continue to work together as best I can.”

Starting Friday, parishes can allow the 50% capacity at high school sporting events if they see a percent positivity rate of COVID-19 cases of under 5% for two weeks. They will be required to ratchet restrictions back up to 25% again if that metric exceeds 10% for two weeks. That is the same threshold bars must meet to reopen, and is based on the number of COVID-19 tests that result in a positive case.

Edwards said 26 parishes meet that threshold as of this week, and will be allowed to have 50% capacity at outdoor sporting events starting Friday.

The data that decides whether parishes can allow more fans at stadiums is posted by the Louisiana Department of Health on its dashboard weekly.

Parishes don't have to allow more fans at stadiums, as local leaders are allowed to institute more restrictive rules than the governor's.

For instance, Orleans Parish will continue to move at its own pace, a spokesman for Mayor LaToya Cantrell said.

"Until now, the stadium capacity limits in Orleans Parish have been capped at 25% or 500 persons, whichever is fewer. Going forward, the City is working with athletics officials to expand capacity in an incremental, gradual way, aligned with our Phase 3 guidelines," spokesman Beau Tidwell said in a statement.

If Edwards vetoes House Bill 4 by Wright to curb his emergency powers, it will leave Republican lawmakers without many options to roll back the state’s coronavirus restrictions – which are backed by the White House, state Health Department officials and several top public health experts in Louisiana.

The governor won’t be required to veto the measure until after lawmakers are required to adjourn Tuesday, and Republicans don’t have the votes in the House to override the veto. Some of the conservative House members have pushed a petition to temporarily end all virus restrictions, but it has thus far failed to gain enough traction and Cortez has said it is likely unconstitutional.

As rumors of the Legislature ending early flew in the State Capitol Thursday, Edwards said he believed lawmakers should wrap up their work and go home.

“The truth is they don’t seem to be getting a whole lot done right now,” Edwards said. “At this point they obviously issued a call where they can go through Tuesday. I would hope they don’t do that but that will be their prerogative if they do. From my perspective that doesn’t seem to be a wise investment of their time or the public’s money.”

Republican legislative leaders have pointed out they passed legislation that prevents jobless workers from seeing their benefits cut, and keeps businesses from facing additional taxes, starting in January. And they passed some legislation aimed at Hurricane Laura and Delta recovery.

Eddie Bonine, the director of the Louisiana High School Athletic Association, said the decision to expand capacity at games to 50% is a decision that will be made by local governments and local schools if they qualify, not the LHSAA. He called the decision “great for schools, great for the fans.”

“The schools have done a good job adhering to the 25 percent rule and I’m glad they are getting the opportunity to let more parents, grandparents, relatives, fans and student body support groups come into their stadiums. It’s a very positive move,” he said.

Louisiana has seen better COVID trends than other states in the South in recent weeks, according to a White House Coronavirus Task Force report sent to Louisiana this week, even after Edwards put the state into Phase 3 last month, expanding capacity at most businesses and allowing some bars to reopen.

Still, Dr. Joe Kanter, the state’s top coronavirus response official at the Louisiana Department of Health, said Thursday hospitalizations have ticked up in recent days, though they dropped Thursday. And certain areas are starting to see what he believes may be upward trends in cases.

He implored people to continue to wear masks, practice distancing and do things outdoors if possible. That’s especially true as the state enters flu season with several holidays where people will likely gather with family and friends.

“We are one of the states that are not experiencing a marked increase…(but) we see some signs that we might be experiencing an increase,” Kanter said. “If we don’t keep those core principles in mind we’re going to end up right where those other states are.”

In a communication sent to schools, executive director Eddie Bonine said the LHSAA’s Prep Classic dates remain the same, but that a site chang…