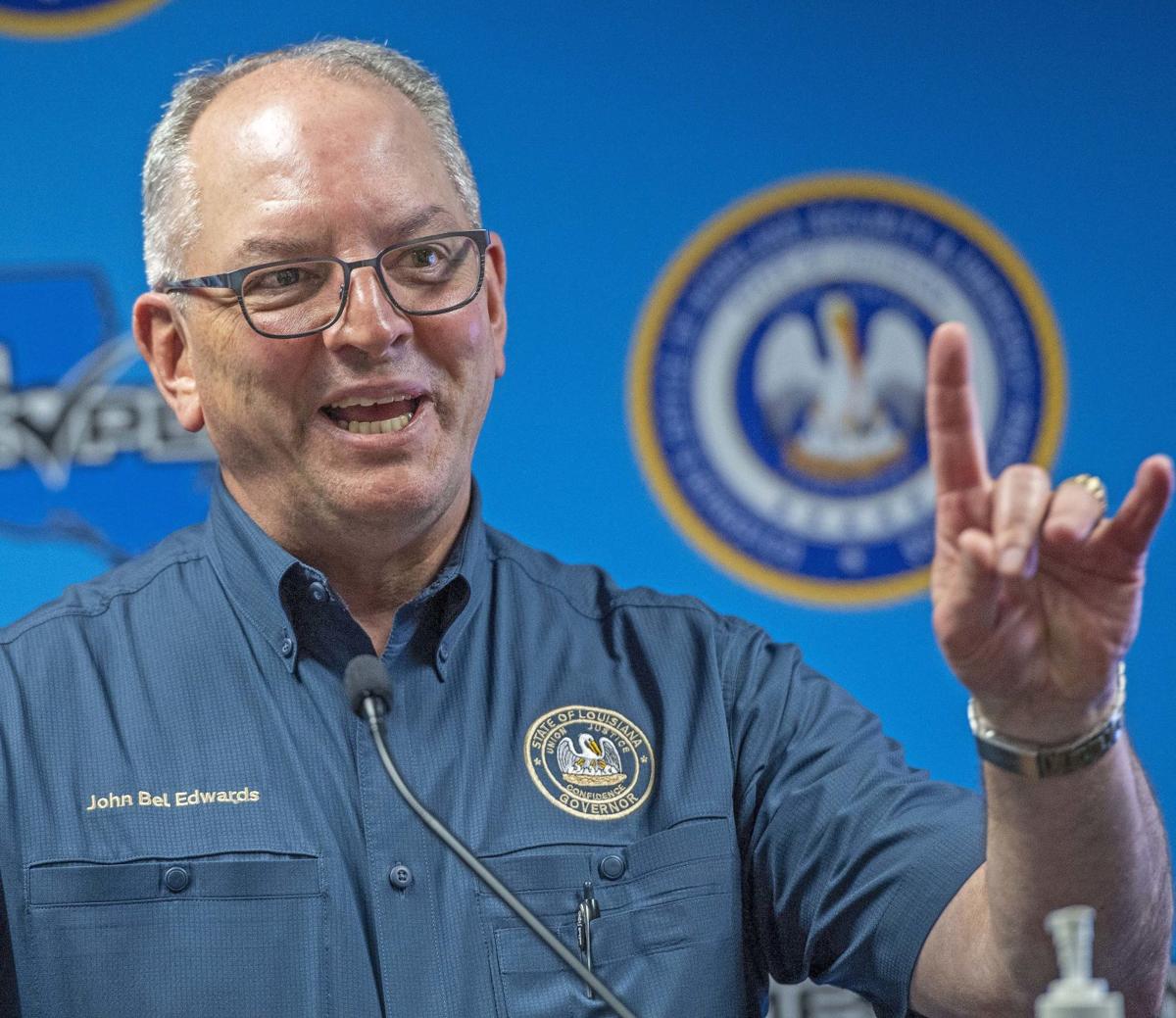 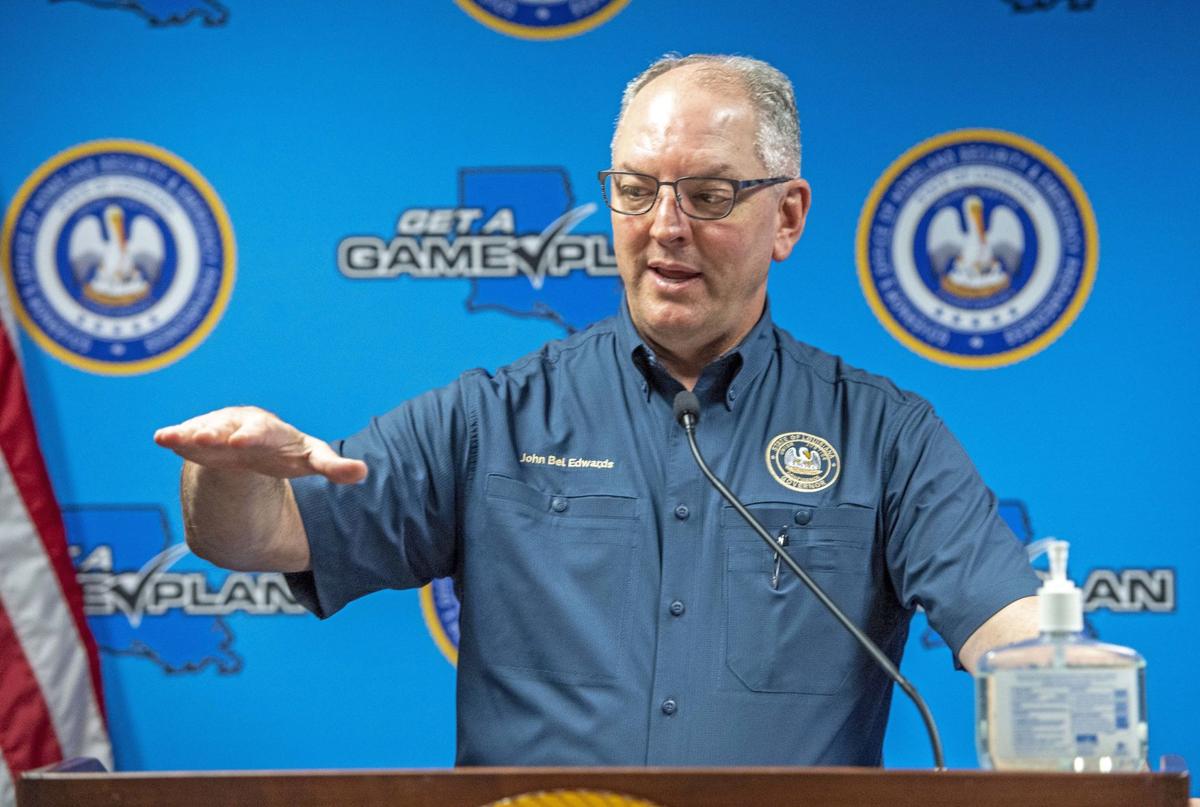 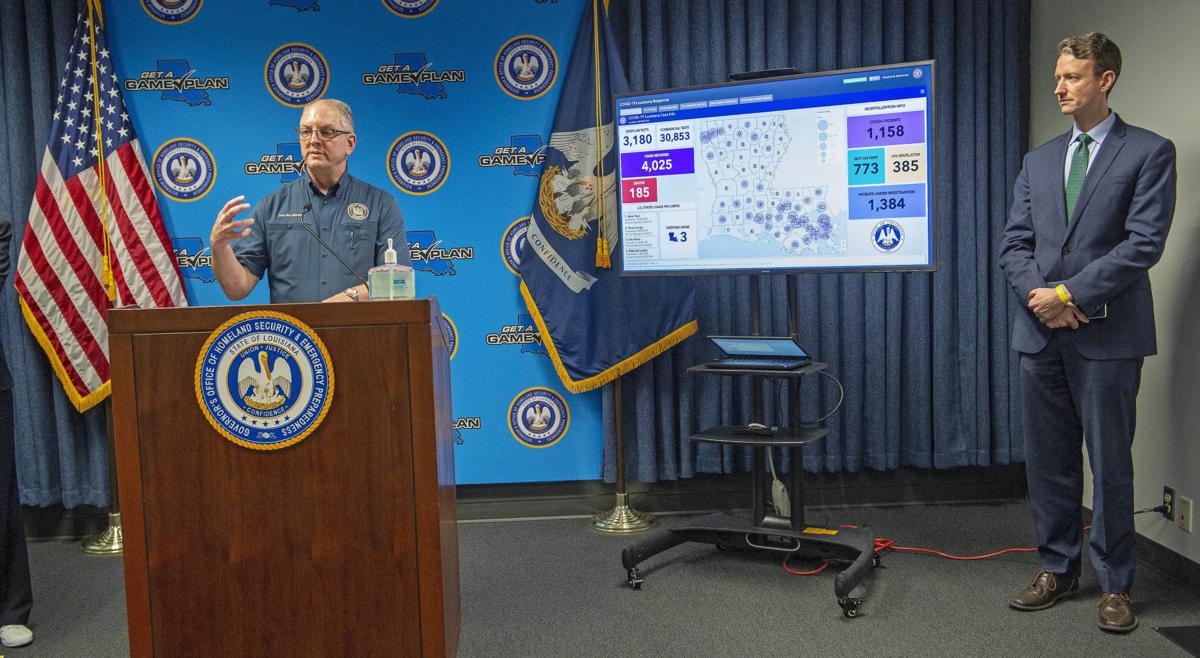 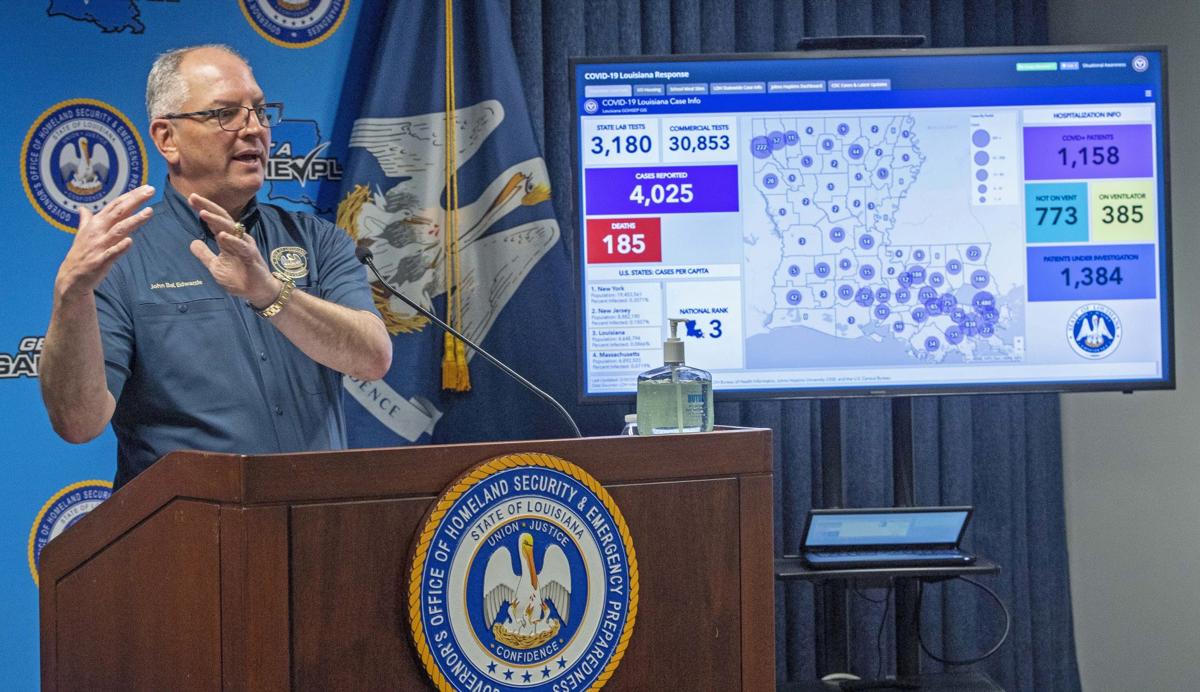 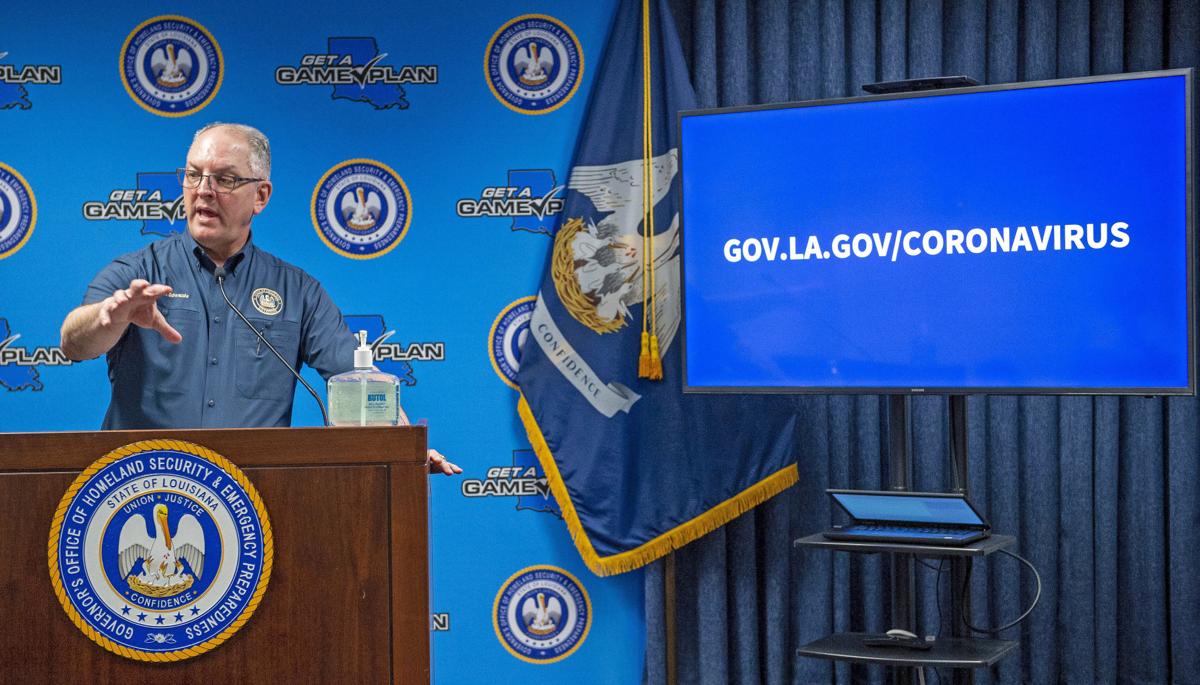 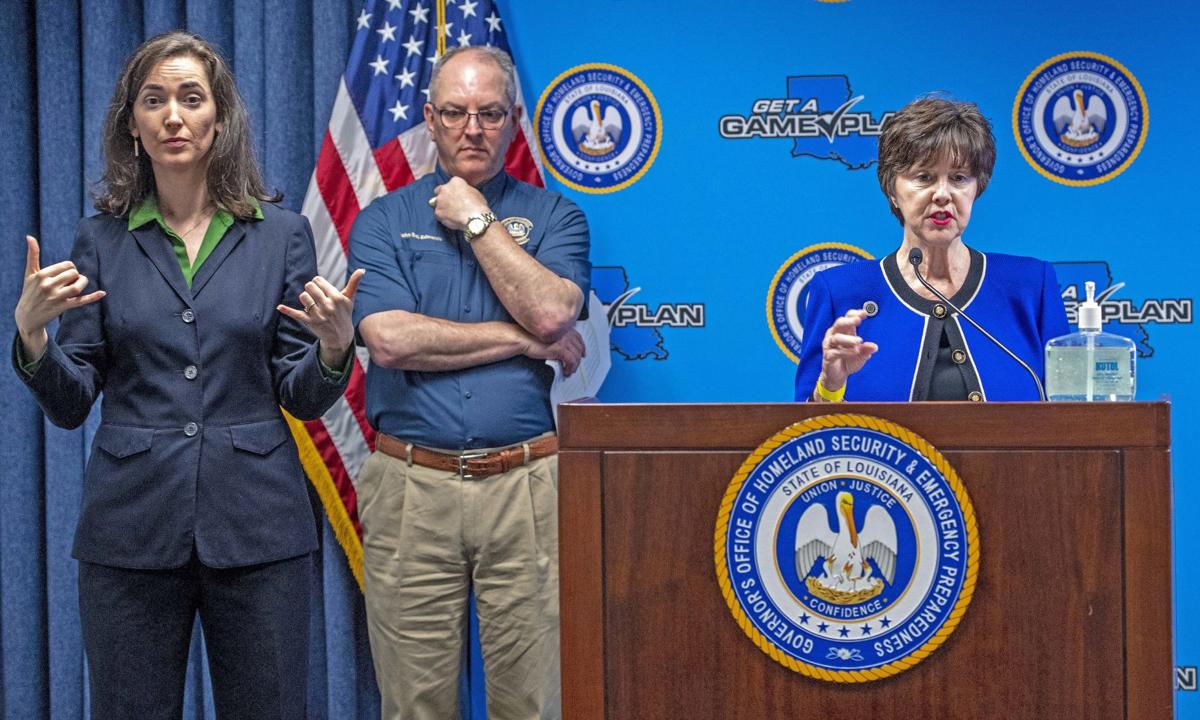 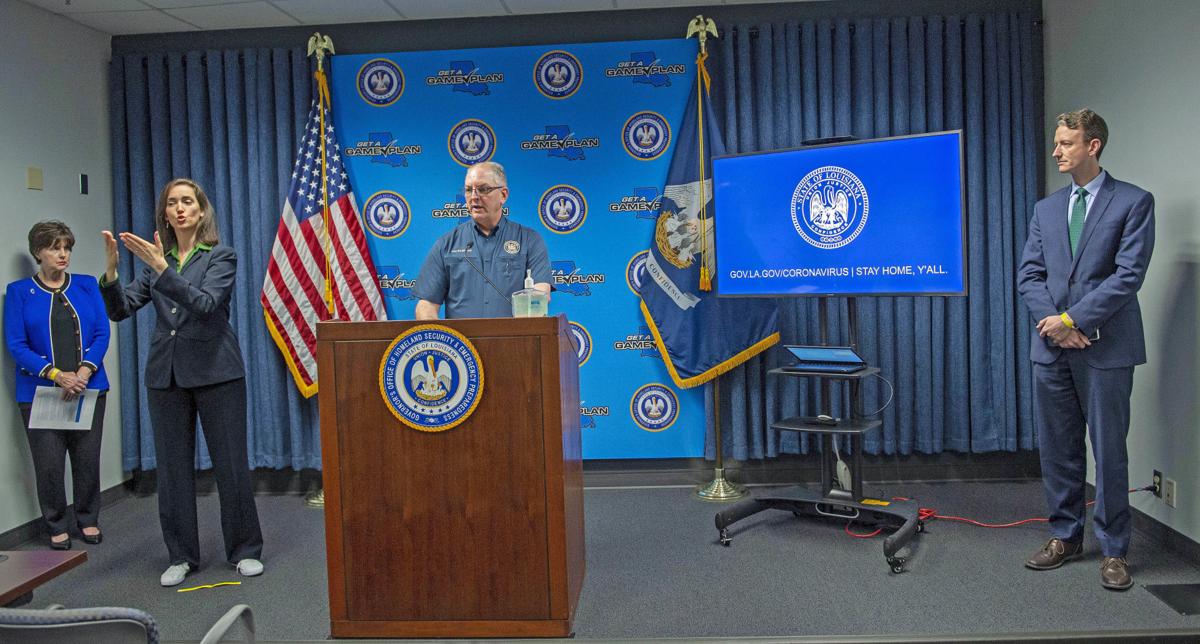 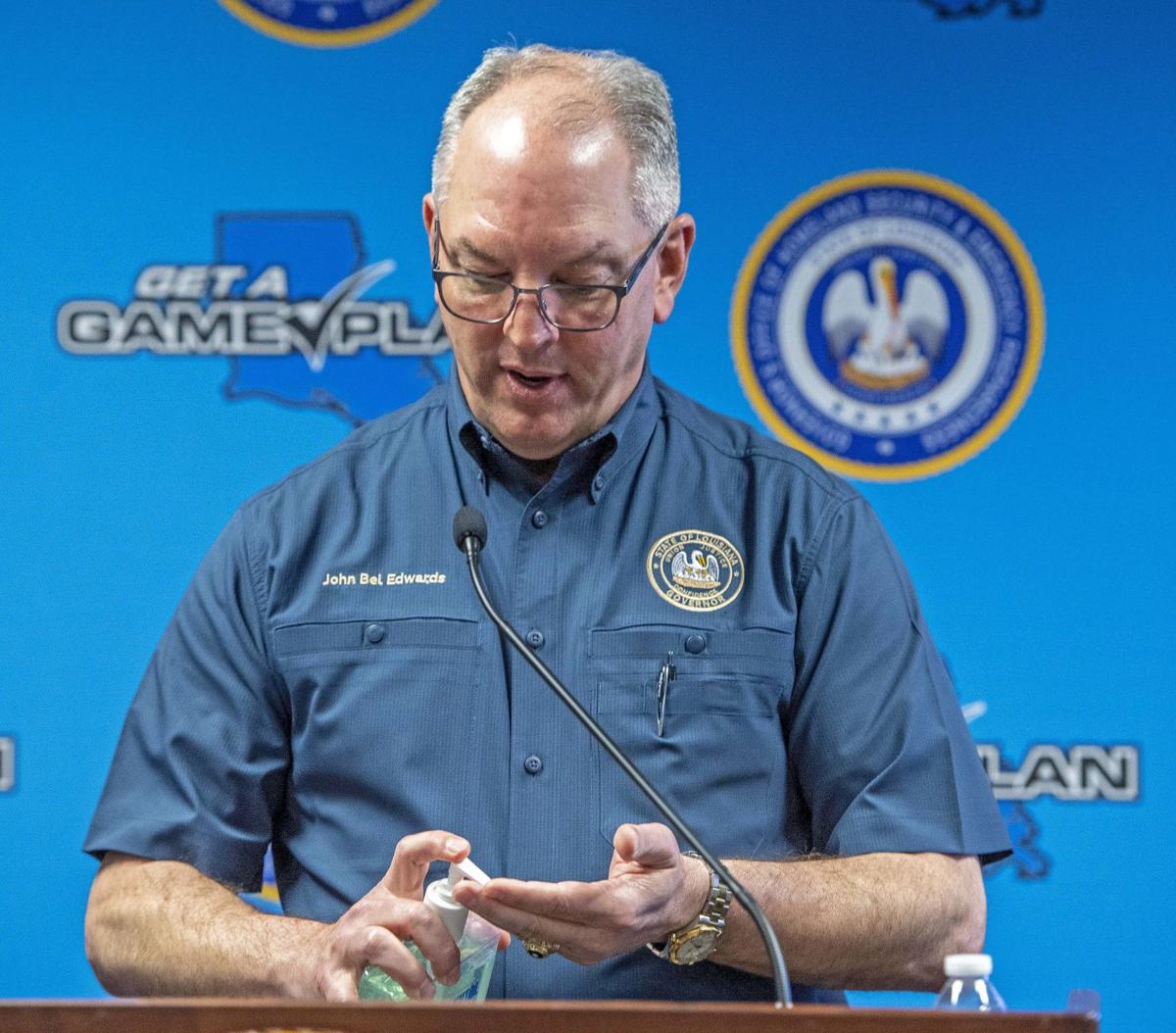 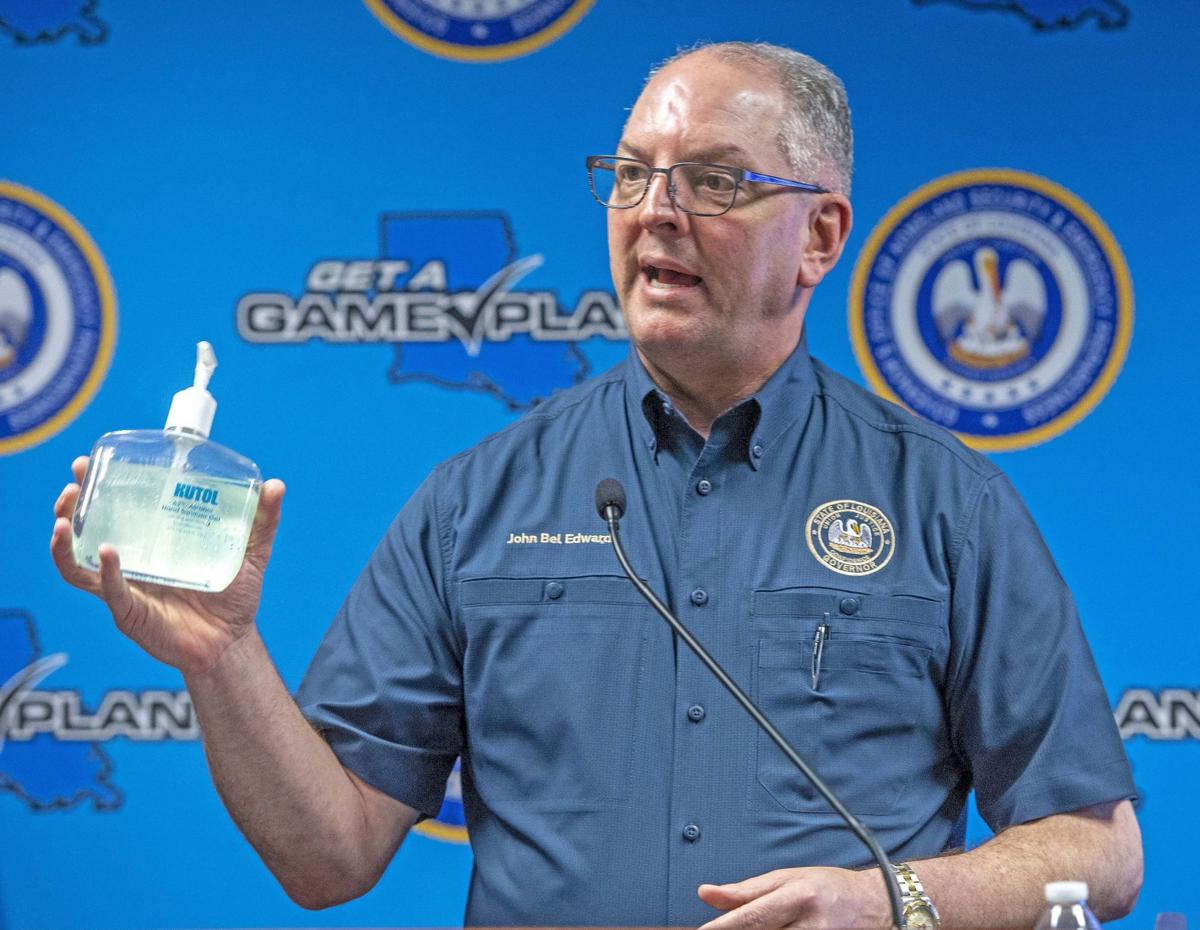 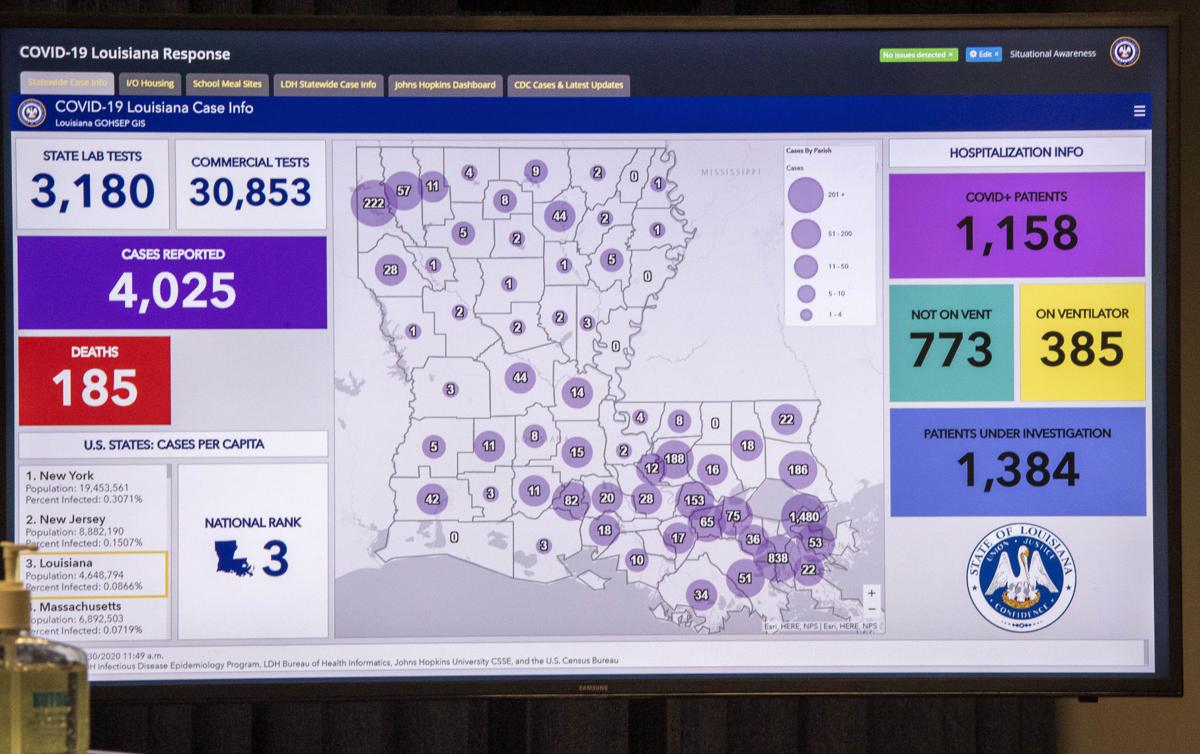 Life in Louisiana will not begin to return to normal for at least another month, as Gov. John Bel Edwards said he is extending the state’s stay-at-home order involving harsh restrictions to limit face-to-face contact until at least April 30, in line with similar guidance from the White House.

A broad array of restrictions on businesses, schools and daily life, implemented over the past several weeks, were all set to expire April 13th. Edwards said during a press conference Monday he will extend them until at least two weeks beyond that, and the governor has repeatedly hinted they could be in place well into May unless the state makes headway “flattening the curve,” or slowing the spread of coronavirus to avoid overwhelming health systems.

His decision comes a day after President Donald Trump extended guidelines for social distancing through the end of April, after initially recommending a 15-day period of restrictions and indicating he wanted to loosen them to open businesses back up.

“This is obviously very helpful for states like ours because it sends a clear message that we are nowhere near over the hump,” Edwards said. “That we still have an awful lot of work to do to flatten the curve. And I think it creates a realistic expectation in the public about the time horizon that we are on and so forth.”

Based on new federal guidelines from the Cybersecurity and Infrastructure Security Agency, Edwards said he may tweak his order to change which businesses and workers are deemed “essential,” and therefore allowed to remain open or go to work.

But the bulk of the restrictions – closures of K-12 schools, bars, casinos, gyms and limitations of restaurants to drive-through, delivery and take-out, among other things – are expected to be extended through at least April. Edwards has previously said the state could ultimately keep restrictions in place for a month after April 13th.

The move, while not unexpected, is the latest indication Louisiana is far from having the new coronavirus under control, with officials working furiously to surge the state’s medical capacity while imploring residents to more closely adhere to the state’s restrictions.

President Donald Trump is extending the voluntary national shutdown for a month as sickness and death from the coronavirus pandemic rise in the U.S.

As of Monday, the state had confirmed 4,025 cases of the coronavirus and 185 deaths. The number of people hospitalized, 1,158 and those on ventilators, 385, stayed relatively steady from the day before, and the governor noted a “slight positive trend” in the figures.

Louisiana has struggled to land new ventilators, equipment for which just about every other state in the country is also clamoring. On Monday, Trump pledged 150 ventilators from a federal stockpile, and the state landed 100 more from vendors, on top of 192 already acquired by Edwards’ administration, spokeswoman Christina Stephens said. Still, the state projects needing around 1,000 new vents for the New Orleans region and has ordered 14,000 total.

New Orleans Mayor LaToya Cantrell, who has issued some of her own restrictions to stem the tide of cases in a city that has become a national hotbed for the virus, urged residents to continue to take the stay-at-home mandate seriously.

Steve Scalise to answer your stimulus questions in live event with The Times-Picayune, The Advocate

What will the $2 trillion coronavirus stimulus law mean for Louisiana?

“The spread is real,” Cantrell said, noting for every 100 new cases the city sees five deaths from the virus. “What we can see from the two weeks of social distancing, it is working. But we have to continue to stay home.”

As they continue to hammer on the need for residents to stay home when possible, state and local officials are also racing to build up medical capacity in the New Orleans region. The most pronounced component of that effort is the building of a 1,000-bed temporary hospital in the Ernest N. Morial Convention Center, which comprises a significant chunk of the $247 million the state has spent responding to the crisis so far. The state is spending close to $90 million on the convention center deal, including two contracts totaling $72 million to staff and build the modular pods in the facility, said Commissioner of Administration Jay Dardenne.

Meanwhile, workers and businesses are weathering an imposing economic downturn. Unemployment claims have skyrocketed to levels never seen before. Food stamp applications are through the roof. The first wave of a $2 trillion federal stimulus package will begin flowing to states, businesses and residents in the coming weeks.

Marketa Walters, head of Louisiana’s Department of Children and Family Services, said Monday thousands of Louisiana households who receive food stamp benefits will see a boost on their Supplemental Nutrition Assistance Program (SNAP) cards, after the state got a federal waiver allowing it to boost every recipient to the maximum amount allowed.

For parents paying child support, coronavirus pandemic may disrupt but not suspend obligation

For those parents required by law to pay child support, the coronavirus pandemic may disrupt  — but likely won’t suspend — their financial obl…

The move will bring an extra $43 million per month in federal food assistance to about 265,000 Louisiana households, according to DCFS. The maximum monthly food stamp benefits range from $194 a month for a single person to $646 a month for a family of four, with increasing benefits for larger households. Work requirements for the program are also suspended.

As medical workers continue to face shortages in personal protective equipment like masks and gowns, requiring them to reuse old gear and stoking fears they’re spreading the virus, Edwards said the race to find more gear is looking more promising. A federal effort to ship more gear into the U.S. and pass it to vendors and states should get more equipment to Louisiana, Edwards said.

“It is our expectation that over the next several days, a week or so, that (protective equipment) supplies will begin coming in a little bit more robustly,” Edwards said.

University of Louisiana System member universities may be issuing statements soon about student grade policies, withdrawal dates and more for …