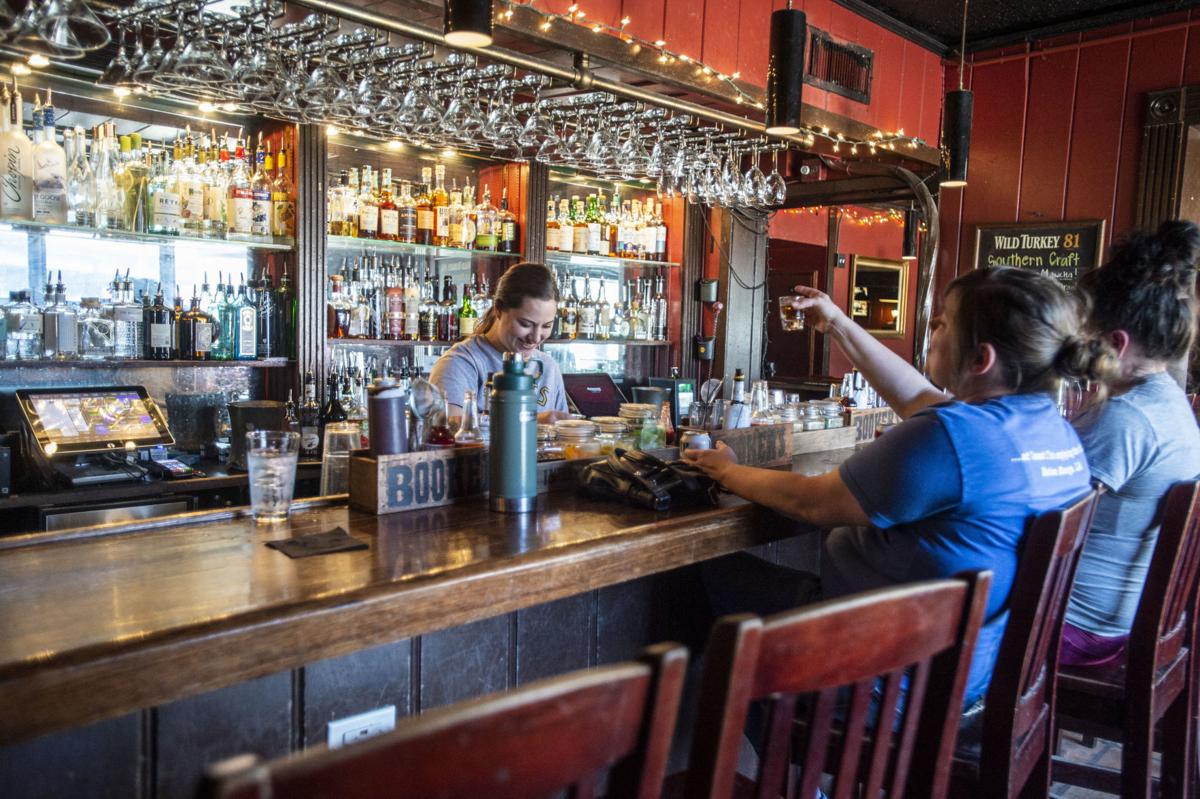 Caitlin Neal, a bartender at Duvic's pours a couple of drinks and talks with a coworker about the governor's announcement banning gathering s of more than 50 people. Louisiana is closing bars and limiting restaurants to take-out, delivery or drive-through service only as the state continues to ramp up restrictions to limit the rapid spread of the new coronavirus in the state. 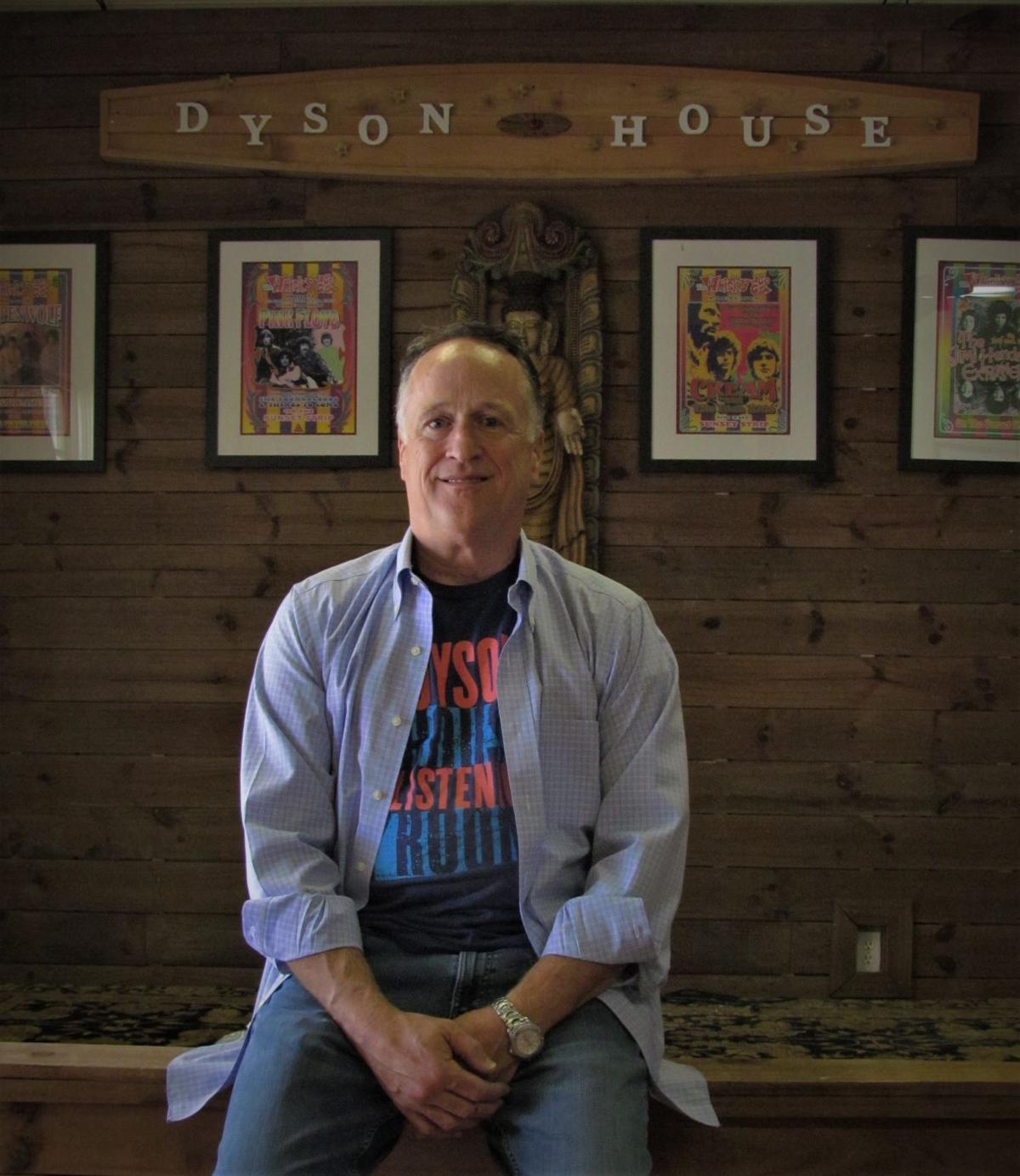 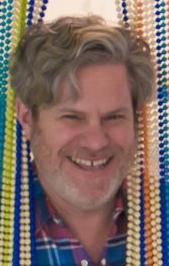 Caitlin Neal, a bartender at Duvic's pours a couple of drinks and talks with a coworker about the governor's announcement banning gathering s of more than 50 people. Louisiana is closing bars and limiting restaurants to take-out, delivery or drive-through service only as the state continues to ramp up restrictions to limit the rapid spread of the new coronavirus in the state.

Any hope that even small events could go forward was dashed Monday when Edwards banned gatherings of 50 people or more and ordered bars, restaurants, movie theaters and casinos to close.

Blues Festival and Live After Five officials postponed their events until further notice. Baton Rouge Blues Foundation executive director Kim Neustrom and board president Philip Smith Jr. said it’s too early to speculate about when the Blues Festival, originally set for April 18-19, can be rescheduled.

“This is a fluid situation that we’re in,” Smith said. “At this point, to look into the future would only be guessing.”

Neustrom said the Blues Foundation is "looking into all of the other things that are being rescheduled. Our goal is do this thoughtfully, versus claiming a date. We need to consider all of the options and continue to monitor what’s happening.”

The Ebb & Flow Festival, scheduled for April 4-5, is another casualty. Renee Chatelain, president and CEO of the Arts Council, cited the need to protect the health and well-being area residents, first and foremost.

In lieu of the full Ebb & Flow festival, Chatelain said in a statement, “look for components of the festival in pop-ups and other formats, like virtual tours, concerts and poetry readings.

"Creative Relief, our emergency response program, will continue to provide artists and arts organizations with resources, so that the cultural footprint of this region remains strong.”

Live After Five, the six-Friday outdoor concert series scheduled to run downtown from March 27 to May 8, has canceled its entire spring slate. On good weather days, the spring and fall music series typically draws 3,000 to 5,000 attendees.

“I know that artists are struggling now because performances are being canceled,” Tompkins said. “That’s their livelihood. We want to support them when it’s safe to do so.”

Postponed shows at the 325-seat Manship Theatre in the Shaw Center for the Arts include the April 9 concert by the classic British invasion band the Zombies. A concert by Colin Hay, former leader of the Australian pop band Men at Work, is rescheduled for May 6, 2021. Two post-April shows — country band Diamond Rio on May 28 and the pop-prog rock group Ambrosia on June 13 — remain on the Manship schedule.

“The immediate shows that were scheduled have been postponed,” said John Kaufman, the theater’s director of marketing and programming. “We are actively working with the agencies to find new dates in the fall.”

Burns at the Dyson House and the Red Dragon’s Chris Maxwell have volunteered to forward the price of already purchased tickets to the musicians whose shows have been canceled.

Meanwhile, some musicians have taken to webcasting as an alternative to in-person performances. Audiences can give donations to the musicians by way of a virtual tip jar online.

If you have questions about coronavirus, please email our newsroom at online@theadvocate.com.

Who's playing the Baton Rouge Blues Festival? Check out the full list

Thirty-eight artists packed into one bluesy weekend — it must be the 2020 Baton Rouge Blues Festival.