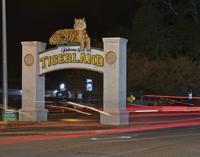 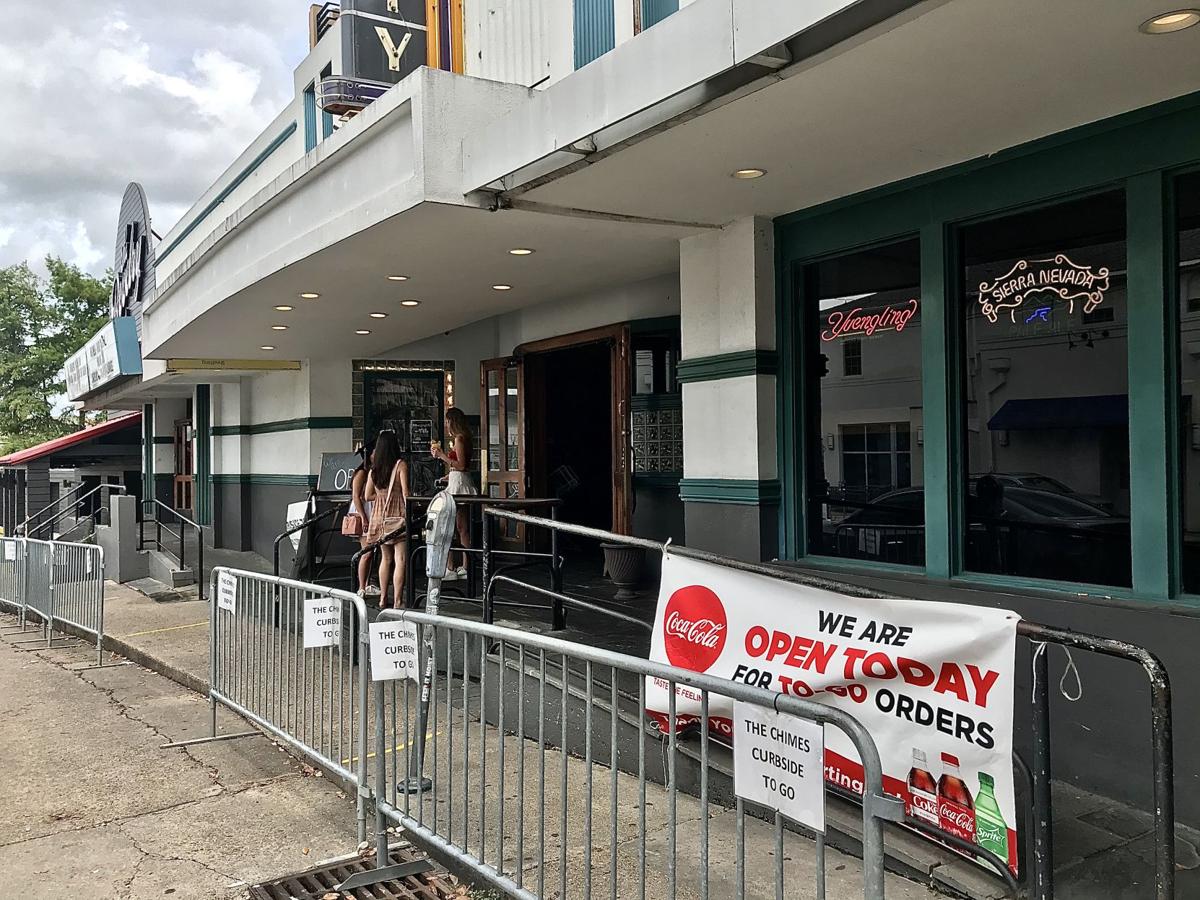 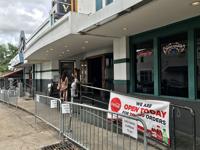 The Chimes attracted a small crowd of customers last month, and its curbside and takeout service was still booming. The bar and restauarant closed Friday until further notice, a statement said Friday, June 19, 2020, due to an influx of coronavirus cases in the LSU area.

The Chimes attracted a small crowd of customers last month, and its curbside and takeout service was still booming. The bar and restauarant closed Friday until further notice, a statement said Friday, June 19, 2020, due to an influx of coronavirus cases in the LSU area.

State health officials confirmed a novel coronavirus outbreak in bars in the Tigerland area near LSU, urging those who visited to self-quarantine. And several signature bars and restaurants near campus closed temporarily as workers tested positive, owners and managers said.

Complicating their decisions about whether to remain open for business: some employees were worried about working at the establishments and then returning home to their parents for the Father’s Day weekend, the owners said.

Late in the day Friday, the Louisiana Department of Health said it had confirmed a coronavirus outbreak tied to multiple Tigerland bars. It said it had received more than 100 reports of patrons and bar employees testing positive for COVID-19, the respiratory disease caused by the virus.

JL's Place and Reggie's in Tigerland closed after Monday night. A handful of employees had tested positive for the virus.

The Chimes on Highland Road at the north gates of LSU has also closed temporarily while officials at Fred’s, also in Tigerland, were weighing whether to reopen for the weekend after a few positive tests, bar officials said.

Darin Adams, who co-owns JL’s Place and Reggie’s, said they typically wouldn't reopen in a normal summer week until Thursday but instead now won't open for 10 days.

That's so the more than 20 employees can be tested for the virus and obtain results.

He said two employees who are roommates turned up positive and that led to the decision to have all workers tested. Not all employees could obtain a rapid test, however, so Adams wanted to give them enough time to get their results back.

"I wanted to make sure all of my employees have chance to get tested," he said.

"Anyone who visited Tigerland bars over the weekend should consider themselves exposed to COVID-19 and should self-quarantine for 14 days and monitor for symptoms," the Louisiana Department of Health said. "LDH is receiving increased reports of individuals testing positive for COVID-19 after visiting bars and private social gatherings. Gatherings where people are interacting without a mask and within 6 feet of one another present inherent risk of virus spread.

The temporarily closures at the popular college hangouts came less than two weeks after the state shifted into Phase II of eased social distancing restrictions that allowed bars to reopen for the first time since mid-March and granted restaurants greater customer capacity.

Sharon Weston Broome to answer your questions in our live town hall; submit yours here

A Louisiana Restaurant Association spokesman wasn’t able to offer comment Friday about whether other retrenchment has occurred in the food and beverage industry across the state.

But Gov. John Bel Edwards warned the public this week that the climbing case numbers are reason for concern in parts of Louisiana. The Ascension Parish Council also ended all public meetings Thursday until further notice after someone who attended in-person meetings earlier in the week tested positive.

While deaths from the COVID-19 illness remain among the lowest levels since the outbreak began, data show the Baton Rouge area may have seen some increase in cases from the lowest points during the outbreak, but case growth has in no way had the kind of sharp rise about which health officials have worried.

New case tallies have also been clouded by dumps of backlogged data from nearly two months ago and the discovery of duplicate test counts, both of which tended to skew counts upward.

Edwards is expected to make another announcement on Monday about the status of the state’s coronavirus restrictions.

Susan Hassig, a Tulane University epidemiologist, said she was really concerned when bars were allowed to reopen.

They are places where people go to meet others and be seen, she said, and don’t offer a high probability that patrons will employ social distancing measures, especially with physically uncomfortable and socially counterintuitive measures like face coverings.

At the same time, bars tend to be smaller spaces where people can stay for extended periods, talking, shouting and even singing and sending tiny droplets that could contain the virus circulating into the air, she said.

“It’s a really, really challenging environment,” Hassig said in an interview before the state announced the Tigerland outbreak.

She noted that an outbreak in Seoul, South Korea, led to bars being closed again in early May after they had been reopened days earlier. Researchers were able to document that after one infected person barhopped one night among three bars in Seoul’s nightclub district, as many as 40 people turned up infected, the New York Times reported.

Adams said his businesses, JL’s Place and Reggie’s, had just reopened on June 5 after the state went into the second phase of eased social distancing measures and followed all the state’s safety protocols and more.

Other bar managers contacted for this story offered a similar account, saying their measures included some combination of having hand sanitizer and masks available for patrons, having employees wear masks, and spacing out customers at tables.

None had required patrons to wear masks, however. The state doesn’t either.

Testing has shown that five employees have tested positive at Reggie's and four at JL's with about 10 negative tests so far among both bars, Adams said.

Several of the employees who tested positive were apartment roommates. All were asked to enter quarantine for 14 days.

He, like other bar managers, said the employees, mostly college-age students in their 20s, were either asymptomatic or had minimal symptoms and didn't know they were ill before being tested. The managers added the bars were undergoing an intensive cleaning.

The general manager of Fred's in Tigerland said he was still trying to decide if that bar would reopen for the weekend after it temporarily closed earlier in the week.

Jason Nay, the manager, said the approximately 20 employees at bar have been getting tested. Three have turned up positive, while 14 to 15 are negative.

But Nay wasn't sure if he could get enough employees to staff the bar over weekend because some were concerned about working and then going back home to their parents and other older family members.

The Chimes announced on Friday that it would close its original location along Highland Road at the North Gates of LSU until further notice.

A statement on Facebook said that the bar and restaurant would be "temporarily closed as a precautionary measure related to the influx of Covid 19 cases in the LSU area."

"We will return to normal business hours as soon as possible," the statement added.

The statement offered no specifics about how the influx of cases had affected the bar and restaurant itself.

A worker answering the telephone at The Chimes declined to comment and provided a contact email. Emails sent to two bar officials were not immediately answered Friday.

LSU football players test positive for coronavirus, and 30 are reportedly in quarantine

Multiple LSU football players have tested positive for coronavirus and are now in self-quarantine, multiple sources told The Advocate.