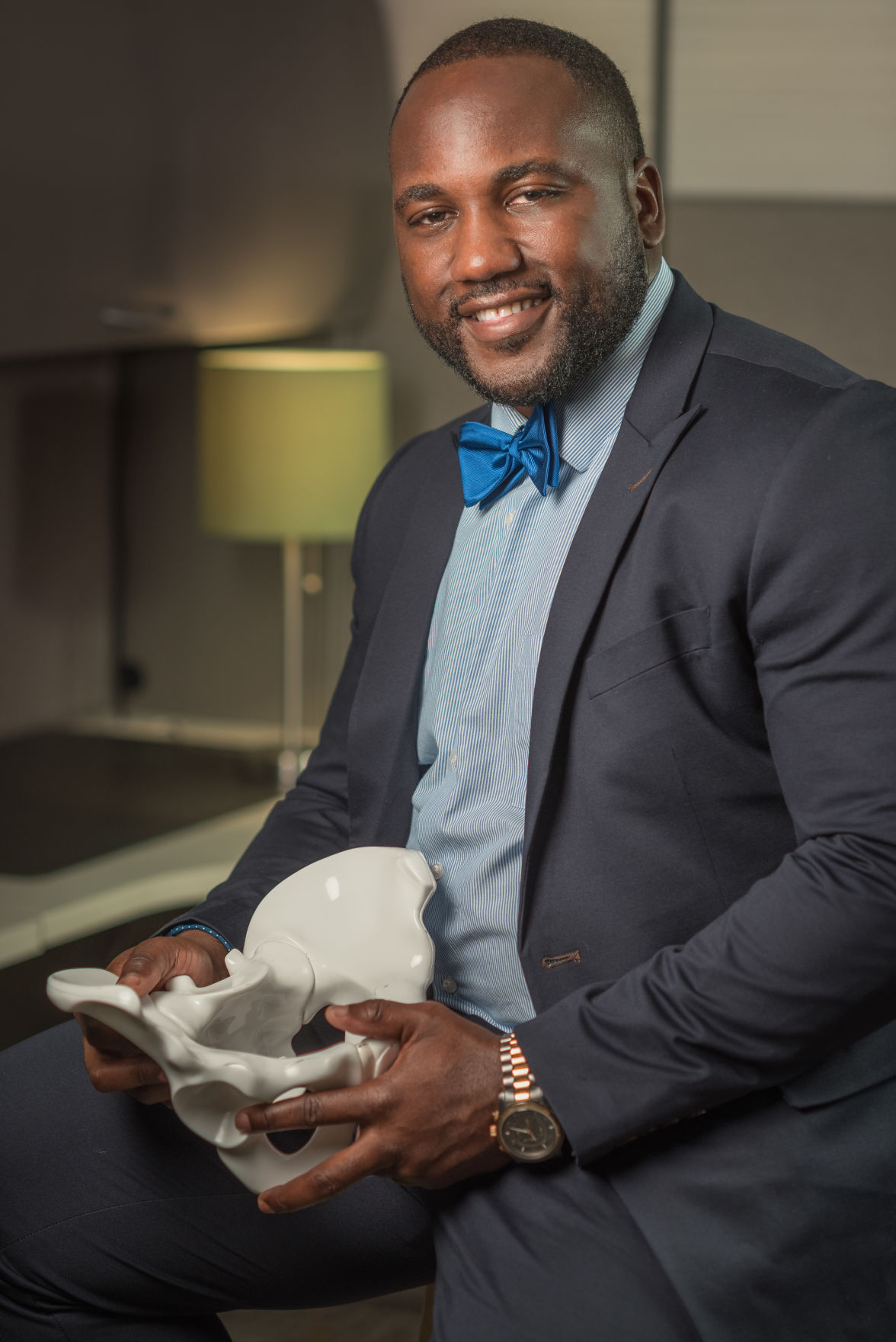 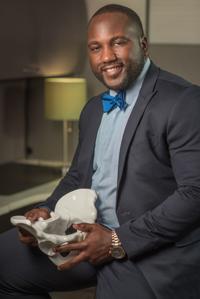 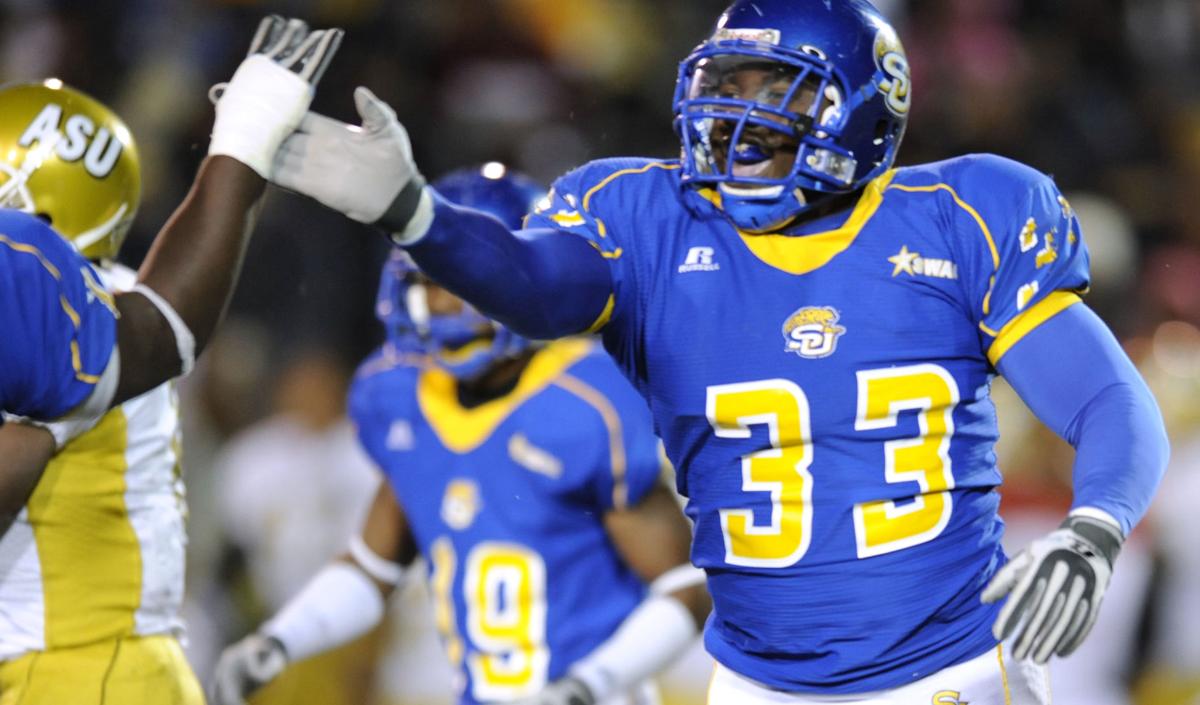 Advocate Staff Photo by LIZ CONDO. Photo shot on 11/15/08. Trax no. 00014742A / Southern linebacker Vince Lands (33) celebrates after tackling Alabama St. running back Rahmod Traylor (6) for a loss of yards in the Gulf Coast Classic at Ladd-Peebles Stadium in Mobile, Ala Saturday November 15, 2008. 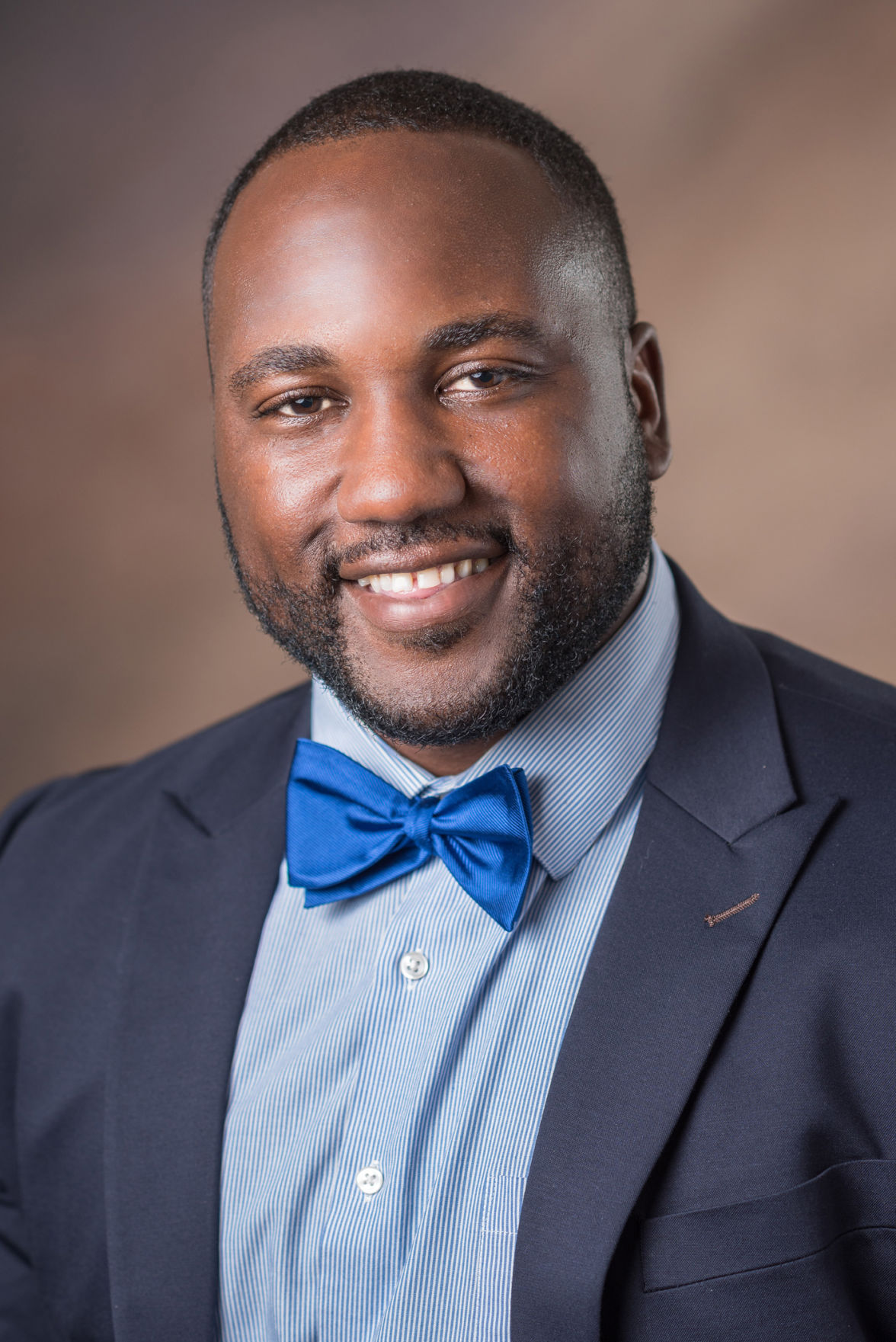 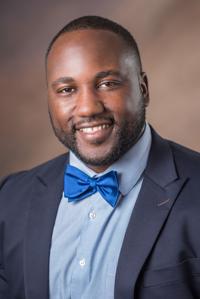 Vince Lands, M.D., is an orthopaedic surgeon who is fellowship-trained in orthopedic trauma through Cooper University Hospital in Camden, New Jersey. As a traumatologist, he specializes in complex trauma care and joint replacement surgeries. 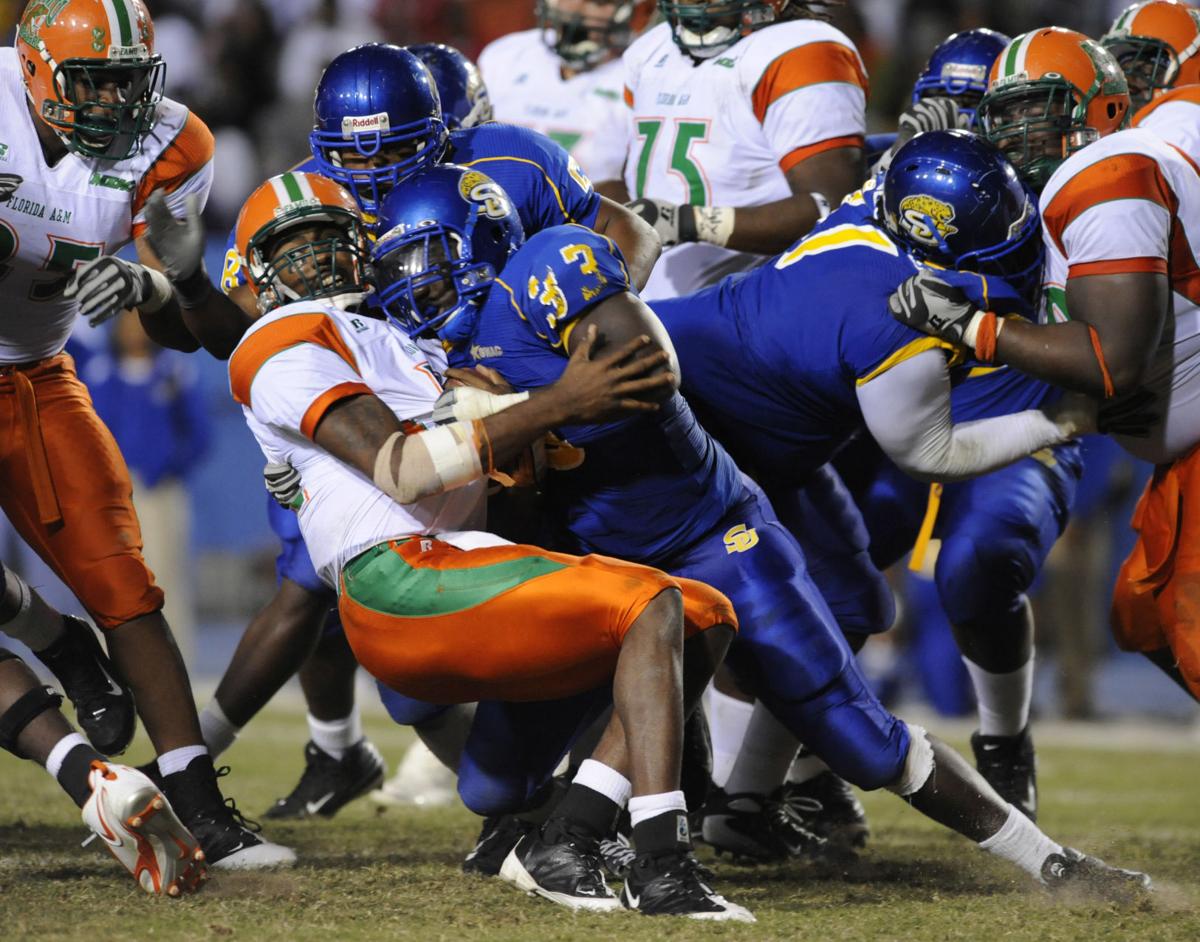 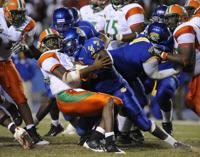 Advocate Staff Photo by LIZ CONDO. Photo shot on 11/15/08. Trax no. 00014742A / Southern linebacker Vince Lands (33) celebrates after tackling Alabama St. running back Rahmod Traylor (6) for a loss of yards in the Gulf Coast Classic at Ladd-Peebles Stadium in Mobile, Ala Saturday November 15, 2008.

Vince Lands, M.D., is an orthopaedic surgeon who is fellowship-trained in orthopedic trauma through Cooper University Hospital in Camden, New Jersey. As a traumatologist, he specializes in complex trauma care and joint replacement surgeries.

It has been 16 years since Vernon Langley and Greg Thompson coached Dr. Vince Lands at Glen Oaks High. Yet the stories they share with their Broadmoor High students paint a vivid and indelible image.

“This year I had a student who wanted to talk to a doctor about going to medical school,” Langley explains. “I gave him the name of another doctor I know, but he said ‘No, after everything you’ve told us, I want to talk to Vince.’”

Both teacher/coaches helped shape a story that is rags to riches and “Rudy” rolled into one. At age 33, Lands, who starred as a defensive end at both GOHS and Southern University, adds the professional touch of an orthopedic trauma surgeon since returning to Louisiana nine months ago.

Casting Lands as a modern superhero is easy. He went from a 120-pound ninth-grader to a two-sport standout in high school. After accepting a biology scholarship, Lands went from walk-on to All-SWAC performer at Southern.

Lands now is a guy who is super-excited to be working in nearby Hammond North Oaks Orthopaedic Specialty Center, while remaining cognizant in a COVID-19 world also shaken by social unrest following the Minneapolis death of George Floyd in police custody.

“I’ve been above the Mason-Dixon Line and now I’m back below it,” Lands said. “I have family here and I think since I moved back, I've definitely got a better work-life balance. There are challenges, which is part of life. I love being home.”

“Vince Lands is the American Dream,” Knatt said. “There are a lot of Vince Landses out there. Not all of them have the vision, the focus and patience to reach the goals he has. It’s an American Dream, but he worked every step of the way to get it.”

Before the 2000 season, Langley was told by then-GOHS coach Mike Ortego that he probably would not coach a better defensive line in his career. Langley agrees that statement is true.

The Panthers’ four starters all played Division I football. All were 250 pounds or bigger. But Lands, at 120 pounds, had his attention. Lands bristled at the notion of changing positions and ultimately decided to play in the band as a freshman. But Langley stuck by him.

“Vince always played defensive end in youth football and he was determined that was where he was going to play,” Langley said. “It didn’t matter about those other guys. He came back more determined the next year.”

Lands was physically bigger, but he needed that steely resolve as a sophomore. He was Langley’s “Rudy,” as in Rudy Ruettiger, the Notre Dame walk-on who inspired a movie. Lands didn’t play in a varsity game until the playoffs.

“We needed a sub to go in on third down and I said, ‘Vince get in there,’ and on the first play, he got a sack,” Langley said. “The next time the defense went on the field, Vince was still standing on the sideline. I yelled ‘Vince get in there.’ The rest was history.”

Lands grew to be 6-foot-1, 250 pounds. Predictably, he started out throwing the shot put for Thompson, a head track/assistant football coach. As GOHS soared to prominence in 2004, Lands was determined to run the 400 meters. He was part of GOHS’ 4x400-meter relay team that placed in the top five nationally indoors.

“If there was something Vince wanted to accomplish, he worked until he did it,” Thompson said. “I’ve never coached another athlete like him. He was determined to show me he could run the 400. He showed everybody.”

Lands helped anchor the GOHS defense as a junior and senior. When the Friday night lights went out each week, he was feeding his other passion, thanks to the school’s medical magnet program.

“I was able to get certified as a nurse’s assistant and I started working at a nursing home when I was 16,” Lands explained. “I would work every weekend near the school. So right after we came back from football games, I would take a shower, change into scrubs and work an overnight shift.”

Lands was often the first to show up for Saturday workouts and film sessions. He maintained a 4.0 GPA, too, according to Thompson.

After graduation, Lands planned to play for Florida A&M. He never got to Tallahassee, instead turning the car around and heading back to Baton Rouge, thinking of his grandmother, who was ill.

The cycle began again. He attended SU on an academic scholarship. He was supposed to be too small to play end for coach Pete Richardson’s team, but Lands persevered and became an All-SWAC player and a team captain.

An injury led to Knatt performing a knee scope surgery on Lands that changed his life. Lands peppered Knatt and the Jaguars’ other physician at the time, Dr. Darryl Peterson, with questions after that. Both became mentors. Peterson bought Lands the suit he wore to his medical school interview.

“He (Knatt) showed me all the pictures and everything that had to do with the surgery,” Lands said. “I thought it was awesome and at that point, I knew what I wanted to do. I was hooked.”

Stories and a road less traveled

Playing as a fifth-year senior gave Lands the chance to earn a master’s degree in toxicology. It also prepared him for Meharry Medical School, the Nashville school Knatt attended, in 2009.

Lands fueled both his passions for a brief time in Bethlehem. He played for the Lehigh Valley Steelhawks of the Arena2 league as a first-year resident. And yes, he saw his passions collide.

“I dislocated the shoulder of one of my teammates and then I did the surgery on it,” Lands recalled.

By 2019, Lands’ desire to return home turned to action. As he began work in a new practice, Lands renewed relationships. A call from Thompson led to Lands working the sidelines of the East Baton Rouge Jamboree at Broadmoor. He saw his former coaches and saw Glen Oaks play.

“It is no secret what Vince is about now,” Langley adds. “He wants to give back and help wherever he can.”

Of COVID and conflict

Like most of us, Lands yearns to see football in the fall. As a physician, he sees possible paths to get to the fields and stadiums.

But COVID-19 and the death of George Floyd in police custody have changed perceptions and more, Lands concedes.

He was not on the COVID frontlines at North Oaks, but Lands had a front-row seat that included surgeries on trauma patients who tested positive upon arrival.

“I’ve seen the entire team stand behind the hospital and really be so selfless and it is so amazing. North Oaks had to create an entire floor just for the patients with COVID,” Lands said. “Most of the staff volunteered to cover the ER because more staff had to be pulled to COVID and those people working in that unit were so overworked. But they all worked tirelessly.

“We had to entirely change the protocol we used for the good of the patients and the staff. I tip my hat to the staff here, they are amazing. When you put the mask on, you do what you have to do for the patient. You pray we stay safe.”

Lands views the death of Floyd and others who have died because of confrontations with law enforcement with sadness. He hopes for change, but knows how deeply-rooted the issues are.

“As an orthopedic surgeon, I truly love my job and I could not have picked another career likewise, I know there are a number of officers out there who wake up every day with a passion and desire to serve,” Lands said. “My goal every day is to improve the lives of my patients by delivering exceptional care — regardless of ethnicity, gender, or religion. I committed myself the day I took the Hippocratic Oath. Every police officer also has taken an oath, to protect and serve and many of them do this with the utmost respect.

“Unfortunately, there are some who have lost, or never had, sight of the true mission. We need to change or else we will continue to divide this great nation.”