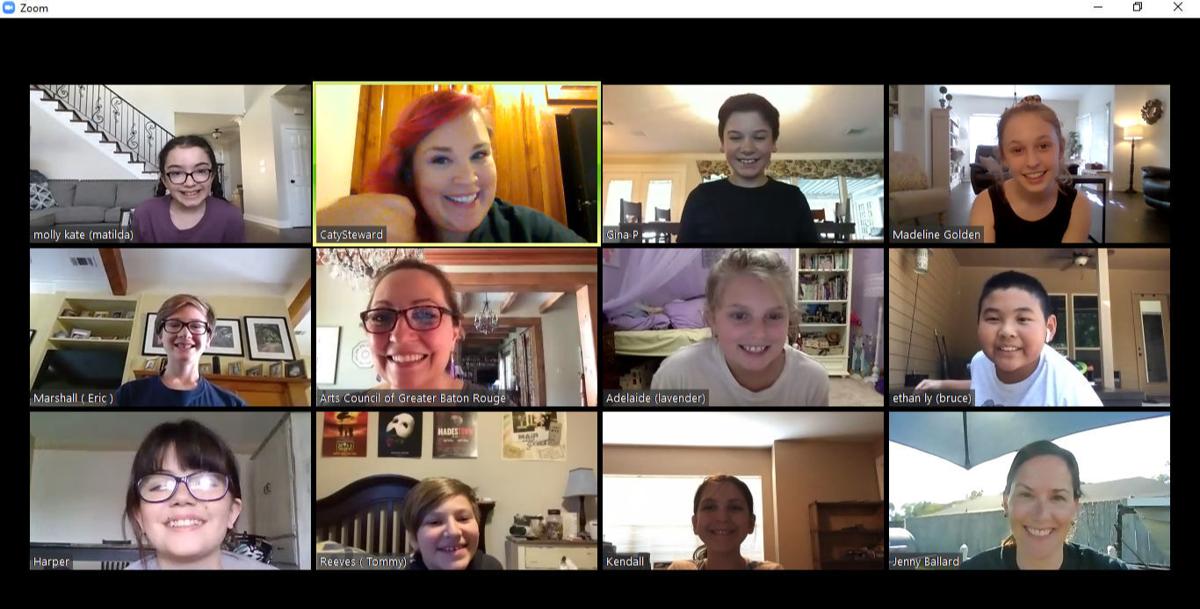 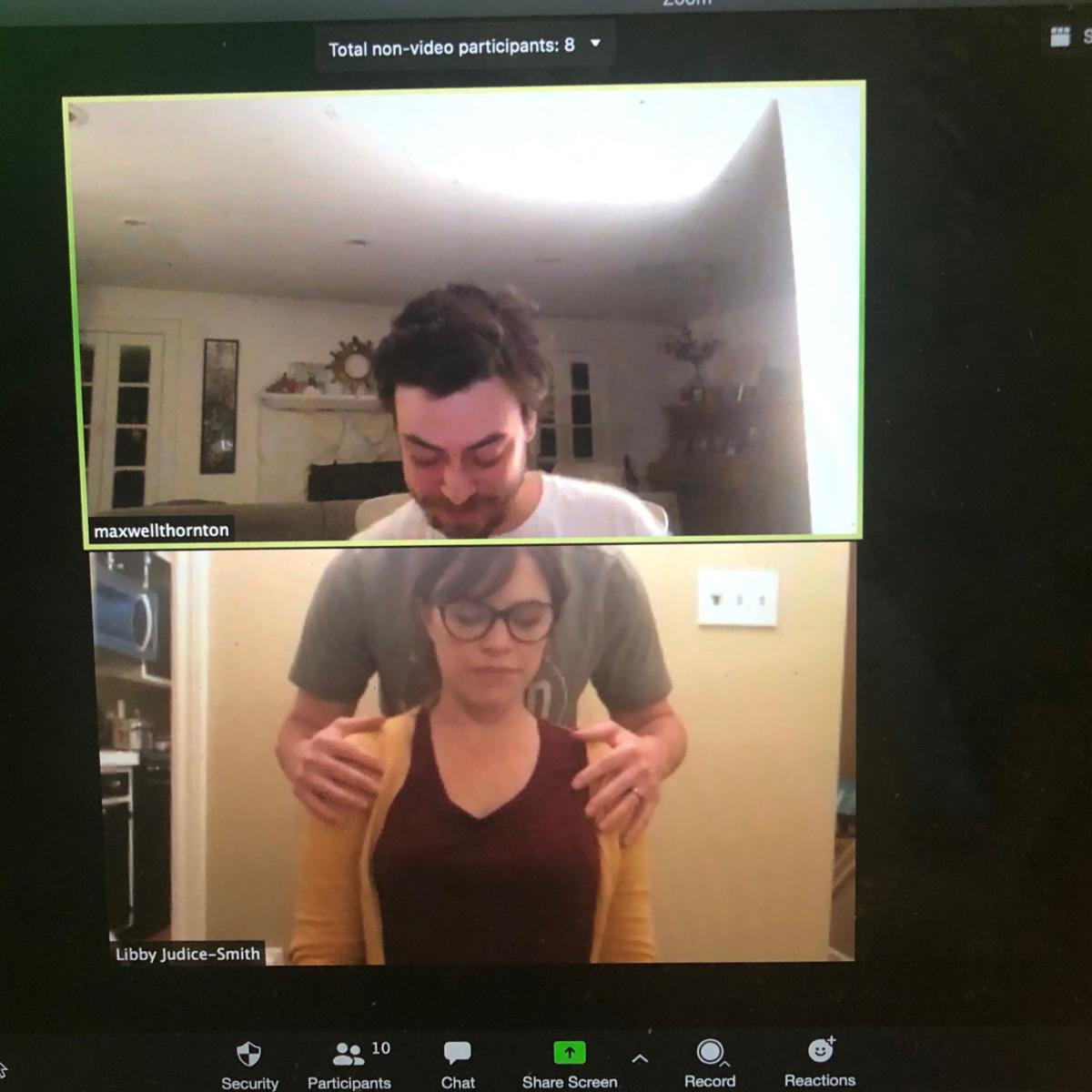 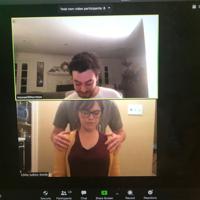 Max Thornton, above, as Peck, and Libby Judice-Smith as Lil Bit in a Zoom rehearsal for Theatre Baton Rouge's live virtual production of 'How I Learned to Drive.'

Max Thornton, above, as Peck, and Libby Judice-Smith as Lil Bit in a Zoom rehearsal for Theatre Baton Rouge's live virtual production of 'How I Learned to Drive.'

No stage? No problem.

Theatre Baton Rouge will stage its next production on a virtual set.

Make that sets, because each of its nine cast members will be performing their parts in "How I Learned to Drive" from their own individual locations. And though they'll be separated, each part will be played out as if they're together onstage.

"We worked it out with Zoom, and it's almost like watching a movie," said Caty Steward, marketing and development director. "Theaters are having to step back during this time and think about how we can stay relevant, and we've gotten very creative."

Paula Vogel's "How I Learned to Drive," directed by Shannon Walsh, was part of Theatre Baton Rouge's 2019-20 City Series.

The show was already cast and was scheduled to open May 15 in the smaller Studio Theatre. Opening day is the same, but the venue has changed.

"There will be seven performances, and all will be live," Steward said. "These will be ticketed shows, and we're selling a limited number of tickets. Patrons will be able to go to our website and buy the tickets, then get a code and instructions on how to watch the play."

Theatre Baton Rouge was in the midst of performing "The Fox on the Fairway" when the Centers for Disease Control and Prevention began issuing social distancing guidelines because of the coronavirus pandemic.

The state's stay-at-home order was issued shortly after that, prompting the theater to cancel its final weekend of performances, along with the Studio Theatre performances of "A Doll's House, Part 2."

Now Theatre Baton Rouge is looking toward the state's projected reopening date of May 15. Because "A Doll's House, Part 2" was already cast, rehearsed and ready to open on March 13, the theater will film a staged production, then stream it as a ticketed event.

The theater will comply with the CDC's social distancing rules while filming the show's four cast members, with only the director and videographer joining them in the studio.

"We will not be doing this until after the order is lifted," Steward said. "We want to comply with all of the rules."

Theatre Baton Rouge also will film a virtual production of the musical "Anything Goes" as a ticketed staged concert to be streamed later, along with a ticketed virtual Mother's Day concert May 8-10.

Plans also are to move its summer musical, "Matilda," to August.

"We were going to start the new season with 'Sweeney Todd,' but 'Matilda' was already cast," Steward said. "We were also weighing it as a financial decision. We'd already cast it, and we had to think about which production would bring in the most ticket sales."

Ticket sales account for 60% of the theater's budget, and closing the doors on the second half of its season has taken a bite out of its budget.

When the time does come to stage "Matilda," the theater won't be operating at full capacity.

"We're projecting seating at half capacity to follow the social distancing rules," Steward said. "Our goals are to keep our volunteers and our patrons safe. We've put in cleaning measures, and we're looking at how to appropriately distance everyone."

The theater's annual gala fundraiser, scheduled for the spring, has been moved to the beginning of August.

"This is our biggest fundraiser of the year, and a lot of our funds from this event come from the silent auction," Steward said. "This has hit so many businesses in our community hard, and this is not the time to be asking for donations for a silent auction. And we also know that we can't put 350 people in a room for a gala, so we may be streaming this as well."

The pandemic has not kept Theatre Baton Rouge from anticipating its new season, which will mark its 75th anniversary with such Broadway hit musicals as "Something Rotten," "Legally Blonde" and "Chicago" on the schedule.

"We also have some special things scheduled for our 75th," Steward said. "This is a big year for us, and we're thinking about revamping some things. We want to give the community what they need without taxing them and at the same time being responsible."

To purchase tickets for "How I Learned to Drive," visit theatrebr.org.

Theatre Baton Rouge will be kicking off its 75th anniversary year on a different kind of stage.