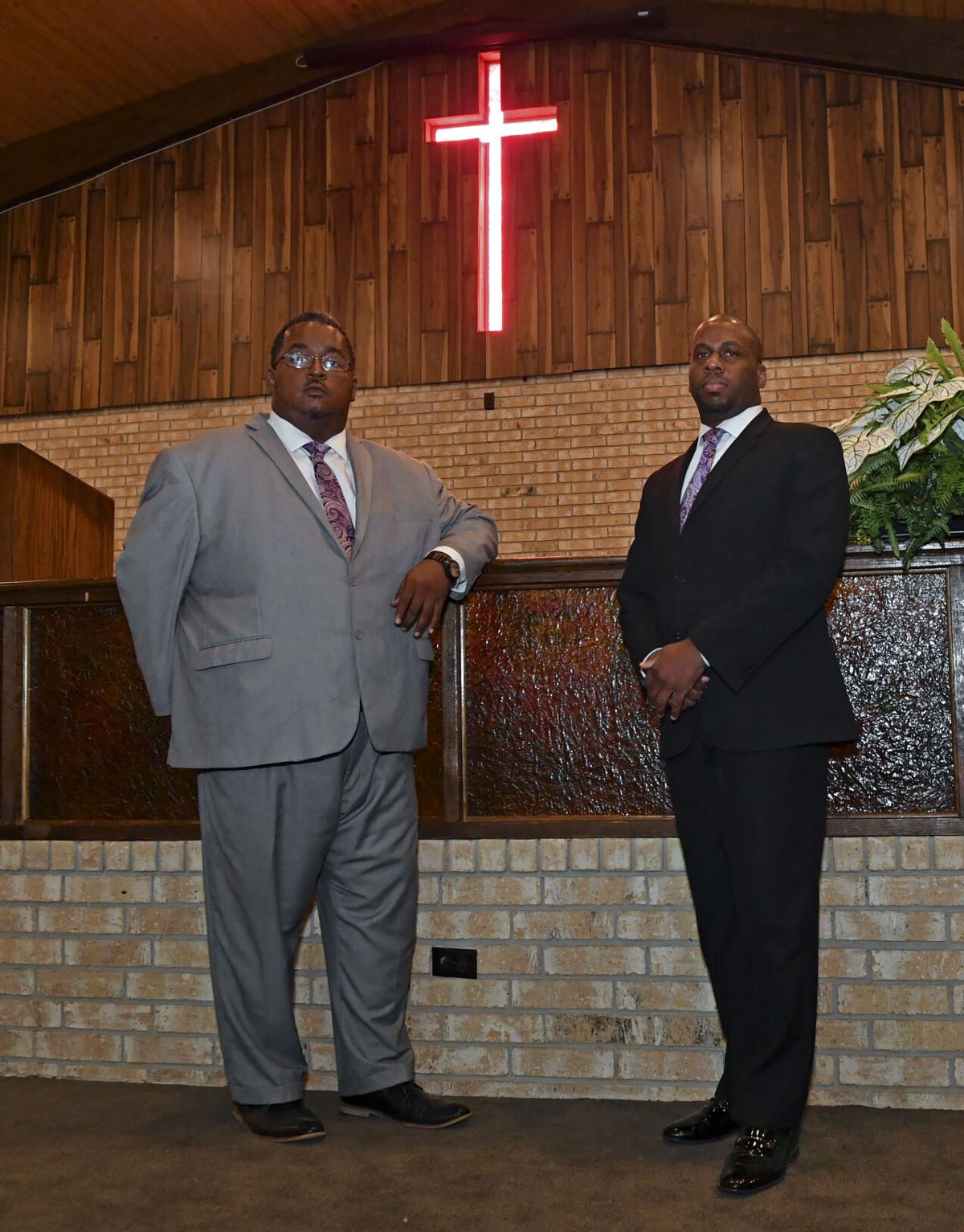 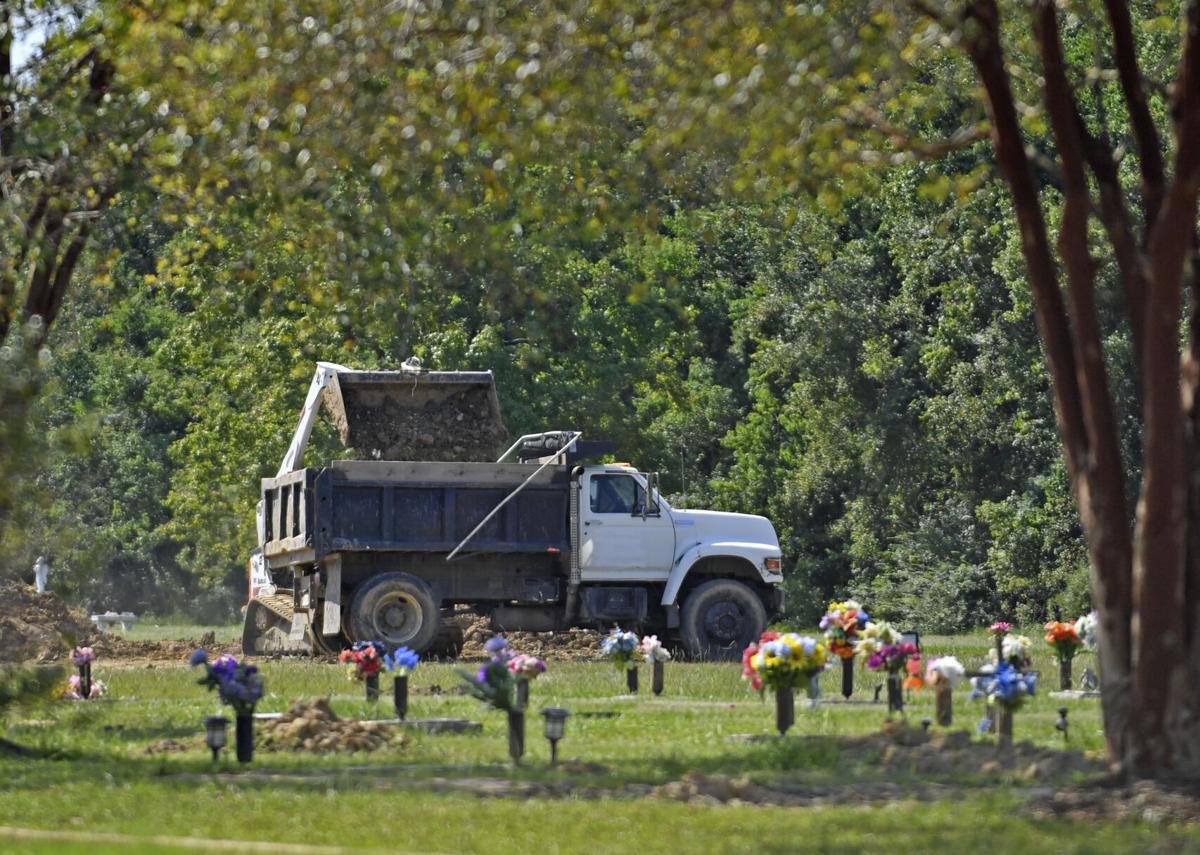 Crews work outside in the cemetery near funeral plots, Friday, September 10, 2021, at Winnfield Funeral Home in Baton Rouge, La. 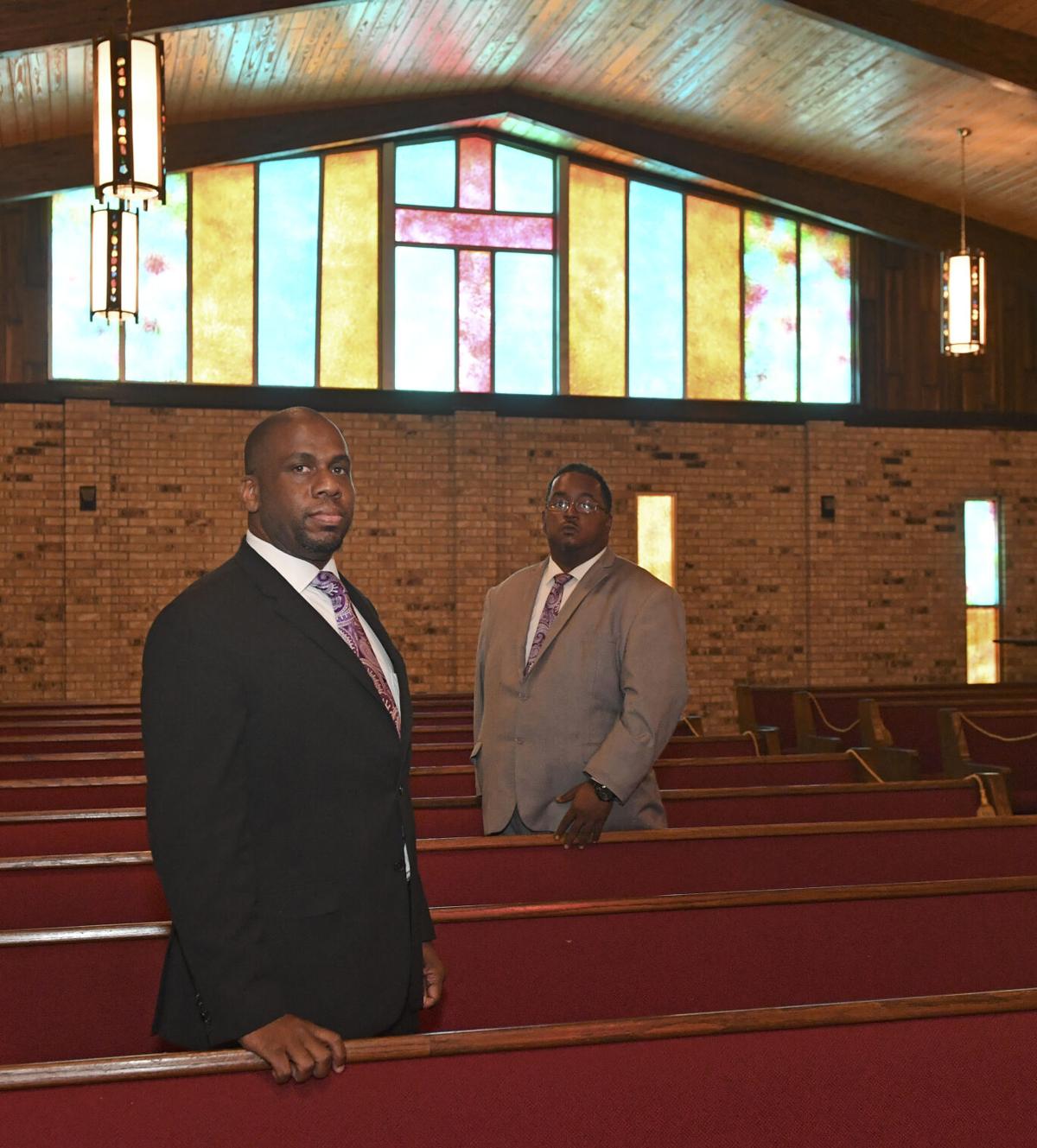 Crews work outside in the cemetery near funeral plots, Friday, September 10, 2021, at Winnfield Funeral Home in Baton Rouge, La.

Pierre Cobb walked through one of two empty, air-conditioned chapels at Baton Rouge’s Winnfield Funeral Home while describing the logistics of hosting a drive-by funeral in the age of COVID-19.

It was a rare quiet moment for the director, who spent the better part of the past two months in a near-constant cycle of meetings, embalming and funerals as the pandemic’s vicious fourth wave grips the state thanks to the highly contagious delta variant.

“The initial wave was overwhelming, and then it kind of calmed down,” Cobb said. “Now there’s this increase and it’s a lot more young people. It’s breathtaking.”

From July 4 through the end of the past week, East Baton Rouge reported 180 deaths from COVID-19 — nearly 20 percent of the parish’s 930 total deaths since the pandemic began in March 2020 — and its victims are getting younger.

If you were scheduled to get your second dose of the COVID-19 vaccine in Louisiana this weekend, that's unlikely to happen — but that's OK.

According to the Louisiana Department of Health, Louisianans ages 5 to 17 make up the largest bulk of COVID cases at nearly 20 percent. The next-highest percentage of cases are those ages 18 to 29 and 30 to 39, both at 16 percent.

The state’s newest surge hasn’t been easy on anyone, but for the dozens of funeral home directors in the especially overwhelmed greater Baton Rouge area, it’s a reality they never could have fathomed.

While hospital beds throughout Louisiana continue to fill with COVID patients, government and media focus has, for the most part, remained firmly centered around healthcare workers and their efforts to save the living.

Behind the scenes, however, COVID’s grim statistics are taking their toll on even those accustomed to dealing with death, leaving some funeral home employees to say they feel invisible on the pandemic’s front line.

“Everybody’s focused on the front line and whatnot, but not the ones dealing with the bodies,” said Cedrick L. Lawson, who works alongside Cobb as an assistant manager.

While COVID-19 cases in Louisiana remain "exorbitantly high," the state appears to have peaked in its fourth surge of the deadly disease, stat…

He said morgues have become so crowded, hospitals will sometimes call his home even before a patient dies to make sure someone can come pick up the body quickly and make space for the next.

On any given day, Cobb and Lawson host up to 10 funerals, back-to-back, with practically no time in between. Often they’re so busy attending to grieving families, they forget to eat.

Both say they were drawn to this business because they like to comfort people, but even that has become a challenge thanks to COVID-19 safety restrictions that enforce strict social distancing measures.

‘We like to hug, we like to kiss, we like to say ‘everything’s going to be OK,’” Cobb said. “That was a big, big change, and it was very emotional.”

Alex Richoux picked his load of clean laundry out of a few stacks — some folded, some fresh from the dryer — Friday afternoon in a small, air-…

Before the pandemic, Bobby Suchman of Seale Funeral Home in Denham Springs estimated his home took 40 to 50 calls in a given month, maybe 60 during a particularly busy time.

In August, they fielded more than 100.

“We’ve been averaging in the mid-80s for the past eight to 10 months since COVID really became prevalent,” Suchman said. “We’re doubling our norm.”

Although hospitals don’t always provide a cause of death for patients, he estimates about half of those numbers are COVID-related, noting it’s been difficult juggling the drastic increase in calls with a decrease in facility and staff availability thanks to state-mandated COVID precautions.

His home is only offering two services a day, one at 10 a.m. and one at 2 p.m., in order to give the staff enough time to properly clean the facility and sanitize for COVID.

With roofs torn off, windows busted and elevator shafts broken, hospitals in southeastern Louisiana lost 200 to 300 hospital beds in the after…

“The increased number of families but the decreased number of service times has put a strain on everybody, the families included, because they’re having to delay services due to the availability of staff at our facilities,” he said.

He added that about 50 to 60 percent of his services are cremations, which helps ease demand when it comes to how quickly burials need to take place, but even still, he and his staff have been working around the clock to keep up with the seemingly endless flow of customers.

Generally his home’s hours of operation run from 8 a.m. to 5 p.m., but the previous night, Suchman said he stayed until well past 10 p.m. to complete a mountain of paperwork.

“Last year we saw all the numbers come across the TV,”  Schuman said. “We saw the press conferences and everything that was going on, but you rarely knew somebody who had COVID or who had died from it. It wasn’t really tangible to us. With this delta variant, we’re seeing more people we know not only contracting COVID, but also passing away from it.

COVID deaths in Livingston Parish smashed daily and weekly records as the fast-spreading delta variant fuels outbreaks that have soared since July.

“Even though there was a huge number of (deaths) last year, it seems to be much more in your face now, so to speak.”

“Just in the past week, I’ve met with families where literally everyone in the family has COVID, so we’re waiting to do services, or dad’s in the hospital with COVID and so is mom, so we’re waiting for mom to pass away because they say it’s going to be this week and we’re going to do a double funeral,” she said. “Those are the ones that really get you.”

Stephens’ funeral home tracks calls yearly. In a typical year, she said, they get an average of 500 calls.

Although she didn’t have the numbers for 2020 and it’s too soon to know for 2021, “it’s definitely increased,” she said.

“Sometimes you have to take that day off and not worry about (being) here,” he said. “A lot of times, as funeral directors, we don’t want to do that because we’re always thinking about the next family that’s coming in. ‘They’re going to need me, or the place can’t run without me if I’m not there. Of course when this pandemic came, it was overwhelming, but at the same time we were still doing what we had to do.”

However, Lawson argues more than anything else, funeral homes in areas hit especially hard by the pandemic need support in providing employees with essential safety supplies.

“We really need our government, local, state and federal, to move us from the bottom of the totem pole and include us with the nurses, the doctors, everyone else,” he said. “We’re the last ones to deal with the body before it’s interred or cremated, and we’re still traumatized.”