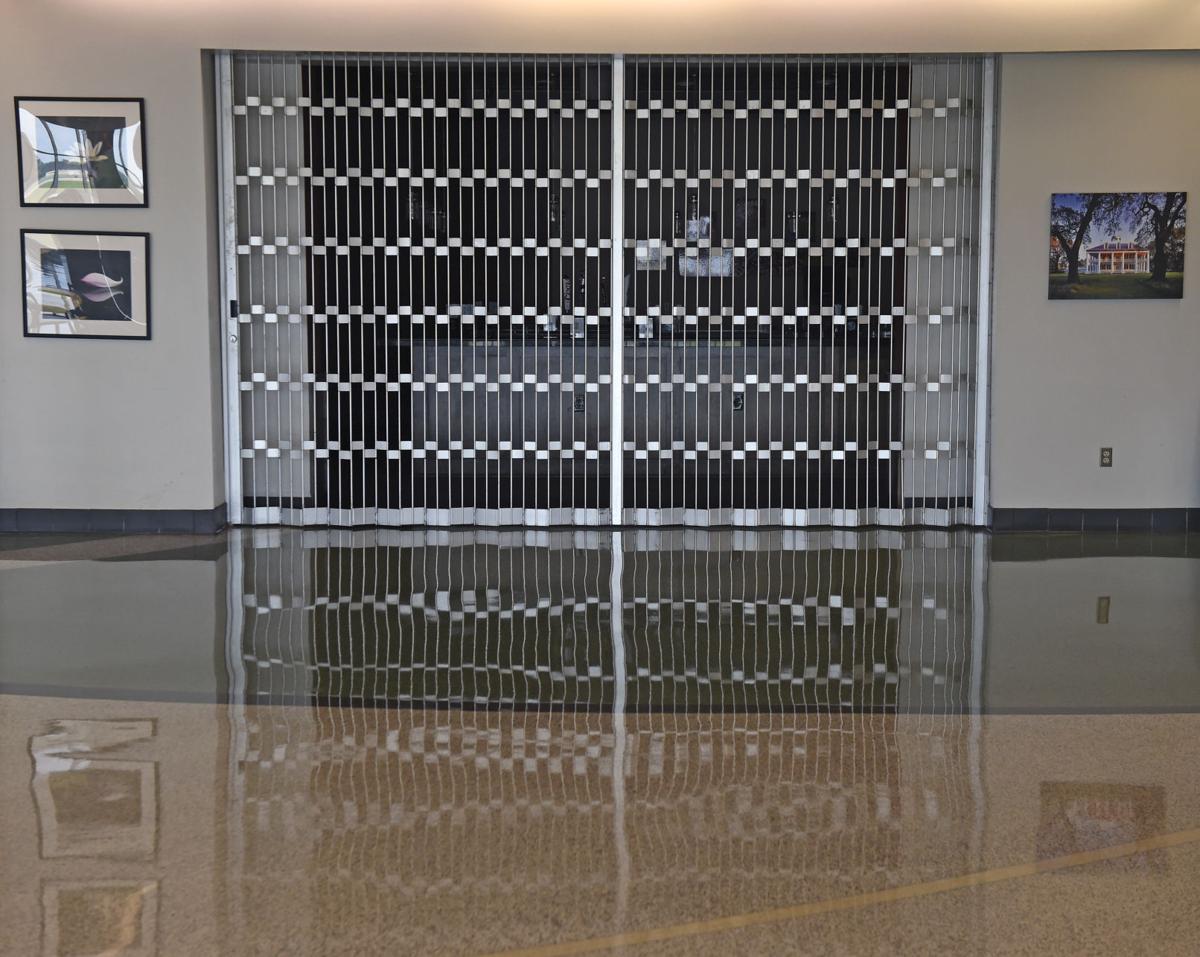 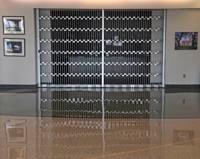 A restaurant is closed with the gate locked as the Baton Rouge Metro Airport sits void of travelers Friday afternoon, April 17, 2020, in Baton Rouge, La. 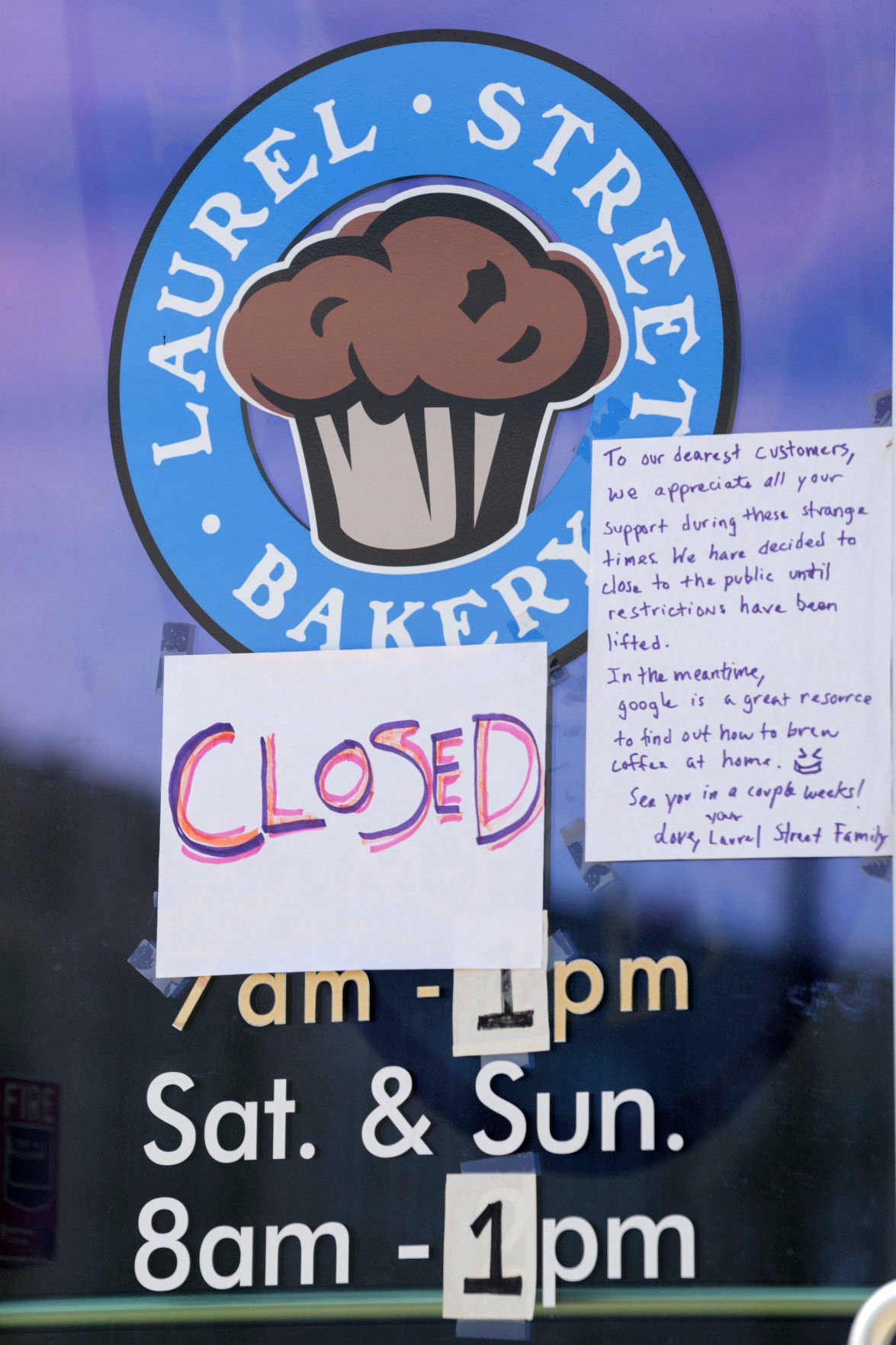 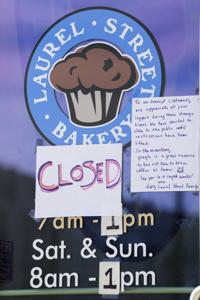 Laurel Street Bakery is one of many businesses that has a note on their front door telling customers they will close their doors until social distancing regulations lift after first trying to stay open during the coronavirus pandemic in New Orleans, La. Monday, April 13, 2020.

A restaurant is closed with the gate locked as the Baton Rouge Metro Airport sits void of travelers Friday afternoon, April 17, 2020, in Baton Rouge, La.

Laurel Street Bakery is one of many businesses that has a note on their front door telling customers they will close their doors until social distancing regulations lift after first trying to stay open during the coronavirus pandemic in New Orleans, La. Monday, April 13, 2020.

“Lives are at stake!”

“Don’t you care about saving lives?”

We’re going to be hearing that a lot in the coming days as we debate how to dig ourselves out from this deep economic hole we’re in as a result of the restrictions in place designed to stop the spread of the COVID-19 global pandemic.

We’ll also hear things like “if it saves lives, then it’s worth it.”

But think for a second about that logic. In 2018, 768 Louisianans were killed in car accidents. If we lowered the speed limit to 15 mph, most of those lives would have been saved. That’s hundreds of lives we could save year after year if we’d only be willing to take five hours to drive from New Orleans to Baton Rouge. Like it or not, the freedom to get where we want, when we want, cost us lives.

The same logic could be applied to COVID-19 deaths. If the government locked us in our homes for months on end it would most certainly reduce the number of fatalities related to the coronavirus. But at what cost? Originally, we were told the drastic government mandates from Gov. John Bel Edwards, forcing many businesses to close and banning large gatherings, were designed to flatten the curve, so hospitals will not be overrun with patients all at once. It’s clear now, at least in Louisiana, our hospitals are more than capable of handling the load.

So, is it not then reasonable to begin considering the easing of restrictions incrementally? It’s not as though we must open everything up all at once. We can take it slow and if COVID-19 hospitalizations begin to spike as a result of the changes, then we can pull back those freedoms.

Last month alone, close to 300,000 Louisianans filed for unemployment. The Pelican Institute, a Louisiana-based, free-market promoting think tank reports during the last major American recession, between 2007 and 2010, the nation saw close to an additional 5,000 suicides. Researchers attributed the spike in suicides during that time to high unemployment, financial shock and mortgage difficulties accompanying the recession. The poverty and erosion of our state’s economy we’re potentially facing could produce economic calamity far more severe than that seen between 2007 and 2010. If we’re being honest with ourselves, we’re currently facing two deadly crises. COVID-19 and the risk of an economy collapsing into a depression not seen in America since the 1920s. Poverty and stress caused by financial insecurity and uncertainty kills, too.

“Some may argue that in order to solve one crisis, we must sacrifice addressing the other crisis looming over us. I reject this line of thinking wholeheartedly,” said Daniel Erspamer, CEO of the Pelican Institute.

Our Views: Overloaded systems trying to get payments out

One of the new themes in this new world, “the system is slow for everybody.”

We must stand up to those who would employ bullying tactics against anyone looking at both the health risk of COVID-19 and the economic dangers of the shutdown. They’ll call us cold-hearted, callous, and uncaring about the loss of life resulting from COVID-19 simply because we bring attention to the economic devastation and suffering unprecedented government mandates and restrictions bring. This is not an either-or situation. There will be tradeoffs and no easy answers. Demanding silence and demonizing those calling for open debate looking at both sides of this crisis is not the way forward.

Before COVID-19 disproportionately struck Louisiana, the state’s economy had already been under siege by forces fighting to grow government and please special interests at the expense of the private sector. Louisiana experienced massive out migration, stagnant GDP growth, and some of the highest unemployment in the nation. Most would agree the measures our governor recently put into place were necessary to flatten the curve and slow the spread of COVID-19. But they also made an already tenuous economy even more fragile. The longer those restrictions remain in place, the less reparable they become.

The war targeting Louisiana’s private sector will continue once COVID-19 is no longer a threat. The government-centric types will push for more taxes as state coffers run low. But the way forward is to focus on growing the private sector, not transferring money out of it into government. It’s the private sector that produces wealth and opportunity for Louisiana families.

Thinking about cutting your bangs out of shear desperation? Hairdressers say 'be patient'

Coronavirus has closed thousands of salons and barber shops throughout Louisiana, and as hair grows uncontrollably, people face the question: to cut or not to cut?