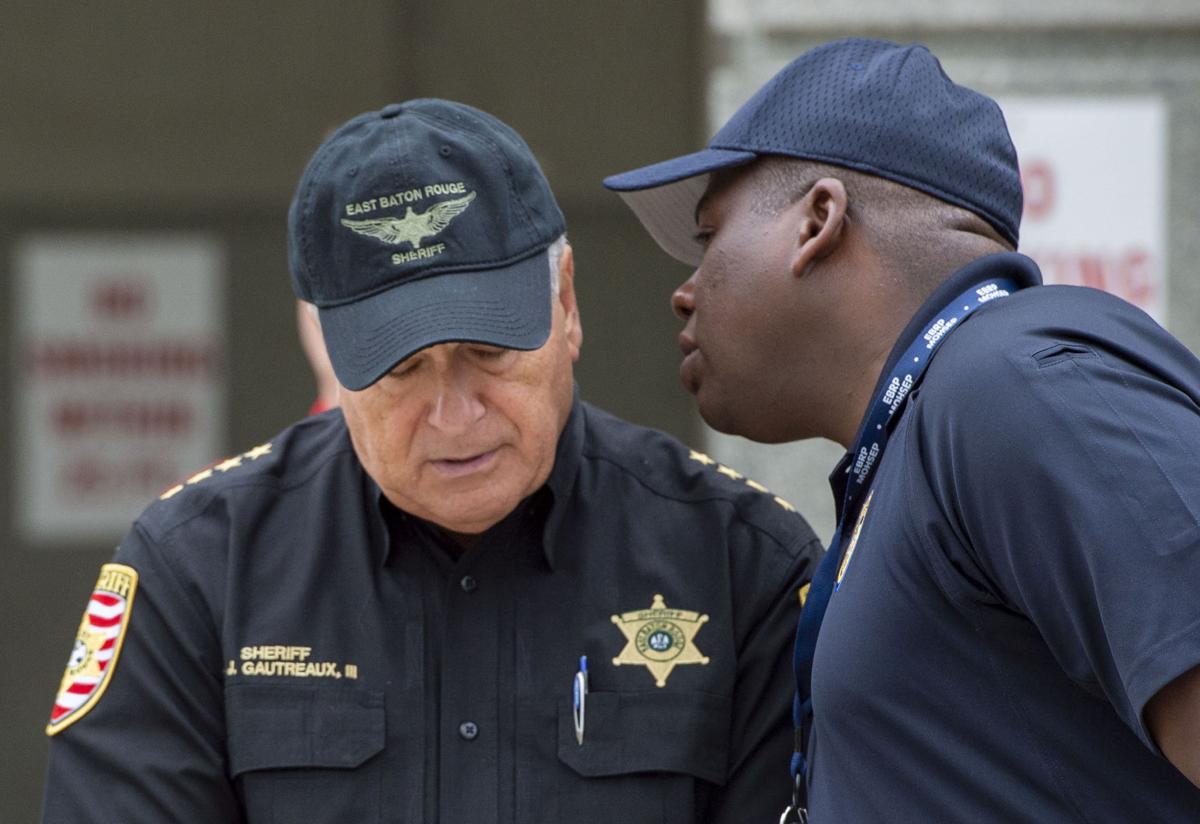 With everybody at social distance, Daniel Burch does sign interpretation as EBRP Sheriff Sid Gautreaux speaks at the lectern during a press conference at the MOHSEP Tuesday March 17, 2020, in Baton Rouge, La. 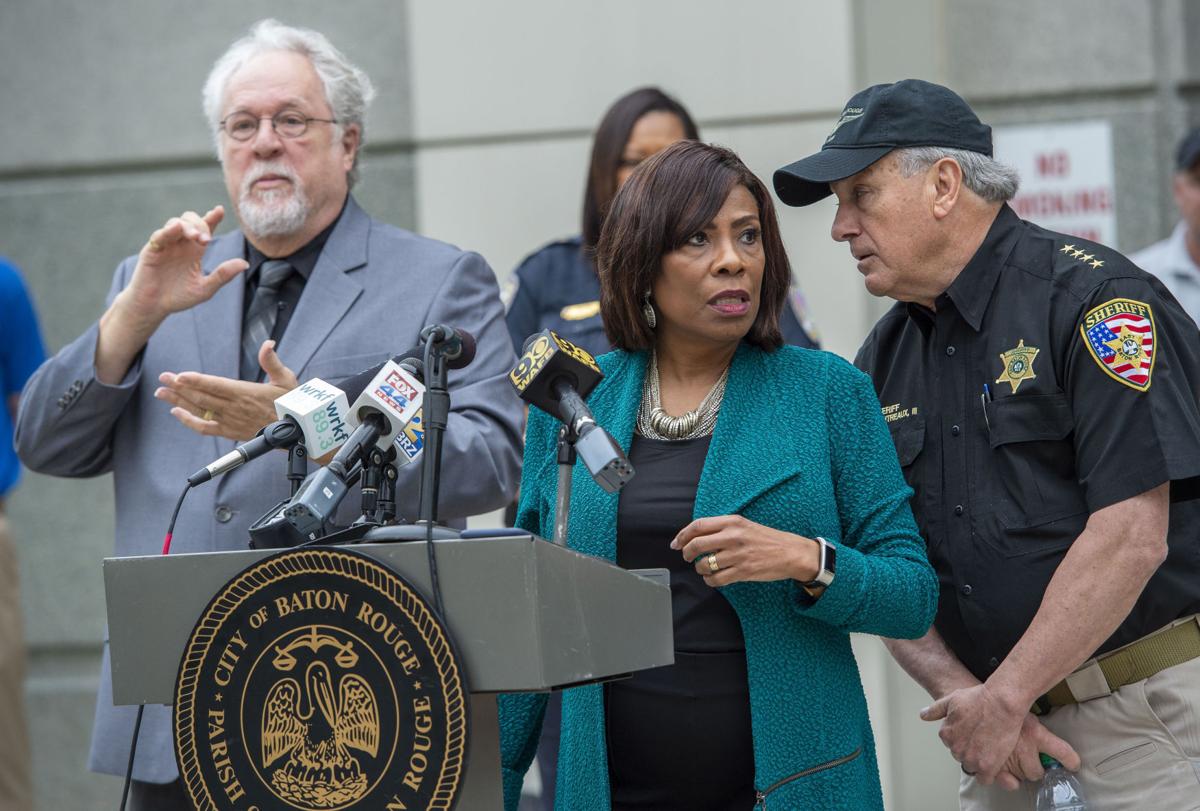 Daniel Burch does sign interpretation as Mayor Sharon Weston Broome, center, pauses to listen to EBRP Sheriff Sid Gautreaux, right, while speaking at the lectern during a press conference at the MOHSEP Tuesday March 17, 2020, in Baton Rouge, La. 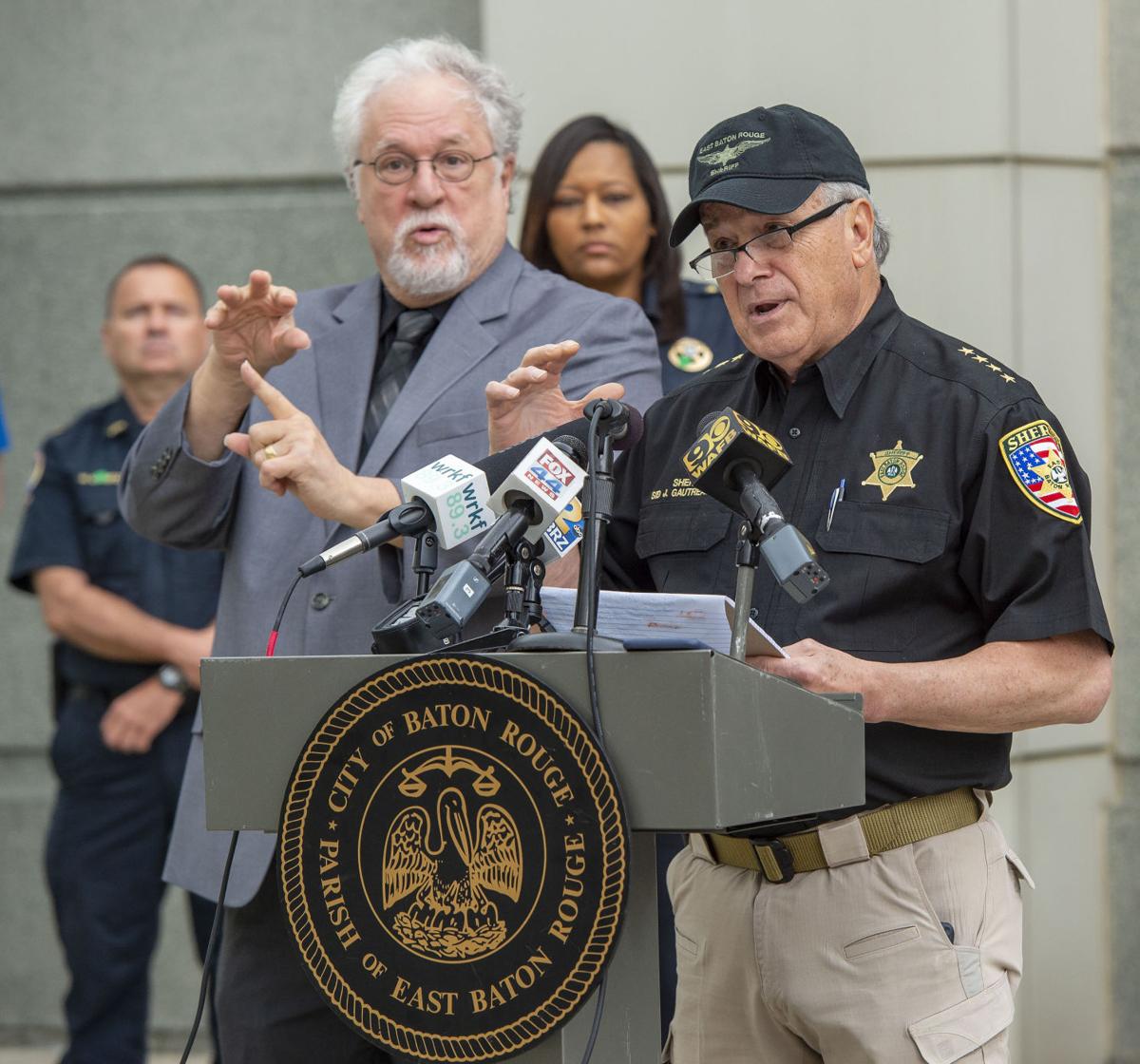 Daniel Burch does sign interpretation as EBRP Sheriff Sid Gautreaux, right, speaks at the lectern during a press conference at the MOHSEP Tuesday March 17, 2020, in Baton Rouge, La.

With everybody at social distance, Daniel Burch does sign interpretation as EBRP Sheriff Sid Gautreaux speaks at the lectern during a press conference at the MOHSEP Tuesday March 17, 2020, in Baton Rouge, La.

Daniel Burch does sign interpretation as Mayor Sharon Weston Broome, center, pauses to listen to EBRP Sheriff Sid Gautreaux, right, while speaking at the lectern during a press conference at the MOHSEP Tuesday March 17, 2020, in Baton Rouge, La.

Daniel Burch does sign interpretation as EBRP Sheriff Sid Gautreaux, right, speaks at the lectern during a press conference at the MOHSEP Tuesday March 17, 2020, in Baton Rouge, La.

East Baton Rouge Parish Sheriff Sid Gautreaux said Tuesday it's likely just a matter of time before the novel coronavirus arrives in the parish jail as law enforcement leaders across the region determine how best to protect their officers and citizens during the ongoing crisis.

Local criminal justice leaders announced they're taking steps to limit the jail population in light of the impending outbreak, including fewer bookings and ramped up efforts to resolve some cases more quickly. But officials said that doesn't mean residents can ignore state laws, including the governor's recent order to limit all gatherings to 50 people or less.

They held their news conference outdoors at the Mayor's Office of Homeland Security and Emergency Preparedness to avoid the dangers of a crowded room. Officials stood staggered several feet apart from one another behind the podium as Mayor-President Sharon Weston Broome reminded everyone to keep their distance.

"I implore everyone: Do this, be in compliance and perhaps this will be short-lived for us," Broome said. "We're not talking about something frivolous. We're talking about life or death issues here."

Gautreaux said people arrested on misdemeanors will no longer be booked into jail during the coronavirus outbreak and instead will receive a summons to appear in court, with the exception of DWIs, domestic abuse counts and other violent offenses.

East Baton Rouge Parish Prison consistently operates at or near its capacity of around 1,600 inmates, which results in some inmates being housed in other parishes. But Gautreaux said those transfers have been prohibited for the time being, which could exacerbate space constraints. Officials are considering alternative inmate housing, both for potential overflow and in the event of an outbreak.

Those temporary accommodations could include tents, Gautreaux said.

Isolation zones have been set up in wings of the jail that were previously closed down for security reasons, he said.

The first patient in Baton Rouge to test positive for the novel coronavirus is receiving treatment at Baton Rouge General, the hospital said Tuesday.

Gautreaux added that inmates are being screened daily for the virus. Those booked into jail will be evaluated by medical personnel prior to booking and if anyone exhibits COVID-19 symptoms, they will be taken straight to the hospital.

"Our prison population mirrors this community," Gautreaux said. "We've got some at-risk people. We're doing everything we can to protect both our inmates and our deputies."

Other changes include visitation restrictions that bar everyone but lawyers and bondsmen from meeting with inmates — either remotely or through glass. Two free 10-minute phone calls per week will be allotted to each inmate so they can keep in touch with loved ones.

East Baton Rouge District Attorney Hillar Moore III said prosecutors are working with the parish public defender's office to compile a list of cases that could be resolved in an expedited manner to get people out of jail, including plea deals and bond reductions. He emphasized that public safety remains a top priority and noted that elderly defendants and those with preexisting conditions are being given special consideration.

Lindsay Blouin, chief deputy public defender, said judges have granted release to some defendants already. She said attorneys are being cautious when reviewing cases to make sure people don't accept a plea deal just because they want to get out of jail before the virus arrives.

The first confirmed Baton Rouge case of COVID-19 was announced Tuesday afternoon, just hours after the law enforcement press conference. At least four people have died from the virus across the state, according to the latest numbers.

Both Gautreaux and Baton Rouge Police Chief Murphy Paul said law enforcement officers will continue to respond to all 911 calls, but they ask that people work with the dispatchers to assess whether the emergency requires in-person contact.

They said their agencies are prepared to reallocate manpower if officers start getting sick or have to care for loved ones. "We fully realize we might have sickness within our ranks," Gautreaux said.

Paul clarified that he does not anticipate a curfew will be imposed because he expects residents to comply with the governor's directives. However, he said a parishwide curfew could happen if the situation escalates.

Other first responders, including Emergency Medical Services, are prepared for the eventual first case in Baton Rouge. Officials cautioned the public to not be alarmed if a medic enters their home wearing personal protective equipment like gowns or masks. EMS also announced only one person is allowed to ride in the ambulance with a patient on the way to the hospital to minimize risk of transmission.