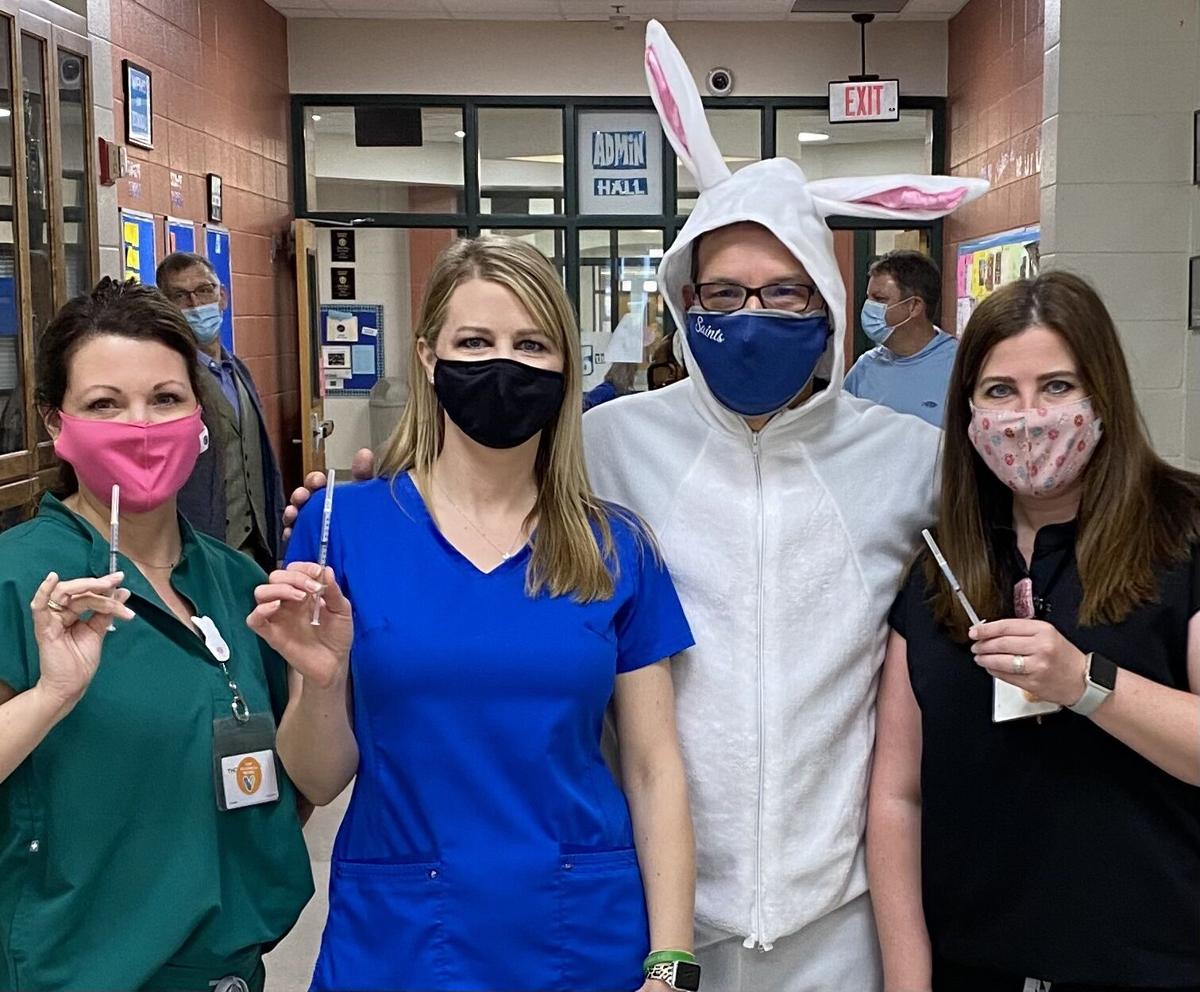 Superintendent Hollis Milton, dressed as an Easter Bunny, poses with three school nurses during an April 1 event at West Feliciana Middle School in which about 200 school employees received their second and final shot. About 75 percent of the school district's employees are fully vacinnated. Pictured from left are school nurse Shannon Thompson, Dana Wallis, Milton and school nurse Alyson Bell. 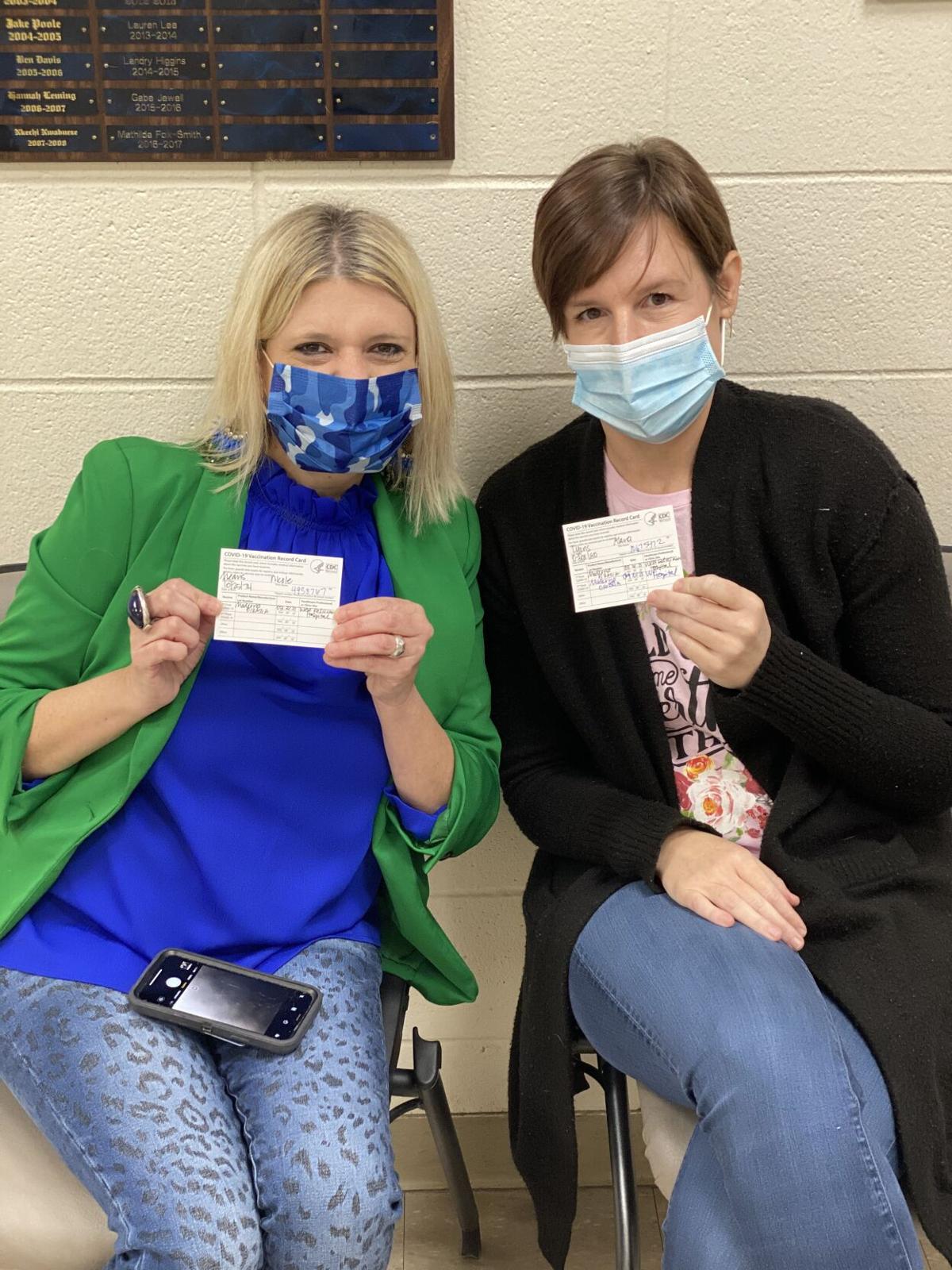 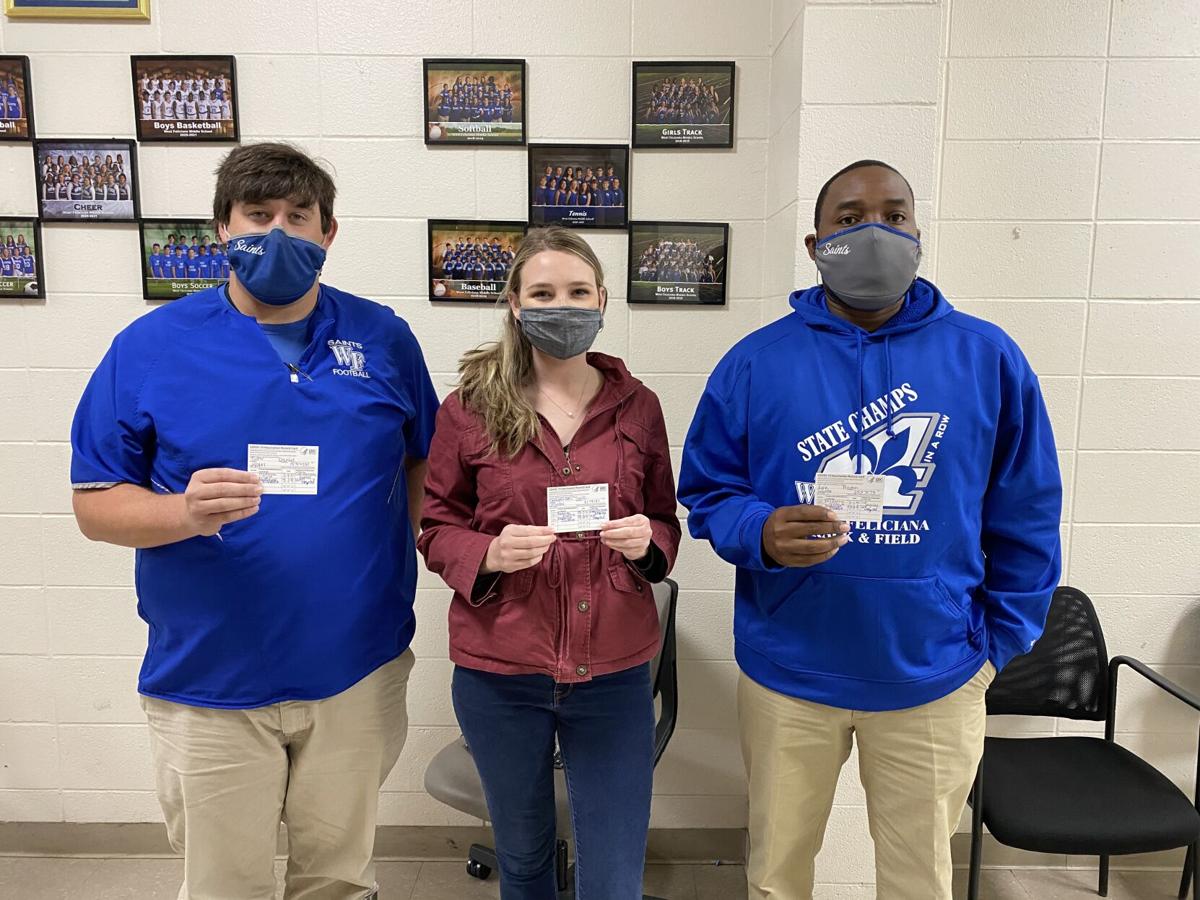 Superintendent Hollis Milton, dressed as an Easter Bunny, poses with three school nurses during an April 1 event at West Feliciana Middle School in which about 200 school employees received their second and final shot. About 75 percent of the school district's employees are fully vacinnated. Pictured from left are school nurse Shannon Thompson, Dana Wallis, Milton and school nurse Alyson Bell.

At least 75% of West Feliciana Parish school employees have been fully vaccinated for the deadly coronavirus, putting them close to herd immunity.

The parish, located just north of Baton Rouge, leads the state in vaccinations. Nearly half of its residents having initiated their vaccinations and about a third completing them, according to the latest state data.

The school district reached the 75% milestone on April 1, the final day before Easter break, with a daylong vaccination event at West Feliciana Middle School overseen by West Feliciana Parish Hospital. On that day, about 200 of the district’s 400 employees received their second and final shots.

“Any employee that wanted the vaccine, we made sure we had a coordinated effort to get them vaccinated,” said Superintendent Hollis Milton.

Milton received his second shot that day as well. It was more of a challenge than normal because he spent the day dressed as the Easter Bunny.

Lee Chastang, the hospital’s chief executive officer, said the hospital and the school district have a long working relationship, which came into play when the school district reopened for daily, in-person instruction in early August — before many other surrounding districts. Also, many hospital employees have their kids in parish schools, and at least two school nurses work at the hospital, he said.

Chastang said the hospital has also worked closely with other employers on vaccinations, including the River Bend nuclear plant.

“It’s been a group effort and that’s what has made it work as well as it has,” Chastang said.

Teachers can get the coronavirus vaccine now. How are districts helping them get it?

Effective Monday, teachers and other school employees across Louisiana for the first time began to contact local hospitals and pharmacies and …

Louisiana educators first became eligible for vaccination six weeks ago, on Feb. 21. The state is not tracking vaccination rates among this group and many school districts aren’t either. So It’s unclear how many school employees have gotten their shots.

Nevertheless, the vaccine appears to be having an effect. Last week, only 57 school employees in Louisiana reported testing positive for COVID-19, down from 224 who tested positive right before educators were first eligible for the vaccine.

Milton said he lacks hard data, but he talks informally with other superintendents about how their school districts are faring.

“I do sense that we are ahead, but maybe not way ahead,” Milton said.

In early January, the school district conducted a survey and found that about half of its employees wanted to be vaccinated, while another 25% were uncertain. Milton said his staff has worked since then to not only vaccinate those who said yes, but also to ease the worries of the fence-sitters and those who said No.

“If it’s seamless and you make it quick and easy, your numbers are going to go up,” Milton said.

For instance, rather than having school employees get vaccinated on their off hours, West Feliciana set up a release schedule so that employees could duck over to the hospital to get vaccinated. A substitute was arranged to cover for them while they were gone.

Employees were scheduled for vaccinations based on their date of birth, with older employees going first.

Hollis Milton, superintendent of schools in West Feliciana Parish, is in the hospital, sick from what he’s calling “presumed” coronavirus, tho…

It’s personal for Milton. Last March, early in the pandemic, Milton was hospitalized with a serious case of COVID-19.

“I felt a real responsibility that we needed to be a part of this process,” he said.

Milton said that the school district will continue to set up vaccinations for employees who still want them and do so through at least the end of the current school year.

The 75% figure likely understates matters slightly. Since employees can strike out on their own and get vaccinated without going through the school district, Milton said it’s possible there are employees he’s not aware of who are partially or fully vaccinated.

In Louisiana, 106,736 more doses of COVID vaccines have been administered this week, according to a noon update from the Louisiana Department …