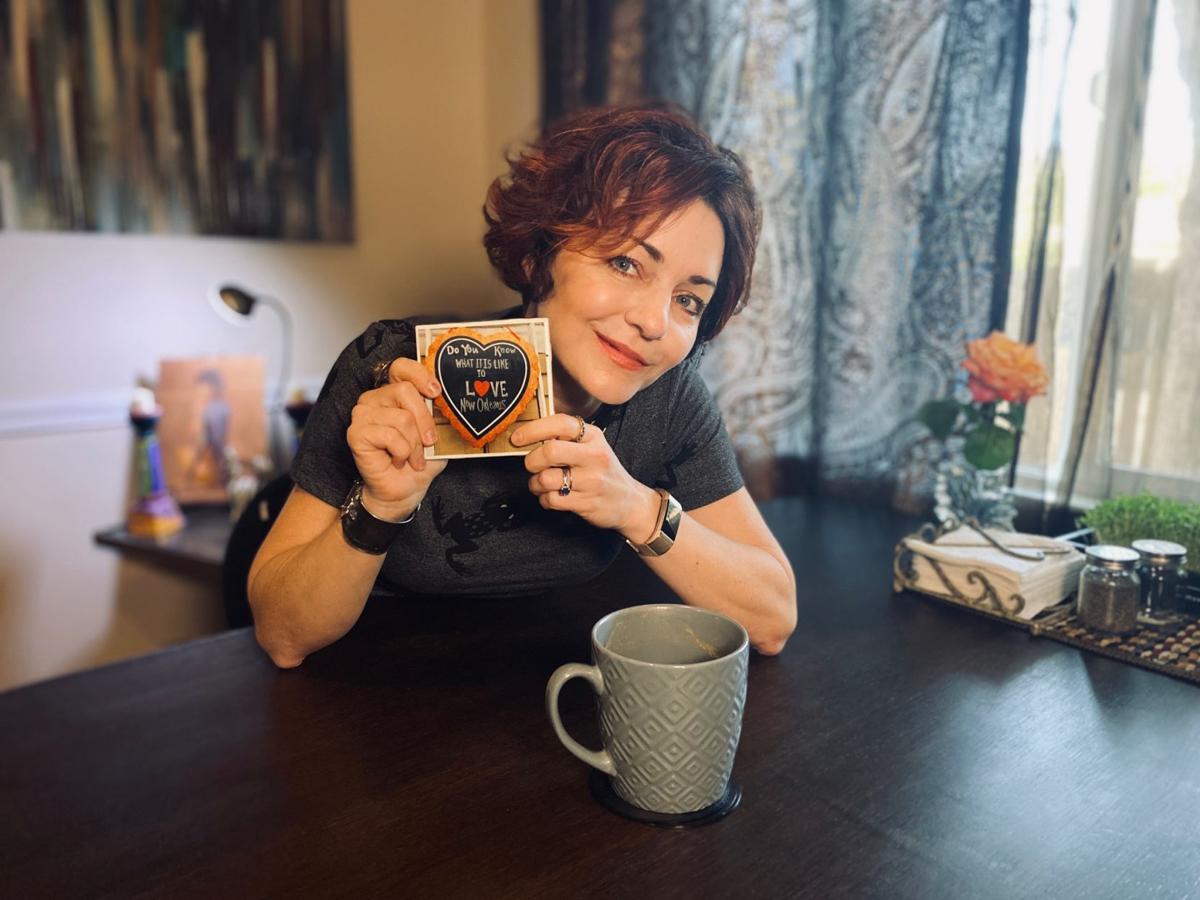 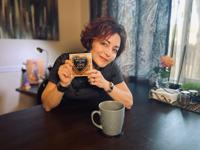 Actress Shanna Forrestall holds a memento from her beloved New Orleans. The Gonzales native, who now lives in Los Angeles, looks forward to visiting home again when the stay-at-home mandate is lifted. 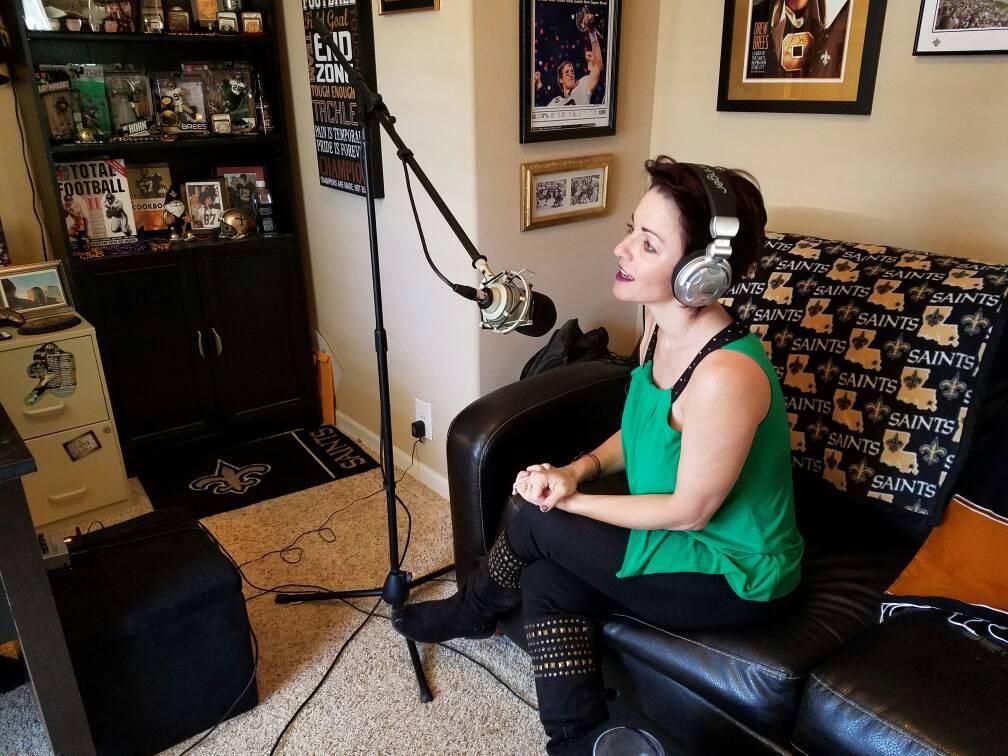 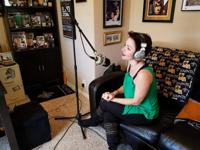 Actress Shanna Forrestall holds a memento from her beloved New Orleans. The Gonzales native, who now lives in Los Angeles, looks forward to visiting home again when the stay-at-home mandate is lifted.

Editor's note: As Americans continue to stay at home to help flatten the curve on the coronavirus pandemic, we're catching up with some Louisiana actors to find out how the crisis is affecting them, and what they're doing during this unprecedented upheaval in our daily lives.

The 42-year-old actress made that Los Angeles-to-Louisiana flight every two or three weeks during the months following the disaster, making a difference through her volunteer work with the Launch Louisiana recovery group.

Although she'd love being down South now, Forrestall, who normally divides her time between L.A. and New Orleans, is doing her part by staying put in California during the current coronavirus crisis.

Work, however, goes on for the actress/writer/producer, whose credits include roles in feature films "Olympus Has Fallen" (2013), "Playing for Keeps" (2012) and "The Last Exorcism" (2010), all of which were at least partially shot in her beloved Louisiana. She's also hosted Investigation Discovery's "Southern Fried Homicide" and had guest-starring roles on "True Nightmares," "The Astronaut Wives Club" and "Zoo," among other TV and indie film projects. She also runs Forrestall Consulting, which helps clients create a social media and marketing plan and produces digital assets.

Well, fortunately, I have not been physically affected by the virus, but the stay-at-home orders have ground production to a halt. So, from a professional standpoint, it's been challenging to be forced to stay home without auditions or the ability to film or produce anything as we would normally. It's also frustrating that we don't know when we'll be able to get back to work.

It's a different world and I know we're all still trying to figure it out. But, personally, it's been an interesting time. It's very difficult for me to be away from friends and family that I love, but I definitely value their health over my preference, so it's what must be done. I determined early on that I was going to utilize this time, so I've worked to catch up on personal and professional goals, while also still allowing myself some windows of time to just rest and daydream about the future.

Are you able to work on any acting, writing, producing types of projects at home?

Yes, I think I may be busier now than before! It's crazy because even though we're stuck at home, I have quite a few projects in post-production so I've been able to focus and spend my time on those. Working with my producing partners, My Calm World, I have an LP of original children's bedtime stories rolling out right now — earlier than planned to help parents who are adjusting to having their children at home — and, next, a series of meditations for adults called Butterfly Kisses, that will start to be released (online) every other week for a while.

At the same time, the last two short scripted films I wrote/produced and starred in are both in post-production, so I'm overseeing post and prepping those for festival runs.

And, while I'm here … (you know, doing nothing LOL) … I've started a screenwriting and pitching online class since I'm currently developing two feature film scripts that I'd like to shoot, hopefully in the next year. And, we are also doing what we can on the documentary on mass incarceration that I'm producing. We are focusing on fundraising and marketing for that since we can't shoot right now.

Oh, and did I mention that I hire/mentor young people on the autism spectrum? We are also continually producing original content for clients, as well as for my personal and professional YouTube channels, so we are working on final editing (all remotely of course) some really interesting projects.

Where are you isolating, at home in L.A.?

Yes, but I'm ready to get back to New Orleans to finish out these two films and to start showing them out there this fall.

I'm bingeing as many TV shows and movies as I can right now, especially those that I haven't had the time to get to. I'm focusing on some that I feel like are important to my development as an actress, and some that will give me insight on genres of the two feature films I'm developing. I'm also reading some fun fiction, and also some books for research like "White Fragility" by Robin DiAngelo.

I love to cook, so I've been cooking even more homemade meals than usual, but we also do takeout one or two times a week as well to support our local small businesses.

Definitely. I think many of us will come out of this experience changed. I know for me it's been a wonderful time of reset and refocus. It's helped me to be even more clear about what my professional goals are for the next few years. It's allowing me to really hone my skills in some areas that I needed more knowledge and development, and it's also given me some wonderful quality home time with my beautiful husband (Gary Ybarra, a financial adviser) and my cat, Beau. I'm very grateful that our experience has been more positive than negative and that we have not been physically affected by the virus.

I just want to encourage everyone out there to take care of themselves. Self-care is so important in times like these. Take some extra time to rest, breathe, meditate, nap … read a book. It's good to remind ourselves that we don't have to feel guilty to "do nothing" sometimes. It's necessary to be sane, healthy and happy humans.