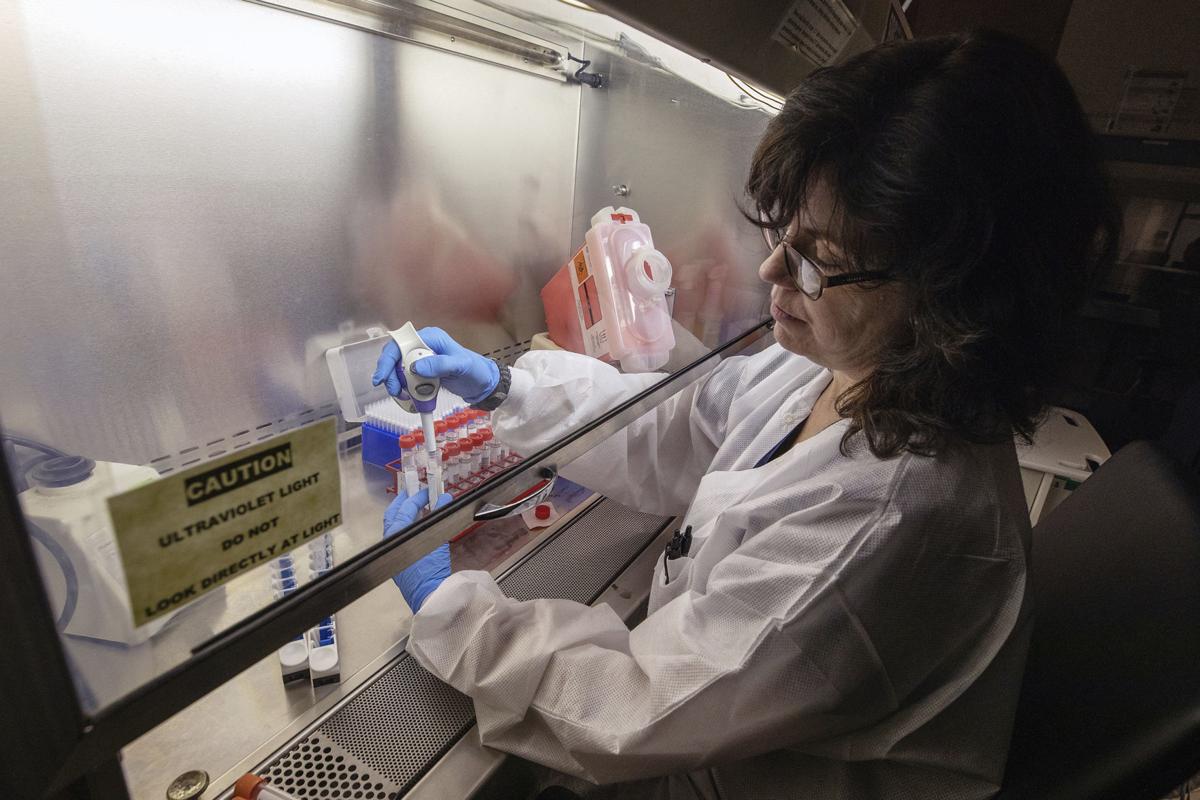 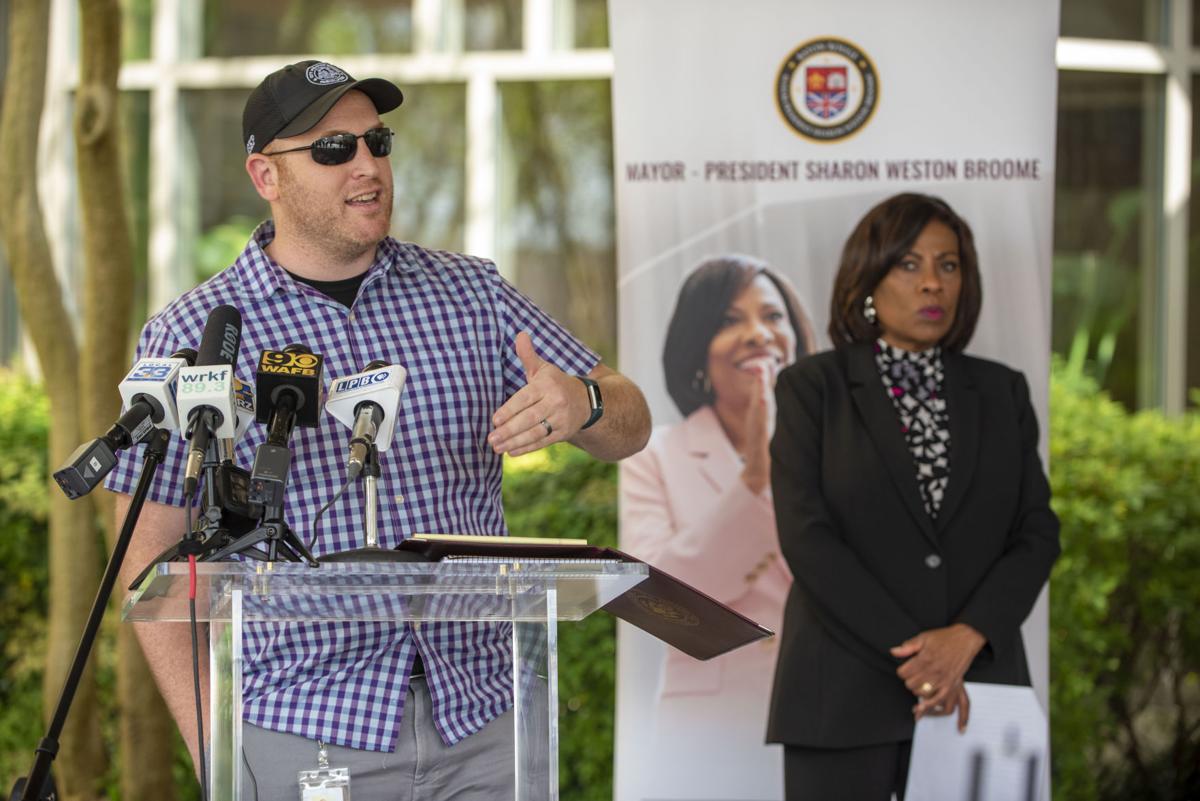 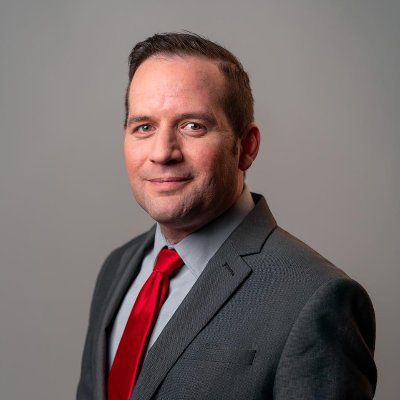 The number of Louisianians newly diagnosed with the novel coronavirus rose by 23% while those who died from it rose by 14% between Tuesday and Wednesday, state health officials said.

The state added 1,187 new cases and 34 new deaths, bringing the coronavirus case total to 6,424 and the death total to 273 people, the latest state data show.

Sixty percent of the dead were 70 or older.

The state's case and death tallies have doubled, or nearly so, since Saturday, and with more increases like those expected, Gov. John Bel Edwards has tried to brace the public for what may come.

"This is still going to get worse before it gets better," Edwards said in a news conference this week.

As a growing number of Louisiana parishes face a "disturbing" number of deaths from the new coronavirus, Gov. John Bel Edwards said Wednesday …

In the 12-parish Capital region, the number of cases also rose at a solid clip on Wednesday to 678 cases, up 12.5% since Tuesday and 77% since Saturday. Four more deaths were also recorded on Wednesday, up to 32, according to the state and local coroners.

But after adding 40 coronavirus cases on Tuesday, East Baton Rouge Parish added just 16 more cases on Wednesday for a total of 244.

Even though the parish has the most deaths by far in region at 15 — one possible lagging indicator of the virus's spread — the parish's growth in cases has recently fallen somewhat behind the region as a whole, rising 7% between Tuesday and Wednesday and 59% since Saturday.

DOTD chief back at work after overcoming coronavirus, 'Absolutely wonderful'

While he lost 15 pounds, Louisiana transportation chief Shawn Wilson is back at work after weathering a two-week ordeal with the coronavirus.

The daily drumbeat of case and death totals doesn't reflect an instantaneous measure of the virus's spread but the completion of a long pipeline of testing at drive-thru sites and medical facilities that can take days to weeks to have evaluated.

Medical experts have said the case totals can be a volatile measure of the virus with the figures so dependent on a number of variables.

“We can’t accurately know right now how many people have the coronavirus,” he said.

The city-parish's drive-thru site hosted at Baton Rouge General's Mid City campus has been using LabCorp, which is doing the work for free but has encountered slowdowns. The pace of completed tests at that site drew complaints from parish residents late last month.

Jamie Angelle, spokesman for Lafayette Consolidated Government, said tests submitted to LabCorp in his area have encountered delays of up to two weeks after the company's facility in North Carolina was swamped.

"They hit a big bottleneck," he said.

The consolidated government set up drive-thru testing at the Cajundome two weeks ago. LabCorp has since added capacity to try to catch up.

Baton Rouge General hospital also has been using LabCorp for outpatient testing and results there are taking up to week, a hospital spokeswoman said.

Tests with other commercial labs have come back in two to three days in Lafayette, Angelle added. State health officials said their lab is turning around tests in about the same time period, but commercial labs are handling far more tests.

Hymowitz said Baton Rouge city-parish officials have no idea how many tests are outstanding or queued up because the labs only report the results to the Louisiana Department of Health and the patient’s physician.

Kevin Litten, health department spokesman, said he couldn't provide data on pending tests. The department, however, has recently begun reporting the number of completed tests in each parish and that information, perhaps, hints at the backlog the officials have described.

As of Wednesday, results for 3,241 tests taken in East Baton Rouge Parish have been completed.

By comparison, Lafayette Parish had 4,150 tests completed, 30% more than in East Baton Rouge.

Caddo Parish, which contains the city of Shreveport, had 8,623 tests completed, more than double the total in East Baton Rouge and the highest in the state.

Statewide, 14% of the 45,776 tests completed through Wednesday had positive results, but the state's new parish-level data on completed tests doesn't offer the ability to determine similar percentages that might be suggestive of the rate of spread for individual parishes.

That means the completed test data in larger urban parishes with significant medical corridors that draw people from surrounding parishes — like East Baton Rouge, Caddo or Lafayette — could include tests of residents of many parishes.