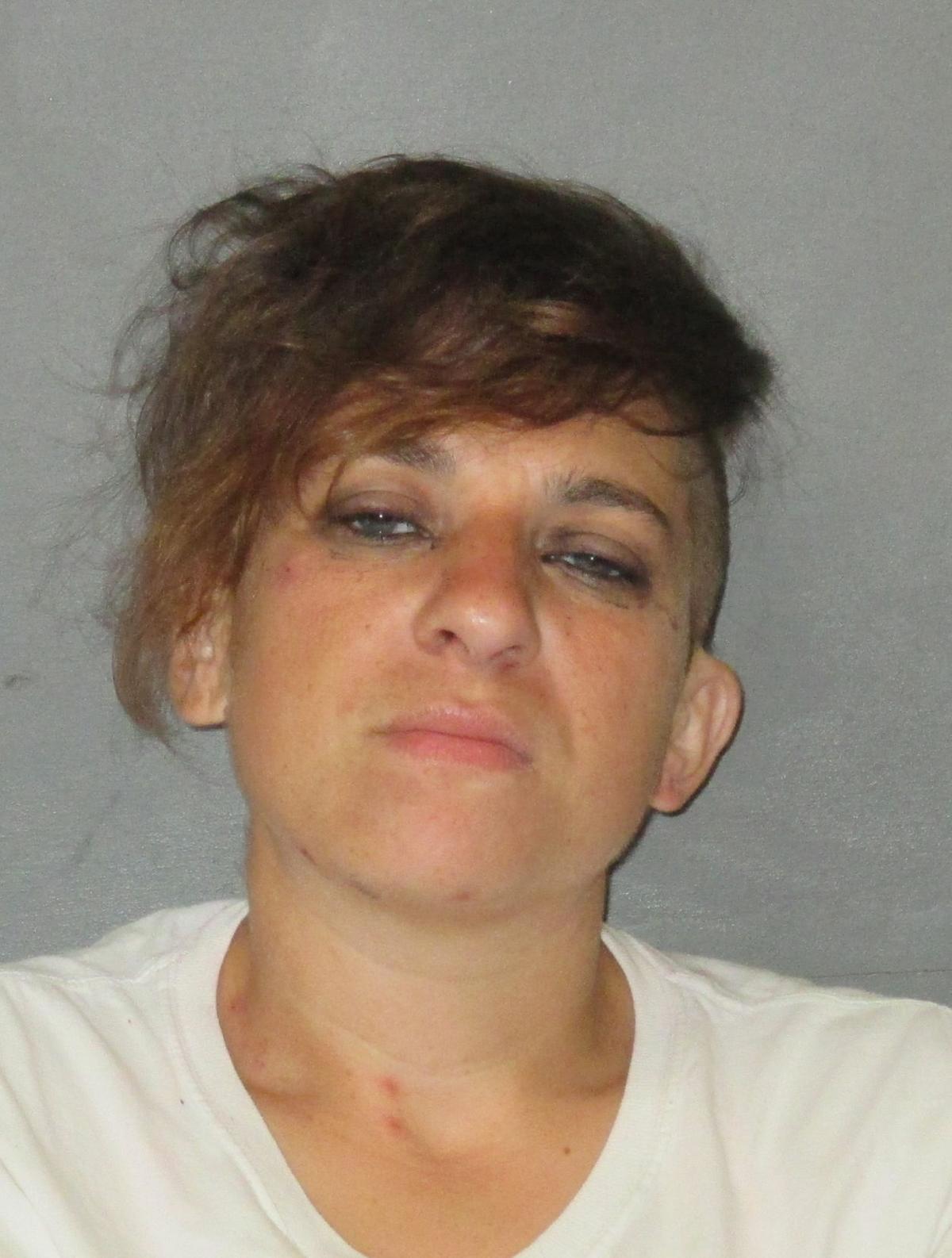 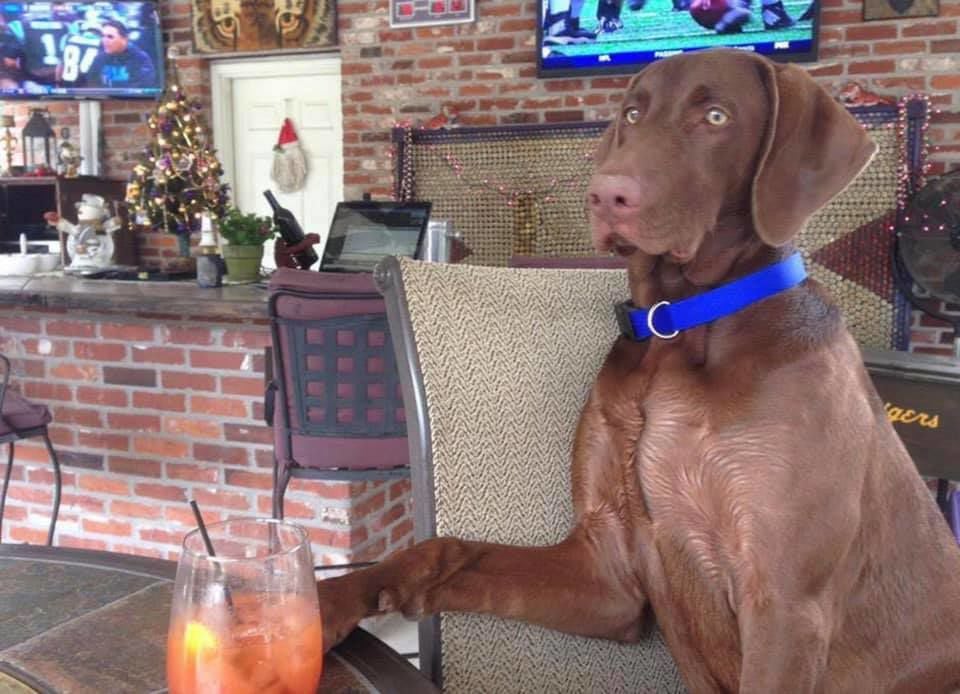 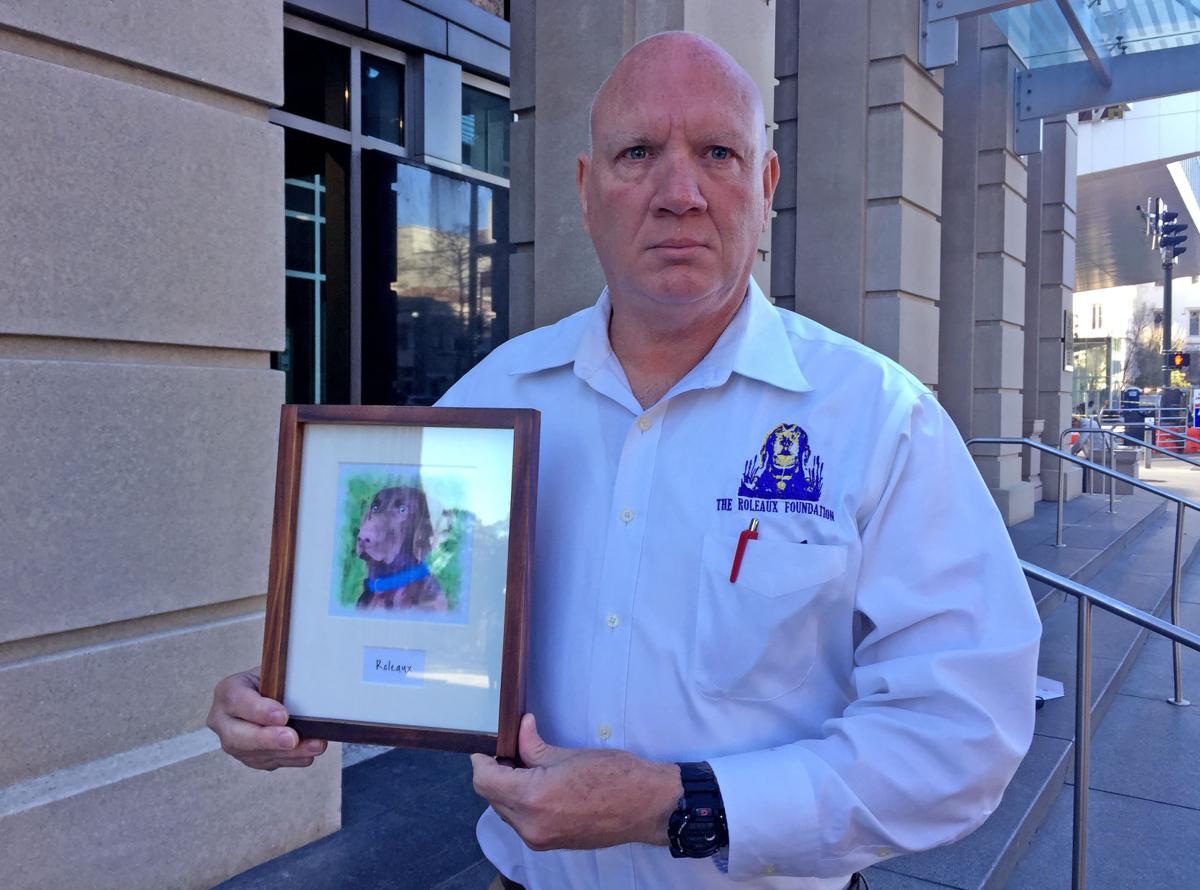 A homeless woman admitted her guilt Monday in a heartbreaking carjacking that severely injured a Baton Rouge man and took the life of his dog Roleaux last summer.

Aguillard will be sentenced June 26 by state District Judge Richard Anderson. She faces prison time of 2-20 years for carjacking, 1-10 years for animal cruelty and up to 15 years for the battery count.

Roleaux's owner, David Mohr, suffered several hip fractures and other injuries in the July 7 carjacking outside Pelican Donuts on Antioch Road. He was in the courtroom when Aguillard pleaded guilty.

Leslie Aguillard was in a Baton Rouge courtroom Thursday for a hearing on charges that she stole a truck last summer and abandoned it, leaving…

Roleaux, part Weimaraner and part Labrador, died of heat exhaustion after Aguillard abandoned the stolen truck with the 5-year-old canine locked inside and the windows rolled up.

“I just hope Roleaux is at peace,” he added.

Mohr had stopped by the Pelican Donuts on that Sunday morning to buy a hamburger for lunch. He left the 115-pound dog inside his idling truck with the air conditioning on. As he was waiting for his food, he noticed a woman rush out of the restaurant toward the truck.

Mohr tried to stop the carjacking, but, according to witnesses, the woman ran over Mohr and dragged him across the parking lot.

Aguillard’s attorney, Karl Ludwig, said Monday that she wanted to “accept responsibility for her actions.”

“She didn’t plan to hurt that man and kill that dog,” he said.

Aguillard admitted to detectives that she took the truck, fled and locked the dog inside before getting rid of the keys, an arrest warrant states. She directed officers to the truck, prosecutor Kathleen Barrios said.

Mohr spent 16 days in the hospital after the carjacking. He now owns another dog, a Labrador mix he renamed Roux.

Mohr formed the nonprofit Roleaux Foundation after his pet's death to help other animals.

The day after David Mohr found out the crushing news that his beloved dog Roleaux was found dead in the back seat of his stolen truck, he woke…