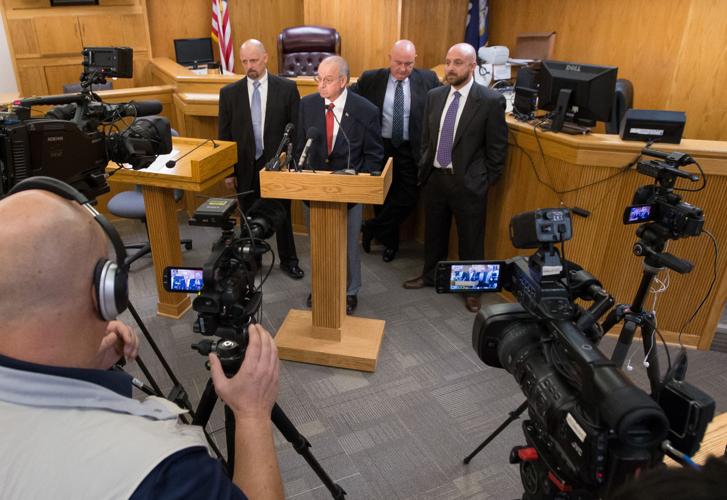 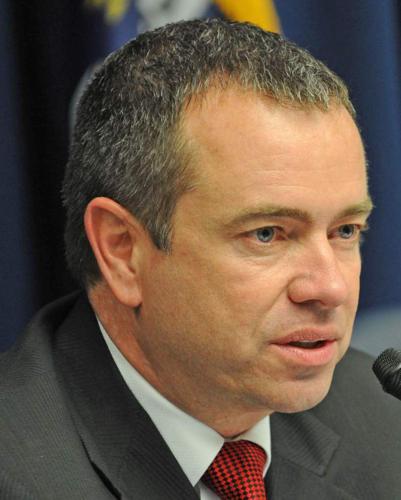 A legal advocacy group filed an ethics complaint this week against four Louisiana district attorneys over their practice of shifting thousands of traffic tickets into lucrative pre-trial diversion programs. It accused the prosecutors of leveraging their authority "into a money-making enterprise" for their offices.

The complaint, filed by the Southern Poverty Law Center, urges the state Board of Ethics to investigate the growing use of diversion programs around the state, and to force district attorneys to refund millions of dollars to delinquent motorists who paid diversion fees "to buy their way out of prosecution."

What once was considered an "opportunity for a second chance," the complaint claims, "has been transformed into a racket."

"The state deserves more from its elected district attorneys than this unethical scheme to generate profits," Micah West, a staff attorney for the law center, said in a news release. "Traffic-ticket diversion is nothing more than a money-making ploy that outrageously puts justice up for sale."

The complaint comes amid a growing debate in Louisiana over the propriety of pre-trial diversion, an alternative to prosecution that has expanded rapidly in some parishes as district attorneys seek to cope with the state's perennial budget crisis.

Diversion programs in some parishes have siphoned funding away from other criminal justice stakeholders, such as public defenders, who rely on money from regularly adjudicated traffic tickets to fund their offices.

A study underway by the Louisiana Judicial Council, a research arm of the Supreme Court, has asked every district attorney in the state to provide three years of data to show how often prosecutors are steering cases away from the courtroom and into pretrial diversion programs. The high court's chief justice, Bernette Johnson, has questioned the impact that diversion is having on courts' funding around the state.

While a wide array of offenders can be eligible for diversion, the ethics complaint focuses solely on the diversion of traffic tickets, saying that district attorneys across the state use "their charging authority as a cudgel to extract millions of dollars each year."

It alleges those district attorneys have violated a state ethics law forbidding "abuse of office." That statute states that "no public servant shall use the authority of his office or position, directly or indirectly, in a manner intended to compel or coerce any person or other public servant to provide himself, any other public servant, or other person with any thing of economic value."

The diversion programs typically allow motorists to have traffic tickets dismissed or downgraded to non-moving violations in exchange for making a payment to the District Attorney's Office.

The asking price in St. Charles and West Baton Rouge parishes is $175, a rate the Southern Poverty Law Center described as "nine times the amount that (the DA's Office) would receive in court costs if the motorist pleaded guilty or was found guilty following court prosecution." Those district attorneys would receive just $20 from a non-diverted traffic ticket, the complaint says, with other court costs being disbursed to other criminal justice entities that receive a cut of each adjudicated case.

Chaisson said the ethics complaint is "riddled with errors and falsehoods" regarding his office's finances. He said revenue from diverted tickets has barely covered the expenses of running the program some years, adding that surplus funds are not used to perform any other function of his office.

"It's very disconcerting that the Southern Poverty Law Center would file such a reckless and poorly researched complaint," Chaisson said in an interivew. "We don't profit from LACE," he added, referring to Local Area Compensated Enforcement, a controversial statewide initiative in which district attorneys pay off-duty police officers and state troopers to issue traffic citations.

Chaisson disputed the portrayal of the program's costs in the complaint, which accurately said his office received more than $1 million last year from traffic ticket diversion, or about half of his overall budget.

The complaint notes that his office spent just $30,000 on salaries, office expenses and advisory fees related to the program, but it relegates to a footnote the nearly $600,000 the office paid in overtime to the officers and troopers who wrote the tickets that generated the revenue.

The complaint alleges that those expenditures are "not a proper cost of diversion" because "the function of diversion is not to generate additional tickets for the purpose of revenue generation."

"We've got a speedway in this parish," Chaisson said, referring to Interstates 10 and 310. "This is about public safety."

DeRosier, for his part, dismissed the Southern Poverty Law Center as an "ultra-liberal organization" that has "nothing good to say about law enforcement." He said the traffic-ticket diversion program has improved highway safety in Lake Charles and even reduced the crime rate in areas where officers have worked extra-duty LACE details.

"The people who benefit the most from diversion are the clients of the Southern Poverty Law Center," DeRosier said. "I cannot deny the fact that it is a positive financial impact for district attorneys, as opposed to negative. But we put that money to good use, and it's a user-pay system."

Traffic-ticket diversion accounted for more than $4.3 million in revenue for the Calcasieu Parish District Attorney's Office in 2017, or more than half of DeRosier's $7 million budget. But he said more than $2 million of that income is used to cover the costs of the program, and that the remaining funds are used to pay for a host of special programs operated by his office, including a DWI court and a drug court.

"It's hard to say that none of it finds its way into the (office's) general fund," said DeRosier. "But all of these special programs are not only public services, they're dynamic public services."

The ethics complaint notes that Ward, the longtime DA in the 18th Judicial District, requested an attorney general's opinion in 1993 "about whether his office could charge fees for participating in a prosecutorial diversion program without creating the appearance that prosecutors are for sale."

The attorney general at the time, Richard Ieyoub, told Ward that any diversion fees "must be limited to the cost of administering diversion because the state's ethics laws prohibit him from using his charging authority to profit from diversion," according to the complaint.

"Ward disregarded the attorney general's clear guidance and has been flouting Louisiana's ethics law by leveraging his prosecutorial authority into a money-making enterprise," the complaint alleges. "Ward generates hundreds of thousands of dollars in traffic-ticket diversion fees each year, far in excess of the amount necessary to run his traffic-ticket diversion program."

Scott Stassi, the first assistant district attorney under Ward, denied that the office has done anything wrong.

"Pre-trial diversion is something that's been accepted in Louisiana for a long time," Stassi said. "We feel that this ethics complaint is just something filed out there to target a program that we think is working."

Evans, the DeSoto Parish district attorney, did not return calls seeking comment Tuesday. The Louisiana Legislative Auditor's Office has been investigating the diversion program in DeSoto Parish for months and is preparing to release a series of reports on its findings.

Traffic-ticket diversion contributed to a bitter falling-out between Evans and Rodney Arbuckle, the former DeSoto Parish sheriff, who said in a recent interview that he discontinued LACE details for a time after Evans refused to share any revenue with other criminal justice agencies that were legislatively mandated to receive some of the money from traffic tickets.

The investigations turned up evidence that some DeSoto deputies were bilking the LACE program for extra-duty hours they never worked. Four current and former State Police troopers were recently arrested on similar allegations of payroll fraud in other parishes.

"It's just been a mess," Arbuckle said.

If the state Ethics Board upholds a complaint filed by the Southern Poverty Law Center, the criminal justice system in Louisiana may be left b…