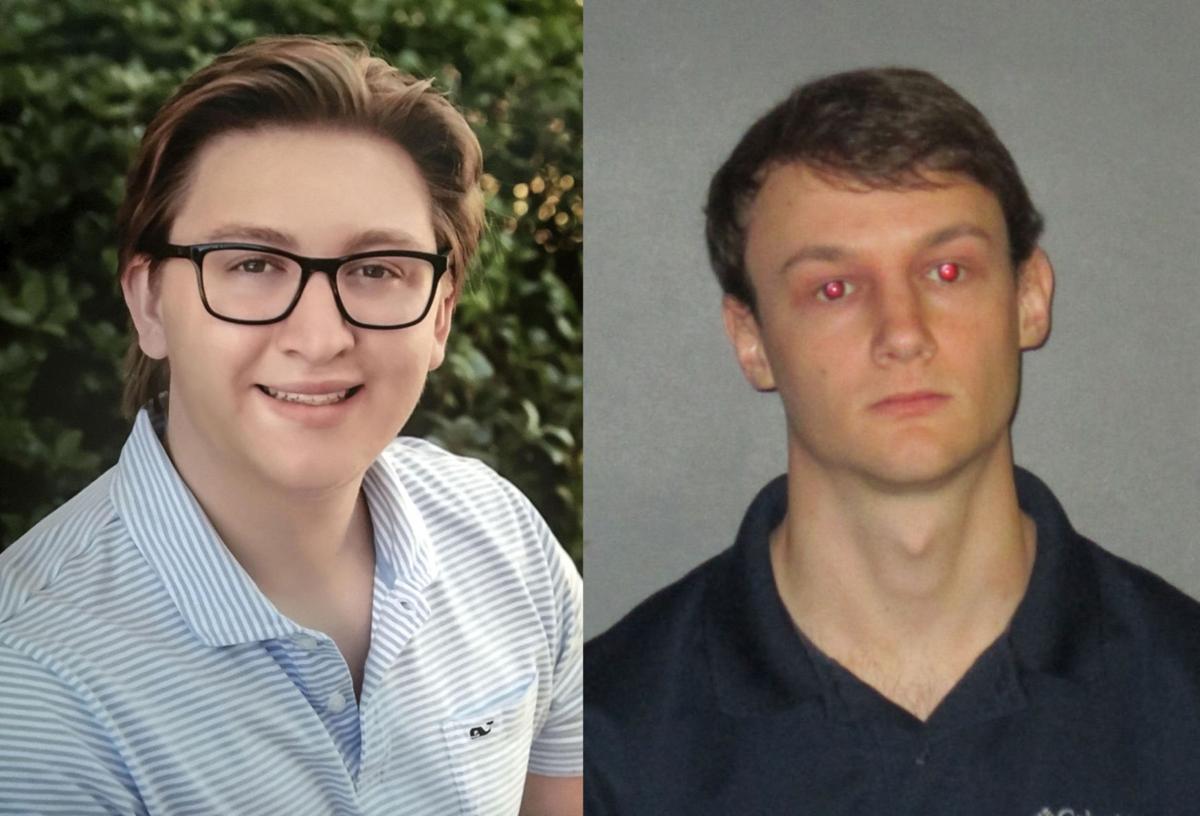 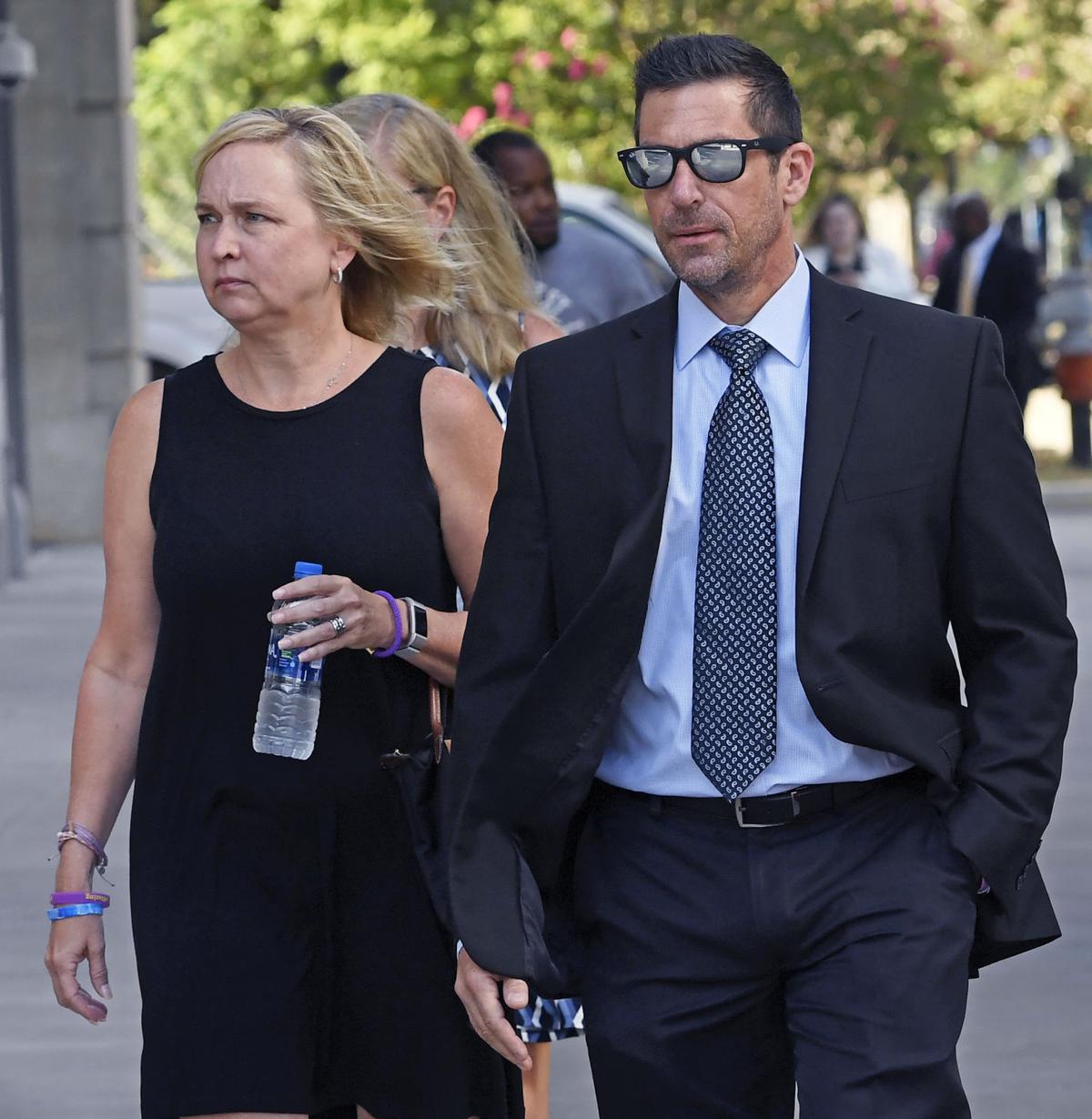 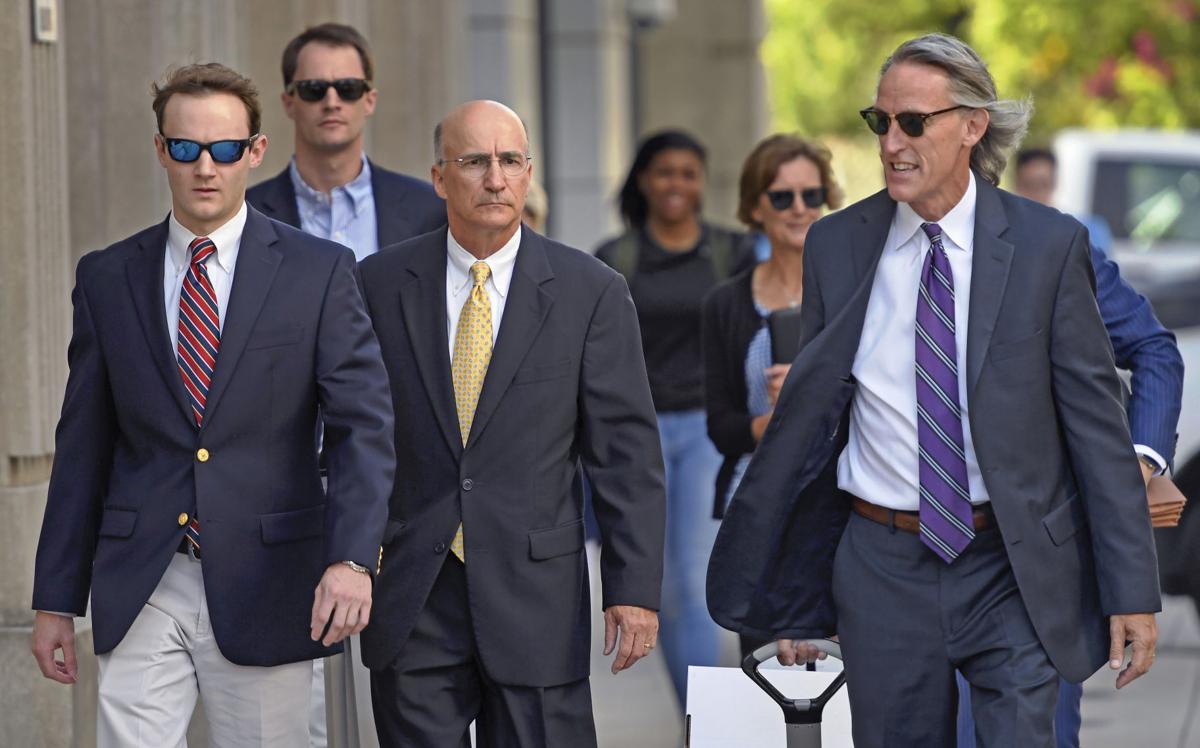 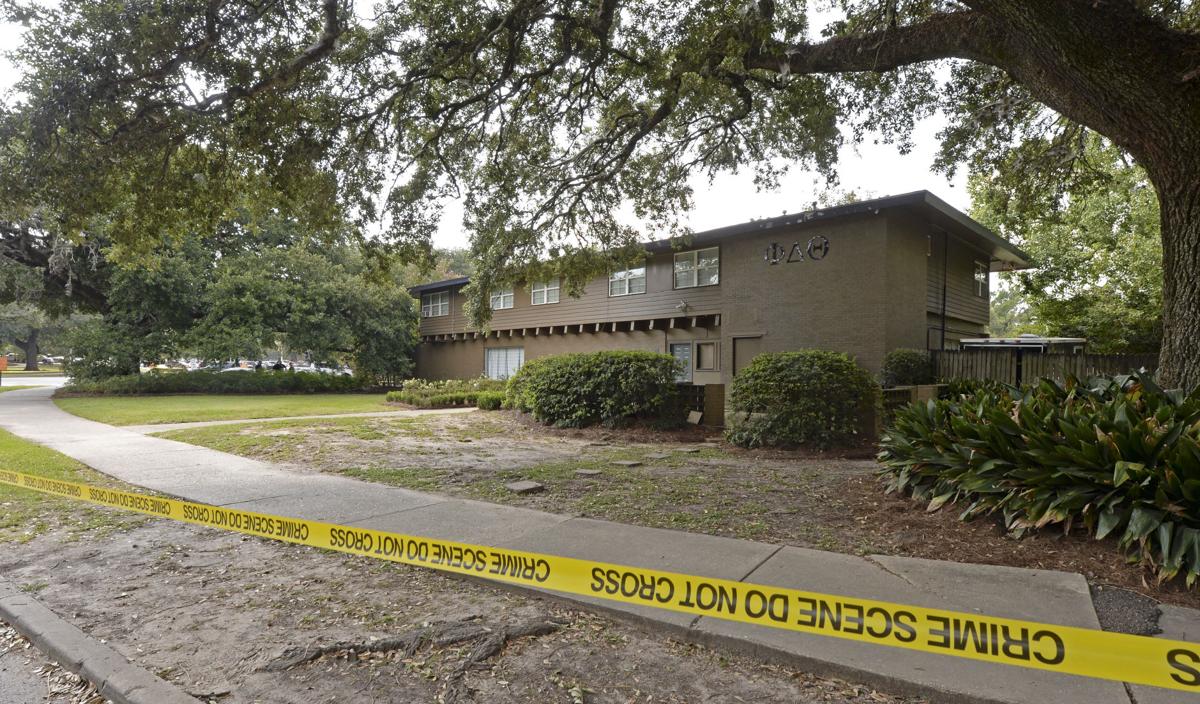 LSU Police are investigating an incident, Thursday, September 14, 2017, at an on campus fraternity house, Phi Delta Theta, after an individual was brought to the hospital overnight and later died.

LSU Police are investigating an incident, Thursday, September 14, 2017, at an on campus fraternity house, Phi Delta Theta, after an individual was brought to the hospital overnight and later died.

The former pledge educator for Phi Delta Theta's now-banned LSU chapter testified Monday he had asked Matthew Naquin just two days before 18-year-old Max Gruver died of alcohol poisoning to tone down his interaction with the pledges, but Naquin brushed him off.

LSU graduate Philip Clark said his conversation with Naquin came after a Sept. 11, 2017, fraternity meeting that had nothing to do with alcohol or Gruver, Clark said.

Naquin "just kind of blew me off. He said he would do whatever he wanted," Clark, of Nashville, Tennessee, testified at Naquin's negligent homicide trial.

Gruver, of Roswell, Georgia, died the morning of Sept. 14, 2017, after a hazing ritual the night before called “Bible study,” in which Phi Delta Theta pledges were required to chug 190-proof liquor if they gave wrong answers to questions about the fraternity.

Naquin, 21, of Fair Oaks Ranch, Texas, faces up to five years in prison if found guilty by the six-person jury. The trial entered its second week Monday.

Gruver's blood-alcohol level was 0.495%, which is more than six times the legal limit to drive in Louisiana. An autopsy also detected THC, the chemical found in marijuana, in his system.

Two former Phi Delta Theta members, Charles Anderson and Austin Hebert, both of Texas, testified they saw Gruver voluntarily chug clear liquid from a liquor bottle after the lights were turned back on and the ritual was officially over. Anderson said he doesn’t know if the liquid was alcohol or water. Hebert said Gruver picked the bottle up off the ground before drinking from it. He said Naquin was not near Gruver at the time.

Clark said he spoke with Naquin on Sept. 11, 2017, because he was concerned about Naquin's behavior, which included shooting pledges with plastic pellets from an airsoft pistol at a tailgating event and belittling pledges. Clark said he didn’t want to see the fraternity chapter kicked off campus.

"It only takes one kid to bring down the fraternity," he testified. "One bad apple can ruin everything."

Clark testified Naquin had stated at a fraternity meeting that he did not like Gruver. Naquin was the only Phi Delta Theta member who didn’t want Gruver in the fraternity, Clark said.

LSU student Arthur Chassaignac, who was a Phi Delta Theta member when Gruver died, testified Monday he saw several members, including Naquin and Gott, with bottles of 190-proof alcohol in their hands during the ill-fated hazing ritual.

Chassaignac, who said he thought having such strong alcohol at the ritual was a “terrible idea,” testified he later emptied several of the liquor bottles and put water in them for the safety of the pledges, but didn’t tell Naquin he had done so because he did not want to anger him.

LSU student Lee Ingram, who pledged Phi Delta Theta with Gruver, said at one point that night he encouraged Gruver — who was standing next to him — to fake drink.

"I don't think he did," said Ingram, of Baltimore, Maryland.

"He was pretty f***** up. He was pretty messed up," Ingram said, adding that Gruver liked to party and have fun.

At one point during the hazing, Ingram said, he handed water to Gruver.

Ingram said Naquin, Gott and Isto told pledges to drink alcohol at the Bible study, but Gruver was asked to drink the most — perhaps 10 to 12 times.

Naquin, Ingram said, "seemed to have an agenda."

"Naquin was definitely the one hazing the hardest that night," Ingram testified.

LSU graduate Carter Brown, of Shreveport, testified he was one of Naquin’s pledge brothers and said he was concerned for the fall 2017 pledges when he learned that Gott, Forde and Naquin would be there. He said Gott and Forde had previously hazed him. Brown said he also gave pledges water the night Gruver died.

Ingram said Gruver was “really drunk” after the Bible study had ended.

“I had never seen anybody that drunk before,” he said.