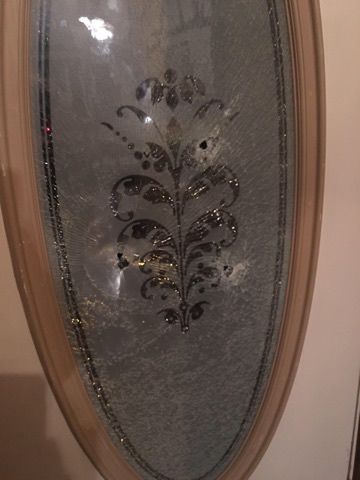 A woman who says she saw a 59-year-old homeless man shot and killed during what prosecutors called a "four-day streak of terror" in 2017 spoke through tears Friday while describing the violent assault on Florida Street near North Acadian Thruway.

Bruce Cofield was shot dead near a city bus stop. The government says his death occurred just days after Kenneth Gleason shot into the home of a Black family that lived near him, and just before the fatal shooting of a Louie's restaurant employee walking to work.

Gleason is on trial on a first-degree murder charge in the death of Donald Smart, 49, who died while walking just north of the LSU campus. His trial opened Monday, and shifted into opening statements and witness testimony Thursday. Court will remain in session for a half-day Saturday.

While the trial centers on Smart’s death, prosecutors will be able to present evidence in the other shootings, which they say showed a pattern. Gleason allegedly shot into a home on Sandy Ridge Drive on Sept. 11, 2017, just days before Cofield died.

Darlene Gotch was among the several people who saw Cofield’s death, and on Friday she testified about hearing gunshots and later hearing him scream as he rolled onto the corner. She told jurors she then saw a White man get out of a car, stand over Cofield and fire several bullets.

“We all knew him,” she said, speaking through tears. ”He rode the bus a lot.”

In a departure from Gotch's and other witnesses' testimonies, Jaques Landry, who had owned the salon Posh Chic in a nearby strip mall, described the shooter as being larger than Gleason.

“It wasn’t him,” he said, pointing to Gleason at the defense table after being asked to describe the gunman.

Prosecutors claim Landry also told law enforcement that Gleason’s arrest was part of a “police conspiracy,” though Landry denied ever saying that when he spoke to detectives shortly after the shooting.

Family members have yet to speak or testify at the trial. On Friday, Cofield's son took the stand, but was not questioned by prosecutors or Gleason's defense lawyers. Instead, he presented a photo of his father, which was circulated among jurors.

Prosecutors plan to also lean heavily on DNA records and “incriminating” activity on Gleason’s phone that showed him searching for information about the shootings before his arrest. But they have yet to present any of that material at trial.

Gleason, 27, is White, and all of the victims are Black. While he is not charged with a hate crime, prosecutors have said they would introduce cellphone records they say show "repeated references" to Adolf Hitler and ethnic cleansing. The Associated Press reported around the time of Gleason's arrest that police found a copy of a Hitler speech at Gleason's home.

The judge has barred prosecutors from telling jurors about a swastika drawing found in Gleason's jail cell because that information wasn't disclosed to the defense team in a timely manner.

If convicted, Gleason faces life behind bars. Prosecutors dropped the death penalty as an option after speaking to Smart's family.

Friday’s testimony focused mainly on law enforcement testimony about the first two shootings, near Gleason's home and on Florida Street. Still to come are accounts from witnesses who said they saw Smart's shooting near the Alaska Street BREC park north of campus.

In the trial of a White man accused of targeting and fatally shooting two Black men in a streak of fall 2017 shootings, prosecutors on Saturda…