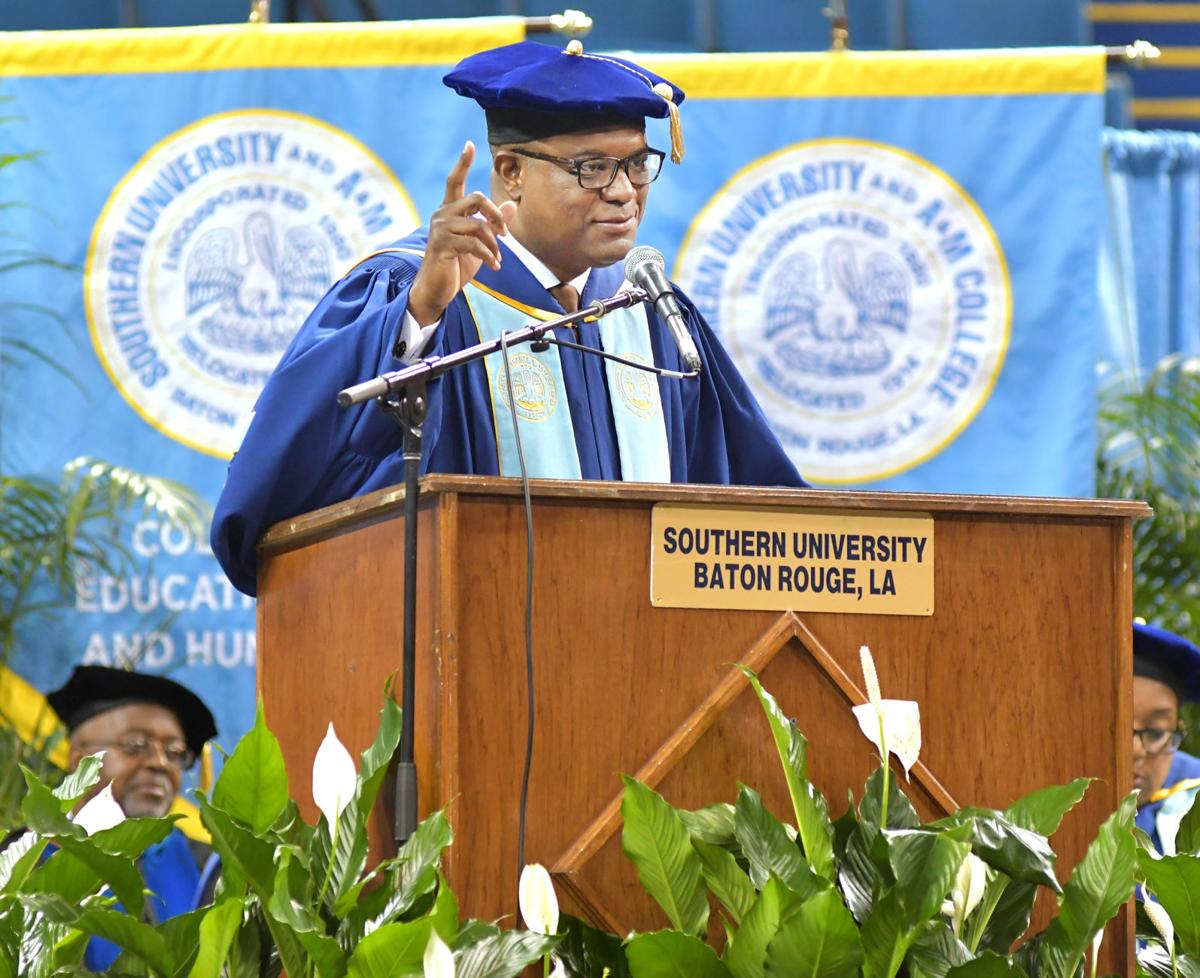 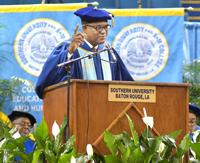 Attorney Domoine D. Rutledge, Southern University Board of Supervisors chairman, makes a point to the university's graduates while serving as speaker during summer commencment on Aug. 2, 2019, at the F.G. Clark Activity Center.

Attorney Domoine D. Rutledge, Southern University Board of Supervisors chairman, makes a point to the university's graduates while serving as speaker during summer commencment on Aug. 2, 2019, at the F.G. Clark Activity Center.

Four deaf students from Saudi Arabia are suing Southern University, claiming the school's failure to consistently provide a sign language interpreter in their classes at the Baton Rouge campus violates federal law and jeopardizes their education.

The suit, filed in Baton Rouge federal court, asks the court to order Southern to develop, implement and comply with policies and procedures designed to prevent future discrimination against the students and other similarly situated individuals.

They first enrolled at Southern last fall and, prior to attending classes, met with the school's Office of Disability Services to request the necessary auxiliary aids and services in the form of American Sign Language interpreters.

The suit describes the attendance of interpreters as sporadic and says they would not attend classes "for weeks at a time."

The students' attorney, Dominick "Rusty" Bianca, said in an interview Wednesday that their grades "definitely suffered" during the 2018-19 school year because of Southern's failure to comply with the federal Americans with Disabilities Act and other federal laws.

Bianca said the students are having the same problem this semester.

Patricia Hebert, coordinator of Southern's Office of Disability Services, sent the students an email Tuesday stating that ODS "has been informed that Deaf Focus will begin interpreting services for you on tomorrow, 09/11/2019."

"Please be present for your classes," the email, provided to The Advocate by Bianca, concludes.

In an earlier email sent to the students on Sept. 3, Hebert said ODS had received their communications regarding the lack of interpreter services for their classes this fall semester and was awaiting direction from the university administration.

"This office is aware of the impact, of not having interpreters, on your understanding and being successful in your classes," she wrote.

The students' lawsuit says they are "unable to meaningfully engage in the educational services provided at Southern University" without interpreters.

Bianca said the federal suit should place the Southern Board of Supervisors on notice that providing the necessary accommodations to the four students "is as equally important as providing handicap ramps and wheelchair access to students traversing the SU campus in wheelchairs."

"I am often asked why the deaf individual cannot simply bring their own interpreter to class, medical appointments, or to court, and my standard response is: "If a student, patient, or client is in a wheelchair and shows up, do you tell them they have to bring their own handicap ramp?'" he said.