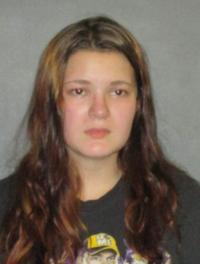 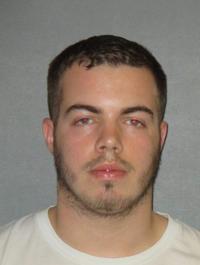 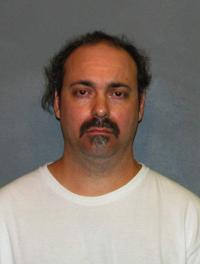 A Walker woman claims she never would have pleaded guilty to manslaughter in the 2015 vigilante-style killing of her convicted molester had she known a judge would sentence her in 2018 to 35 years in prison — five years shy of the maximum.

Calling her prison term "a lifetime," 22-year-old Brittany Monk says she instead would have rolled the dice and gone to trial on a second-degree murder charge, which could have subjected her to a life sentence but also the chance at parole after serving 25 years because she was only 17 when the crime occurred.

A week after affirming her boyfriend's second-degree murder conviction and life sentence, the state Supreme court has upheld a Walker woman's …

Monk is asking state District Judge Fred Crifasi, who now presides over the section of criminal court that Marabella formerly presided over, to throw out her sentence and conduct an evidentiary hearing "to discuss a downward departure."

"Her entire life has been a prison of sorts," Monk writes in the petition, which she filed on her own behalf and in which, referring to herself in the third person, she describes her life as one of torture and pain. "She deserves a bit of freedom while she is young enough to enjoy it," Monk writes.

In the alternative, she is requesting a jury trial.

District Attorney Hillar Moore III said Friday he maintains full confidence in Monk's conviction and sentence. He said his office will respond to Monk's court filing when served with it.

"Monk entered her manslaughter plea with no indication whatsoever from the court or the state as to the possible sentence," Moore said. "The judge considered all of the appropriate circumstances and fashioned a reasonable sentence."

Monk was not only 17 but also seven months pregnant with Jace Crehan's child when the pair broke into Robert Noce Jr.'s Zachary trailer the night of July 4, 2015, and killed him. Noce, 47, was strangled, stabbed and stuffed inside a 55-gallon container.

A Walker woman testified calmly but in chilling detail Tuesday how she and her boyfriend, Jace Crehan, broke into the Zachary trailer of her c…

Crehan admitted to detectives that he choked and stabbed Noce after dragging the sleeping man from his bed. Crehan said the knife he used was retrieved from Noce’s kitchen by Monk, at Crehan’s direction.

Monk testified she sprayed Noce in the face with a man’s body spray while Crehan wrestled with him. She denied stabbing Noce but admitted punching him 10 to 15 times while Crehan held him down.

At the sentencing of Crehan and Monk, Marabella called the slaying a "diabolical act" and "vigilante justice."

Noce was a former boyfriend of Monk's mother and raised Monk for about 10 years after her mother abandoned her. Monk repeatedly refers to Noce as "her Daddy" in her post-conviction relief petition. She says she did not learn until much later in life that Noce was not her biological father.

Noce denied abusing Monk but pleaded no contest — 13 days before his death — to carnal knowledge of a juvenile involving Monk when she was a child. He was put on probation. A no contest plea carries the same weight as a guilty plea in criminal court but cannot be used in a civil proceeding.

Monk admitted that neither she nor Crehan had any contact with Noce from his 2012 arrest until his death in 2015 and that Noce posed no threat to them, Marabella has said. Monk also testified at Crehan’s trial that Crehan was not upset by the resolution of Noce’s case.

Crehan, 26, of Walker, was convicted of second-degree murder by a non-unanimous East Baton Rouge Parish jury in 2017. Marabella sentenced him to a mandatory term of life behind bars.

The U.S. Supreme Court, which outlawed split jury verdicts in April, has sent Crehan's case back to the 1st Circuit. The move could lead to a new trial for Crehan.

In Monk's case, the 1st Circuit and the Louisiana Supreme Court have previously affirmed her sentence. She claimed the 35-year prison term for manslaughter is excessive. The 1st Circuit said the facts of the case would have supported a second-degree murder conviction.

Monk contends in her latest court filing that she could be acquitted if tried for second-degree murder.

"There is great probability that at a minimum one juror would have found the Petitioner not guilty of second-degree murder had she gone to trial with expert testimony," she claims.

In terms of expert testimony, Monk faults her attorneys for not investigating pedophilia or battered child syndrome and presenting expert testimony on the profound effect of sexual, physical and mental abuse on its victims.

"There is a great probability that Defense Counsel would not have agreed to have their client accept a guilty plea had they known that expert testimony would have lent credibility to mitigating factors relevant to her culpability in the crime," she writes.

Moore, the district attorney, said Monk's attorneys worked tirelessly on the case from start to finish.

Those attorneys, Lindsay Blouin and Joshua Newville, released a statement Friday backing Monk and saying her 35-year sentence is "grossly disproportionate to the law in Louisiana, the fact that she didn't kill her rapist, and her level of cooperation in testifying for the State against the man who did."

Blouin and Newville, who no longer represent Monk, say she pleaded guilty and agreed to testify against Crehan for two reasons: "to demonstrate her willingness to take responsibility for what happened that July night and most importantly, to be able to have a chance at raising her infant son born while she was in jail."

"With Brittany's current unconstitutional sentence that will not happen," they said.

Monk also had choice words for the District Attorney's Office in terms of its handling of the Noce sex-crime prosecution.

"Revenge does not justify murder. However, due process means fairness. Robert Noce tore apart a little girl's soul and was allowed to plead down to a ten year suspended sentence. Brittany, on the other hand, was victimized even more by the very people who were supposed to protect her innocence and her rights as his victim. The State had a duty to protect, and failed," she alleges.

"Thirty-five years is a lifetime. The Court failed to give adequate consideration to Petitioner's youth at the time of the offense, as well as her youth in conjunction with, and how it relates to, the fact that she was victimized herself for years by the decedent-victim as an even younger child," she states.

Marabella said Thursday it would not be appropriate for him, as the judge who presided over her case, to comment on her petition.

Monk concludes her post-conviction relief petition by saying she has become an exemplary inmate and a "model offender who has set a standard of excellence warranting a second look from the Court." She says she has a full-time job providing recreation assistance to elderly and infirm offenders housed at the prison's infirmary.

Monk also said she's making every attempt to be an "active, meaningful part" of her little boy's formative years, and is enrolled through a prison program at Tulane University, pursuing a degree in social sciences.