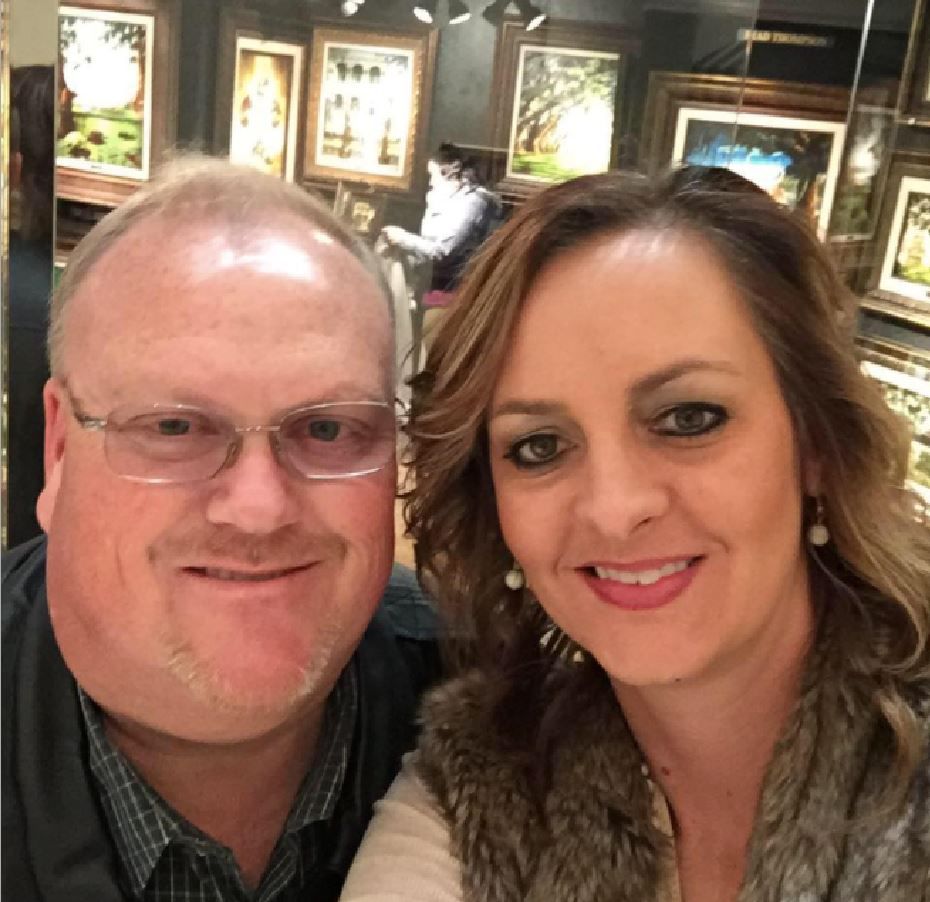 Now divorced, Nate and Tonia Cain each face 18 federal fraud counts. Tonia Cain, who has reverted to her maiden name of Tonia Bandy, intends to plead guilty in the case, court records indicate. 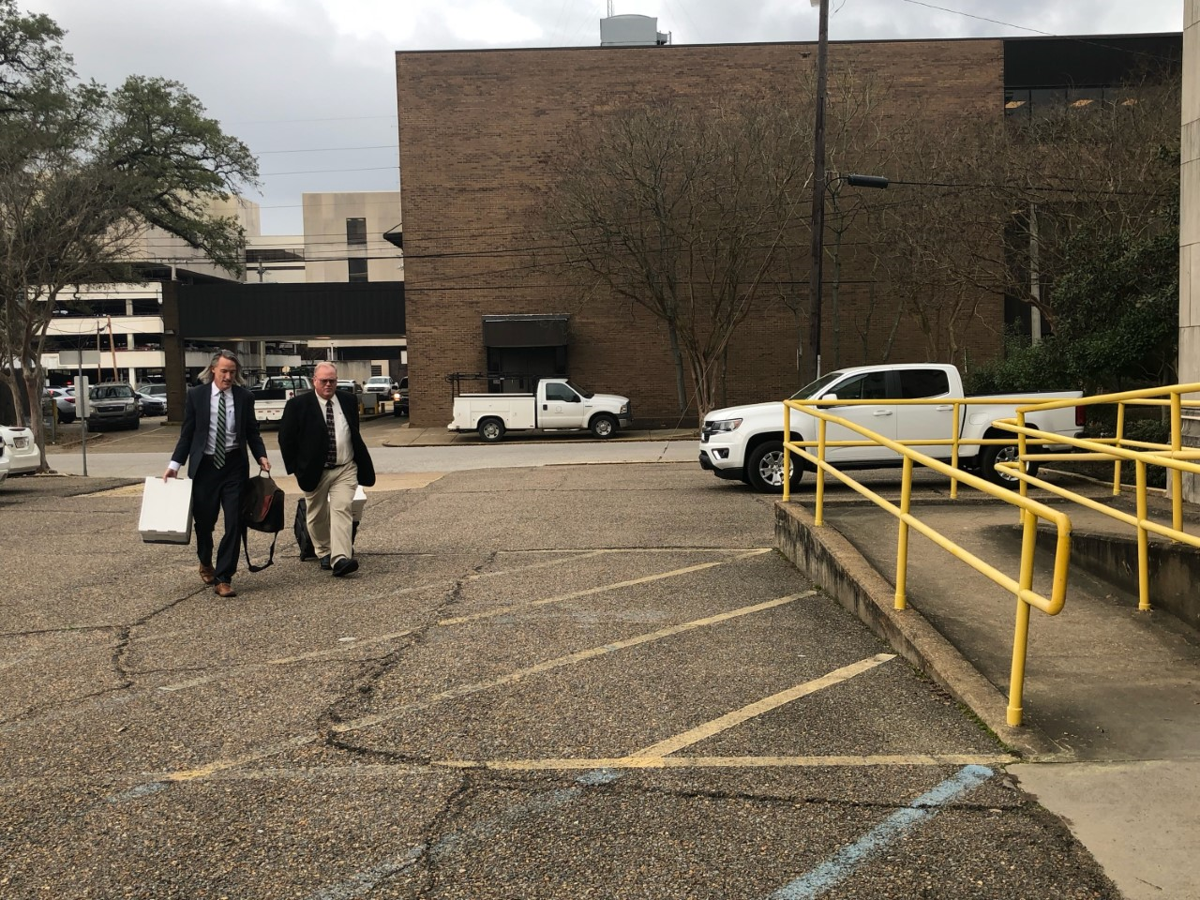 Now divorced, Nate and Tonia Cain each face 18 federal fraud counts. Tonia Cain, who has reverted to her maiden name of Tonia Bandy, intends to plead guilty in the case, court records indicate.

The former warden of a Louisiana state prison in Cottonport and his ex-wife, who served as the prison's business manager, were sentenced Monday to federal prison for their role in an extensive scheme during which the couple made personal purchases with public funds.

Nate Cain, the former warden of Avoyelles Correctional Center, now Raymond Laborde Correctional Center, was sentenced to three years and two months for each of the two counts of federal wire fraud that he pleaded guilty to in March. Cain entered the guilty plea in the middle of the third day of his trial, which had been dominated by damaging testimony from his former employees and investigators about his misuse of state credit cards. Cain initially faced 17 counts of wire fraud and one count of conspiracy to commit wire fraud. He pleaded guilty to two counts of wire fraud related to gun purchases made with public funds for his personal use.

He will serve the time on the two charges at the same time.

Tonia Bandy, his ex-wife, was sentenced to eight months in federal prison for one count of conspiracy to commit wire fraud. Bandy had entered a guilty plea months before Cain's trial and had been set to testify against him just before he entered his guilty plea. She had also been charged with 17 counts of wire fraud and the one conspiracy charge.

U.S. District Court Judge Dee D. Drell, of the Western District of Louisiana, ordered that both Bandy and Cain surrender to federal authorities by July 22, and following their release they will remain under federal supervision for two years. Drell also ordered the pair to pay more than $42,000 in restitution to the state.

Prosecutors had argued Cain and Bandy had spent as much as $150,000 of prison money for personal purchases — from flat screen TVs, Yeti coolers and gun parts to toilet paper and Christmas decorations, as well as construction supplies used to build a new home on prison property — while shielding the fraudulent transactions from state oversight.

“This prosecution and sentence of imprisonment should send a clear message: corruption by our public servants will be investigated and prosecuted to the fullest extent of the law," U.S. Attorney David Joseph, for Louisiana's western district, wrote in a statement Monday.

Cain is the eldest son of legendary jailer Burl Cain, who himself was forced to step down from his longtime perch running the Louisiana State Penitentiary at Angola in late 2015 amid allegations of nepotism. Soon after that — yet before Nate Cain and Bandy were criminally charged — the couple also resigned from their posts, as they had became central to separate investigations into the couple's spending and other misconduct at the prison in Avoyelles Parish.

Nate Cain then cited his poor health and Bandy said she planned to care for him. The two divorced shortly after.

Though Bandy never testified against Nate Cain at his trial in March, prosecutors called her to the stand Monday morning during sentencing, according to a report from KALB-TV.

"He told me to purchase for the prison and extra for the house so we could justify it," Bandy said, according to the TV station's report.

Bandy later addressed the courtroom, apologizing for her wrongdoing in the case. Cain later followed suit, saying he was a failure before God. He also addressed his ex-wife and her testimony Monday.

"I love that woman more than anything in the world," Cain said, according to KALB. "The worst thing I've ever experienced in my life was having Tonia come in here and do that to me."

But the closure of the federal case does not mark the end of legal troubles for the pair, as each still face separate, and unrelated, criminal charges in state court. Avoyelles Parish District Attorney Charles Riddle II said Monday he now plans to move forward with those pending criminal cases.

Nate Cain was indicted in February 2018 on obstruction of justice, after a 2016 investigation by state corrections officials found the former warden undermined a probe into a rape allegation at the Cottonport prison. The allegations involved a sexual relationship between an inmate and a corrections officer at the facility which under federal law is considered rape even when both parties consent.

A year later, in January 2017, Bandy was charged with theft of $25,000 or more, malfeasance in office and injuring public records following a Legislative Auditor report that found Bandy was to blame for $30,000 of missing state funds which were supposed to support five clubs to help rehabilitate inmates.

Riddle said Monday he plans to reach out to Nate Cain's and Bandy's attorneys to determine how to move forward in those cases, with hopes of reaching plea agreements before the pair report to prison in July. But he noted with Nate Cain in prison for a "long time," they have some time to address the cases.

Our Views: Have taxpayers been cheated by a culture of corruption at the Department of Corrections?

Now that he’s admitted to stealing taxpayer money for his personal use, former Louisiana warden Nate Cain seems likely to spend some time on t…