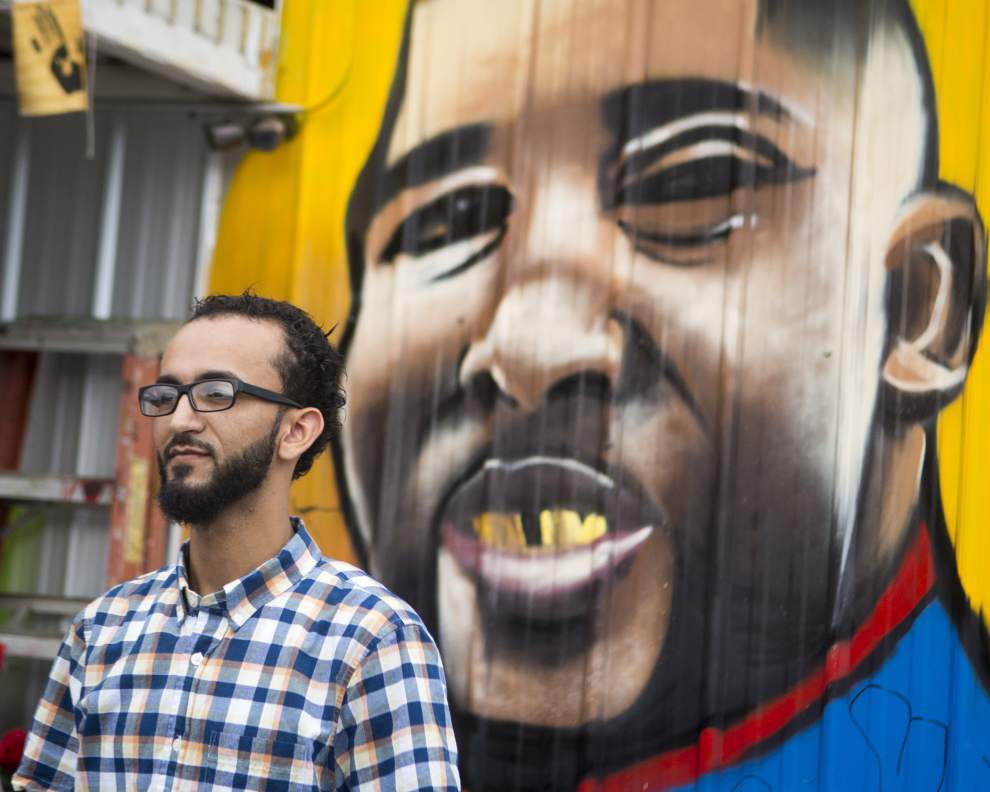 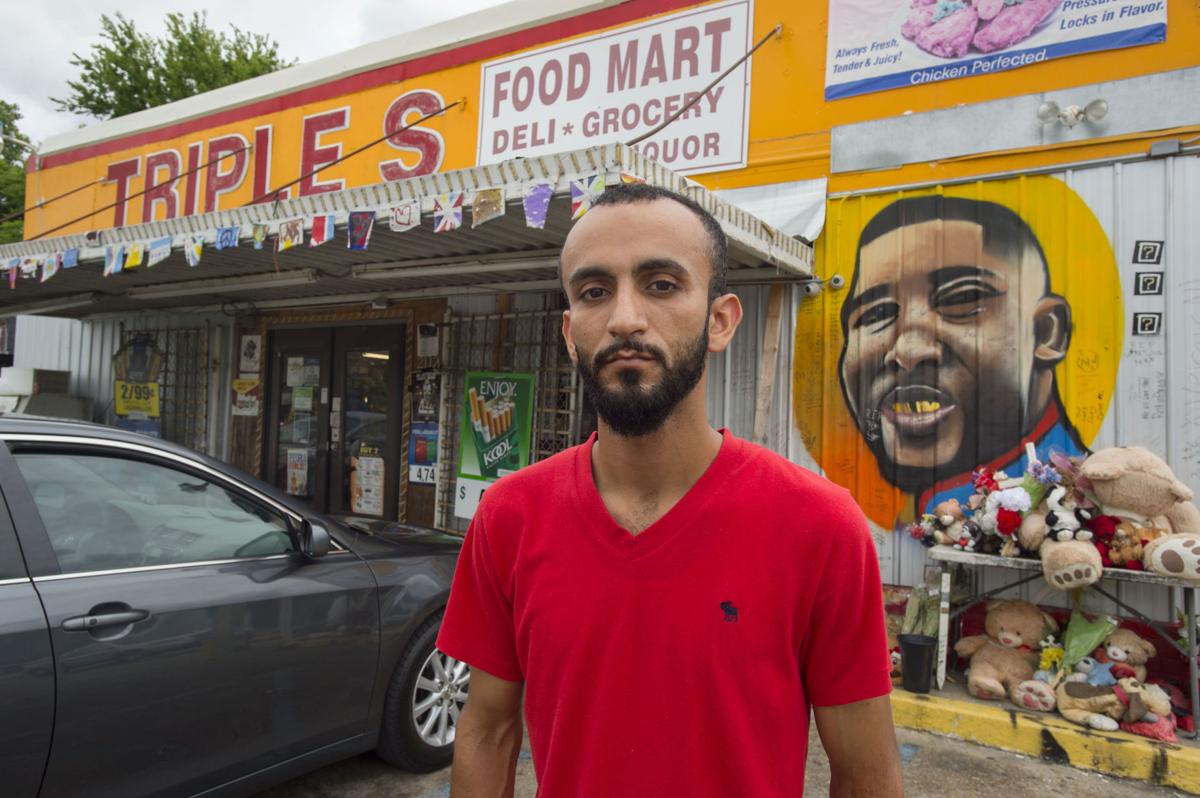 Triple S store owner Abdullah Muflahi, who witnessed all but the beginning of the incident that culminated with the fatal shooting of Alton Sterling outside the store by Baton Rouge Police on July 5, 2016. He's photographed outside the Triple S on June 28, 2017. Muflahi used his cellphone to capture graphic video of the shooting, and also has said in multiple interviews with The Advocate that Sterling repeatedly asked the officers what they wanted.

Triple S store owner Abdullah Muflahi, who witnessed all but the beginning of the incident that culminated with the fatal shooting of Alton Sterling outside the store by Baton Rouge Police on July 5, 2016. He's photographed outside the Triple S on June 28, 2017. Muflahi used his cellphone to capture graphic video of the shooting, and also has said in multiple interviews with The Advocate that Sterling repeatedly asked the officers what they wanted.

The owner of a Baton Rouge convenience store where police fatally shot Alton Sterling in 2016 is asking a judge to rule that officers violated his rights when they seized the store's security system and detained him for six hours.

Muflahi is seeking an unspecified amount of damages.

The city filed an answer to the lawsuit in January 2017, but the case remained largely dormant until last week, when Muflahi's attorneys filed a motion for summary judgment. They are asking state District Judge William Morvant to rule in their client's favor.

The filing of the motion comes several months after Sterling's children accepted a $4.5 million settlement from the city-parish. That ended a legal battle that festered in the wake of the Black man's death at the hands of White officers.

The children of Alton Sterling, a Black man fatally shot by a white Baton Rouge police officer five years ago, have accepted a $4.5 million se…

Muflahi's lawyers, Stephen Irving and Joel Porter, contend in their summary judgment motion that Muflahi's detention "was illegal, unlawful and a violation of his civil and constitutional rights."

The attorneys say Muflahi was locked in the back of a police car for four hours outside his store, then detained for two more hours at State Police headquarters, where he was questioned.

"There was never any probable cause to arrest or to suspect that Plaintiff Muflahi had violated any laws, neither was there a warrant issued for his arrest," Irving and Porter argue.

During his detention, Muflahi was not allowed to use the bathroom in private but was escorted to the side of the store to urinate “right there within arm distance of a BRPD officer and in full view of the public,” his lawsuit alleges.

"Plaintiff Muflahi had a bathroom available in his store. The store itself was not a crime scene. Other than the fact that Baton Rouge Police had shot a person in the parking lot. There was no reason for the lack of respect shown to Plaintiff Muflahi," his lawyers argue in the motion filed last week.

"Even if plaintiff Muflahi could lawfully be held, he was still entitled to basic human needs,'' the lawyers added.

They also claim the officers violated Muflahi's rights by seizing his store's entire security system, including the video surveillance.

Parish Attorney Andy Dotson said Monday the city-parish could not comment on the pending litigation.

Irving issued a statement Monday saying, "I have trouble believing a white store owner would receive the same treatment."

In their 2017 court-filed answer to the lawsuit, city-parish lawyers said the food mart was a potential crime scene; people at the scene were potential witnesses or perpetrators; and officers were unaware of Muflahi's status.

Baton Rouge, its police chief and several officers are rebutting allegations that the owner of a North Foster Drive convenience store where po…

Officers "had a right to detain Mr. Muflahi for a reasonable time, dictated by the circumstances, to enable them to conduct a preliminary investigation," the city-parish attorneys wrote.

They claimed the conduct of the officers was "proper and reasonable," and the initial investigation was conducted "promptly and with all due deliberate speed."

Muflahi alleged in his lawsuit that police also commandeered his cellphone in the aftermath of the fatal shooting of Sterling, who Muflahi allowed to sell CDs and DVDs outside his shop for several years.

A day after the shooting, Muflahi released cellphone video he said he took of the shooting. Porter has said the phone was returned to Muflahi after questioning.

Porter said previously that the officers never provided Muflahi with a copy of the search warrant for the store’s surveillance video.

The lawsuit's defendants include Blane Salamoni, the officer who shot Sterling six times during a brief struggle, and Howie Lake II, the other officer involved in the altercation.

Salamoni was fired but later allowed to resign. Lake was suspended for three days. Both men are White.

They had responded to a complaint that a man matching Sterling's description was selling CDs outside the store and had threatened someone with a gun. A loaded handgun was found in Sterling's pocket.

Alton Sterling hustled all his life, trying to scrape together enough money in $5 increments by selling copies of movies, albums and games.