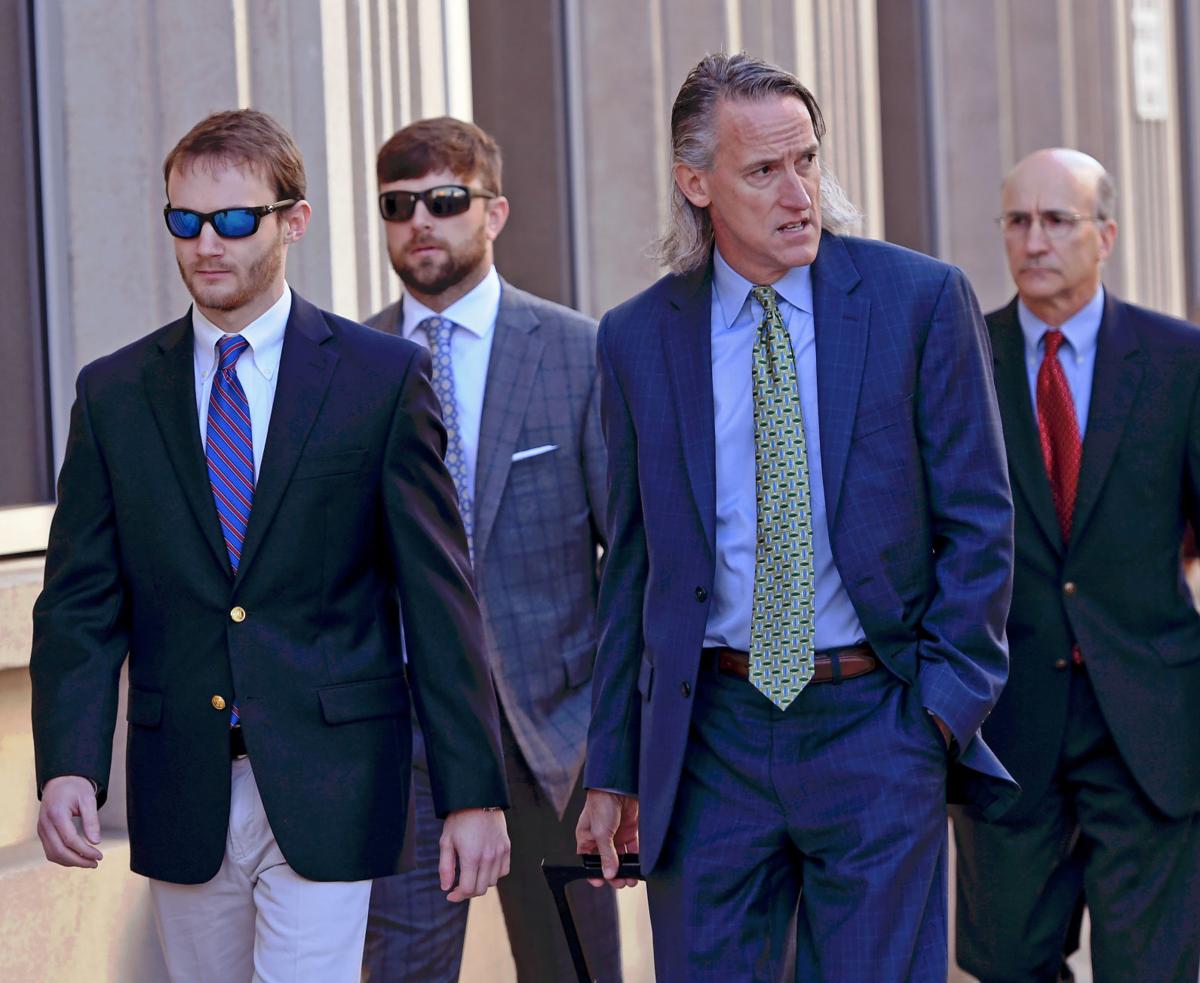 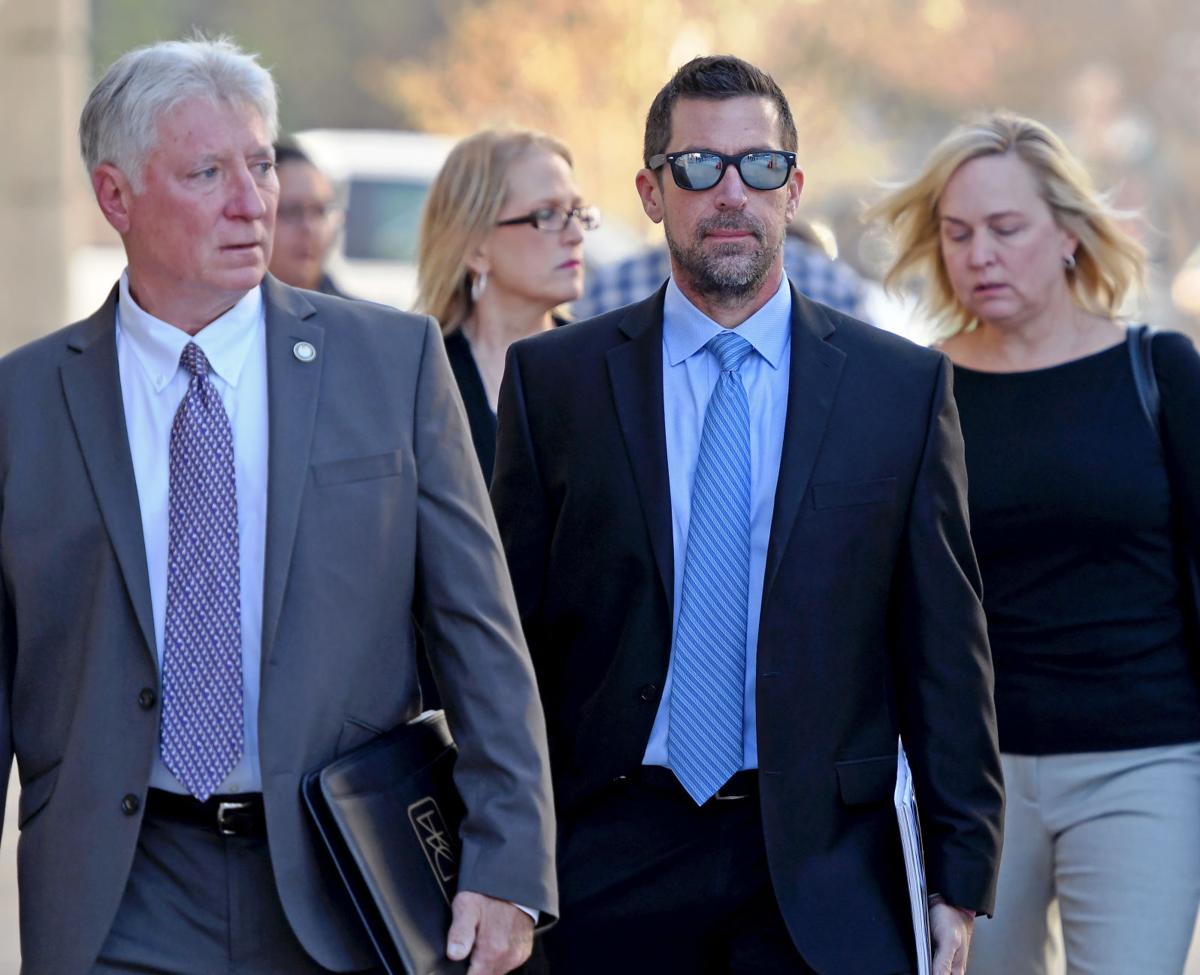 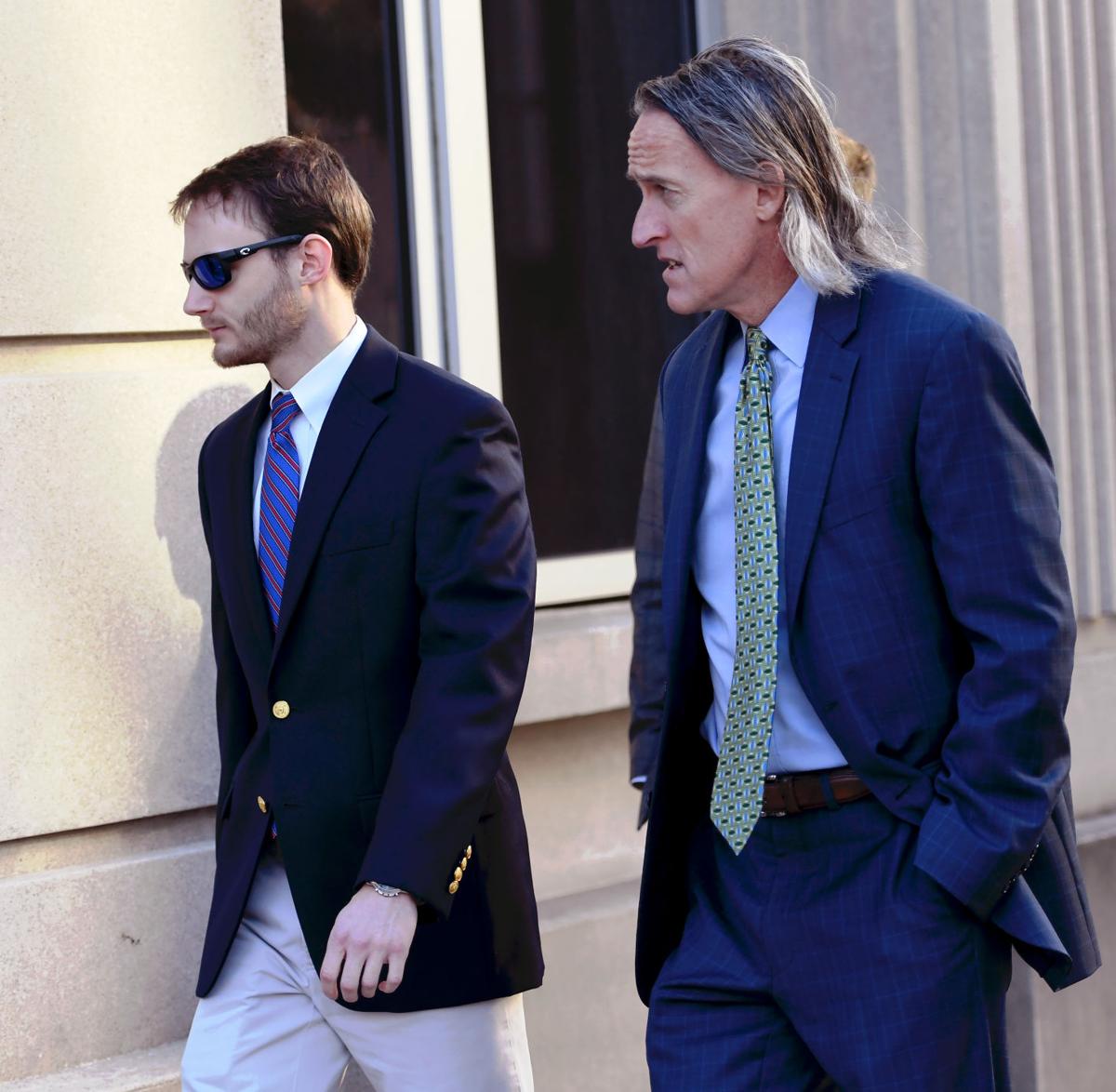 Former LSU student Matthew Naquin likely will serve only a few months behind bars after a judge sentenced him Wednesday to 5 years in prison, but suspended all but 2 ½ years of the term, in the 2017 alcohol-related hazing death of 18-year-old fraternity pledge Max Gruver.

Gruver’s parents had called for the maximum sentence of 5 years for Naquin’s negligent homicide conviction, while Naquin’s attorney asked for a penalty comparable to the 30-day jail terms meted out to former LSU students who were also members of the Phi Delta Theta fraternity and present when the hazing took place.

Ryan Isto, who was Naquin’s LSU roommate, and Sean-Paul Gott, of Lafayette, pleaded no contest last year to misdemeanor hazing and testifying at Naquin’s trial in July, receiving the lighter sentences months ago.

“Matthew’s conduct was no worse than theirs,” John McLindon, who represents the 21-year-old Naquin, told the judge.

Gruver’s father spoke in court prior to McLindon and disagreed with that statement.

“He singled out my son and killed him,” Stephen Gruver said, adding that Naquin fed his defenseless son poison in the form of 190-proof alcohol.

Gruver, of Roswell, Georgia, had been at LSU a month when he died of alcohol poisoning in what authorities have described as a hazing ritual — dubbed "Bible study" — at the Phi Delta Theta fraternity house. Gruver and other Phi Delta Theta pledges were told to chug 190-proof liquor the night of Sept. 13, 2017, if they incorrectly answered questions about the fraternity or could not recite the Greek alphabet.

Naquin, of Fair Oaks Ranch, Texas, is being allowed to remain free on bond while he appeals his negligent homicide conviction.

Naquin also has been charged with obstruction of justice for allegedly deleting hundreds of files from his phone during the criminal investigation and after a search warrant had been issued for the phone. His next court date on that charge is Feb. 11. He is due in court June 23 for a review in the negligent homicide case.

State District Judge Beau Higginbotham said Naquin will be on active supervised probation for 3 years once he is released from prison. The judge also fined Naquin $1,000, ordered him to perform 1,000 hours of community service, give nine one-hour anti-hazing talks to high schools, and write a letter of apology to Gruver’s parents.

“Mr. Naquin, the key is in your pocket now,” the judge told him. “You are being given a chance that Mr. Gruver didn’t have.”

Moore said Naquin will be eligible for parole after serving 7 ½ months. But if he completes programs or classes in prison, he could end up serving even less time, the district attorney said.

Prosecutors and Gruver’s parents said they were troubled by Higginbotham ordering Naquin to give anti-hazing talks to students.

“He is not the right messenger,” prosecutor Morgan Johnson told the judge, adding that Naquin has shown “zero sympathy” for Max Gruver or his family, and no remorse for the crime for which he was convicted.

McLindon said it was his idea to bring Naquin to schools so he can talk about his experiences.

“The goal in any sentencing is not vengeance,” he said, but “how can we stop this from happening again.”

Stephen Gruver said outside the 19th Judicial District Courthouse that he and his wife will continue to combat hazing through the Max Gruver Foundation.

“We just need more education with hazing. The hazers are not in control of what they’re doing,” he said.

Shortly before Higginbotham sentenced Naquin, Stephen and Rae Ann Gruver stood side-by-side and told the judge how their son’s death has impacted their lives.

“This tragedy haunts us every day, and will until the day we die,” Stephen Gruver said.

Gruver’s father said a garbage bag was tied around Max’s neck to catch his vomit.

“Clearly he had too much, but it wasn’t enough for Matthew Naquin,” Stephen Gruver said. “The actions of this hazer resulted in my son’s death.

Stephen Gruver said he truly believes his son would be alive today if Naquin had not been at the ill-fated hazing event the night of Sept. 13, 2017.

Stephen Gruver said his family has been sentenced to “life without Max.”

“That’s our pain. That’s our sentence,” he said before sitting down.

When it was his time to speak, Naquin — whose brother passed away earlier this month due to illness — expressed his condolences to the Gruver family without offering an apology. He said no parent should outlive their children, and he said in light of his brother’s death he more fully understands what the Gruver family is going through.

“To equate the loss of your brother to the loss of Mr. Gruver is disingenuous,” the judge said.

Rae Ann Gruver agreed with the judge’s sentiment noting that, unlike her son, Naquin's brother died of an illness.

Naquin said he has been wrongly portrayed as a murderer and is “haunted by a single event.” He said it’s “simply not true” that he “had it out for Max.”

Higginbotham said he believes the Bible study hazing ritual had everything to do with power.

“Do I believe hazing will ever end? No I do not. So we have to look at how to prevent it,” he said.

Last year, Gov. John Bel Edwards signed into law the Max Gruver Act and other anti-hazing bills meant to curb hazing and increase penalties. Gruver’s parents were instrumental in the passage of the act bearing his name.

“It’s a sad, sad thing that a tragedy like this has to happen for there to be real change,” Higginbotham said.

Rae Ann Gruver said her family will continue to heal and work with the foundation.

“We get the strength from our son Max,” her husband added. “He is the puppet master. We are the strings.”

The 30-day jail terms that Gott, 22, and Isto, 20, of Butte, Montana, received in July were the maximum allowed under the law at the time of Gruver's death.

Another former LSU student charged with hazing, Patrick Forde, 22, of Westwood, Massachusetts, also testified as a prosecution witness. Prosecutors said they’ll decide down the road whether to prosecute him. His next court date is Dec. 5.

Phi Delta Theta has been banned from LSU's campus until at least 2033 as a result of the probe into the events leading to Gruver's death.