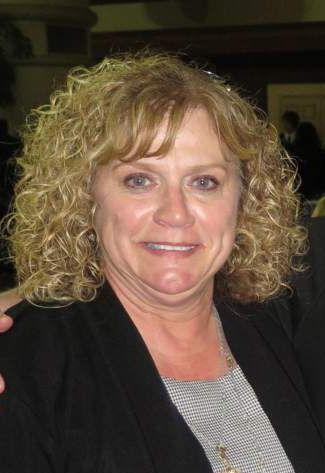 A state panel says an East Baton Rouge Parish Family Court judge committed judicial misconduct when she had the stepmother of a child involved in a visitation case arrested at the school where she taught.

The Judiciary Commission of Louisiana accuses Judge Charlene Charlet Day of eroding public confidence in the court system by engaging in "willful" and "egregious" misconduct by issuing a warrant without the legal authority to do so.

Day, who has served on Family Court for a decade, denies any wrongdoing and wants the charges dismissed.

While the commission says the state Supreme Court should discipline her, it has not yet sent a specific recommendation to the high court. A hearing officer is still looking into the case.

Hundreds of pages of documents obtained by The Advocate through a public records request to the Judiciary Commission reveal the disciplinary proceedings have grown quite bitter.

The commission's Office of Special Counsel contended in a filing last month that the facts in the judicial misconduct case are "truly disturbing" and "unequivocally demonstrate that Judge Day engaged in the type of conduct that perniciously erodes public confidence in the integrity of the judiciary."

Day's attorney is accusing the commission of second-guessing and micromanaging "through hindsight."

"Furthermore, any action that Judge Day took was at worst a simple mistake of law never rising to the level of willful misconduct or a violation of any of the Canons" of the Code of Judicial Conduct, Darrell Saltamachia, who represents Day, wrote in a May 17 filing that responded to the allegations.

Day is attending a weeklong legal conference in Florida and could not be reached for comment Tuesday. Messages left for her attorney were not returned.

Day issued the bench warrant in August 2019, five months after the grandparents of a young boy filed a petition for grandparent visitation against their son-in-law, who was called out of the country for active military duty. Their daughter, the boy's mother, had passed away in 2016 and the boy's father remarried.

The warrant was issued and executed for the arrest of the boy's stepmother for missing an Aug. 13, 2019, hearing in the visitation case.

The commission said the judge issued the warrant for the woman's arrest "despite the fact that she was not a named party, she had not filed any pleadings requesting any relief, and she was never served with a subpoena to appear for the hearing."

Day issued the warrant based upon the woman's "failure to comply with a verbal directive issued to an attorney, who had been fired more than a month earlier, for her to appear at court to sign a notice for a new hearing date."

East Baton Rouge Parish sheriff's deputies arrested the stepmom at a school where she was teaching students at the time. The 5-year-old boy also was a student at the school.

The woman was taken to Parish Prison where she was photographed, fingerprinted and booked into custody on a misdemeanor contempt of court charge on the bench warrant issued by Day. The woman was held until the warrant was recalled that same day.

She later filed a judicial misconduct complaint against Day.

Day's actions "were distressing and completely unnecessary," special counsel Michelle Beaty and assistant special counsel Lantz Savage wrote in a May 28 filing for the Judiciary Commission.

The panel called it a "nightmare" for the woman, and said she had endured Day's "wrath."

The Judiciary Commission said Day should have simply just issues the stepmother a subpoena, for which there is "no confusion or question."

"The procedure is also simple and easy to understand for a layperson, let alone an elected judge with twenty-five years of experience in the legal profession," Beaty and Savage wrote.

Day's lawyer, Saltamachia wrote there was "no bright line of jurisprudence controlling the complex and very specific facts of this case" and that the commission's intervention now is a sign that it would "micro-manage and second guess" the decisions of a judge. Beaty and Savage said that Day's belief that an arrest warrant was necessary "requires the suspension of disbelief."

Saltamachia also said the stepmother had taken part in negotiations about a visitation schedule because of the need to accommodate her schedule, and that the woman and her husband had both agreed to one in open court.

The Judiciary Commission also argues Day has engaged in "repetitive, egregious judicial misconduct" and cites the fact that the judge was previously admonished by the commission for holding two litigants in direct contempt of court without following the proper procedures required by law.

The judge imposed upon one of the litigants a sentence for contempt that was not authorized by law, and exhibited "an intemperate judicial demeanor" toward the two litigants, the panel said.

The Advocate's crusade for "transparency" with regard to judicial discipline has borne its bitter fruit (June 9, "Stepmom arrested at school i…