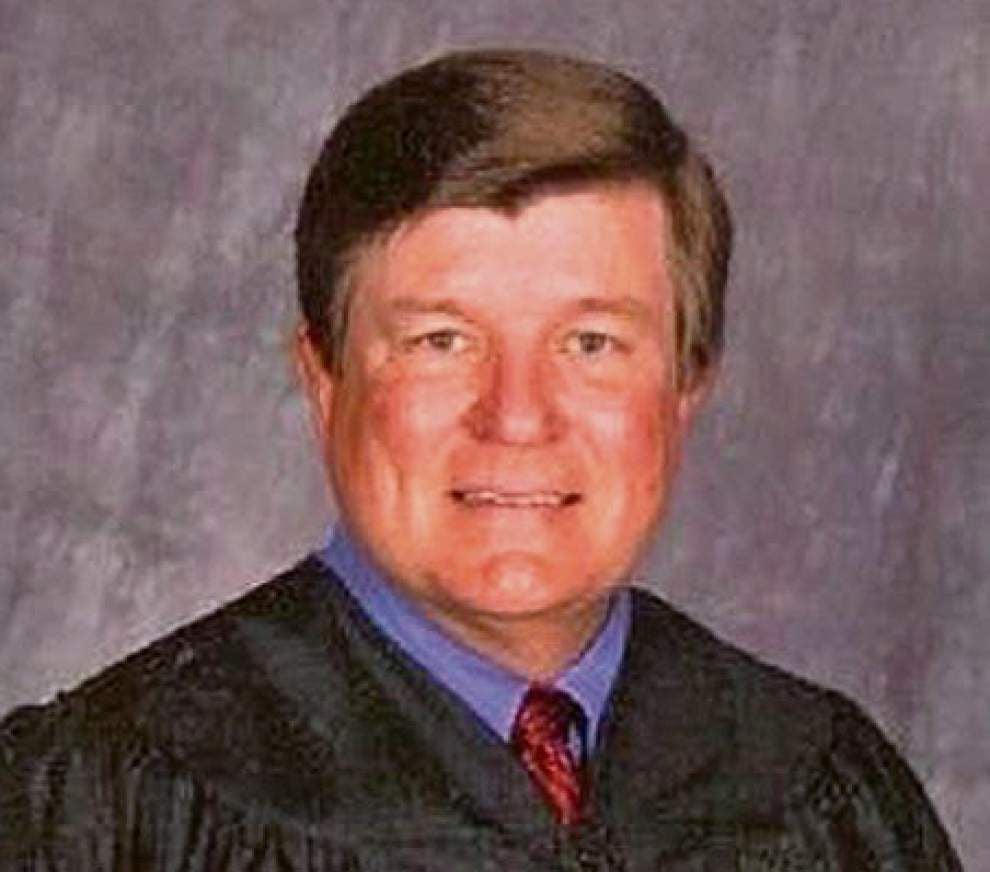 A judge in Baton Rouge told a convicted rapist he would consider reducing the man's 12-year sentence if he were to pay his female victim $150,000 and if the woman were in favor of such action.

"This will not be considered to be an extortionary offer," stressed ad hoc state District Court Judge Bruce Bennett, who labeled the 2003 sex crime reprehensible.

Outside the courtroom Thursday, the victim said she isn't interested in any amount of money from her attacker, 44-year-old Sedrick Hills.

"I don't think money is going to provide any restitution for what he's done," said the 31-year-old woman, who was 15 when she was raped.

Inside the courtroom shortly before the judge sentenced Hills, the woman said in her victim impact statement that "this experience has left me broken."

"This whole experience has been like a movie, but a bad movie, a horror movie," she said. "I've been fighting this over half my life. I'm tired. I'm angry. Stuff like this deteriorates a person. It deteriorates who I am. I'm still trying to figure out who I am."

She said Hills took at least 16 years of her life from her, and she asked the judge to take the same from him.

Moore said his office did not seek the compensation arrangement and that the proposition was the judge’s comments only.

Hills' attorney, Robert Tucker, said Thursday was the first he had heard of the offer, but would not comment further.

Sue Bernie, a retired sex crimes prosecutor in East Baton Rouge whose career spanned more than 30 years, said in an interview Thursday night she cannot recall a judge ever making such an offer, though she had been approached by defense attorneys trying to make restitution to a victim of sexual violence.

If the victim agreed, the defense attorney would want to know if the agreement might influence the victim's position on sentencing. Bernie said there would be a range of responses from the victims to such a proposition.

"Some victims who had incurred a lot of expenses may be more inclined to say, 'Well, I would consider that,'" Bernie said. "Some victims would say 'No, this isn’t about money, and I don’t want your money.'"

Bernie said she found such an offer coming from a judge unusual and surprising.

Thursday's sentencing ended months of delays in the case prompted by a black female juror's allegation that a white male juror made racist remarks about Hills, who is black.

Bennett ruled last month that the juror's allegation was not corroborated by her fellow jurors, each of whom had testified at a hearing ordered by a state appeals court. The judge refused to grant Hills a new trial.

Hills was formally charged in 2014 after DNA evidence linked him to the sexual assault, Bennett said.

Hills was found guilty in August 2018 of forcible rape and another sexual assault-related charge. The verdicts were 11-1 and 10-2, respectively. The jury consisted of eight white people and four black people.

Back in February, state District Judge Trudy White — who presided over Hills' trial — granted his request for a new trial based on the female juror's notarized affidavit and her closed-door testimony in December.

The juror, who voted not guilty on both counts against Hills, alleged in the affidavit after the trial that she heard a white juror say, "Let's convict this n***** already, I am ready to go play golf." She claims the man also said, "The n***** should have just taken a plea deal anyway."

A state appellate court threw out White's ruling and ordered that a hearing be held "to determine whether the alleged statements played a role in reaching the verdict and, if so, whether the effect was so prejudicial as to require a new trial."

Appeals court: EBR jury that convicted black man can be questioned about alleged racist comments by some jurors

With the exception of the juror who made the allegation, none of the jurors or alternate jurors who testified at the hearing last month reported hearing any racial slurs or epithets by any juror, nor did they say race play a role in their deliberations.

White has since moved from the criminal bench to the civil bench on the 19th Judicial District Court.