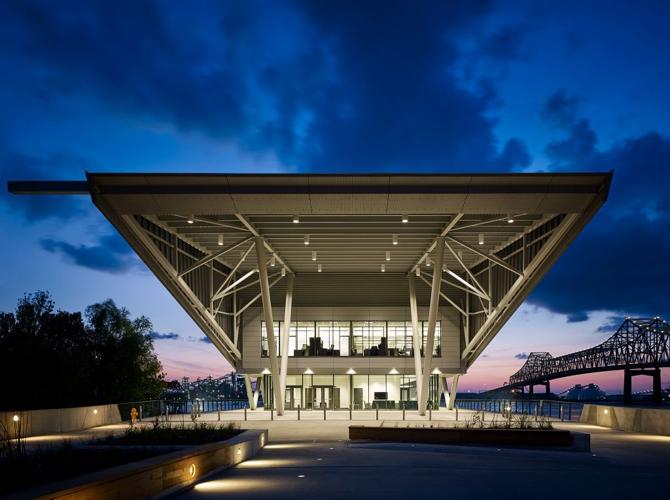 The Water Institute of the Gulf building provides a dramatic addition to a river area that includes the Interstate 10 bridge, right, and the Port of Greater Baton Rouge, background. 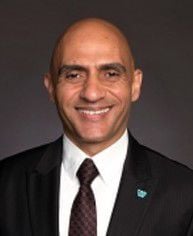 Ehab Meselhe, Ph.D., P.E is seen in this photo provided by the City of New Orleans. 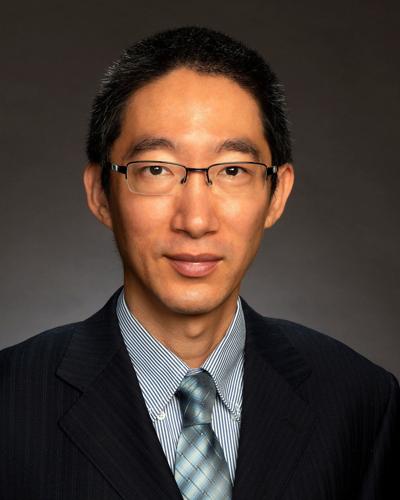 The Water Institute of the Gulf building provides a dramatic addition to a river area that includes the Interstate 10 bridge, right, and the Port of Greater Baton Rouge, background.

Ehab Meselhe, Ph.D., P.E is seen in this photo provided by the City of New Orleans.

Two former Water Institute of the Gulf scientists now on the faculty at Tulane University have been accused by a federal grand jury of conspiring to steal heavily protected simulation technology from the Baton Rouge-based research organization and profit from it, federal authorities said Wednesday.

Ehab Meselhe, 53, and Kelin Hu, 42, began plotting last fall to take highly valuable trade secrets from the Water Institute of the Gulf computer network, download them to personal electronic devices and then misappropriate the information for their own economic benefit, U.S. Attorney Brandon Fremin said.

The technology involves a hydrosimulation computer that models how the Mississippi River Delta might develop over time, depending on various changes in the environment. Using its data, the Water Institute competes for contracts worth millions of dollars.

Meselhe was a senior member of the Water Institute and its vice president for engineering. He quit at the end of October and joined Tulane the next month. He is among the most prominent coastal scientists in the state and was a key contributor to Louisiana’s $50 billion coastal master plan.

Hu worked at the institute until Jan. 11, when, the indictment says, he was “caught in the act” trying to download the "Basin Wide Model" file to personal computer devices and was fired. He went to work at Tulane that same month.

In a written statement, Water Institute president and chief executive officer Justin Ehrenwerth said the nonprofit, independent applied research organization is “deeply troubled and saddened by the recent allegations and charges filed against our former colleagues.”

“We will continue to cooperate fully with federal law enforcement and we have hired outside experts to conduct a comprehensive review of our internal processes and systems – including information technology, security, and intellectual property — to ensure all appropriate measures are in place,” he said.

Tulane spokesman Keith Brannon said the university has a collaborative relationship with the Water Institute and is committed to protecting ownership of intellectual property and providing a supportive environment for research and scholarship for faculty and students.

“There is no claim of impropriety against Tulane University,” Brannon said. He said the school is cooperating with the prosecutors and that Meselhe and Hu’s status with the school would be determined “after we have had the opportunity to conduct an internal review.”

While the indictment does not mention Tulane specifically, it does refer to “another water research institution in Louisiana.” The dates mentioned in the indictment align with the men moving to Tulane, according to their curriculum vitae.

Meselhe, who lives in Lafayette and New Orleans, and Hu, of Baton Rouge, have pleaded not guilty.

Former federal prosecutor Mike Magner, who represents Meselhe, said his client has “an impeccable reputation” within the professional and academic community in Louisiana and nationally and added that he expects Meselhe to be “completely exonerated.”

“He dedicated the past 22 years to serve the state of Louisiana with the coastal restoration efforts. He was the lead designer and developer of numerous numerical modeling efforts — and he completely denies any wrongdoing,” Magner said in a written statement. “Besides the fact that Dr. Meselhe developed the computer modeling programs at issue in this case, most of them are and have been available to the public, scientific and engineering communities, and other public and non-profit institutions for the purpose of protecting Louisiana’s coast.”

Hu’s attorney, Steven Moore, said Hu denies any wrongdoing and looks forward “to the entire matter being fully disclosed and him being exonerated.”

“Professor Hu has been and will continue to fully cooperate in the investigation and has truthfully answered all questions and turned over all items as requested by the government and the Water Institute,” Moore said.

The indictment said the men’s target was the Basin Wide Model — a computer simulation program — and calls it a “highly sensitive, proprietary, and valuable trade secret” of the institute. The model’s protection “was essential to maintaining the Water Institute’s competitiveness for consulting contracts worth millions of dollars,” the indictment states.

“The purpose of Meselhe and Hu’s scheme was to steal and otherwise misappropriate a trade secret, that is, the Basin Wide Model, and to use this trade secret for the economic benefit of Meselhe, Hu, and the other research institution, and to the detriment of the Water Institute of the Gulf,” the indictment states.

The 10-page indictment lays out the following social media exchanges between the two men:

On Nov. 12, while a professor at the other research group, Meselhe sent a Google message to Hu about joining him on the staff there and informed Hu that he had been approved to start work there in January. Meselhe sent another Google message to Hu on Nov. 21 instructing him to “avoid sending me any private emails” from Hu’s Water Institute account because “they are monitoring everything,” and that he should “text me or email me from your gmail or yahoo accounts …”

One of the Water Institute’s consulting contracts was with the Environmental Defense Fund, according to the indictment.

Meselhe, in a Dec. 11 Google message to Hu, instructed him to “make a full copy of the entire EDF project folder to an external hard drive BEFORE you resign” from the Water Institute and “include the code itself, the post processing scripts and everything also.” Hu replied the same day saying, “Yes, I will do those.”

Meselhe sent an email to Hu on Dec. 13 titled “suggested plan” and stated when Hu should leave the Water Institute, when he would start at the other research institution and told Hu he should finish the EDF project and “back up everything before you leave or even before you submit your resignation.” Hu responds the same day by saying, “I’m totally fine with the plan.”

Fremin, the chief federal prosecutor in the Baton Rouge area, said theft of proprietary information and intellectual property for personal gain “will not be tolerated by this office, especially where the theft is from a research institution whose purpose is to study environmental impacts so that we can best protect our citizens from natural and man-made disasters and other coastal threats.”

Meselhe was a professor in the Department of Civil Engineering at the University of Louisiana at Lafayette from 1997 to 2012, and was director of the school’s Institute of Coastal Ecology and Engineering and the Center for Louisiana Water Studies from 2004 to 2012. He left UL in 2012 to work for the Water Institute in Baton Rouge.

He works as a professor in Tulane’s River-Coastal Science and Engineering Department and was instrumental in the development of the 2017 Master Plan for Coastal Protection and Restoration — the state’s ambitious effort to save as much of Louisiana’s coastal land as possible amid threats from climate change-induced storm surge and subsidence.

Meselhe was honored in March as a Top 25 Newsmaker by the publication Engineering News-Record for his significant contributions to the state’s coastal master plan, according to a Tulane news release issued at the time.

The local groundwater commission has failed to effectively regulate the aquifer beneath Baton Rouge, threatening further saltwater intrusion a…