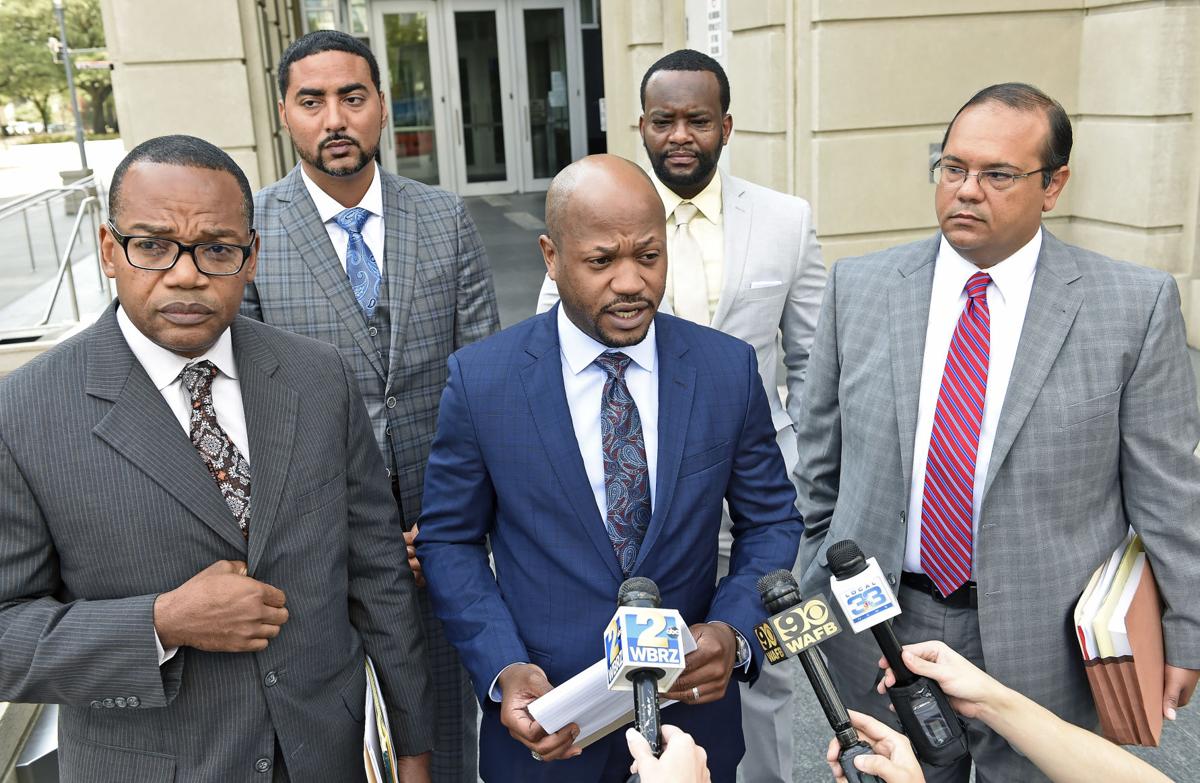 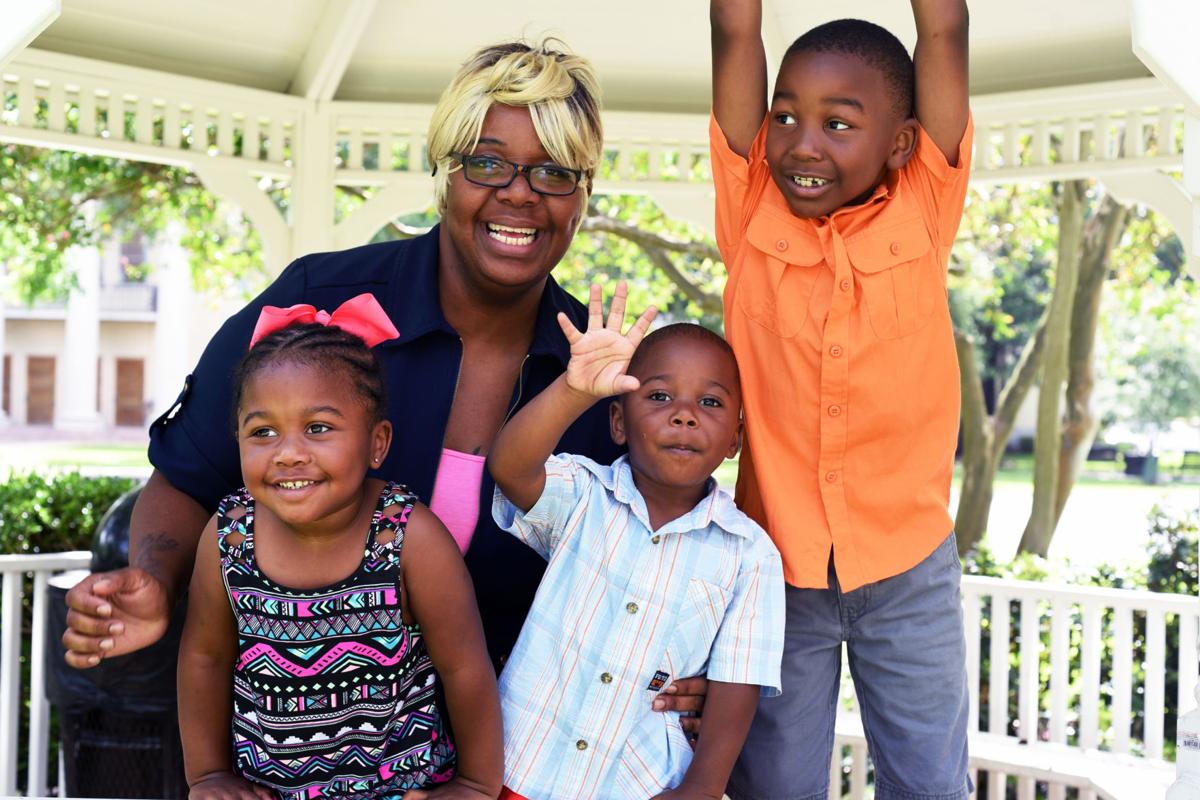 Andricka Williams smiles with her three children, (L-R) 3-year-old twins Journee and Josiah Sterling and Alton Sterling Jr., 6, in Port Allen on Friday, June 30, 2017. Their father, Alton Sterling Sr., was killed a year ago on July 5, 2016 during an altercation with two Baton Rouge police officers. 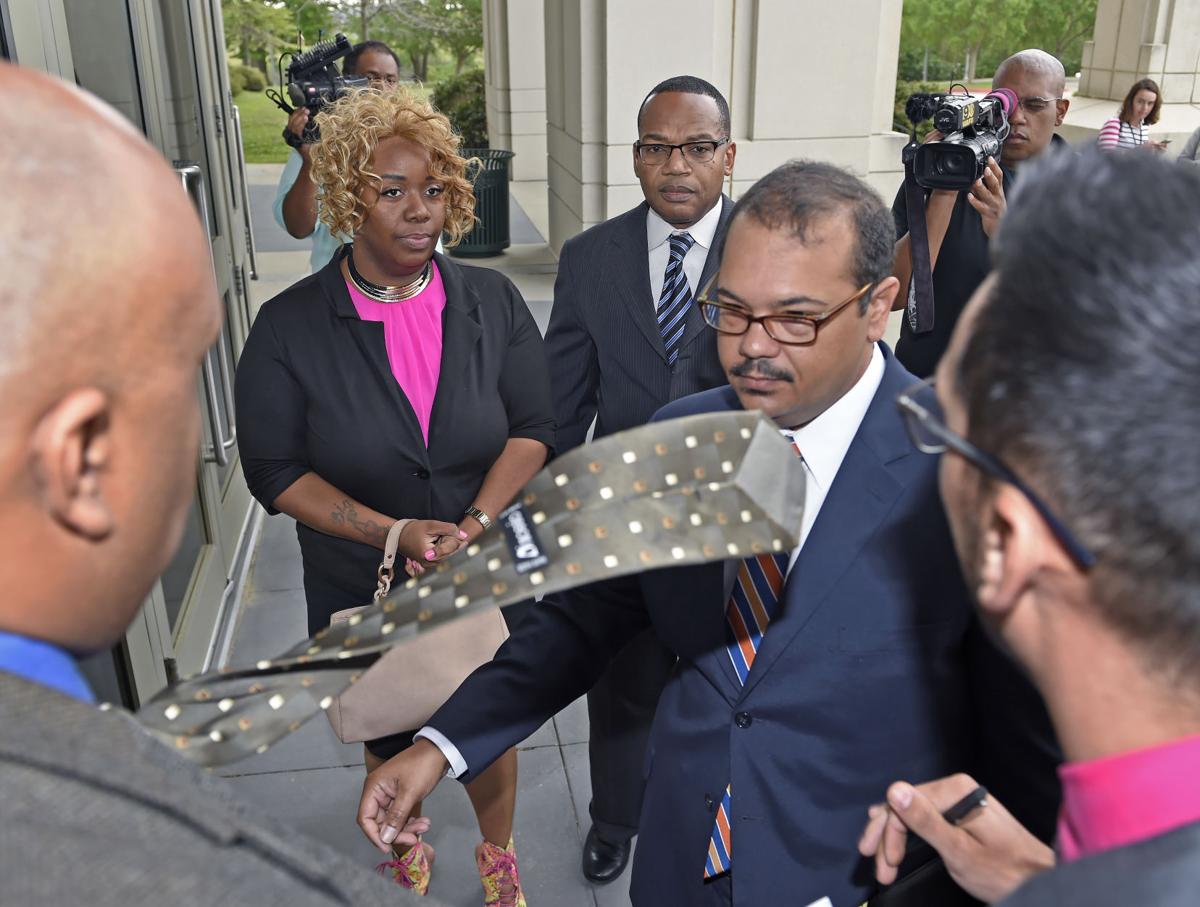 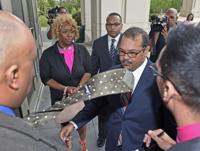 Andricka Williams smiles with her three children, (L-R) 3-year-old twins Journee and Josiah Sterling and Alton Sterling Jr., 6, in Port Allen on Friday, June 30, 2017. Their father, Alton Sterling Sr., was killed a year ago on July 5, 2016 during an altercation with two Baton Rouge police officers.

Lawyers for Alton Sterling's five children said Thursday the East Baton Rouge Parish Metro Council has "no clue" about the issues at stake in the civil lawsuit filed against the city-parish following Sterling's death and accused Parish Attorney Andy Dotson of failing to provide council members with appropriate legal advice.

The council on Wednesday voted in a split decision to reject a proposed $5 million settlement in a wrongful death lawsuit filed on behalf of Sterling's children, who lost their father in a 2016 police shooting that ignited protests nationwide.

$5M settlement to Alton Sterling's family rejected by Metro Council; see who voted for, against

"It was perfectly clear that the City Council has no clue about what is really going on in this case, and it's not their fault," said attorney Chris Stewart. "The misinformation that was given lay in the hands of the parish attorney."

Stewart said Dotson did not answer council member questions accurately and zeroed in on an inquiry from Councilwoman Chauna Banks, who asked Dotson whether a clause in the police union contract indemnifying officers sued in the course of their employment meant that the city-parish would be on the hook for any damages assessed at a trial.

Dotson said it hadn't been determined whether the clause would apply. Stewart said it was "shameful" that the city-parish wouldn't honor that contract.

"You can't hire (police) to protect the streets and then when a lawsuit happens you toss them away," Stewart said.

Dotson said he couldn't comment on pending litigation and noted that his door is always open to council members.

"We have been, and always will be, available for our Metro-Council members to discuss any pending litigation in our office," Dotson said.

Stewart said Sterling's family members will accept no less than $5 million from the city and said he was confident with the evidence they had that the city-parish would put itself at-risk of losing much more by going to trial.

"That jury could easily be $100 million," Stewart said.

The lawsuit, filed in 2017 against the city-parish, alleges the 2016 police shooting exemplified longstanding problems of racist attitudes and excessive force within the Baton Rouge Police Department. The lawsuit is inching toward a March trial date, now more than four years after the Black man was killed during a struggle with two White police officers outside a Baton Rouge convenience store.

Federal and state prosecutors declined to press charges against the officers involved, noting Sterling reached for a handgun inside his pocket in the moments before the shooting.

Councilwoman Jen Racca abstained from the vote. She said she thinks some level of settlement is in order but abstained because there were several serious legal questions that had yet to be answered by Dotson.

Racca, an attorney who joined the council in January, said she couldn't get a clear answer from Dotson on how exactly the $5 million figure was reached and also questioned whether the Metro Council had the authority under state statutes to offer the payment without the approval of the parish attorney.

"I don't think anybody had enough information to make an educated decision on this, but the council tends to do that," Racca said in an interview Thursday.

Racca said that it's clear the major issue at stake in the case is whether the Police Department was "negligent" in hiring officer Blane Salamoni, the officer who shot Sterling. She said it may be wise to let the case go to trial, noting that a settlement would likely sweep those failures under the rug.

"An offer of judgment may provide some closure, but I also believe that’s it’s a Band-Aid," Racca said at Wednesday's meeting. "I believe that there are some deeper issues, there are some departmental failures, and if we settle this case, we’ll never be able to see those failures."

Stewart disagreed that a settlement would preclude the Police Department from confronting its past failures and noted that Chief Murphy Paul has already made strides in remedying tensions between police and the community.

Last year, Paul apologized to the Sterling family and blasted past department leaders for failing to curtail "a well-documented pattern of unprofessional behavior, police violence, marginalization, polarization and implicit bias by a man who should have never, ever worn this uniform. Period."