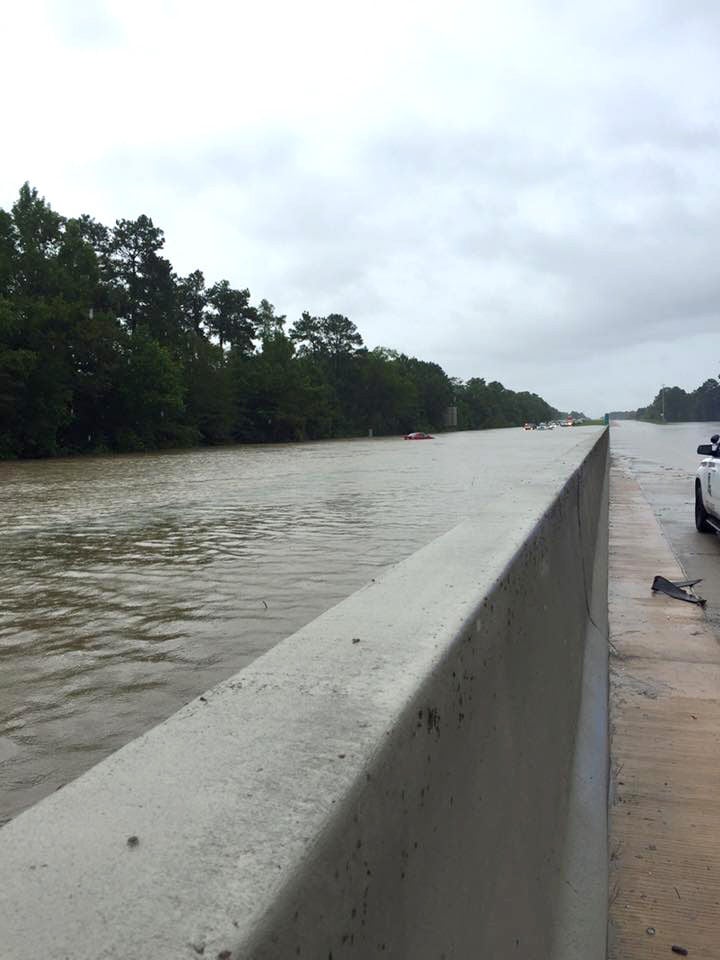 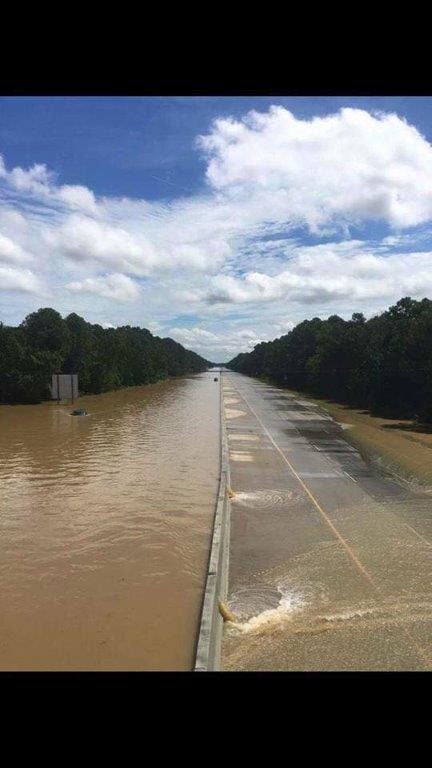 A class action lawsuit filed decades ago that argued the state built Interstate 12 in such a way as to exacerbate flooding in the Florida parishes led to a $91.8 million damage award.

But even though not a dime has been paid, new legal action has been filed with similar claims about the part I-12 played in damming up water and contributing to last year's floods— this time relating to the interstate's median wall and an embankment.

Leaders in Livingston Parish, which filed one of the two new class action suits against the state, say it’s not so much money they are after as it is getting the state to act to prevent what happened in August from being repeated.

"We have no intention or even any hope that we would get any money out of this," said Livingston Parish Council Chairman John Wascom.

He just wants DOTD to take down or modify the barriers along the interstate median so water can flow through, and to make the state do a better job next time it does highway construction.

"The reality is we just need some remediation done so this never happens again," said Livingston School Superintendent Rick Wentzel.

Many of the arguments are similar to those brought up by Tangipahoa residents after widespread flooding in 1983. Their suit concerned a bridge the Louisiana Department of Transportation and Development had built over the Tangipahoa River that residents complained worsened flooding.

The judges in that case wrote that had the state of Louisiana done a better job building Interstate 12, "water would have passed through the floodplain" as the river began to rise.

"There is ample evidence ... DOTD's erection of Interstate 12 violated the natural servitude of drainage," judges from the First Circuit Court of Appeals wrote in their decision.

The reason residents have yet to see their money is simple: By law state courts can't force the state of Louisiana to pay its debt.

Since the 1980s, the original $92 million that was due, has likely swollen to more than $200 million with interest that has accumulated over the years, said attorney Eric Nowak, who is representing Tangipahoa residents in a new class-action suit that involves flooding in March and August 2016.

The plaintiffs involved in the current round of lawsuits against the state have little to lose, since their attorneys are working for a cut of the payout — assuming there is one this time.

According to the contract with the city of Walker, which initiated the Livingston Parish suit, their lawyers are not being compensated up front and are absorbing court fees. They will claim one third of any damages ultimately recovered, though.

"(If) you're the local politician you've got to be seen as doing something," he said. “This is gold for the politicians — they're fighting for the people."

Denham Springs Mayor Gerard Landry said he hopes the suit will emphasize the need for changes to the interstate.

"If the governor wanted to fix it I'm sure he could," Landry said.

While improving the interstate is the top priority, the mayor noted one major difference between the 1983 flood lawsuit and the current one in Livingston.

In the ongoing lawsuit, parish authorities have also sued the contractors who submitted plans and performed construction during the "Geaux Wider" campaign to add extra lanes to I-12 that began in 2009. Though it isn't the primary goal, Landry said, residents may be able to claim some relief if the contractors are found to be at fault.

Attorneys representing several firms involved did not return calls for comment this week. So far, at least one company has petitioned the court to be removed from the case, noting the extreme rarity of the August flooding event and saying that it can't be held liable because it followed DOTD specifications.

The Department's attorney did not return a call seeking comment, and the agency did not respond to a public records request regarding its building standards by press time.

Richards, the law professor, said the court could find that all — or nearly all — of the fault lies with DOTD if the state agency was last ones to actually review the plans.

That doesn’t mean the state will abide by any rulings on damages, though.

"If they don't want to pay, you're not going to get paid," Richards said.

Still, a 2012 U.S. Supreme Court decision has added a fresh wrinkle to the matter. If a state causes flooding, it's akin to "temporary taking," the high court ruled in that decision. That makes it similar to eminent domain — the process the government uses to seize land for public projects like building a highway — and federal courts can compel states to pay up on takings cases, Richards said.

New risk model could aid Baton Rouge residents, but it's not all smiles

Over the past several months, Bob Jacobsen has been evangelizing for science.

The Supreme Court left it up to lower courts to decide how to interpret the ruling, so it's unclear what effect it may have on the current Livingston and Tangipahoa suits.

First, the courts will have to decide whether the statute of limitations has passed. The Tangipahoa suit — which combines flooding from March and August caused by an I-12 embankment — is currently before the state Supreme Court. They're trying to determine whether to start the timer when construction plans were approved or when the flooding occurred.

The legal argument is technical, but Nowak, the plaintiffs' attorney, said that they should be allowed to sue because flooding is not an "intentional or necessary" consequence of building the embankment.

Whether suing will get them anywhere is another issue entirely.

The suit following the 1983 flood "is a terrible precedent for us," Nowak acknowledged.

Not only have residents not received their payouts, the underlying infrastructure problems haven't been fixed, he continued.

"There's a reason for why these lawsuits happen and the judgments, and the state should live up to its responsibilities. ... These people deserve their remedy," Nowak said.

Byard "Peck" Edwards represented the plaintiffs in the 19880s and in the current suit. The legislature has been willing to pay out the old class action settlement, but governors "wouldn't go along with it," he said.

He's hopeful that John Bel Edwards — his cousin — will be more receptive, joking that "he'll pay or I'll take him down to the swamp and feed him to the alligators."

Peck Edwards said he's also looking at ways to get the federal government to step in and square the debt though declined to discuss his legal strategy for doing so.

He's still sore at the DOTD for the 1983 flooding, calling the state officials "dumbasses" for not doing proper engineering and backwater flooding studies.

Last year, he counted his friends and neighbors among those who flooded and decided to take up the cause again, self-funding the suit.

"I saw what caused the flood, and I just felt like it was my duty, my responsibility to make sure those people got compensated."

Change coming for future median walls like one at heart of controversial I-12 flooding lawsuit, DOTD says