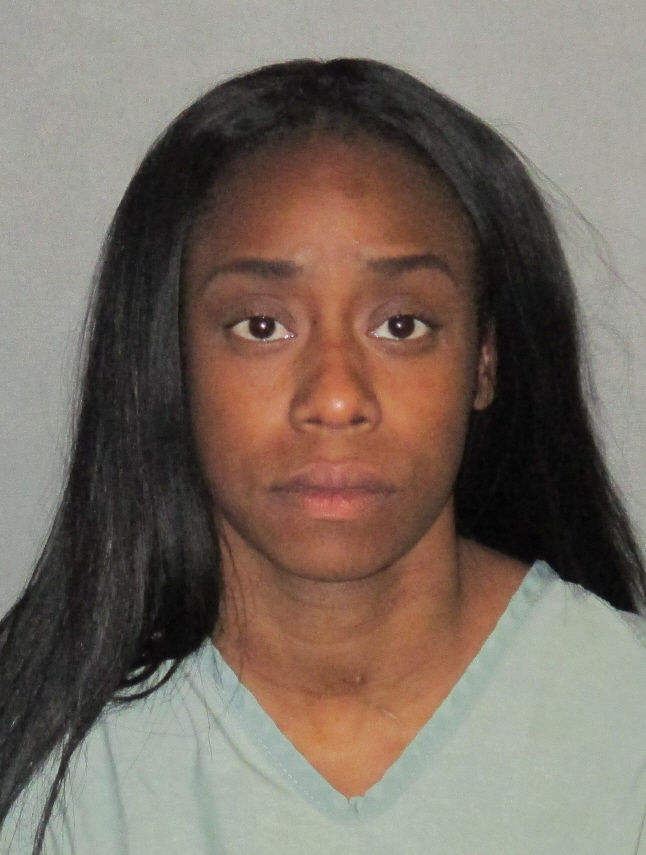 Three days after jurors voted 11-1 in early October to convict a Baton Rouge woman of second-degree murder in her boyfriend's slaying, the U.S. Supreme Court heard arguments in a New Orleans murder case over the legality of split jury verdicts in state court.

Now, Jimeelah Crockett's sentencing — she faces a mandatory term of life in prison for the killing of Joseph Bunch III — is on hold while the justices ponder their decision in the Evangelisto Ramos case out of New Orleans.

The 29-year-old Crockett was scheduled for sentencing Dec. 4, but 19th Judicial District Judge Bonnie Jackson continued the matter until March 10 in hopes the high court will have issued a decision — and some clarity — by then.

It's virtually impossible to say how many cases could be affected by a ruling finding the old non-unanimous jury verdict law unconstitutional. Ramos' lawyers suggest the numbers would likely be modest because the high court was only asked to consider the cases of defendants whose convictions were still going through their first round of appeals — not the much larger universe of cases where convictions are final.

But if the U.S. Supreme Court were to retroactively require unanimity for all trial convictions, thousands of cases could be affected.

Louisiana’s split-verdict law had survived repeated constitutional challenges since its birth 120 years ago at a state convention infused with the rhetoric of white supremacy.

But in November 2018, Louisiana voters did away with the Jim Crow-era law by a nearly 2-1 margin. The new law, however, applies only to crimes that happened on or after Jan. 1 of this year.

Crockett was found guilty Oct. 4 in the 2017 killing of her boyfriend.

In the New Orleans case heard by the Supreme Court on Oct. 7, Ramos was convicted in 2016 on a 10-2 vote on second-degree murder in the fatal stabbing of a woman two years earlier. He received an automatic life sentence.

The U.S. Supreme Court said Monday it will reconsider whether felony defendants in state court can be convicted by divided juries, a move that…

Attorneys for Crockett and Ramos argue the U.S. Constitution, which has been held to require unanimous jury verdicts in federal trials, should be interpreted to extend the same safeguard in state courts.

The lawyers also claim the state law allowing a split jury vote to convict was adopted as part of a strategy by the Louisiana Constitutional Convention of 1898 to establish white supremacy.

"The Louisiana provisions authorizing non-unanimous jury verdicts were introduced into our law by the explicitly racist Constitutional Convention of 1898 for the substantial purpose of discriminating against black citizens," Hays Town III, who represents Crockett, argued in a motion filed before her trial asking that the verdict be unanimous. The request was denied.

"The majority verdict system was intended to invidiously minimize or cancel out the voting potential of blacks on juries and to deny blacks meaningful participation in the civil institution of jury service," Town added.

The newspaper's investigative series found the provision was introduced to minimize the voices of African-American jurors and that black defendants are more likely to be convicted by non-unanimous juries.

Opponents of requiring unanimous juries argue the requirement makes hung juries more likely, increasing costs. But Town said that worry "seems overblown in light of the low frequency of hung juries in civil cases, even when unanimity is required."

"More importantly, a slight increase in hung juries and the potential for a longer deliberation may be costs outweighed by the benefits of a tool that can stimulate robust debate and potentially decrease the likelihood of an anomalous verdict," Town wrote.

In East Baton Rouge Parish this year, 10 of the felony trials conducted have resulted in non-unanimous verdicts, District Attorney Hillar Moore III said. Nine of those were guilty verdicts, and there was one acquittal.

The vote by Louisiana voters last year left only Oregon with a similar non-unanimous jury rule, put in place in the early 1930s.

The Supreme Court had considered the question of split verdicts once before, in 1972. That year, in an unusual 5-4 ruling in a pair of cases from Oregon and Louisiana, the court opted to allow criminal jury verdicts with as few as nine of 12 jurors in agreement.

They argue that overturning the Supreme Court's earlier decision would create chaos in Louisiana and Oregon’s courtrooms, potentially forcing judges to revisit thousands of convictions.

"What about the constitutional rights of people in prison?" Justice Neil Gorsuch asked Elizabeth Murrill, a lawyer with Louisiana's Attorney General's Office, on Oct. 7 after she argued in the Ramos case that the state's court system could be inundated with claims if the justices rule against Louisiana.

Delegates to the Louisiana Constitution of 1974, and then Louisiana voters, modified the required juror count for a valid verdict in state court felony trials from nine to 10.

A Baton Rouge woman told detectives she feared for her life when she fatally shot her boyfriend in self-defense in 2017, but one of those dete…