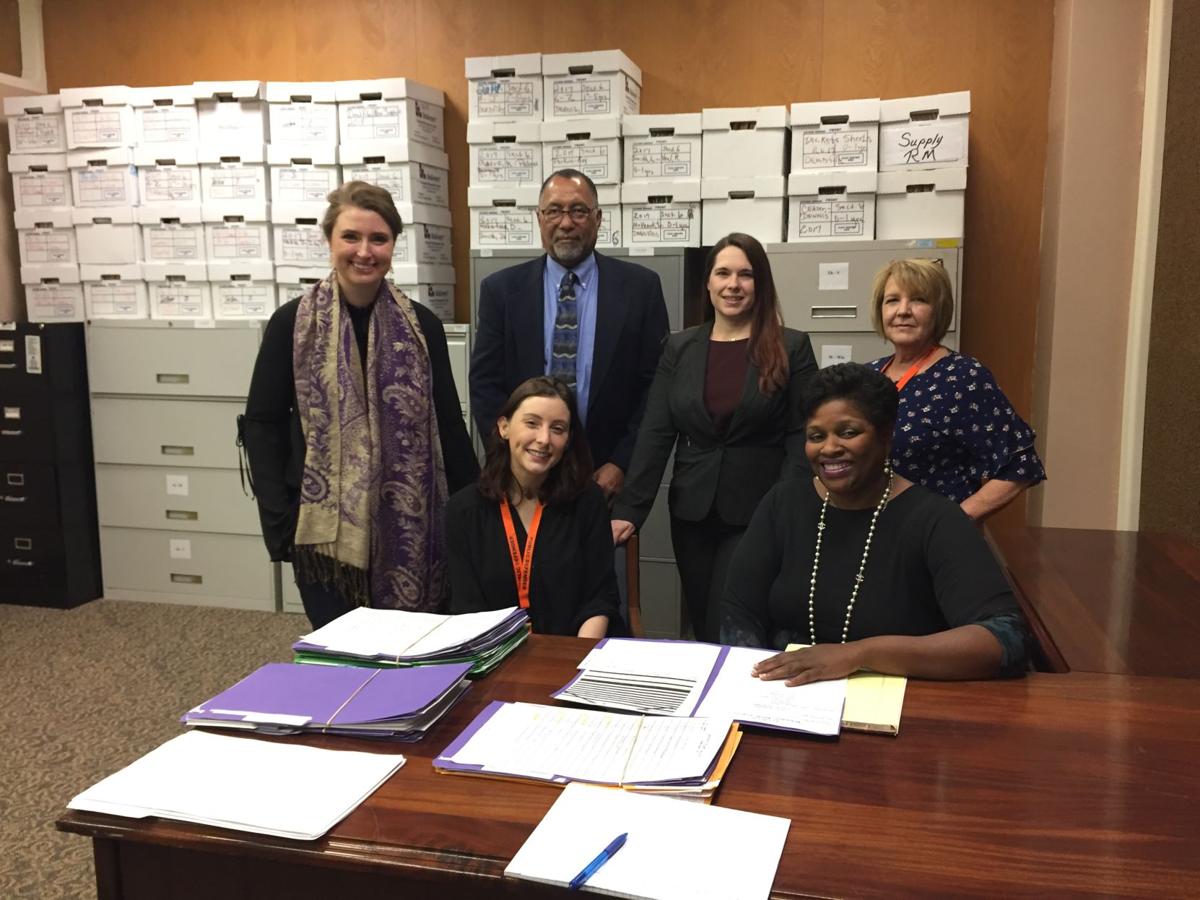 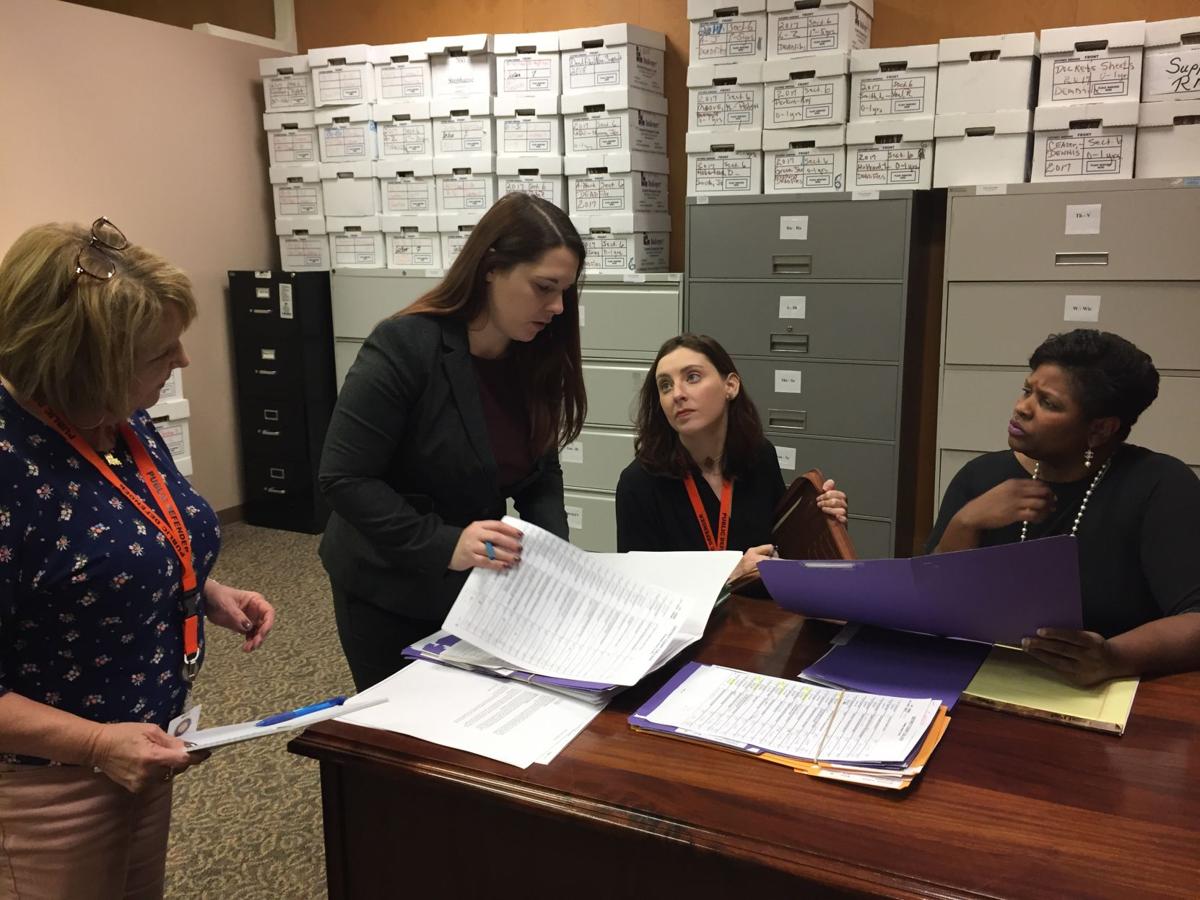 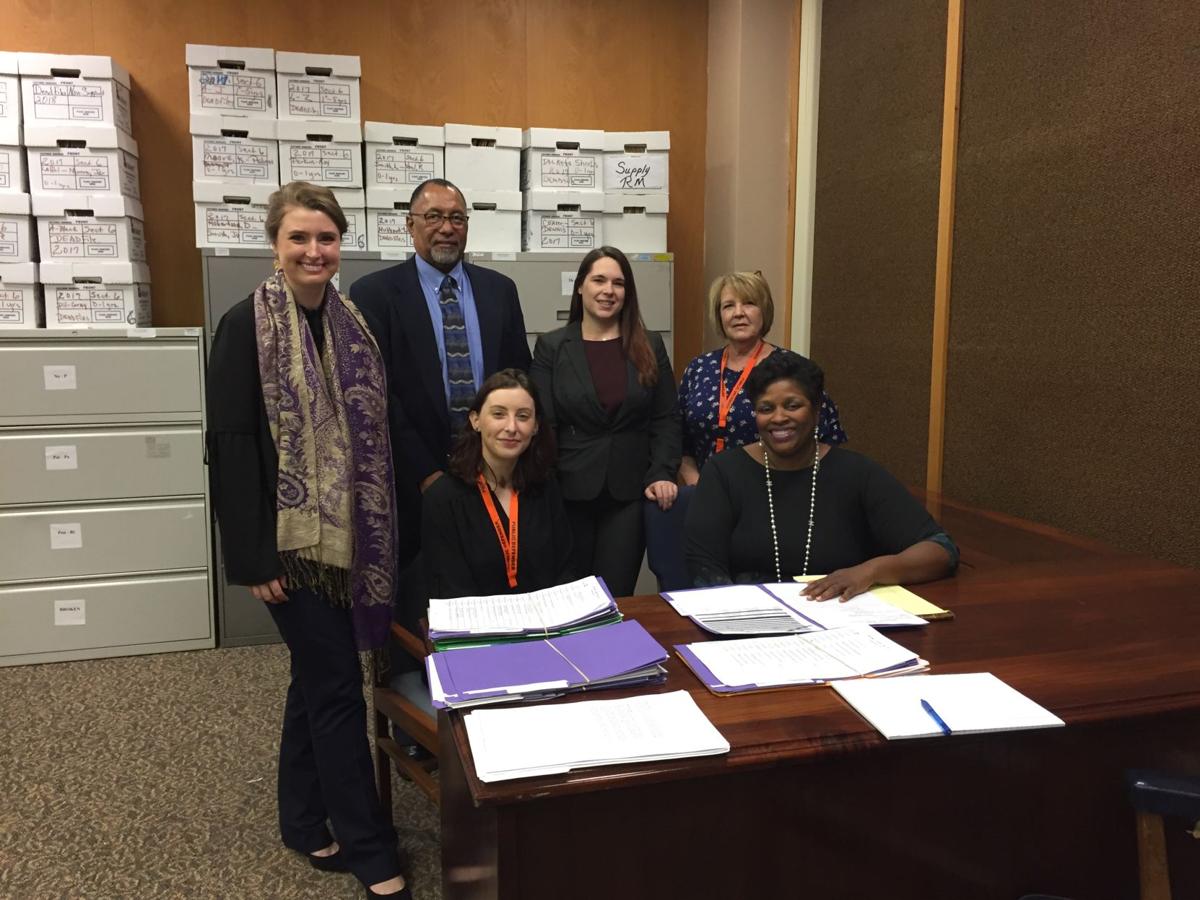 A new team in the East Baton Rouge public defender's office is working to transform how low-income people are detained before trial so offenders who don’t need to be in jail aren’t trapped there for extended periods of time.

The team is seeking to intervene quickly to review cases, address health issues and help those whose situations warrant release so they can work, attend school and care for their families as they wait for their cases to be heard in court.

"Most of the people that are held in Parish Prison are there for nonviolent offenses who really don't need to be incarcerated," said Lacie Dauzat, the attorney leading the bail team.

In addition to Dauzat, the Office of the Public Defender's new bond team includes a social worker, a client advocate and a secretary. The team looks at both the legal and human services side in a two-pronged approach to better support poor pretrial clients.

"We're able to have a bond attorney present each day with the judge (who sets bail) … to identify those clients with special needs early on," Dauzat said.

After identifying high-need clients, the team screens and assesses them, then works to create a comprehensive treatment and release plan. With that in hand, attorneys can return to a judge to ask for a reduced bail or release on a nonmonetary bond.

Dauzat and social worker Lynn Farris kicked off the new undertaking in August, focusing on nonviolent offenders aged 25 or younger. In their first five months, they worked with about 40 clients, determining their needs to match them with relevant services, then represented them in a later bond hearing.

Most of those in the initial group of 40 have been released from custody but remain in close contact with the public defender's office to ensure they follow their release plan and make court dates.

A state judge had advanced a class-action lawsuit alleging the state violates poor defendants' constitutional rights, setting up for trial a c…

In January, the team expanded its ranks by adding a client advocate and secretary so they can now take on every new indigent client early in the judicial process, which has about tripled their caseload.

They still look to assist younger defendants — many arrested for the first time and terrified of being in jail — but the team is also focusing on getting services and treatment for adults with mental health and substance abuse issues.

Even if they don't fall into those categories, Dauzat said, their cases are referred to a team of investigators, who meet with the clients and review the cases to work on fair bond reductions and smart release plans.

Dauzat said the goal is always nonmonetary bonds, so as to not further burden the client.

"They need to get back to their families, their jobs, their lives," Dauzat said. "Being housed in Parish Prison can completely ruin that, even for a couple days.”

Research has shown that people who serve short periods in jail — even just two days — are more likely to re-offend later compared to those released within 24 hours of an arrest. Another study also found that low-risk defendants held in jail before trial were more likely to receive a sentence of prison time, and for much longer terms, compared to those released pretrial.

In Louisiana, if people are held in jail because they cannot make their bail, prosecutors have 45 days to two months, depending on the offense, to officially charge them with a crime; which results in many people sitting for weeks on end without any updates on their case, Farris said.

"Especially for some of the younger ones who have never been arrested before, if it wasn’t for us, I don’t even know what would happen," Farris said. "Just sitting there before they went to court with no intervention."

Dauzet said attorneys in the public defender office have tried to intervene on their own and work on cases soon after an arrest, but their workload has made that unrealistic.

"The attorneys' caseloads in this office are so extreme that it’s just impossible to be able to provide all those services, to do that follow up, to simply do any of that work we’re getting done now with individual clients — to give individual clients the attention they deserve," Dauzat said.

Farris said many of their cases from 2018 have had successful outcomes, with clients back in school, newly employed and following treatment plans. Some of the criminal cases have already been dismissed, but others remain ongoing and the team continues to provide the counsel needed.

“Some of them end up being arrested just because they don’t have a mental health facility to go to," Farris said. "They shouldn’t be incarcerated, they should be in treatment.”

On their second try, mental health and law enforcement advocates convinced voters to pass a property tax to fund a psychiatric crisis center.

Farris said she's looking forward to having the Bridge Center, a mental health diversion program which will be funded by a new tax East Baton Rouge voters approved in December.

"We are not only reaching those clients, but we are reaching their family and extended family … laying the foundation for them to be successful in the future,” Dauzat said.

She added, "Families are responding really well. We’re not only healing that one client, but we’re kind of healing the family as well, and I think that’s the only way to make this work."

The new team is funded by $130,000 from the mayor's office, a portion of the U.S. Department of Health grant called Resiliency in Communities After Stress and Trauma, or ReCAST, which has been twice awarded to the city since 2016.

Multiple public defender districts in Louisiana, including East Baton Rouge and Orleans, are at risk of becoming insolvent in a year or two if…

"I believe in the work of the public defender office,” said Mayor-President Sharon Weston Broome. "The pretrial intervention has proven to be effective not only here but in many places around the country. I think it’s a good use of those funds.”

Focusing on these clients at the front end of the criminal justice system, connecting them with the services and treatment they need, will hopefully help eliminate the number of people who are remain stuck in a cycle of poverty and crime, said Deputy District Defender Lindsay Blouin.

Decrying the East Baton Rouge Parish Prison as a "death trap," jail reform activists shared stories of the prisoners — often those with mental…