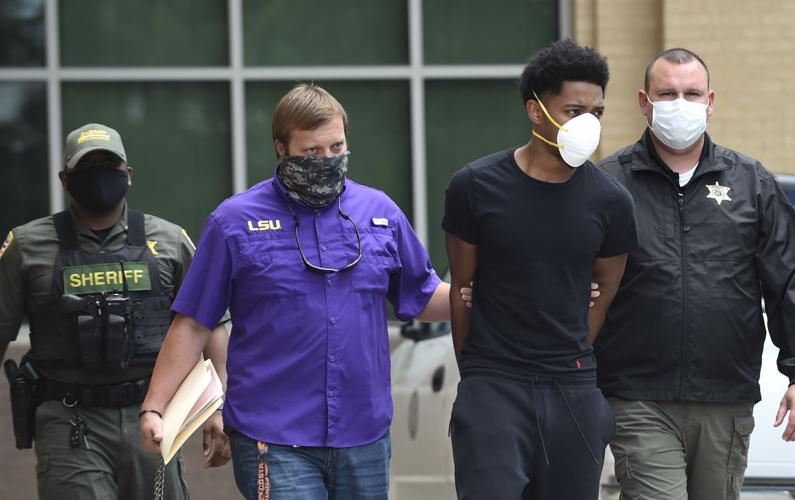 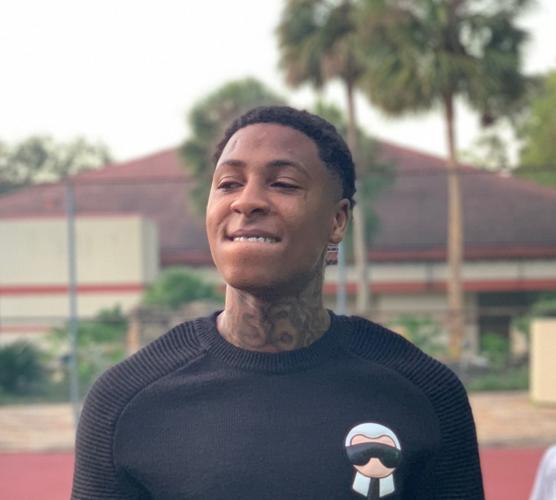 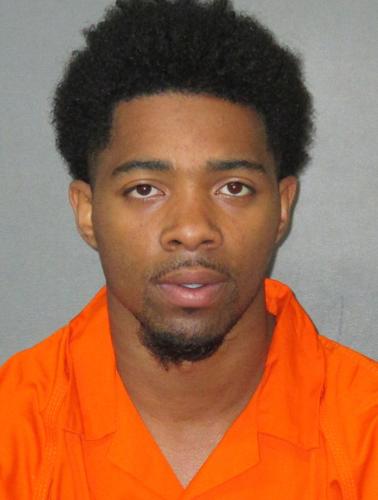 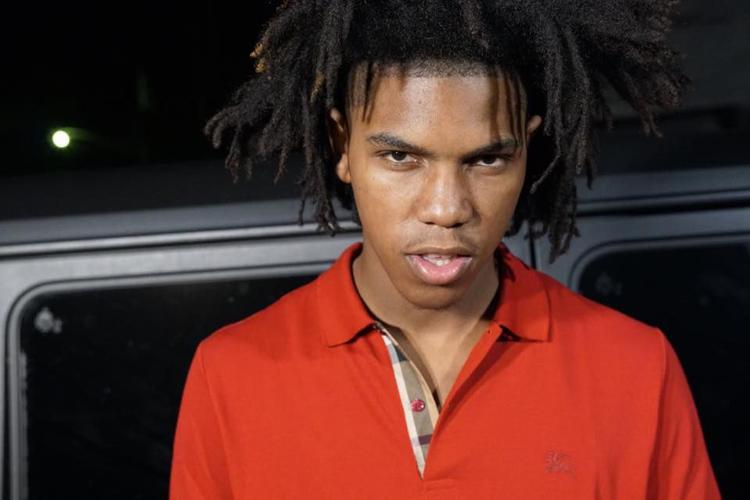 Prosecutors say a feud between two rival Baton Rouge rap groups led to a deadly Mother's Day 2019 shooting several hundred miles away in Florida that took the life of a bystander.

Shortly after Gaulden, 21, and his entourage were ambushed outside the Trump International Hotel in Miami on Mother's Day 2019, Edwards was recorded on a prison phone call discussing the shooting, a local prosecutor said in a recent court filing in Edwards' case.

It marks the first time prosecutors have linked the deadly Miami shooting to the Baton Rouge rap feud.

In the prison call, Edwards and another known TBG member make statements about the NBA group and the shooting, the Feb. 3 filing states.

Edwards, 22, has not been charged in the Miami shooting, but he is charged with seven counts of attempted first-degree murder stemming from two Baton Rouge shootings last year that left three adults and two children injured. Authorities have said the Baton Rouge shootings, on April 6 and July 4, were related to the rap feud.

Attempted first-degree murder carries a prison term of 10 to 50 years.

When Edwards stands trial on the attempted murder counts, East Baton Rouge Parish prosecutors want the jury to hear about the Miami shooting as well. A hearing is scheduled Thursday in Baton Rouge state court.

Assistant District Attorney Stuart Theriot, in the court filing earlier this month, argues the video of the Miami shooting and the prison phone call involving Edwards and another TBG member should be admissible at Edwards' trial.

"Once again, the motive and intent is retaliation against NBA by Edwards, a TBG member," Theriot states in the filing.

Edwards' attorney, Ron Haley, disagrees with the prosecutor and says "rumors are not evidence."

"I believe it is inappropriate for the DA's office to attempt to introduce evidence of a shooting in Miami that my client has not been charged with," Haley said Wednesday in an email.

Gaulden's girlfriend was wounded in the shoulder during the shootout in Miami. Authorities said gunmen opened fire on Gaulden's group and legally armed members of his entourage returned fire, resulting in the death of a bystander — a Hertz rental car employee who was leaving work when he got caught in the crossfire.

"As Mr. Gaulden appeared to be the intended target, law enforcement view this shooting as another retaliation against NBA from the TBG group," Theriot wrote.

The NBA and TBG groups have been feuding for years, but the feud escalated when Baton Rouge rapper Garrett "Gee Money" Burton, who performed with the TBG group, was fatally shot in 2017 outside his music studio on Dallas Drive in Baton Rouge.

Deandre Fields, an alleged associate of Gaulden, was arrested in Burton's killing in 2019 and indicted last month on a second-degree murder charge. Fields, of New Roads, was shot last spring, and Edwards is charged with attempted murder in that shooting.

Theriot also is asking that Fields' indictment and Edwards' attempted murder charge in the shooting of Fields be allowed into evidence at Edwards' trial on the charges stemming from the shootings in April and July of last year.

"The shooting of Mr. Fields allegedly by Edwards is direct retaliation for Mr. Fields' role in the death of Mr. Burton," the prosecutor stated.

Edwards is currently free on a $1.82 million bond. At his bond hearing last year, law enforcement officers characterized the NBA and TBG groups as gangs and called Edwards a "top enforcer" with TBG.

Edwards also is charged in the April 6 and July 4 shootings with two counts each of illegal use of weapons and aggravated criminal damage to property, and one count of assault by drive-by shooting.

He's also charged with aggravated assault with a firearm in a June 25 incident; illegal possession of stolen firearms and illegal carrying of a weapon with a controlled dangerous substance stemming from a February 2020 incident; and discharging a firearm from a car during an April 2019 incident.

Gaulden's agent, Desmond "Dump" Hardnett, was fatally shot in May 2018. No suspects have been identified in that case.

Another local rapper, Blvd Quick, was shot to death just months later in November 2018. Authorities have said they're investigating whether he was targeted because of his affiliation with Burton. Both were members of TBG.

Gaulden and 15 others were arrested in September on drug and gun counts while creating a music video in Baton Rouge. They have not been formally charged, but both state and federal prosecutors are looking into the incident.

Gaulden was given a suspended 10-year prison term in 2017 and put on probation after he pleaded guilty to aggravated assault with a firearm in a 2016 nonfatal shooting. His probation ended in December 2019.