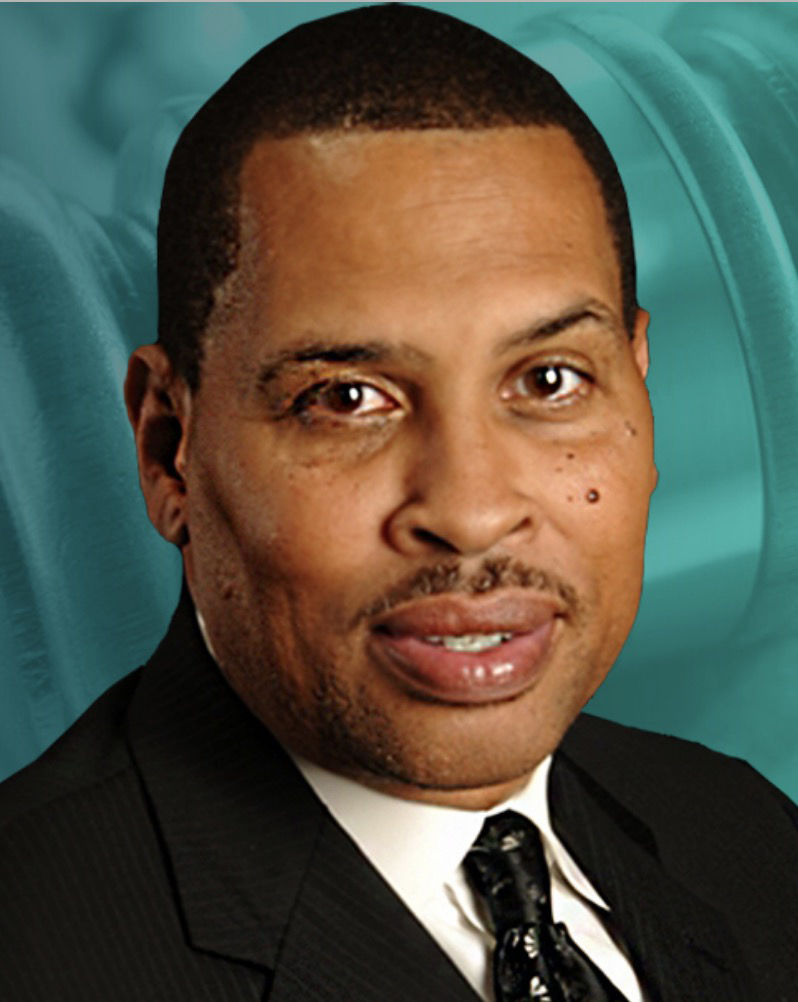 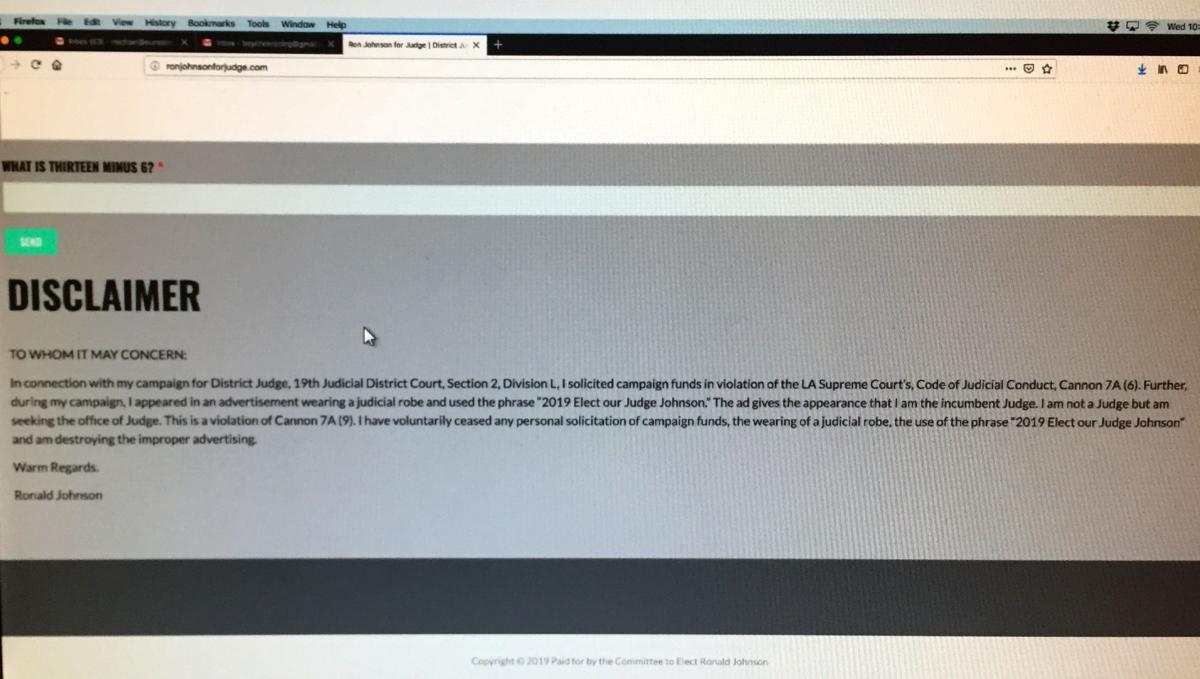 Disclaimer once posted on ronjohnsonforjudge.com

The twin brother of a Baton Rouge state judge has admitted violating the code governing judicial candidates, and will no longer personally solicit campaign contributions or wear a judicial robe in ads for his own judicial bid.

Ron Johnson, a longtime lawyer, is running for a soon-to-be-vacated seat on the 19th Judicial District Court, where Don Johnson is a sitting judge.

Documents from the state Supreme Court indicate the Louisiana Judicial Campaign Oversight Committee reached what the panel called an "informal resolution" with Ron Johnson regarding violations of the Code of Judicial Conduct, which also governs judicial candidates.

In a June 18 letter to Ron Johnson, committee staff attorney Caitlin Morgenstern confirms that he has agreed to withdraw and delete all previous letters and Facebook posts in which he personally solicited campaign contributions.

Morgenstern's letter also says Johnson agreed to destroy all advertisements "where you appear in a judicial robe and/or use the phrase `2019 Elect our Judge Johnson'."

Her letter instructs Johnson to post a retraction letter to his campaign Facebook page and website and mail the letter to all recipients of the fund solicitation letter.

Johnson said in an interview Tuesday that he took responsibility for the errors he made and corrected them. The errors were due to an oversight, he said.

"Any time you run for office you're subject to making mistakes," Ron Johnson said.

The Judicial Campaign Oversight Committee is authorized by the Louisiana Supreme Court to review and investigate complaints alleging violations of the Code of Judicial Conduct.

The complaint against Ron Johnson was anonymous. Johnson said his concern is with complying with the rules and regulations, and not with who made the complaint.

In a May 31 letter to Morgenstern, Johnson apologizes and says "there was no willful intent to cause any concerns, confusion or lack of compliance."

Johnson's campaign website contains a DISCLAIMER and letter in which he acknowledges violating two canons of the Code of Judicial Conduct:

In the letter on his website earlier last week, Ron Johnson acknowledges he appeared in an ad wearing a judicial robe and used the phrase "2019 Elect our Judge Johnson."

"The ad gives the appearance that I am the incumbent Judge. I am not a Judge, but am seeking the office of Judge," he writes.

As far as campaign funds are concerned, the Code of Judicial Conduct says campaign committees may solicit and accept contributions for a judge or judicial candidate's campaign but "no undue pressure or coercion may be applied in such solicitation."

Ron Johnson is campaigning for the 19th JDC seat that retiring longtime state District Judge Mike Erwin will give up Aug. 1. Erwin's term doesn't expire until the end of 2020.

The qualifying period for the Oct. 12 election to fill the remaining portion of Erwin's term is Aug. 6-8.