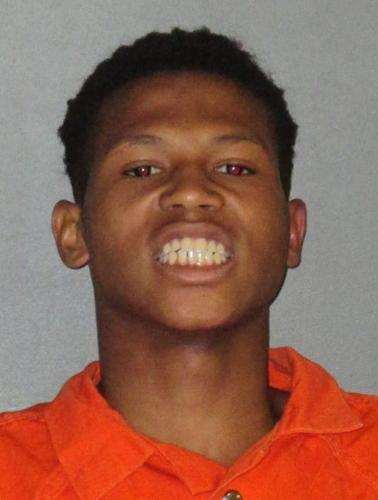 Baton Rouge rapper NBA YoungBoy has been indicted by a federal grand jury on firearm counts stemming from his September arrest in Baton Rouge while filming a music video.

The March 10 indictment of the rapper, whose real name is Kentrell Gaulden, was unsealed late Tuesday, a day after he was arrested and taken into custody in Los Angeles on a federal firearm warrant out of Baton Rouge.

NBA YoungBoy arrested in Los Angeles on federal warrant out of Baton Rouge, his lawyer says

According to reports, rapper NBA YoungBoy was arrested around 1 p.m. in Los Angeles.

Gaulden's attorney took serious issue Wednesday with the way his client was arrested.

"What happened to him in California was a travesty," lawyer James Manasseh said. "Every law enforcement agency knows we represent Kentrell and no one told us of his warrant. Had they told us he was indicted, we would have voluntarily surrendered him at our office in a safe and non-public manner.

"The surprise tactic of arresting him in California was unnecessary. It was simply a show of force and power upon an individual by the Government," he added in a written statement.

Manasseh said Gaulden intends to fight the federal charges and looks forward to clearing his name.

Gaulden, according to a report by CBS Los Angeles, was arrested Monday afternoon following an attempted traffic stop that ended with him trying to run away.

Gaulden, 21, is charged in the indictment with possession of firearms by a convicted felon, and possession of a firearm not registered in the National Firearms Registration and Transfer Record.

The guns he allegedly possessed on Sept. 28 were a .45-caliber pistol and a 9mm pistol, according to the Baton Rouge federal grand jury indictment.

Manasseh said Gaulden did not have a gun "on his person."

Another Baton Rouge man, Morrow D. Battie, 22, is charged in the indictment with the same crimes.

Federal prosecutors are seeking the forfeiture of the weapons if convictions are obtained.

Gaulden was arrested in late September along with 15 others, including Battie, on drug and firearm counts while making a music video in Baton Rouge. During the arrests, police confiscated drugs and 14 guns, including one that was stolen and two with illegal stocks; and seized $79,000.

$47,000 seized from Baton Rouge rapper NBA YoungBoy during September arrest to be returned

A judge Thursday ordered the return of more than $47,000 seized from Baton Rouge rapper NBA YoungBoy when he and 15 others were arrested in Se…

Officers went to the 3800 block of Chippewa Street about 4:30 p.m. on Sept. 28 and found members of the “Never Broke Again” (NBA) and “Bottom Boy Gorilla” (BBG) groups — police described them as "gangs" — gathered at the lot shooting a video, Gaulden’s arrest documents state.

When officers arrived, some at the scene ran away while others were detained for questioning.

In December, state District Judge Tiffany Foxworth ordered BRPD to return more than $40,000 in cash, a $300,000 cashier's check, and two diamond necklaces and a diamond ring that had been confiscated from Gaulden during that arrest.

The rapper previously served 90 days in jail in the summer of 2019 after a state judge handed down a temporary probation hold in a 2016 nonfatal shooting case. At the time, prosecutors had moved to revoke his probation entirely, which would have sent him to prison for 10 years, following his involvement in a shootout in Miami on Mother's Day 2019 that left a bystander dead.

Gunmen opened fire on Gaulden and several of his associates outside the Trump International Hotel, wounding his girlfriend in the shoulder. Legally armed members of his entourage returned fire, killing a bystander. Miami-Dade police said no members of Gaulden's party would be charged because they acted in self-defense. No arrests have been made in the shooting.

In May, prosecutors in the Miami shooting linked the deadly affair to a Baton Rouge feud between the NBA group, founded by Gaulden, and the TBG ("Top Boy Gorilla") rap group.