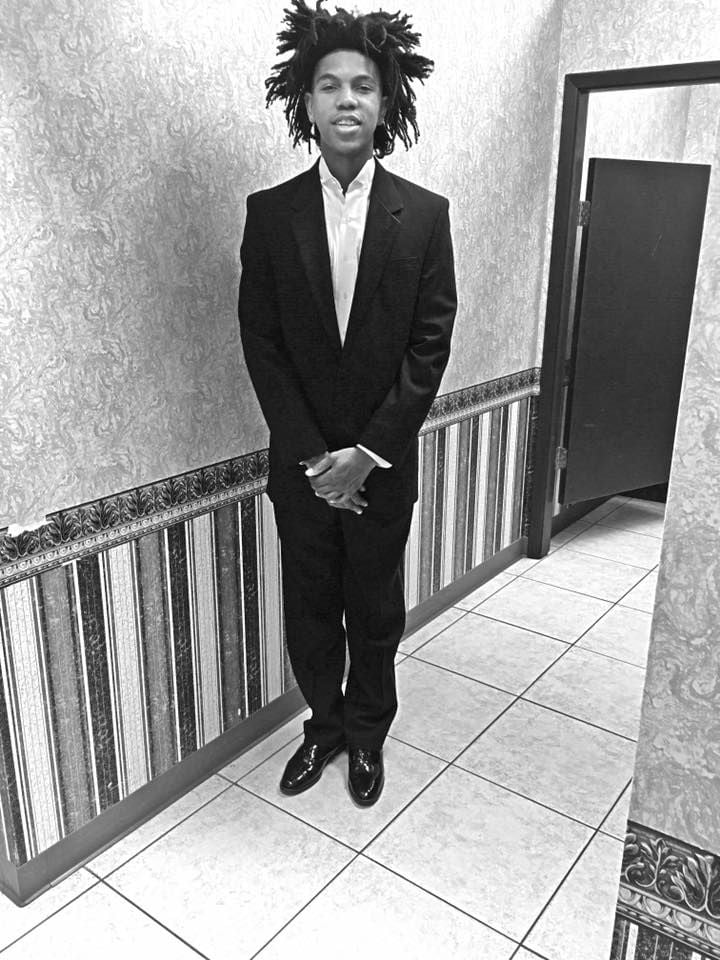 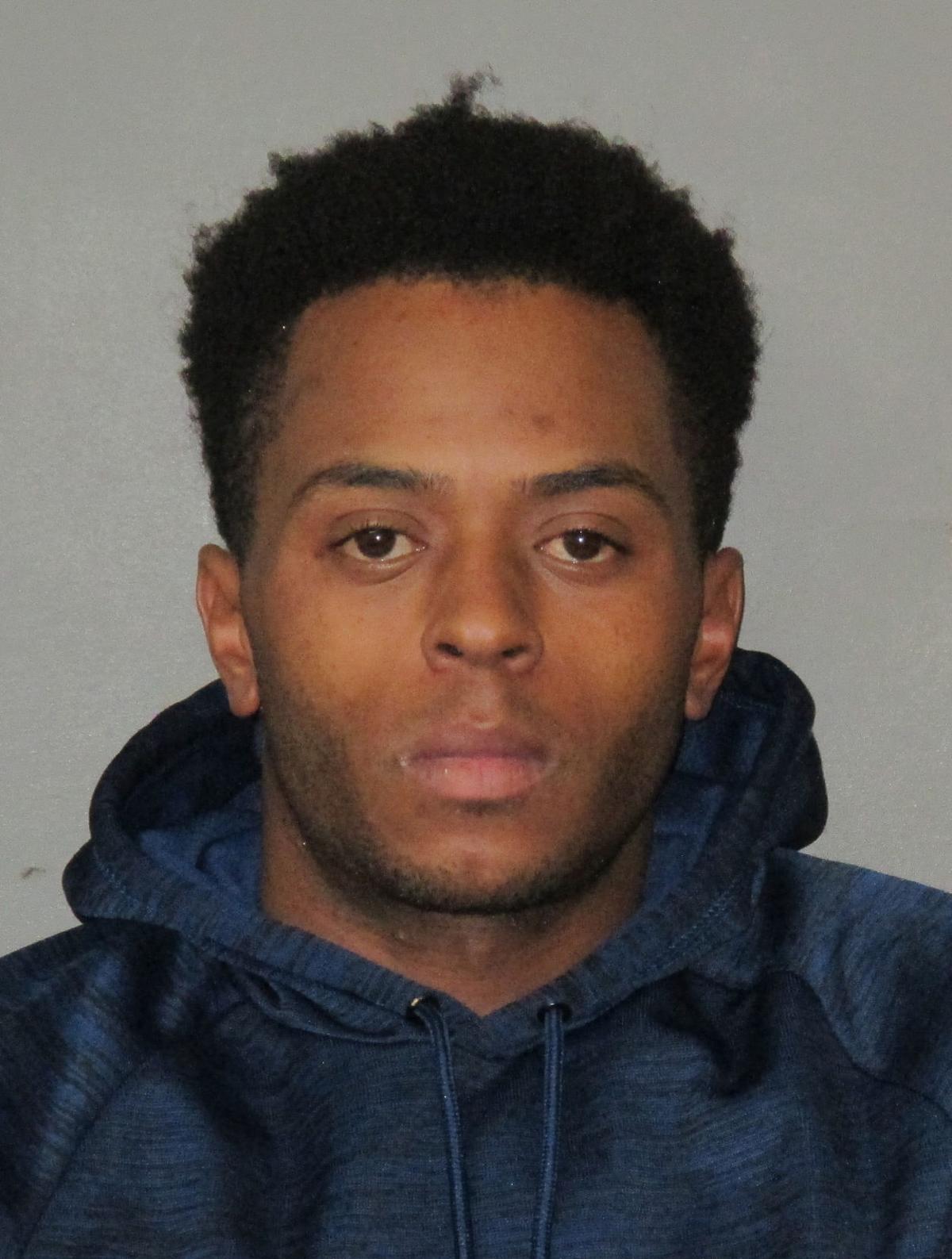 Nearly 3½ years passed before formal charges were filed in the 2017 shooting death of Baton Rouge rapper Gee Money outside his music studio on Dallas Drive.

Deandre Fields, an associate of rival local rap artist NBA YoungBoy, was indicted earlier this year on a second-degree murder count in the slaying of Gee Money, 22, whose real name is Garrett Burton.

Now, according to a new court filing in Fields' case, one of the witnesses to Burton's killing is himself facing a murder charge in an unrelated homicide in Tigerland.

It was not immediately clear what impact the latest development in the case will have on the prosecution of Burton's alleged killer.

The witness, Donavon Cortez Jefferson, was indicted last year on a second-degree murder count in the November 2019 slaying of Derek Jones inside a Jim Taylor Drive apartment.

A Baton Rouge man accused of fatally shooting another man last fall inside a Jim Taylor Drive apartment in Tigerland was indicted Thursday.

Jefferson's connection to the case involving Burton and Fields was revealed Oct. 21 in a motion filed to relieve the local public defender's office from representing Fields and have a new attorney appointed to represent him.

That office has been representing both Fields, 27, of New Roads, and Jefferson, 32, of Baton Rouge.

"This is clearly a conflict of interest for our office since we have recently represented Donavon Jefferson who is a witness in Mr. Fields' murder case," East Baton Rouge Parish Assistant Public Defender Margaret Lagattuta wrote in the motion.

Lagattuta's motion states that six witnesses, including Jefferson, were present when Burton was killed in September 2017.

Asked whether Jefferson's legal troubles could impact the Fields case in terms of Jefferson's ability to testify, East Baton Rouge District Attorney Hillar Moore III said Thursday he spoke with prosecutor Stuart Theriot "and we don't think we should comment at this time since it is ongoing."

Lawyer Brady Skinner is now representing Fields. The public defender's office also is no longer representing Jefferson because Assistant Public Defender Sara Clarke asked to be relieved several months ago because she previously represented the victim in the Tigerland shooting. Lawyer Kenneth Willis was appointed to represent Jefferson.

Authorities have said Burton's slaying stemmed from a feud between Burton and NBA YoungBoy, whose real name is Kentrell Gaulden.

The TBG and NBA rap groups, described by East Baton Rouge Parish authorities as gangs, have been feuding for years.

The beef between Burton and Gaulden began when Burton released a song containing "derogatory lyrics" about Gaulden's sister, Fields' arrest warrant states. Gaulden responded with a social media post and the bad blood escalated from there, the warrant says.

Burton said in an August 2017 interview with the blog SayCheeseTV that Gaulden had "got the big head" after some success and the two probably would never make music together — in part because of the drama involving Gaulden's sister.

Police interviewed Fields three days after Burton's death, and he told detectives he drove to Hammond "to get gas" the night of Sept. 10, 2017, according to the warrant. Detectives later obtained Fields' phone records, which showed he wasn't in Hammond the night of Burton's death, but was actually in Baton Rouge.

When police asked Fields who among his friends would shoot people for the NBA group, he replied: "To be honest, me." He also referred to "problems in the streets."

Fields faces a mandatory sentence of life in prison if found guilty as charged in Burton's death.

Fields himself was shot in April 2020 in Baton Rouge, and local rapper Lit Yoshi, whose real name is Mieyoshi Edwards, is charged in state court with attempted murder in that shooting.

Edwards, who also faces attempted murder charges in several other local shootings, is a known TBG member, authorities have said.

A federal grand jury in Baton Rouge indicted Gaulden in March on charges that he possessed a firearm as a felon in September 2020 and that he also possessed a firearm not registered to him in a federal database. Gaulden also was indicted in August on a weapons charge by a federal grand jury in Los Angeles after he was allegedly found in possession of a pistol and ammunition when agents picked him up in California on the arrest warrant out of Baton Rouge.

He is currently under house arrest in Utah while awaiting trial on his federal charges.

Gaulden was given a suspended 10-year prison term in August 2017 and put on probation for three years after he pleaded guilty to aggravated assault with a firearm in a 2016 nonfatal shooting.

A Baton Rouge judge last month revoked Edwards' $1.82 million bond after an FBI agent testified that five guns, ammunition and a bulletproof vest were found in July in a Florida home where the rapper was under house arrest while awaiting trial.

A judge revoked Lit Yoshi's $1.82 million bond Thursday after an FBI agent testified that five guns, ammunition and a bulletproof vest were fo…