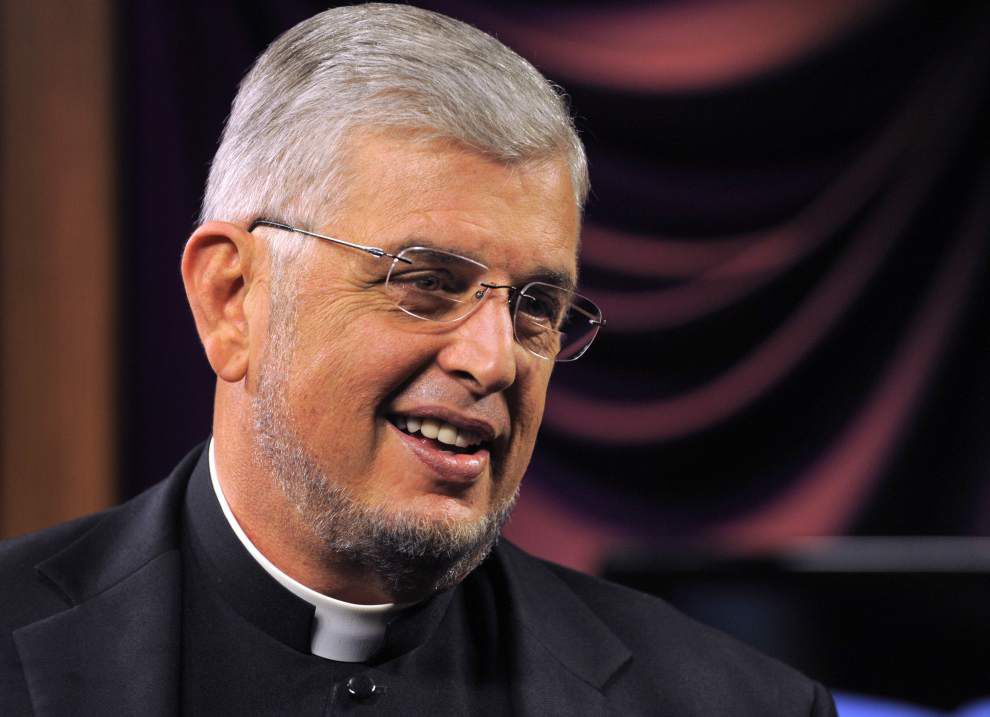 Advocate Staff Photo by Travis Spradling -- Father Jeff Bayhi smiles, in between segments being taped for his show 'A Closer Walk with Father Jeff Bayhi.' Bayhi pastors two churches and does the show, which was taping Thursday, June 14, 2012, in Catholic Life Television's studio in the Bishop Robert E. Tracy Center, at the Catholic Life Center. 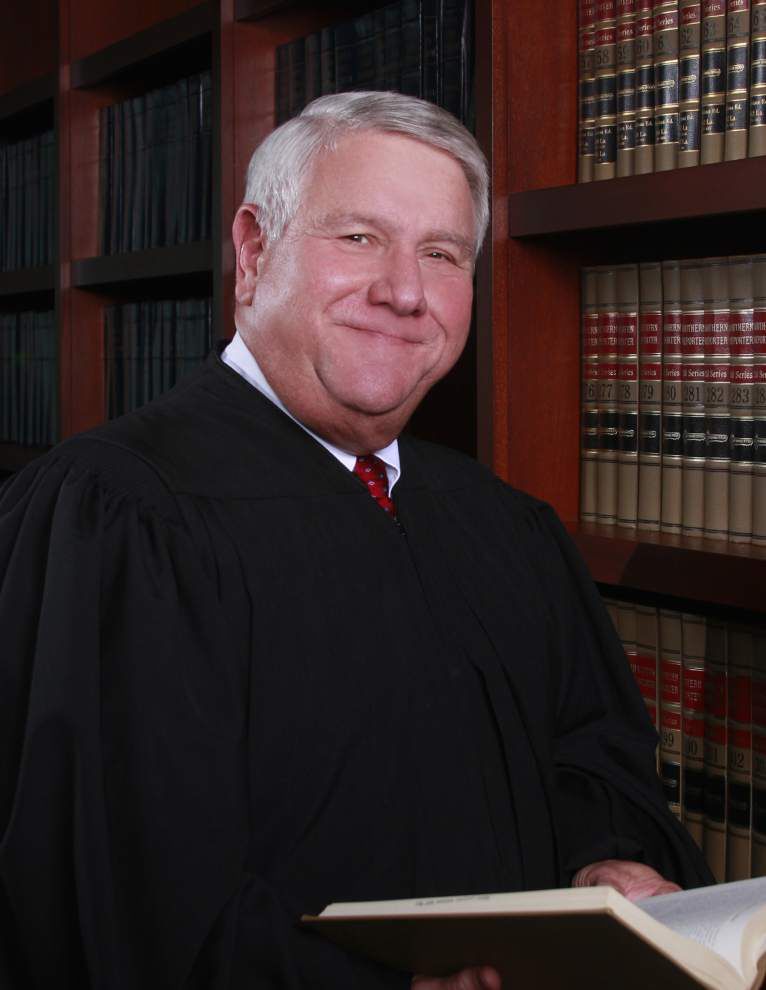 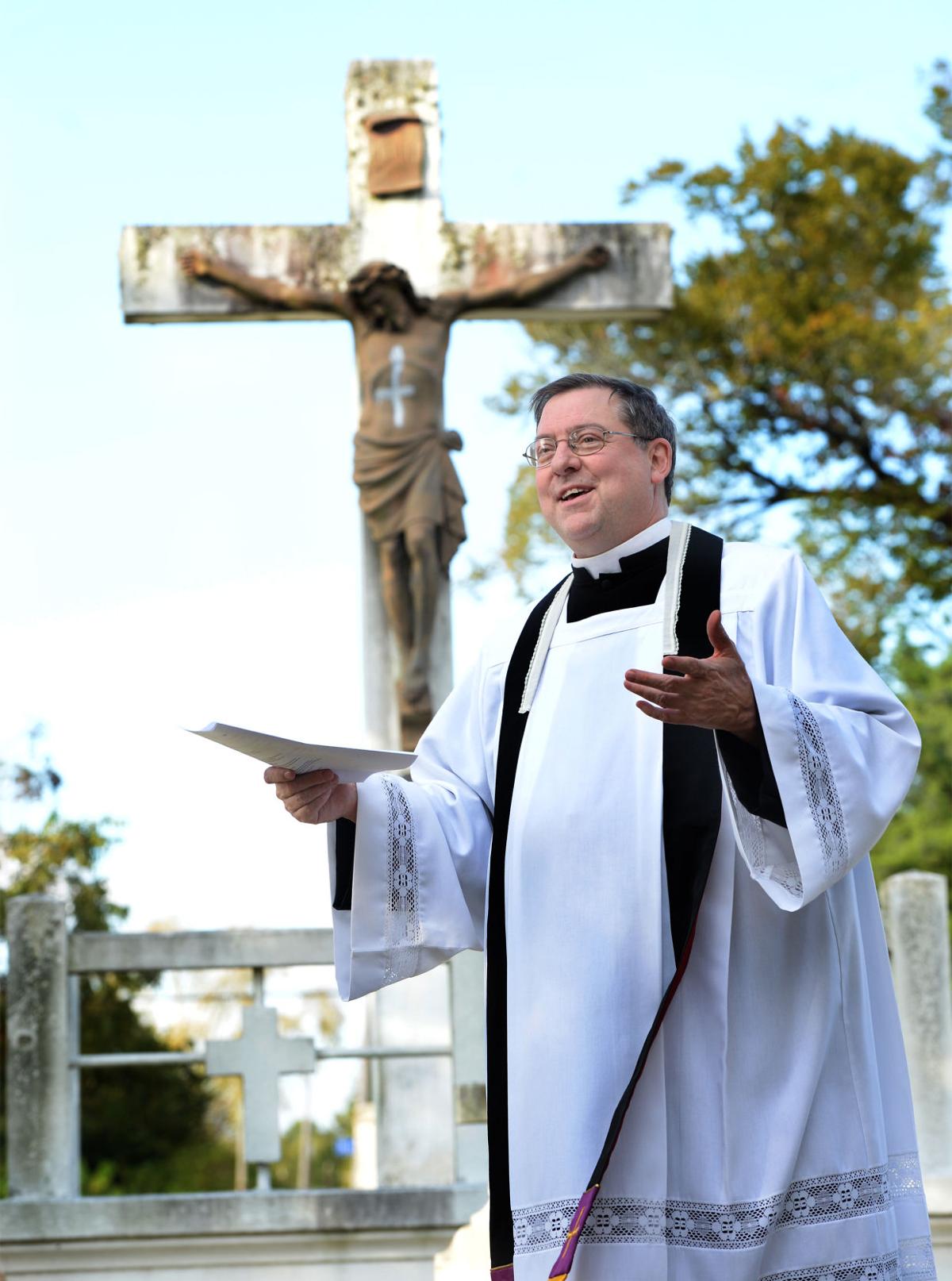 The Rev. Paul Counce holds an All Saints Day Blessing of the Graves ceremony at the St. Joseph Cemetery on Main Street Tuesday.

Advocate Staff Photo by Travis Spradling -- Father Jeff Bayhi smiles, in between segments being taped for his show 'A Closer Walk with Father Jeff Bayhi.' Bayhi pastors two churches and does the show, which was taping Thursday, June 14, 2012, in Catholic Life Television's studio in the Bishop Robert E. Tracy Center, at the Catholic Life Center.

The Rev. Paul Counce holds an All Saints Day Blessing of the Graves ceremony at the St. Joseph Cemetery on Main Street Tuesday.

A state judge ruled Wednesday that a jury can't consider what a teen told a priest in confession, a major blow to her contention that the Catholic church mishandled her claims that a prominent parishioner had sexually abused her.

It’s the latest development in a longstanding lawsuit against the Catholic Diocese of Baton Rouge and one of its priests, a legal action that has already led to a Louisiana Supreme Court ruling upholding the confidentiality of confession and shielding priests from being forced to testify about what they are told in confession.

In the suit, filed in 2009, Rebecca Mayeux claims she told Father Jeff Bayhi when she was a teenager that she was being sexually abused by a longtime church parishioner. But Bayhi, her pastor, did nothing to stop or report the alleged abuse she reported in the confessional, the suit says.

The suit, which makes other claims against Bayhi and the estate of the now-deceased parishioner, George Charlet Jr., is scheduled to be heard Oct. 23 by an East Baton Rouge Parish jury. It was unclear what impact state District Judge Mike Caldwell's ruling will have on that trial date. One of the remaining issues is whether Bayhi obtained information outside the confessional that would have triggered his duty to report sexual abuse allegations.

Caldwell said he will maintain the trial date for the time being. Mayeux's attorney, Brian Abels, said he will likely ask the state 1st Circuit Court of Appeal to review and reverse the judge's decision.

Lawyers representing the Diocese of Baton Rouge and Bayhi, who testified at Wednesday's hearing, applauded the judge's ruling.

"Father Bayhi and the church are obviously very pleased with the ruling which is an important one for religious freedom," said Michael DeShazo, one of the lawyers. The other is Don Richard.

Caldwell repeatedly cited that ruling while delivering his decision from the bench. He said civil courts cannot interfere in church tenets.

"This is a gut-wrencher," Caldwell acknowledged. "It is not something I take lightly." His ruling came several weeks after lawyers for Bayhi and the diocese filed court papers arguing that he lacked subject matter jurisdiction over the confessional issue.

Bayhi reiterated in his testimony Wednesday what he has said from the beginning of the court case — that he can neither disclose what is said in the confessional nor confirm that a confession even took place.

"The fact that someone went (to confession) is absolutely confidential," he said.

Father Paul Counce, a Roman Catholic canon lawyer and pastor of St. Joseph Cathedral in downtown Baton Rouge, also testified that the breaking of the seal of confession by a priest would lead to automatic excommunication of the priest.

"It's that binding," he said of the seal of confession.

A court finding that the confidential nature of confessions is not absolute would have a chilling effect on the willingness of those to confess their sins and seek absolution, Counce added.

"We depend on people being honest to God, excuse the pun," he said. "Fewer and fewer people would avail themselves of the sacrament of reconciliation."

DeShazo argued to Caldwell that canon law, or church law, is the "determining factor" on the issue of confidential communications. To put that issue before a jury would irreparably harm Bayhi and the Catholic Church, DeShazo said.

Abels contends Mayeux was not seeking absolution from Bayhi when she spoke with him, and that the priest had a duty under Louisiana's mandatory reporter laws to report what he heard.

"It is not for a court to determine if a confession took place," Counce testified.

Caldwell said the issue is serious and complicated and required a tremendous balancing act involving the reporting of alleged child abuse and religious freedom.

Determining whether Mayeux made a confession per se would require an interpretation of church law, the judge said.

"I don't have jurisdiction to decide that," he stated