People gather in the parking lot of Trader Joe's for a vigil honoring the memories of Danny Buckley and Trayford Pellerin, Saturday, August 29, 2020, near the intersection of Perkins Road and Acadian Thruway in Baton Rouge, La. Danny Buckley, 61, was shot and killed by Jace Boyd, 24, while panhandling in the parking lot on Saturday, August 24. Trayford Pellerin was shot and killed by Lafayette Police Department officers Friday, August 21 in Lafayette, La. 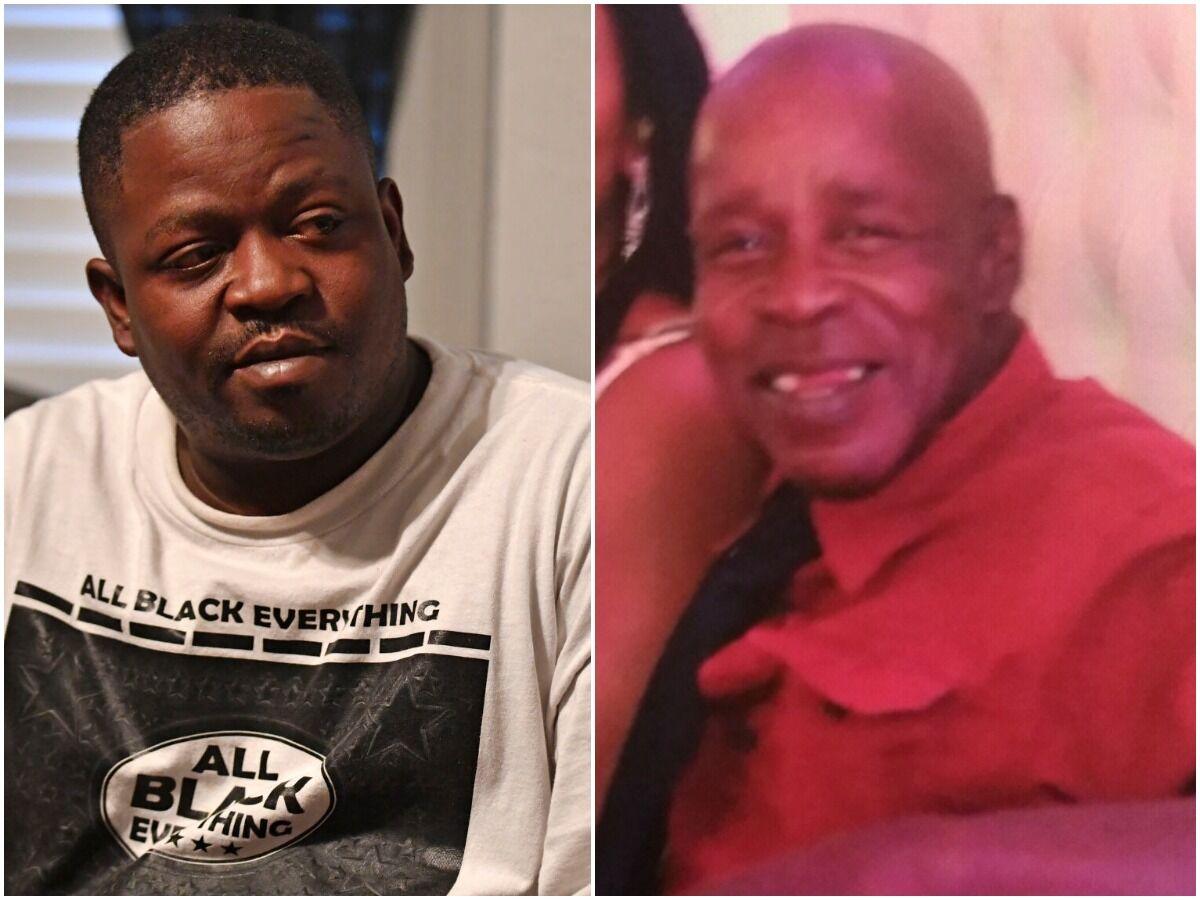 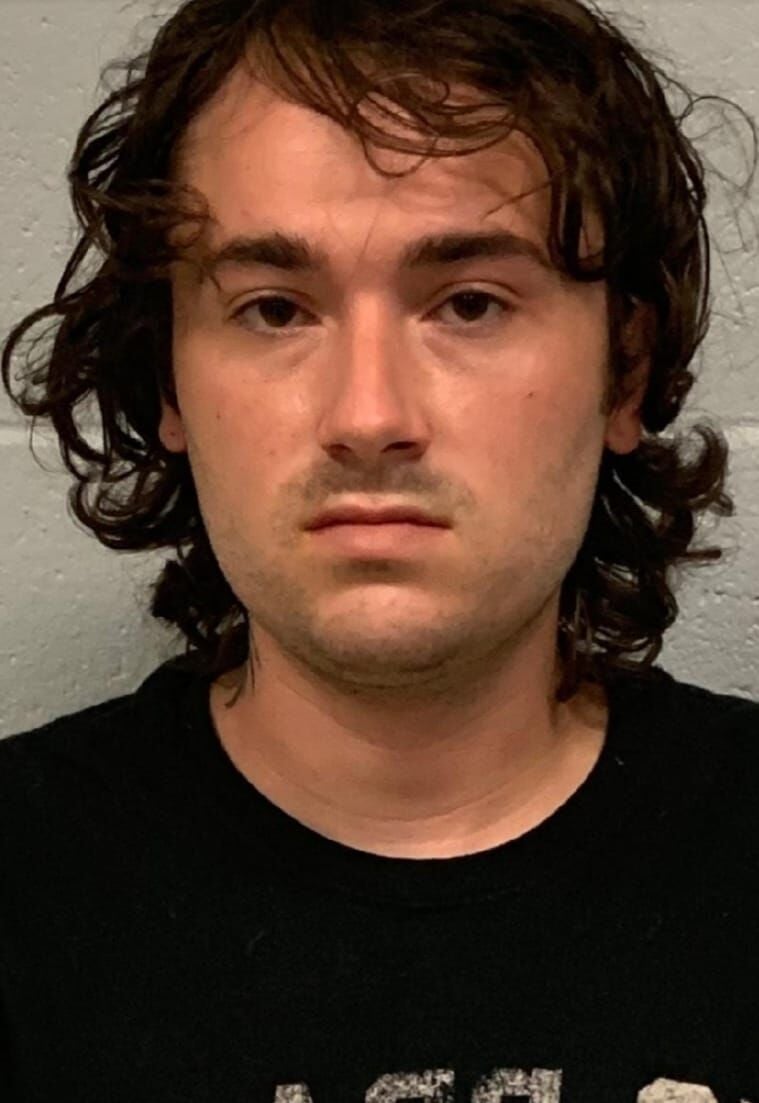 People gather in the parking lot of Trader Joe's for a vigil honoring the memories of Danny Buckley and Trayford Pellerin, Saturday, August 29, 2020, near the intersection of Perkins Road and Acadian Thruway in Baton Rouge, La. Danny Buckley, 61, was shot and killed by Jace Boyd, 24, while panhandling in the parking lot on Saturday, August 24. Trayford Pellerin was shot and killed by Lafayette Police Department officers Friday, August 21 in Lafayette, La.

The day before a panhandler was shot to death last August outside the Trader Joe's on Perkins Road, he had been banned from a nearby shopping center after a complaint about aggressively begging customers for money, according to a police report revealed in legal filings Tuesday.

Jace Boyd, 25, has argued he shot Danny Buckley, 61, in self defense because Buckley was being aggressive. Lawyers for Buckley's family reacted strongly to the new information, saying he was killed because of the color of his skin, not threatening behavior.

A police report recently filed in Boyd's second-degree murder case says Buckley left the Acadian-Perkins Plaza "without incident" after officers were dispatched to the Burgersmith at 3613 Perkins on Aug. 21.

Buckley, 61, was fatally shot the next day in the parking lot of Trader Joe's, located at 3535 Perkins.

The recent filing by prosecutors in Boyd's murder case includes a statement from Acadian-Perkins Plaza partner Jon Claitor, who said he called police on Aug. 21 because Buckley was being "aggressive toward customers entering Burgersmith."

The prosecution filing was a supplemental answer to a defense request for discovery in the murder case.

Claitor, added in an interview Tuesday that he had given Buckley money in the past and had been "very kind to him for a number of years." He said in his statement to prosecutors last August that he had known Buckley for years and that he had worked for the Claitor's Publishing printer.

"I've run him off for years ... extremely aggressive panhandler. He is well known in our center for being aggressive ... I definitely see Danny approaching the wrong person & begging over-aggressively. Not a surprise to me that he was shot," his statement reads.

Attorneys for Boyd, who is White, have said their client shot Buckley, a Black man, in self-defense.

An attorney for the Buckley family, who is suing Boyd, said he wasn't killed because he was a real threat.

"In America, Black skin has always been weaponized as confrontational or hostile," said lawyer Jessica Hawkins, who represents the slain man's family.

"Mr. Buckley was not murdered for some perceived aggression, but because white men like Jace Boyd still believe that they are endowed with 2nd Amendment militia power to eliminate any 'perceived' Black threat," Hawkins said.

"If wearing a hoodie or jogging in a neighborhood can be a death sentence for Trayvon Martin and Ahmad Arbery, then why not interacting — in a non aggressive manner — with two young white women in a Trader Joe's parking lot?" she asked.

At least one witness has stated publicly that she did not feel threatened when Buckley approached her outside Trader Joe's asking for money.

In a recent court-filed answer to the Buckley family lawsuit against Boyd, his attorneys claim Buckley "was the aggressor ... who provoked the incident giving rise to this litigation."

"Mr. Boyd acted in self defense and in defense of others," his lawyers wrote.

One of those lawyers, J. Arthur Smith III, said Tuesday he had no additional comment on the case.

Boyd's attorneys have said in other court filings that Buckley was "heavily intoxicated" at the time of his death and displayed "aggressive and threatening" behavior toward Boyd.

A toxicology report showed Buckley's blood-alcohol level was 0.271% — more than three times the legal driving limit — at the time of his death.

The lawsuit against Boyd depicts him as the aggressor and claims he gunned down an unarmed and "hapless" Buckley at the upscale Perkins Road shopping center where Trader Joe's is located.

Boyd's attorneys have said Boyd and his fiancée were seated in his truck in the Trader Joe's parking lot when Buckley knocked loudly on one of the truck's windows. They told him they had no money for him.

After Buckley approached two young women nearby, Boyd firmly but respectfully told him to leave the women alone. Buckley then began progressing toward Boyd. His fiancée perceived Buckley's body language and speed as "aggressive and threatening," Boyd's attorneys have written.

Boyd's fiancée recalled hearing Boyd tell Buckley to stop multiple times, before Boyd armed himself with a pistol. Boyd pointed the gun at Buckley but it misfired, and Buckley continued approaching Boyd "quickly and aggressively." Buckley's behavior was erratic and he appeared intoxicated, Boyd's lawyers have stated.

The Buckley family lawsuit says Boyd and Buckley initially had a "brief verbal exchange" outside Trader Joe's and then Buckley walked away and proceeded to converse with two White women in their early 20s.

Boyd, who remains free on $300,000 bond, also is charged with illegal use of a weapon. A second-degree murder conviction would carry a mandatory sentence of life in prison.

Danny Buckley, shot outside Trader Joe's, had life of ups and downs, his son says

Long before his death made headlines, Danny Buckley spent decades building a life in Baton Rouge.