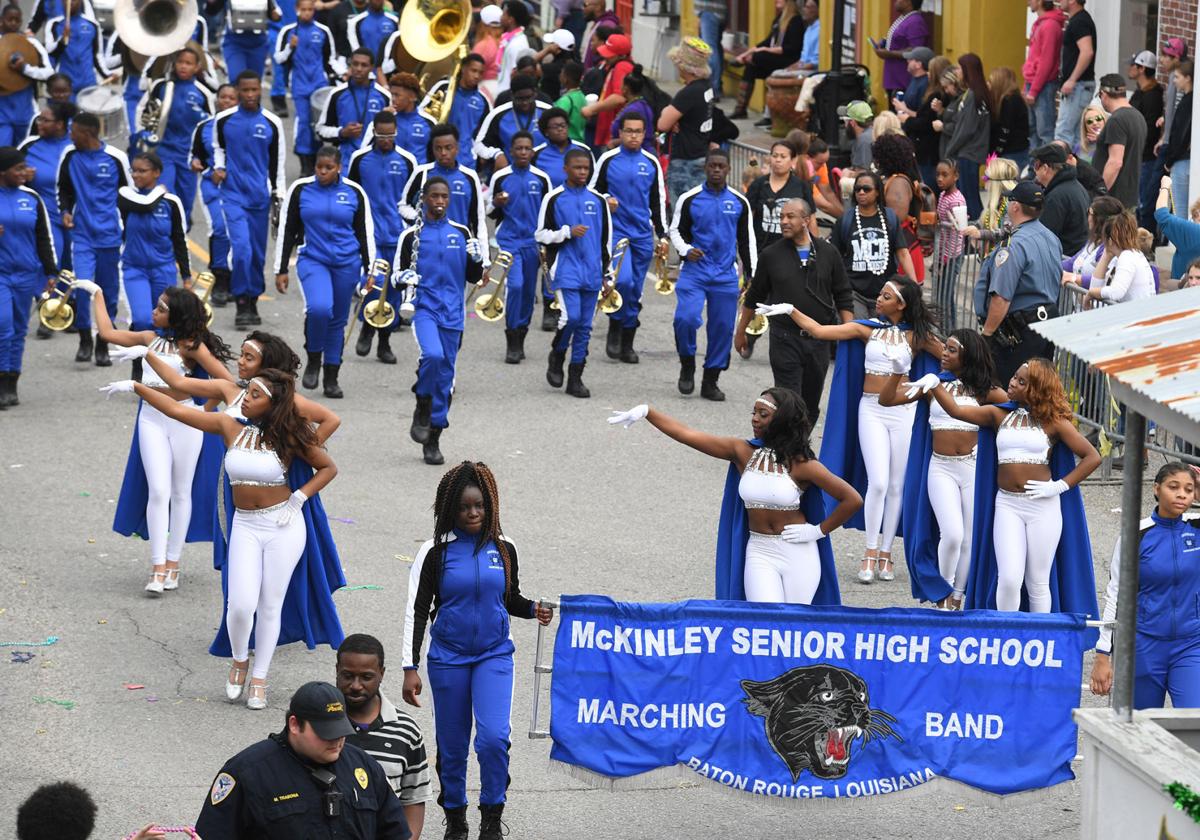 A former McKinley High School student who spent five days in the hospital in 2014 after he was ordered to do 200 push-ups for being tardy to marching band practice was awarded $185,000 by a jury Thursday.

Tristen Rushing, now 20, and his mother, Melissa Rushing, had sued the East Baton Rouge Parish School Board in 2015, as well as McKinley High and the school's former volunteer assistant band director, Jason Jones, who ordered Rushing to perform the push-ups as punishment for being late.

Sean Fagan, the attorney for Tristen and Melissa Rushing, said the School Board is liable for the damages awarded to the Rushings.

“We’re going to sit down and evaluate it and decide how to proceed,” School Board attorney Domoine Rutledge said.

Tristen Rushing, who is now in college, said it was important for him to get his story out.

“For me it really was about getting justice. I really felt that the school system owed me my justice,” he said outside state District Judge William Morvant’s courtroom shortly after the judge read the verdict “This shouldn’t happen to any student.”

“I’m just glad he had his day in court. He’s a good kid. It greatly affected him and our family,” she said.

Melissa Rushing also said it is her hope that what happened to her son never happens to any other student.

“I wanted them to recognize it was a serious thing,” she said of the defendants in the suit.

Tristen Rushing said McKinley marching band members are no longer disciplined with push-ups, and physicals are required before a student can join the band.

Rushing was 16 when he was hospitalized for five days with muscle and kidney issues after the Oct. 28, 2014, incident involving the push-ups.

Rushing testified at the trial that his arms swelled so much that they resembled those of the cartoon character Popeye, and he said his urine turned "pitch-black."

Dr. Robert Chasuk treated Rushing at the hospital and testified that Rushing's damaged muscles released an "unheard of level" of enzymes into his system, which threatened his kidneys and his life if left untreated.

In his closing arguments to the jury Thursday, Fagan said it was "extremely negligent" to order an unconditioned band member to perform anywhere close to 200 push-ups.

“We know he did so many that his muscle tissue started to die,” Fagan said, arguing that ordering push-ups as punishment for being late to band practice violated the School Board’s policy prohibiting corporal punishment.

Carla Courtney, who represents the School Board and McKinley in the case, countered to the jury that School Board policy did not forbid push-ups.

“They didn’t physically do something to him. They had him do something physical. There’s a difference,” she argued. “Push-ups are not unreasonable.”

Courtney acknowledged that 200 push-ups is “a lot of push-ups” but questioned whether an unconditioned person could perform 200 push-ups in 15 minutes as Rushing claimed to have done. She also said the School Board is sorry for what happened to Rushing but argued that the risk of injury was not reasonably foreseeable.

“None of us wanted to see that young man go through that,” Jason Jones’ attorney, Anderson Dotson III, told the jury.