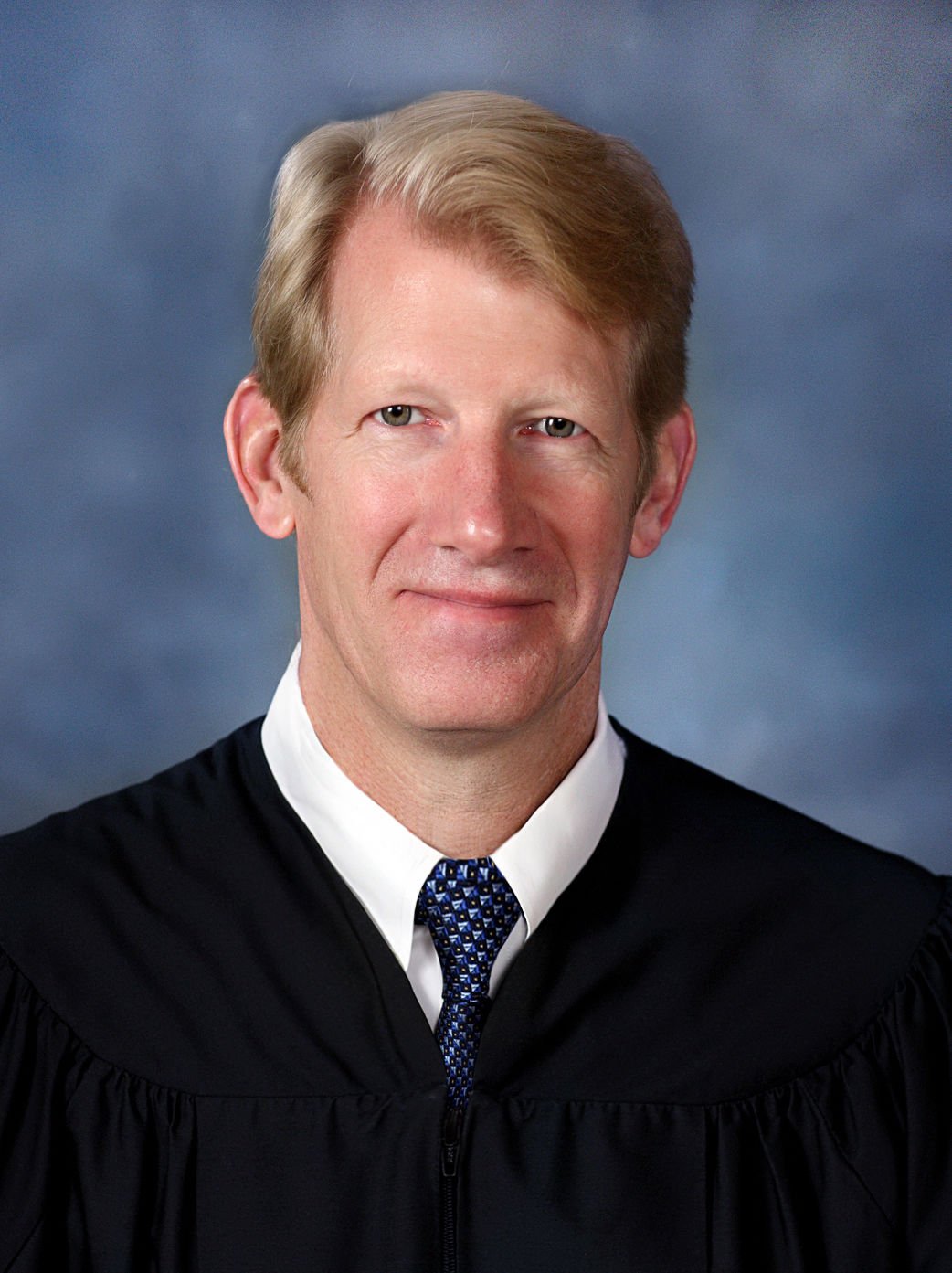 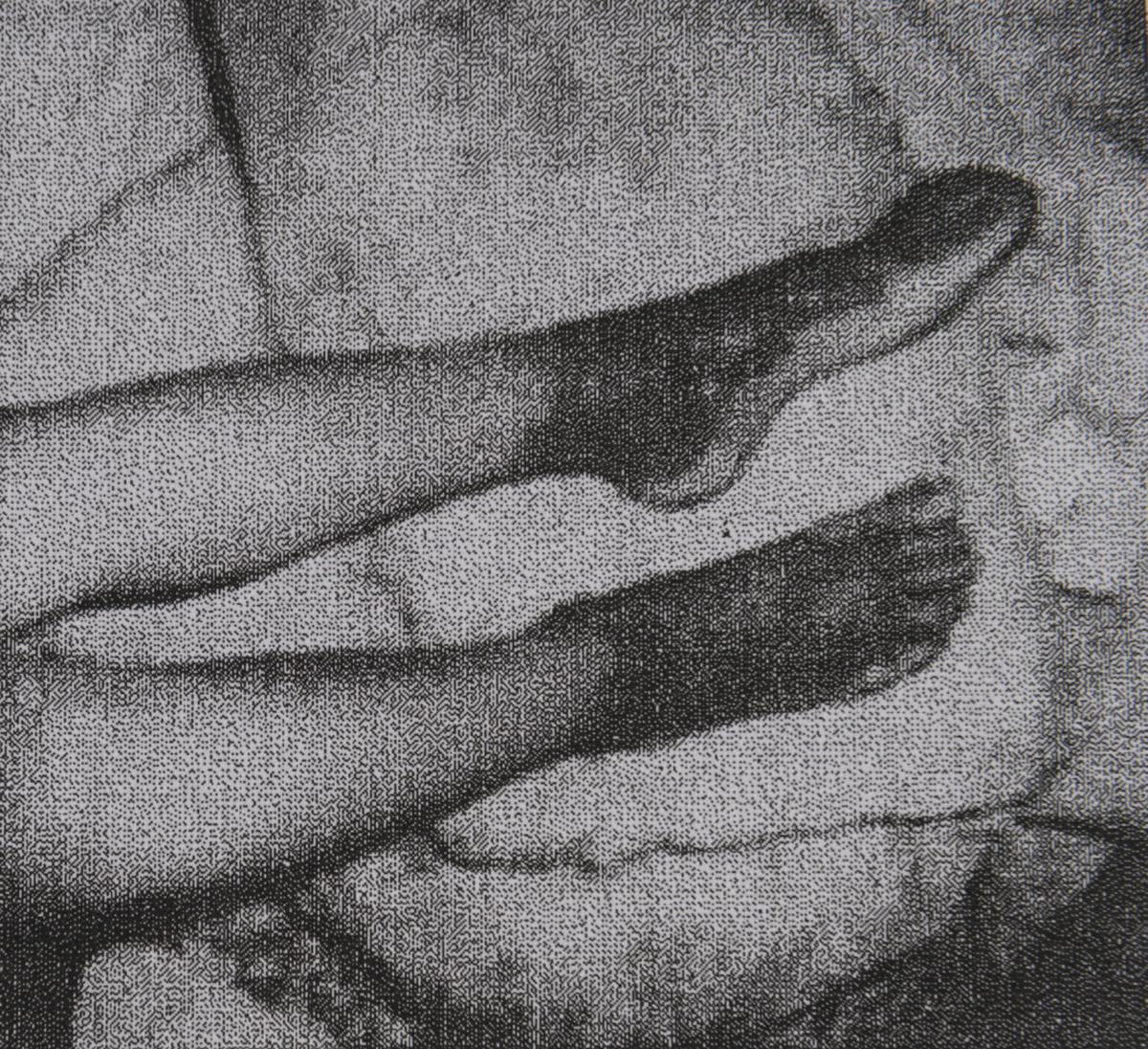 Louisiana Supreme Court Justice Jefferson Hughes III says he acted appropriately in a two-decade-old case when he placed a 5-year old boy in the custody of his mother despite pending abuse charges against the mother’s boyfriend.

Hughes’ handling of the bitterly disputed case led to a five-year FBI investigation after the boy’s paternal grandmother complained that the judge was biased because he was dating the mother’s attorney. The probe never led to charges, but Hughes later wrote a letter apologizing to the grandmother for his handling of the case.

Hughes recently discussed aspects of the case, which arose when he was a state judge in Livingston Parish, in an interview with The Advocate. It was his first on-the-record response to the newspaper’s reporting on the ethical lapses that led him to write at least three apology letters to litigants in his courtroom.

Though he said his handling of the custody was fair, Hughes refused to answer questions about his removal from the case, his relationship with attorney Berkley Durbin, or just what he was apologizing for in the terse letters he mailed off to the grandmother and two others in the probe’s wake.

Hughes dismissed claims by social workers — who intervened on behalf of 5-year-old Austin Nicholson in the case — that he acted with anything but the boy’s interests in mind when he persisted in trying to place Austin with his mother, Kristin Nicholson.

Her boyfriend and soon-to-be husband, Marc Fuselier, was facing a criminal charge for allegedly holding Austin down in scalding bathwater, even as Hughes was lining up a hearing in March 1999 to transfer custody to her.

Fuselier’s attorney in the criminal case, Durbin, was dating Hughes at the time, several people with firsthand knowledge of the relationship have said. Durbin had been Kristin Nicholson’s attorney in her divorce and custody case as well; Durbin stepped off that case just days before Hughes took his first official act on behalf of her client in 1998, by awarding her provisional joint custody.

Hughes defended his actions in the recent interview by focusing on one doctor’s notes about Austin Nicholson, who was 5 years old in 1998 when he was hospitalized with second-degree burns from the Denham Springs bathtub burning. The incident happened under Fuselier’s watch.

That doctor’s report, he argued, was the most reliable evidence that the burning was a self-inflicted accident — at worst, a case of neglect. A plethora of subsequent medical and child welfare reports suggest otherwise.

But Hughes didn’t wait for a judge or jury to weigh in on Fuselier’s criminal charge before deciding custody.

The Nicholson case prompted FBI and Judiciary Commission investigations into Hughes. Those probes focused at least partially on whether Hughes’ decisions were influenced by his relationship with Durbin, who had remained as Fuselier’s attorney, according to hundreds of decades-old court records unearthed by The Advocate.

Fuselier later pleaded no contest to charges that stemmed from the burning. He claims Hughes, who had once presided over that case as well, later advised him to enter the plea.

Despite his relationship with Durbin, Hughes declined to recuse himself from the boy’s custody case. He then ordered the boy to live with his mother, even though social workers raised red flags about the potential for abuse from Fuselier, who had reportedly paddled Austin shortly before the bathtub incident.

While Hughes expressed confidence recently that the doctor’s report cleared Fuselier of child abuse, Austin Nicholson, now 26, has no doubts about what happened to him. In a recent interview, he described to The Advocate how his stepfather forced his 5-year-old frame in the scalding water while he kicked, screamed and struggled.

Photos from the time showed that the burns blackened the tops of Austin Nicholson’s feet, while a ring of burned flesh surrounded his backside.

Hughes, however, leaned on a March 31, 1998 discharge summary from the former Columbia Medical Center in Baton Rouge. The Advocate provided a copy of the record to Hughes, which is included in court filings, upon his request.

A plastic surgeon wrote in his hospital discharge summary that Austin Nicholson’s injuries from the scalding bathwater were “not seemingly a question of battery but one of a lack of parental supervision.”

The doctor stated that Austin’s burn patterns were “consistent” with that story, a conclusion that Hughes deemed sufficient to cast suspicion on the boy’s credibility.

“You interviewed the child after 23 years, after he’d been kidnapped and taken out of the state for two weeks,” Hughes said. Austin Nicholson’s grandmother had defied Hughes’ custody order and spirited the boy across state lines with her son and Austin’s father, Rodney Nicholson.

Hughes’ custody order set off a chain of recriminations, including repeated fisticuffs between Rodney Nicholson and Fuselier. At one point, Fuselier was even booked on a count of assault by drive-by shooting. He denied participating and the charges were later dropped.

Austin Nicholson’s aunt would later raise him in Iowa.

“I’m not God and I was not there,” Hughes said of the bathtub burning. “I do not know what happened. But to say that injuries were inflicted indicates intentional infliction of injuries.”

The plastic surgeon’s report on Austin Nicholson is inconsistent with other accounts from doctors, social workers, teachers, child abuse experts and family members, which are also in court filings.

Our Views: Before Jeff Hughes landed on Louisiana Supreme Court, he made a mockery of justice

As a justice of the Louisiana Supreme Court, Jeff Hughes is supposed to embody the highest standards of judicial conduct.

A doctor who specialized in forensic pediatrics — and who ran LSU’s fellowship program in that field — also reviewed Nicholson’s case shortly after it happened and saw telltale patterns of abuse.

That doctor sent a letter that prosecutors referenced that said photographs of the boy “clearly demonstrate an immersion scald burn in which Austin was FORCED to sit in scalding water.”

The forensic pediatric expert described the symmetrical pattern of the burns as “definitive for physical abuse.” He wrote that if Austin Nicholson accidentally stepped into scalding water, his nervous system would have sensed that the water was too hot, which would have caused him to fall and resulted in asymmetric burns.

The doctor also labeled the burns on Austin Nicholson’s feet as having a “stocking distribution,” which the U.S. Department of Justice also describes in child abuse prevention literature as a characteristic of deliberate immersion burns.

“The injury pattern further shows depraved indifference with intent to cause great pain in the perpetrator,” wrote the forensic pediatric doctor.

James Gill: His actions were 'inimical to the pursuit of the truth' but now he's on the Supreme Court

The question is not whether Louisiana Supreme Court Justice Jefferson Hughes belongs at the top of the judicial pile; the question is why he w…

Days before the bathwater incident, the young boy told social workers that his stepfather spanked him with a paddle “because he was bad” when his mother was gone. Marc Fuselier claimed he only gave the boy "two licks on the butt" and pledged to stop, according to interview summaries filed in court.

Fuselier recently denied in an interview with this newspaper that he had ever hurt Austin Nicholson, and he specifically denied paddling the boy though he acknowledged keeping a paddle as a threat.

A Head Start employee’s account, also included in court records, said she saw bruises on Austin Nicholson and asked if someone hurt him. He nodded yes, but then he shook his head no, she said at the time.

Though Hughes raised questions about the child abuse case, he would not confirm the dates of his relationship with Durbin, who has not returned The Advocate’s messages.

Durbin practiced before Hughes in the custody case until August 27, 1998, when she withdrew and turned it over to another attorney. Four days later, Hughes granted Austin Nicholson’s mother unsupervised visitation.

Austin Nicholson’s grandmother later argued that Hughes needed to recuse himself from the custody case because of bias in favor of Durbin’s clients, given their romantic relationship. Hughes denied her motion to boot him from the case.

Durbin was also filing motions with Hughes in Fuselier’s criminal case until the judge took himself off it on Sept. 21, 1998, without explanation. Before that, he had signed off on a handful of subpoenas and set hearings on several of Durbin’s motions, including one to suppress a confession from Fuselier.

Hughes declined to explain to The Advocate how the timeline of his relationship with Durbin affected his actions in the criminal or custody case. He noted, however, that Durbin was no longer enrolled in the custody case at the time he granted visitation rights to Nicholson’s mother.

The First Circuit Court of Appeal eventually issued a stay in the Nicholson custody case, the FBI started to issue subpoenas shortly afterward and the case was reassigned to another judge.

Hughes also has declined to answer questions about the outcome of a Judiciary Commission investigation into him, which included complaints from both the Nicholson case and another custody case he was overseeing around the same time, along with perhaps others.

Hughes wrote apology letters in both cases, but told The Advocate he only remembered writing one to Austin Nicholson’s grandmother.

He declined to answer questions about his negotiations with the Judiciary Commission, and about how many more apology letters he might have written over the course of his 28 years as a judge.